The selections are in 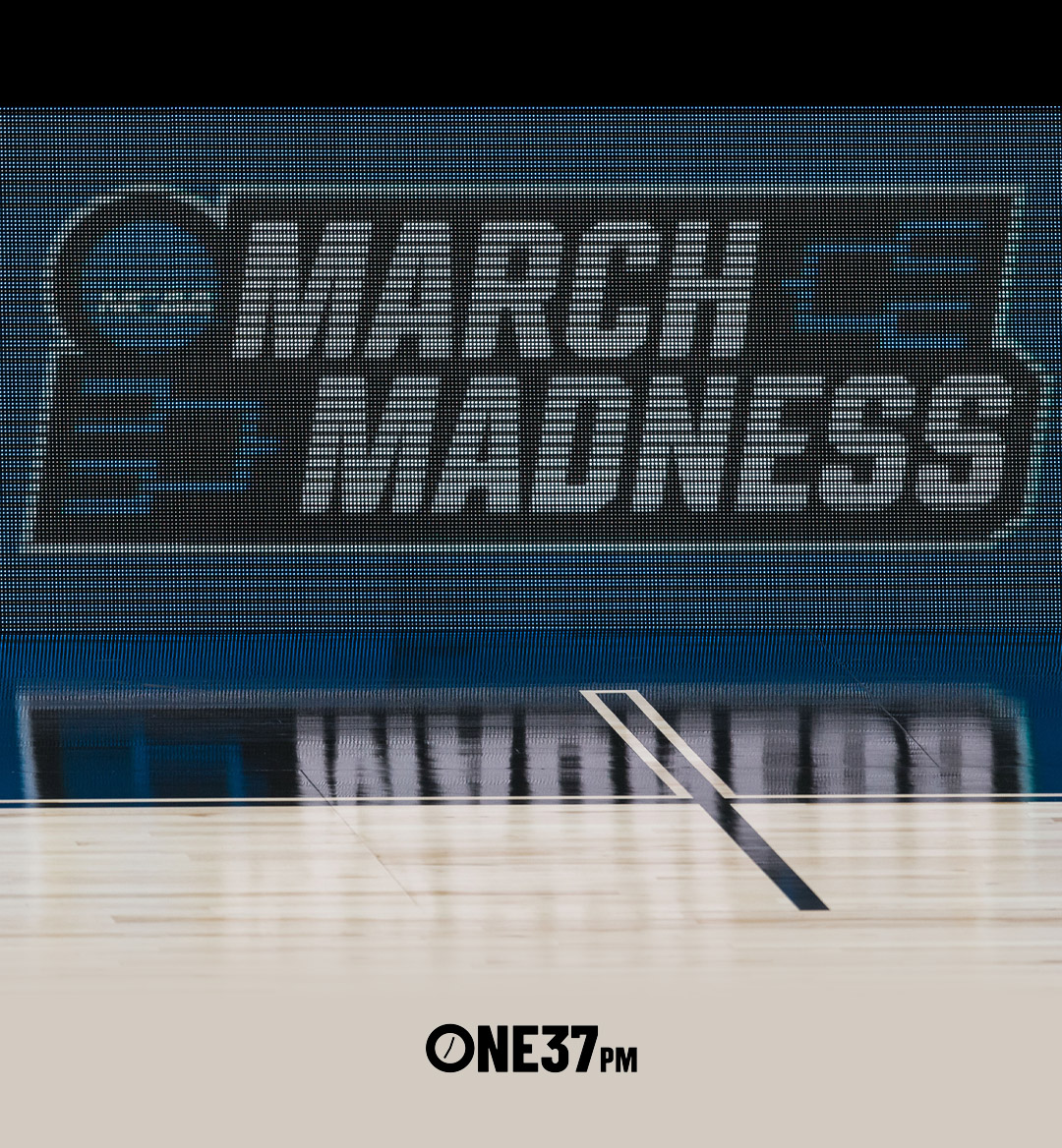 Hello March Madness! It feels so good to be saying the words ‘March Madness’ again after the entire tournament came to a screeching halt due to the Coronavirus pandemic last year. It felt weird not experiencing the magic of ‘Cinderella’ stories, buzzer beaters, and major upsets, but we are finally here again.

With 68-teams set to go dancing, we have selected seven that you should be watching in the coming days. Now, this list isn’t just the top-seeded teams; it also contains the squads we think could make some serious noise in the tournament. We’ll be updating this list in the coming days, so be sure to keep up with us as we tip-off our March Madness coverage.

Gonzaga is our prediction to win the national championship, and here is why —The Zags are crushing people on offense, beating most of their opponents this season in blowout fashion. That trend continued during the West Coast Tournament, with Gonzaga taking out the BYU Cougars, Santa Clara Broncos, and Saint Mary’s Gaels, all by 10 points or more. The No. 1 seed boasts a loaded roster full of versatile scorers such as Jalen Suggs, Corey Kispert, and Drew Timme, and the team leads the nation in offensive efficiency with their near-perfect ball movement and ability to outsmart defenses.

Kispert is a dynamic player that makes contributions on both ends of the court. He can catch fire from 3-point range and is one of the best in the NCAA at taking it to the hoop. Kispert’s game is reminiscent of NBA scorers like Kyle Korver—and he is known to regularly pull up from NBA range.

Jalen Suggs’ athleticism will be on full display during the tourney, with the point guard being recognized as an elite slasher, scorer, and playmaker. Suggs has generated tons of buzz this year as a 2021 NBA draftee and has been a tenacious and rarely guardable player, giving his opponents headaches on a nightly basis.

Timme is one of the Zags’ most impactful players with crafty footwork and finesse. He can bring in around 20 points per game and is the team’s leading rebounder. Opponents have rarely gotten a second chance this season with Timme on the floor, and his defensive contributions could end up being just as important as what he does on offense.

The Zags could end up being tested in the later rounds of the tournament, but barring anything major, they should steamroll their way to the Final Four.

The team begins their tournament journey on March 20th.

First of all, what a battle between LSU and Alabama; talk about beating somebody by a hair. Obviously, It should come as no surprise that Alabama is on the list. Enjoying one of their most historic years in program history, Bama has been dominant, winning 16 SEC games for the second time ever, with plenty of blood, sweat and tears shed along the way. The defense has been Bama’s secret weapon, and the Crimson Tide looks to carry that momentum into March Madness as they take on the No. 15-seed Iona Gaels. Senior Herb Jones was recently named Tide Athlete of the Week, and came up huge in the SEC championship final with his game-sealing block, while sophomore Jahvon Quinerly, the SEC tournament MVP, scored 14 points.

JQ has proved a lot of people wrong this year, averaging a solid 15 points off the bench, and his play will be extremely important as Bama begins their tournament quest.

Prior to the Big 10 tournament, the Wolverines had been on a bit of a rollercoaster ride with different high and low moments (including difficulties with Covid), but they bounced back nicely with a strong showing during the conference tourneys. With the exception of Ohio State (who defeated the Wolverines on March 13th to win the Big 10 championship), Michigan handed beatdowns to the Michigan St. Spartans and Maryland Terrapins, but they are going to be missing somebody very important for the time being—senior Isaiah Livers. Livers suffered a stress fracture in his foot (something that had been building up over time), and is likely to miss the remainder of the postseason. His presence was sorely missed in Saturday’s loss to the Buckeyes, and while the Wolverines should be able to easily get through the early rounds, they could end up running into trouble later on.

Michigan is slated to begin their tournament run on March 20th and will find out their opponent later in the week.

The Buckeyes still have the potential to make the Sweet 16. The team had a solid run during the conference tourneys, hanging in there with Illinois, but this season's biggest issue has been their inconsistency. The Buckeyes were on a tear prior to the middle of February, but since then, it has been a matter of trying to figure out which Ohio State team you are going to get on a nightly basis. When they are locked in, they can be virtually unstoppable. Duane Washington Jr. and E.J. Lidell lead a standout offense this year, but their defense struggled at times. That could wind up being a problem for them down the road, and Ohio State shouldn’t sleep on Oral Roberts when they face them Friday afternoon. Oral Roberts is a team that can give you the business offensively, and they are excellent at spreading the floor, picking their sweet spots, and just so happen to have the nation’s leading scorer, Max Abmas, as one of their weapons.

It has been roughly sixteen years since we last saw Illinois snag the number one seed, and the Fighting Illini are eyeing a national championship. While Illinois is enjoying their conference tournament championship win against Ohio State, they understand that the work is far from being finished. Big Ten award winners Ayo Dosunmu, Kofi Cockburn, Andre Curbelo, and Trent Frazier make up the team’s core, with each bringing a valuable range of talents.  Dosunmu is a clutch player unafraid to take on big moments, and Cockburn is a commanding big that can control both sides of the ball. Illinois’s supporting cast is also strong, making them a complete team that can give you a little bit of everything.

Of note: Illinois has a polarizing defense. They are probably among the most skilled and intuitive teams in the nation when it comes to predicting offensive schemes, and their reaction times are impeccable.

This is getting tough. The Baylor Bears are poised to have a legitimate shot at winning the championship. They had a stellar regular season and possess the AP Big 12 Player of the Year, Jared Butler. The tournament loss against the Oklahoma State Cowboys shouldn’t necessarily be an indictment against the Bears—Baylor knew ahead of time that their spot in the tournament would be guaranteed, and in those cases, teams may hold back their best efforts to prevent injuries, conserve energy, etc. The Bears’ offense is led by players like Davion Mitchell and Macio Teague, and their chemistry and confidence are soaring at just the right time. That said, Baylor’s loss is an example of how an off-night could result in an upset.

Speaking of Oklahoma State, whenever you have the projected No 1. pick in the NBA leading your roster, anything is possible. Cade Cunningham is a monster, and the Oklahoma State Cowboys have been on a roll, upsetting Baylor to win eight of their last nine. Cunningham is a pure scorer, capable of putting up 20, 30, or even 40 points on any given night. His clutch factor is also insane, and at this point, we’ve lost track of how many game-winning jumpers he’s nailed over the last month or so. The Cowboys could make a deep run—beating the Bears has given the team the confidence of knowing that they can hang with anybody. It shouldn’t be a surprise if Oklahoma State ends up making the Sweet 16 (or perhaps further).