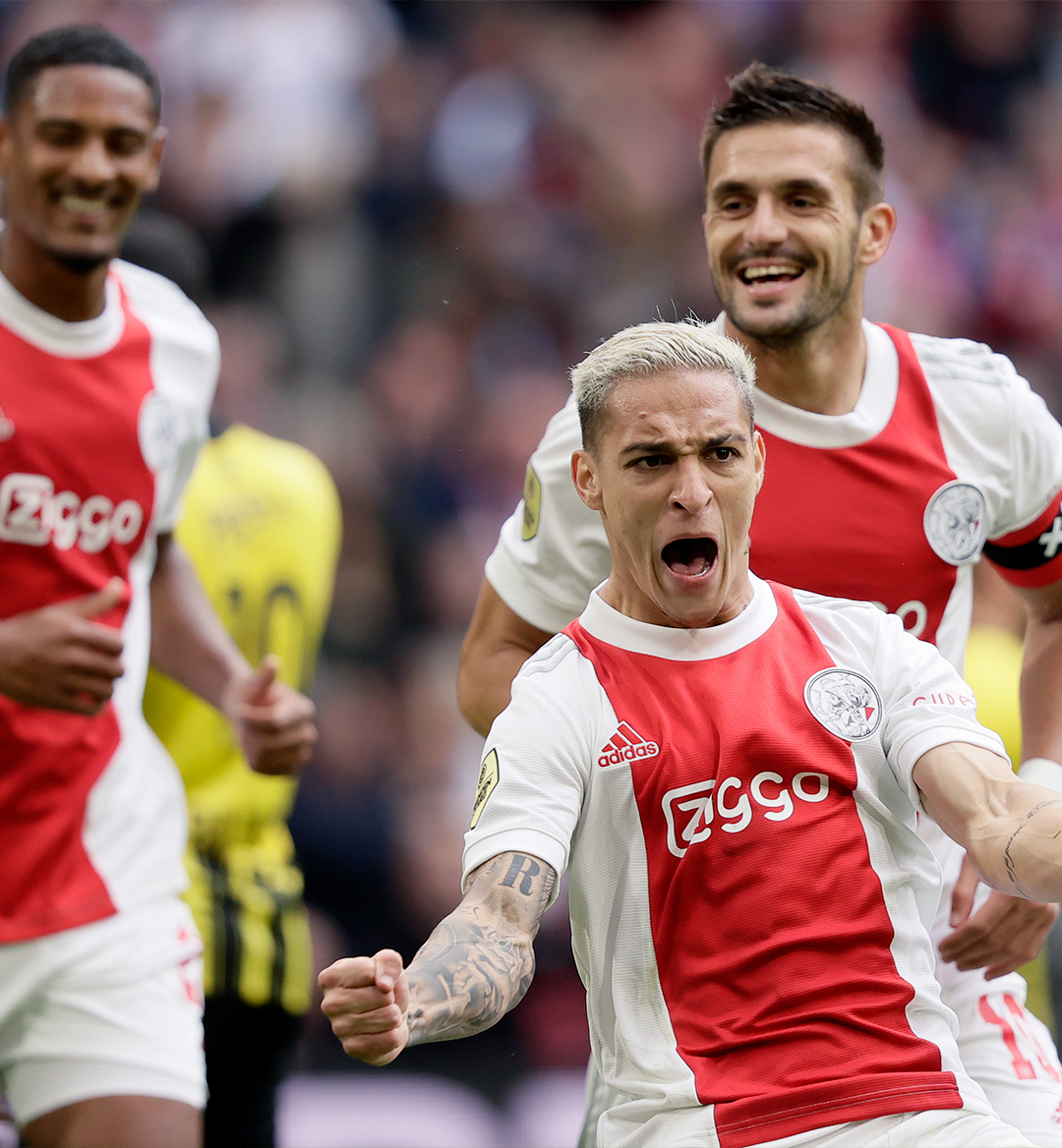 Ajax is known for producing top-end talent almost yearly, and Antony is no exception as he prepares to lead Ajax on a deep UEFA Champions League run.

We're just a few seasons removed from Ajax's magical run to the UCL semifinals and n0w the Dutch giants could be in line to repeat that success in 2022.

Antony is one of several key players under the age of 25 that have contributed massively this season for Ajax, including Edson Alvarez, Lisandro Martinez and Jurrien Timber.

The Brazilian has been huge for the Dutch giants all season, scoring 11 goals in all competitions, including two in the Champions League.

With Antony's meteoric rise this season, ONE37pm takes a look at how the Ajax playmaker is progressing.

Antony is a versatile Brazilian that utilizes his pace and skill with the ball to perfection.

The Ajax star mainly plays on the right wing where he can cut in on his preferred left foot, but he's been known to slide centrally at times at Ajax to work more closely with Sebastien Haller.

Antony is one of many promising Brazilian wingers, including Vinicius Jr., Raphinha and Rodrygo.

If things continue to go well for Ajax this season it's very possible Antony makes a giant move before he heads off the the World Cup in Qatar this November.

Given the timing of this year's World Cup though, some high-profile moves could be on hold until after the competition.

Antony has been on many team's watch lists given his ceiling and that could lead to a bidding war as clubs across Europe aim to secure one of the sport's next attacking talents.