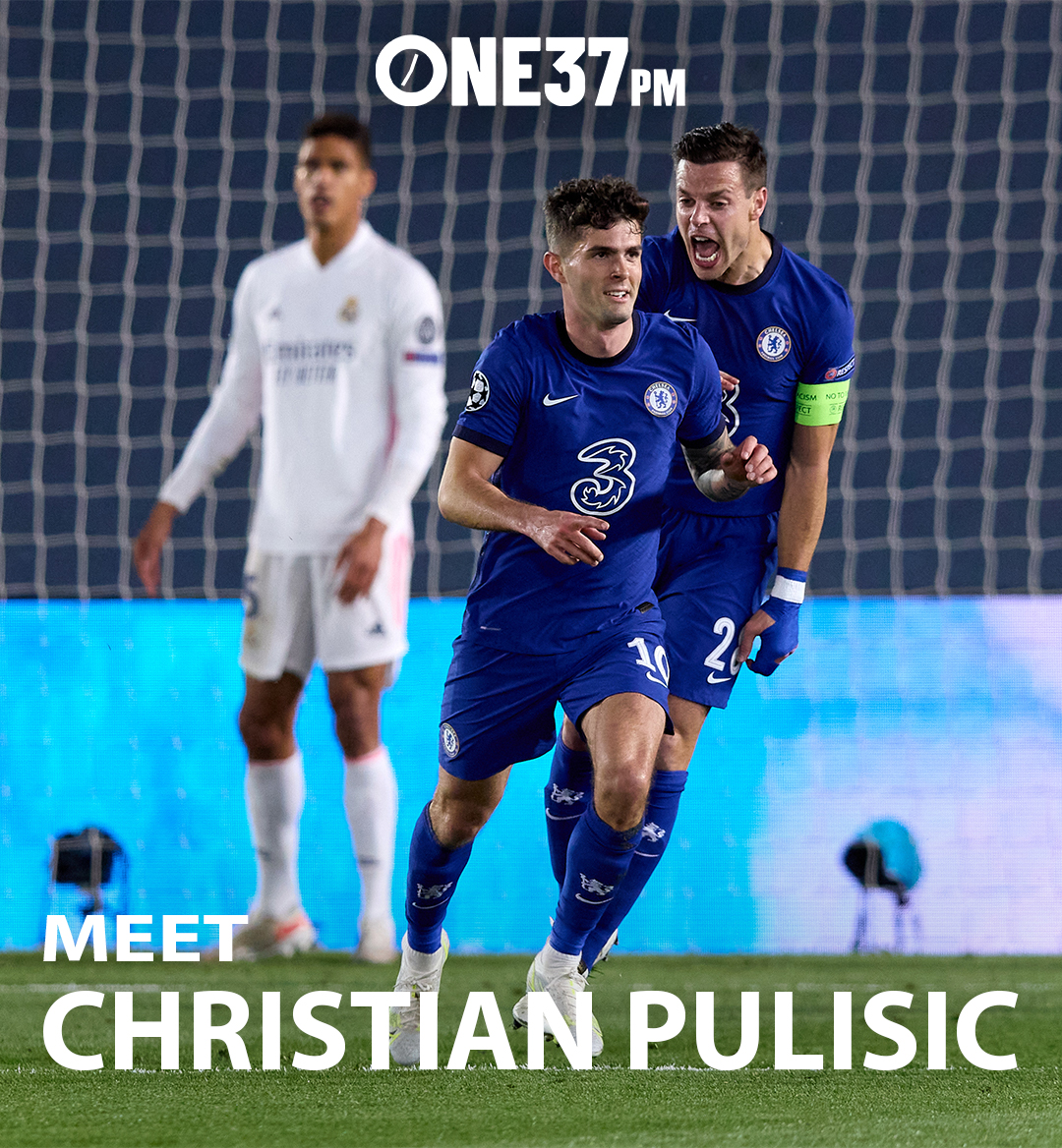 Being one of the most high-profile American footballers ever has brought on massive expectations for Christian Pulisic, but the U.S. Men’s National Team star is shouldering the weight with great confidence and grace,

Pulisic and Chelsea are currently in the midst of a tremendous turnaround in 2021 after struggling at times over the first half of the season.

The USMNT attacker has fought his way into Thomas Tuchel’s starting XI and is now in prime position to help his squad reach the UEFA Champions League final with a result against Real Madrid next week.

His recent goal against Los Blancos proved critical for Chelsea, who now boast an important away goal heading into the second leg of their meeting.

Ups and downs define young players, and at only 22 years old Pulisic has already endured his fair share of triumphs but is succeeding in spite of the bumps in the road.

Americans have gotten their hopes up about teen prodigies in the past, and the amount of pressure put on Pulisic has been unlike anything U.S. futbol has seen since the early days of Freddy Adu’s career.

Pulisic comes from a football background, with both his parents have played at a high level. That includes his father, Mark, who played competitive indoor futbol with the Harrisburg Heat back in the 1990s.

While living in England for a year at the age of 7, Pulisic had the opportunity to train with Brackley Town’s academy, a club involved in the country’s sixth-tier of football. When Pulisic came back to the U.S. the following year he became further immersed in the game.

Growing up in Pennsylvania, The 22-year-old had the chance to play for top U.S. Development Academy club PA Classics for the better part of seven years.

That’s when Borussia Dortmund came calling in early 2015. After first earning a shot with the German giants at the Under-17 level, Pulisic quickly outgrew the squad after shining with the team during their season.

He scored 10 goals and assisted on eight more over the course of 15 games, and that’s when former Dortmund boss and Pulisic’s current manager Tuchel recognized Pulisic was in need of first-team minutes.

Nearly four seasons with Dortmund helped Pulisic garner even greater recognition from top Premier League sides like Manchester United, Tottenham and Chelsea. He would ultimately land with the Blues in 2019 after the London side paid the largest transfer fee in football history for an American player. Pulisic became the second USMNT player in Premier League history to record a hat-trick, with Clint Dempsey previously being the other American.

When Chelsea brought in Pulisic there were enormous expectations for the American to fill the void left by Eden Hazard. In a lot of ways they are similar, minus Pulisic’s height advantage in comparison to the Belgium international.

Pulisic’s style is reliant on his quick pace, ability to dart into open space and past defenders on a regular basis. He’s not flashy with skills, but also doesn’t need to be because of his tremendous ball control and knack for picking out teammates going forward.

In Chelsea’s Champions League quarter final against Porto, Pulisic suffered the most fouls in almost a decade because of the Portuguese side’s awareness of how dangerous the USMNT winger can be. Again, very similar to Hazard at his best during his Chelsea days.

While the goal scoring production isn’t quite at the level of Hazard or some of Chelsea’ previous attacking threats just yet, Pulisic is improving regularly and there’s no question that his recent form will propel him to another level in the final third.

When Pulisic is able to stay on the pitch he’s an absolute nightmare for opponents, and there’s no doubt that his ceiling is similar to that of Hazard during his Chelsea days.

The one reason for skepticism has been the injuries Pulisic has suffered early in his career, including a number of muscular ones. His recent form has silenced the doubters though, especially after rumors began swirling about a potential exit from Stamford Bridge when Pulisic wasn’t included in Tuchel’s side for some time.

He’s won his job back and doesn’t appear willing to give it up. That’s the sign of a competitor and one that has massive ambitions for himself and his country. It starts with the Champions League and FA Cup, where Chelsea are in prime position to pull off a double.

Pulisic has a huge summer ahead, followed by a 2022 that could see the USMNT back at the World Cup after missing the previous edition in Russia.

There will be a significant weight for Pulisic and his teammates to carry with this U.S. team dubbed one of the most talented in the country’s history on the men’s side.

With Weston McKennie, Tyler Adams, and Sergino Dest among the other star players featuring alongside Pulisic, every American is hoping this group can accomplish something no other American men’s team has done before; win a World Cup.