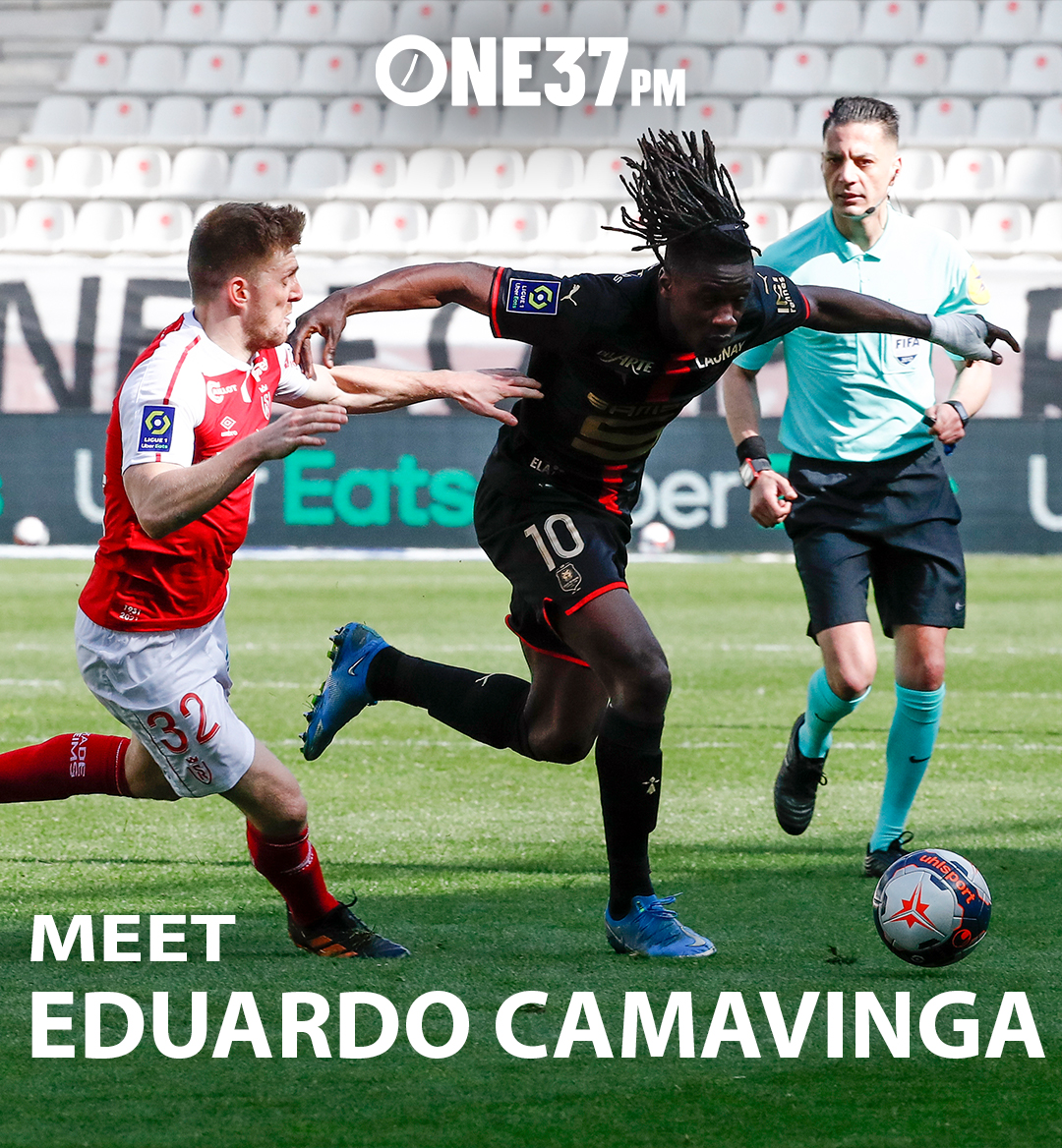 France is currently in the midst of its latest golden generation of football and it’s easy to tell why they’re not only the reigning World Cup champions but also in line to have great success for many years to come.

Kylian Mbappe’s emergence for club and country has him as one of the heirs to throne once Lionel Messi and Cristiano Ronaldo decide to finish their respective careers, but France has another young talent that is only beginning to recognize his potential.

That player is Rennes’ Eduardo Camavinga.

The 18-year-old midfielder has been at the club for over eight years, but with massive clubs like Real Madrid, Liverpool and Manchester United linked to the youngster it’s hard to imagine Camavinga will be spending much more time in Ligue 1.

Rennes isn’t a household club for those that don’t regularly follow Ligue 1, but the club has produced some incredibly talented players prior to Camavinga’s rise to stardom, including Barcelona’s Ousmane Dembele and former Manchester United defender Mikaël Silvestre.

Camavinga began his youth career at Rennes in 2013, but his full story beyond football is quite astonishing.

Born into a refugee family in Angola, Camavinga and his Congolese parents moved to France when Eduardo was just two years old.

By the time he was 11 he arrived at Rennes’ youth system and signed his first professional contract with the club just after turning 16. It’s been evident since early in his senior career that Camavinga has immense potential and his rise at the club in a variety of positions has him on track for a massive move in the near future.

Upon making his first-team debut, Camavinga became the youngest player to ever suit up for Rennes and became an instant starter in the French club’s squad.

On the international stage, Camavinga has already been selected by France for several friendlies and UEFA Nations League matches at or prior to the age of 18. Camavinga scored in his first start with Les Bleus in October 2020, becoming the youngest goal scorer for France in over 100 years (Maurice Gastiger in 1914).

When observing the success of France throughout the 2018 World Cup and currently, a player like Camavinga is vital moving forward for Les Bleus.

He mirrors himself after players like N’Golo Kante and Paul Pogba, creating space for himself in possession because of his tremendous pace and ability to carry the ball upfield.

Similar to Joshua Kimmich at Bayern Munich and the German national team, Camavinga started as an outside back and quickly moved into a central midfield role due to his ability to play both going forward and tracking back on defense.

For a country like France that only conceded six goals in seven matches at the last World Cup, a player of Camavinga’s defensive nature is so crucial.

It only seems like a matter of time until Camavinga completes his first big-money move outside of France, and with the massive clubs chasing him it could be as early as this summer after EURO 2020 (being held in 2021).

Camavinga likely figures to play a role in the French squad, and with Les Bleus expected to make a deep run in the competition it’s a safe bet that you’ll see the Rennes star at some point during the tournament.

The growing need for a versatile and strong-willed defensive midfielder is incredibly important in the modern game. Just ask Chelsea with Kante or Madrid with any of its well-adapted midfield trio of Luka Modric, Casemiro and Toni Kroos.

Camavinga’s ability to play multiple positions makes him the ideal candidate for a number of clubs, including several in the Premier League seeking a Kante-like player that can help their team for the next decade-plus.

Rennes managed to move current Chelsea goalkeeper Edouard Mendy at the beginning of the current European season for a significant sum, but that’s nothing compared to what the Ligue 1 side would command for Camavinga’s transfer fee.

According to Transfermarkt’s valuation of Camavinga, he’s currently tied for the fourth-most valuable French player in the world at roughly $66 million, which is on par with Antoine Griezmann and Paul Pogba. That should speak volumes about Camavinga’s potential.