This is one of the final—and goddamn best—editions of the list. Get your rally caps on 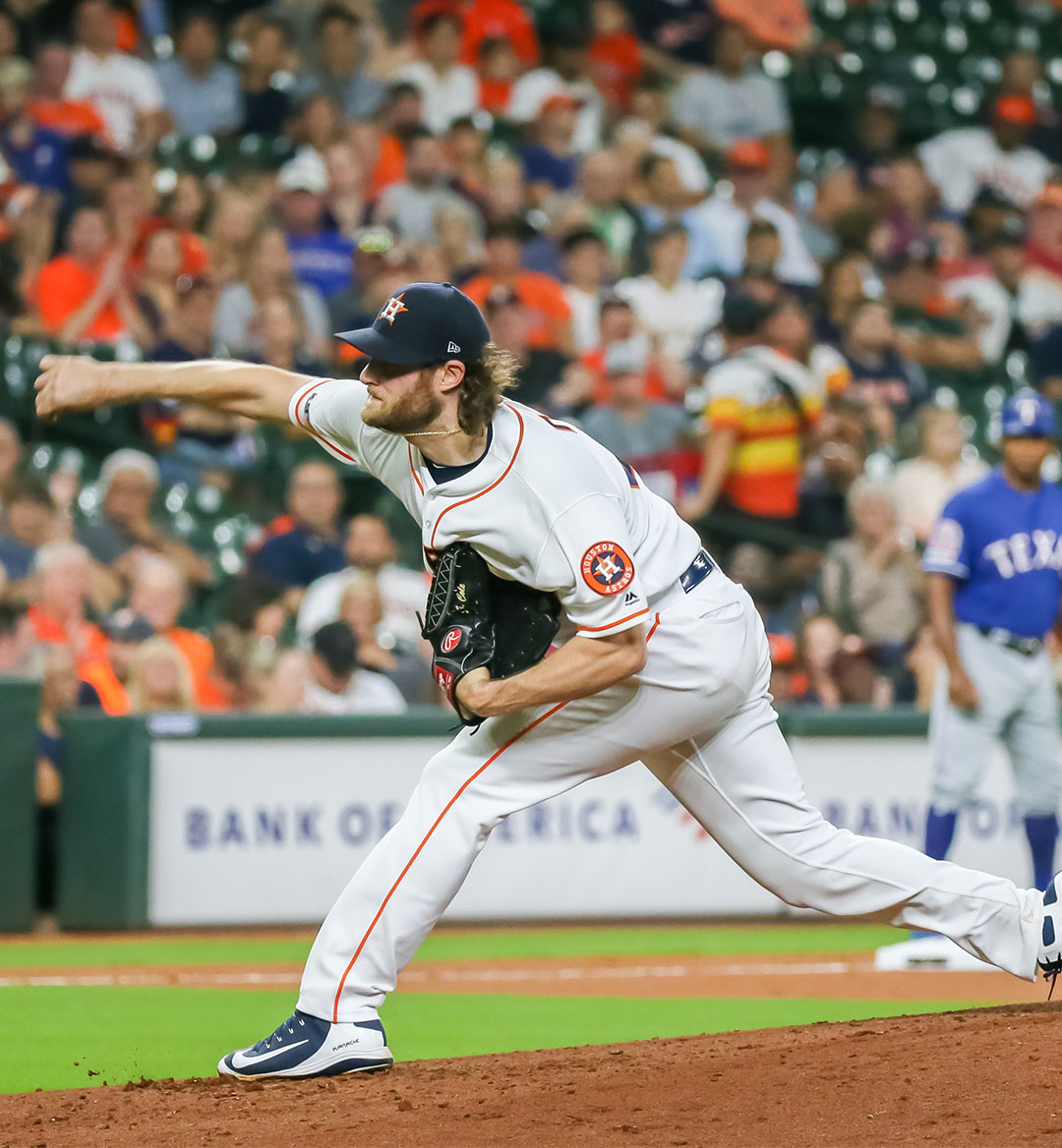 Welcome to ONE37pm’s weekly MLB player rankings. These are the top 25 best performing players in MLB as of this minute. It’s not the best players in the league, or who we think has the best end of season numbers (sorry, Mike Trout).. it’s who is en fuego right now. This ranking takes into account everything from Sep. 6 until today.

This list is curated by members of our team: Drew Balis, Chris Choyce, Bobby Glennon, Carter Snyder and Dave Zhang. We'll be updating this list every week, so keep it bookmarked and definitely let us know what you think of the rankings on our Twitter @137pm.

What else can we say about Gerrit Cole? Double digit K’s in his last eight starts, a 19-5 record for the year, and a big payday to come. The AL Cy Young vote between him and Verlander will be fascinating.

Learn his name now so you’re prepared for October. J.J. Watt already knows it. Alvarez’ 25 home runs and elite .421 on-base percentage holds up both to the naked eye and when you dive deeper into the analytics.

Bregman is putting up an MVP contending season—currently hitting .296 with 110 RBI and 40 HR for the Astros.

Edman’s productivity has spiked in September, and while the power may fade (four homers in the last two weeks), his contact skills are legit… and so is his speed. His 29.4 ft/second sprint speed actually ranks him in the top 4% of the league, making his pristine SB success rate sustainable (14-for-15 so far).

DeGrom will end the season in Cy Young contention, again. He wasn’t quite as elite as last year, but man has he been good. Zero ER over his last three starts with 24 Ks and a FIP under 1.50. The Mets may continue to crush your hopes and dreams, but at least Jacob is here to shake your hand and wish you well for next year.

After just barely missing a no-hitter on Wednesday, one of our favorite players finally makes his season debut on the list. But it sounds like we’ll have to wait until Game 3 of the ALDS to see an eephus like this again.

Zack Greinke's 63.6 mph eephus curve to finish his 7th no-hit inning might be the finest pitch I've ever seen pic.twitter.com/sJByeCAIKH

One of the top prospects heading into the year, Jiminez has been up-and-down this season but is scorching the ball over the past two weeks (hitting .412 with five home runs).

His 224 wRC+ is top-five over the past three weeks, and he’s been an RBI machine, which is kinda tough considering the AAAA lineup the Orioles trout out there every day. Mancini is a legit sleeper for next year if he can keep his power gains from this year (his season long 23.1% HR/FB is easily repeatable and improvable!). With a better lineup around him and his 35-40 HR power, maybe he’ll be the next 40 HR 120/120 R/RBI guy??

If you follow the Rockies at all, you know they hate their rookies. But Hampson is finally getting to play every day and he’s showing that upside. Over the past month he’s put up a 155 wRC+ with 5 HRs and 9 SBs.

Will he have a job next year? No idea! But welcome to the list, Mr. Hampson! Enjoy your couple days in the sun.

Seager has five home runs over his past 15 games. Fully healthy for the first time since 2017, he’ll be a key part of the Dodgers lineup as they enter October.

The slugger has hit more HR in a single season than any Cubs’ lefty since Billy Williams. Schwarber has been a bright spot for the Cubs this year, with a .337 OBP and 37 HR.

Porcello hasn’t had the finest season overall, but a 2.25 ERA and 20 strikeouts in his last 17 innings has been an impressive way to close things out as he enters free agency this winter.

After a rough 2018 Christian Vazquez has arrived in a big way this season. The Red Sox haven’t done much over the past two weeks, but don’t blame their star catcher who’s hitting .343 with four home runs and two (!) stolen bases.

Nellie is back! After a List hiatus for injury, he’s back and leading the Twinies into the post-season. 39 years-old, with 40 bombs and over 100 RBIs. Good job man! Sporting a 184 wRC+ over the last three weeks, he’s showing no signs of slowing down. We’re excited to see what he and Twins bring into the post season.