The Best (and Worst) Wrestling Merch of 2019

We did the research so you don't have to 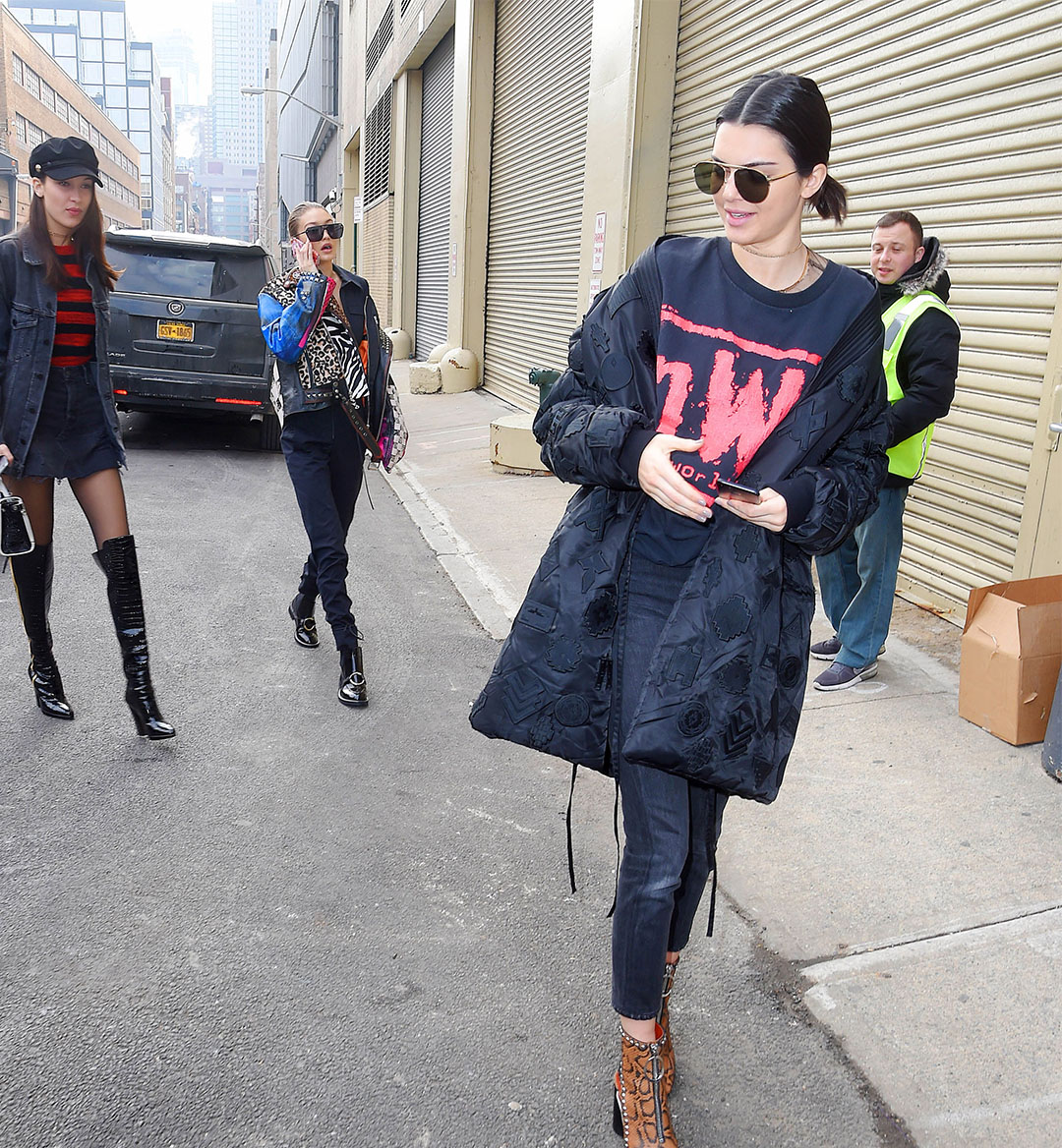 Pro-wrestling fans aren’t exactly known for their sartorial decision-making skills, but even WWE is greatly underestimating the taste level of their audiences with the latest batch of NXT merchandise. Looking to cash in on NXT’s television debut, a handful of atrociously designed tees representing a bevy of rising superstars were discovered this past week on the WWE shop: Something must have gone wrong, fans guessed, for these to have been approved at all.

What’s frustrating about the new fashions is that there’s already plenty of stylish and trendy merch available online to support your favorite grapplers, much of which is as slick as the hottest streetwear out now. While WWE may be aiming for lowest effort output, indie designers have been working overtime to deliver deeply cool looks with edgy sensibilities.

Now, we’re counting down some of the worst merch we could find and showcasing the wrestlers who have aspired to much higher heights. (For the sake of brevity, as far as the worst shirts are concerned we’ll only be looking at bad designs, as opposed to purposefully offensive or intentionally ugly. The even more elusive category of so-bad-it’s-good will also be tabled.)

All Elite Wrestling has positioned itself as the younger, trendier alternative to the stodgier and more conservative WWE, but you wouldn’t know it from the merch available for the brand’s executive vice president. The jingoistic and patriarchal imagery on every design borders on patently disturbing, especially considering our current political climate. 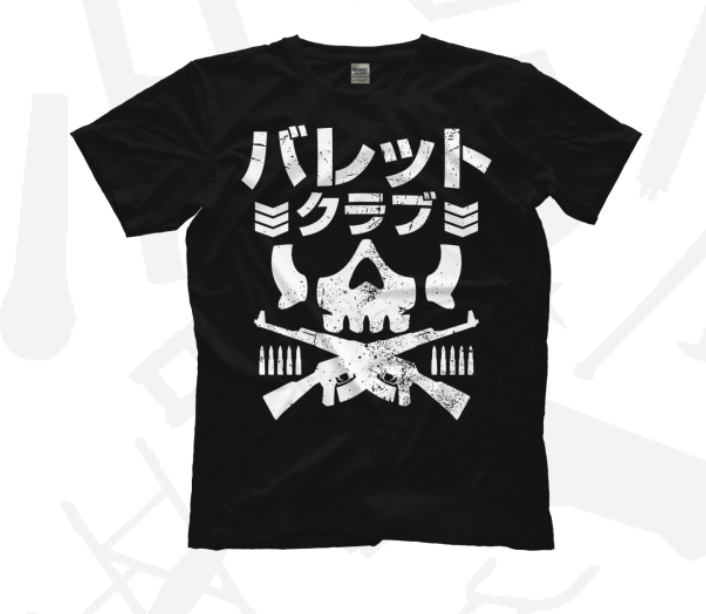 There’s nothing inherently wrong with the Bullet Club design (although the firearm-worshipping iconography is certainly questionable when taken out of context), but the ubiquitous black and white tees have become synonymous with the worst kinds of ultra-serious wrestling fans usually seen trolling superstars’ replies on Twitter. 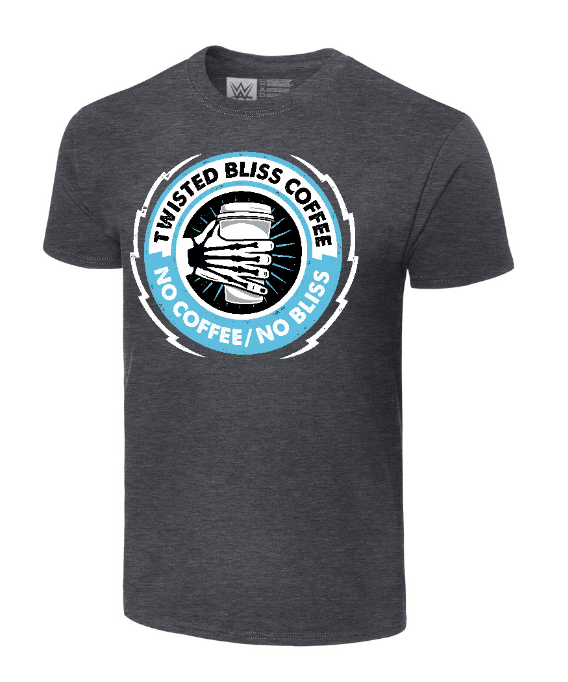 It’s unclear how the tiny, Harley Quinn-inspired brawler got saddled with a Starbucks gimmick, but this incomprehensible graphic is illegible to anyone who missed a series of incoherent talk show segments briefly featured on television. Even the most die-hard Blissfits should stay away. 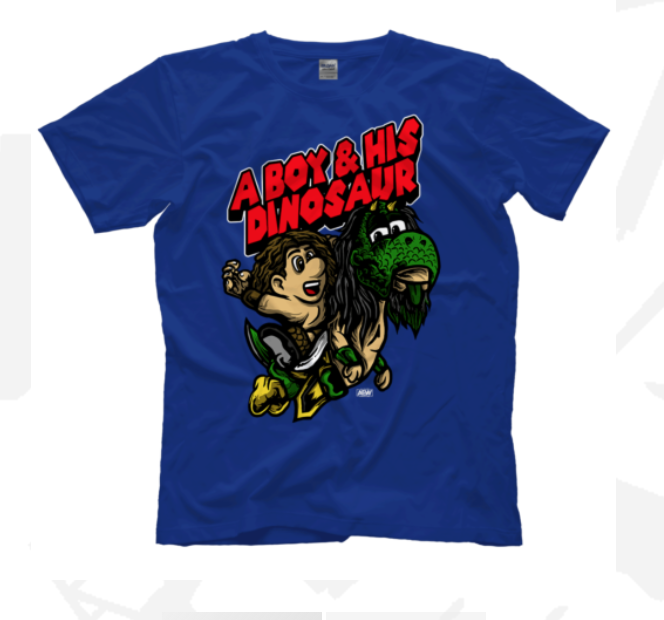 Jungle Boy and Luchasaurus are one of the most beloved tag teams currently working in pro-wrestling, but there’s something grotesque about this pop-culture crossover tee. Aside from the laziness of the Super Mario reference, the doodle of a bearded Yoshi is as nauseating as it is nostalgic. 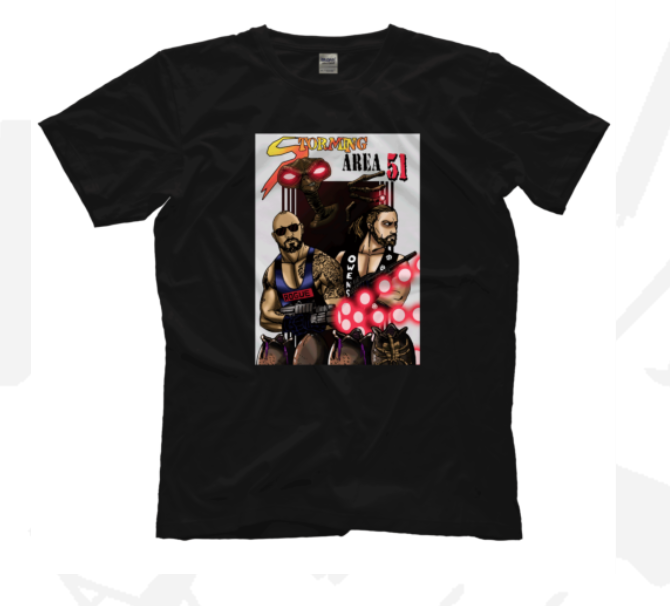 Chase Owens is a relatively smaller figure in the pantheon of New Japan Pro Wrestling, but what he lacks in profile his shirt makes up for in gaucheness. There’s an inherent danger in meme fashion (in that it’s easily forgettable and quickly outdated), and the poorly drawn “Storming Area 51” tee is about as low as it gets. The graphic being plopped right in the center of the garment—with no border or stylistic flourishes whatsoever—is as bad as the actual sketch itself.

Based on a lazy Paul Heyman pun, the retro-inspired graphic has no connection to Brock Lesnar’s fearsome (and deeply loathsome) character. A demon boombox? The soundwave in the background and the gold and green color palette take this tee to next-level ugly that can’t even be rescued by irony. 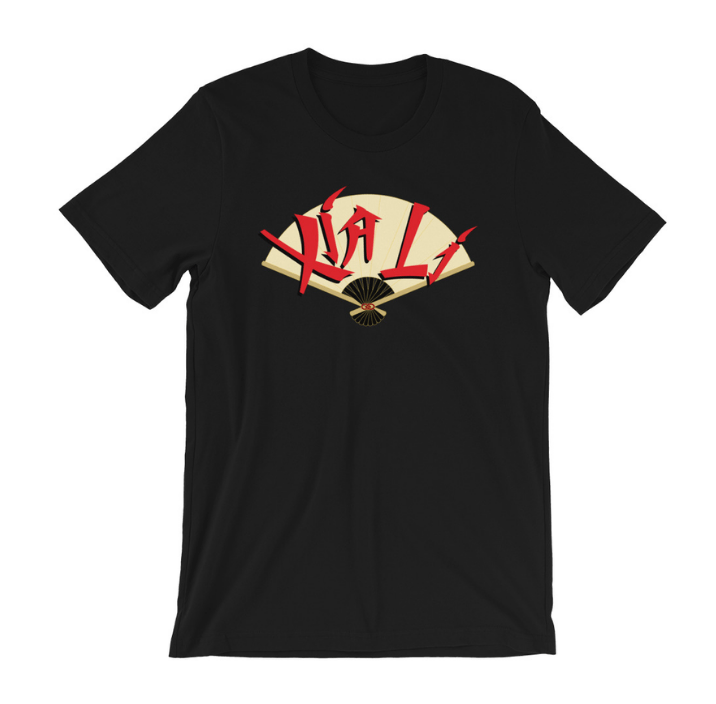 Although these looks were the impetus for this article, it’s worth exploring precisely why they’re so bad: Each tee has no correlation to the aesthetics of the individual personalities they are supposed to represent, and the designs resemble the kinds of soulless AOL-era word art more recently transformed cynically into normcore fashion. If they weren’t so uninspired, they’d almost work as some post-internet art statement, but since they’re supposed to help these burgeoning talents garner new fans, they’ve failed miserably. The Xia Li design is particularly offensive, considering the outdated, orientalist typeface—but none of the others are much better.

Perhaps the most fearsome living fighter—man or woman—in the entire world, Meiko Satomura is known for her insane striking ability and indefatigable grit. Her collaboration with U.K.-based athletics brand SPLX is a smart take on Japanese street style in celebration of her Sendai school. 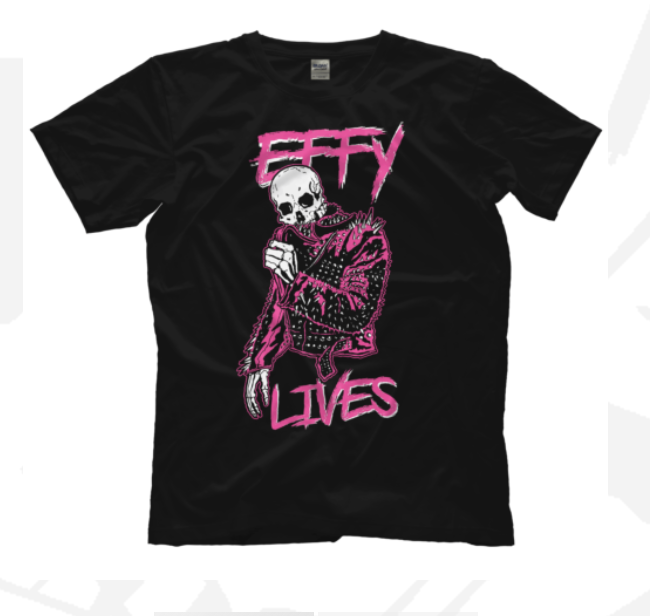 Bawdy brawler EFFY has become a beloved protector of LGBTQ athletes and his collaboration with Brooklyn, New York-based deathmatch wrestler Casanova Valentine is a perfect emblem of a queer and punk rock ethos, showcasing the Southerner’s signature spiked jacket. Although the two recently feuded over the profits from the shirt, it seems likely these bloody buddies will make up sooner rather than later. 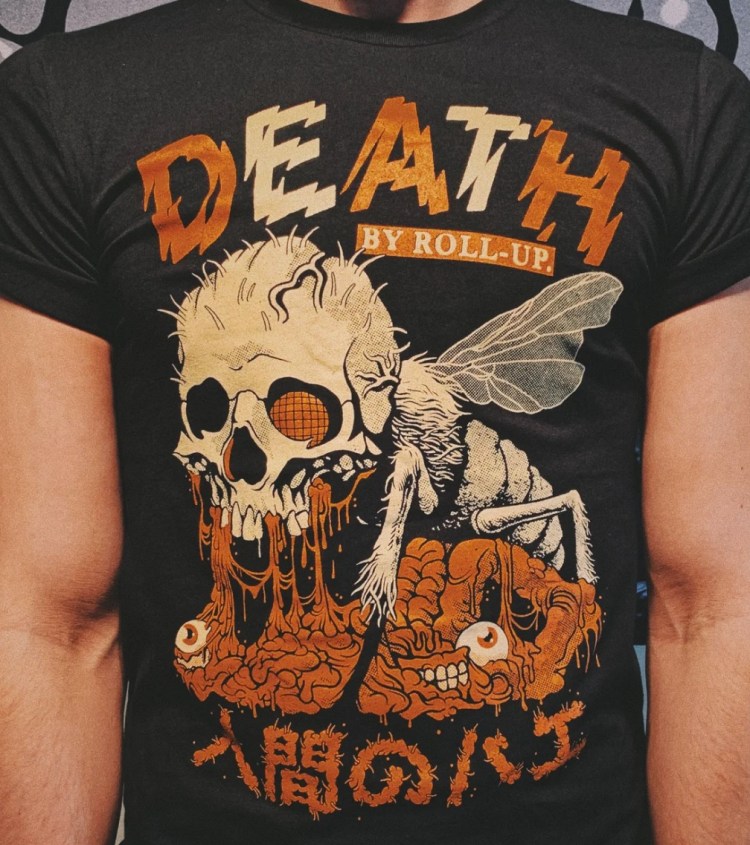 U.K.-based wrestler Chris Brookes, who makes occasional appearances in Japan’s premier comedy league DDT, clearly has an eye for comic-book inspired, satanically influenced fashion. The spooky graphics elevate the otherwise goofy performer to mythic proportions, transforming him from a silly side-character into an ‘80s horror villain. It’s the perfect balance of campy and creepy. They’re sold out for now, but another printing seems possible. 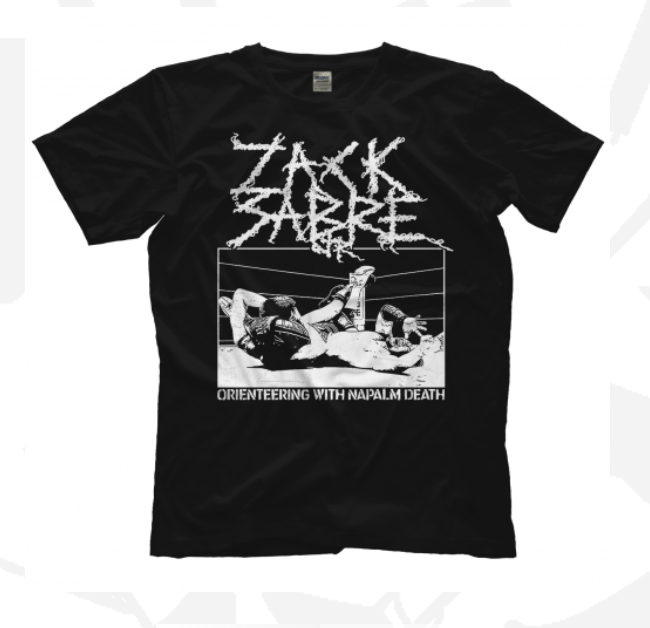 Inspired by the visual language of classic hardcore music, British bad boy ZSJ’s socialist politics are practically oozing from the anti-authoritarian motifs in all of his designs. It’s the best gear possible for protesting Boris Johnson. 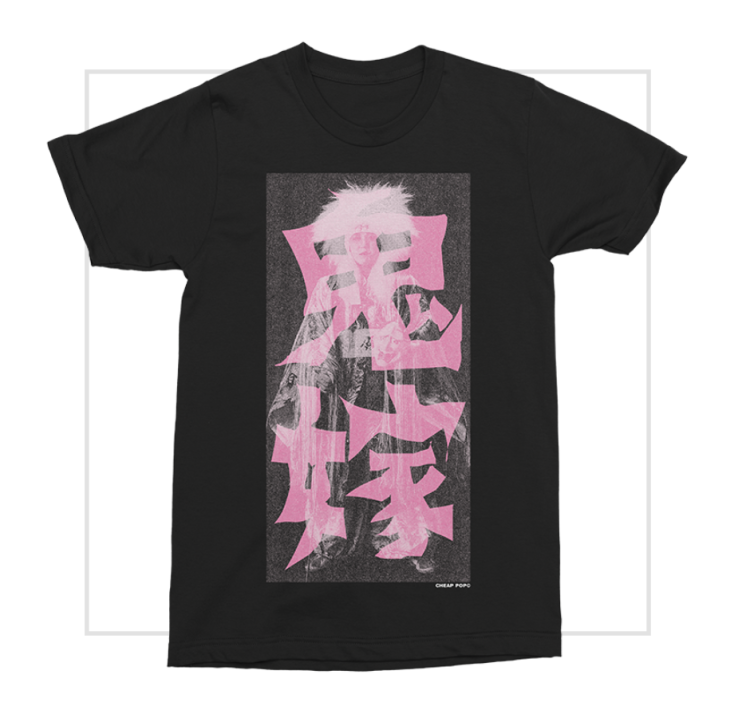 When Akira Hokuto emerged onto the Japanese wrestling scene in the 1990s, her regal accoutrements and fearsome fashion made her an international icon. Cheap Pop has taken her devilish style and turned it into a smart statement tee. 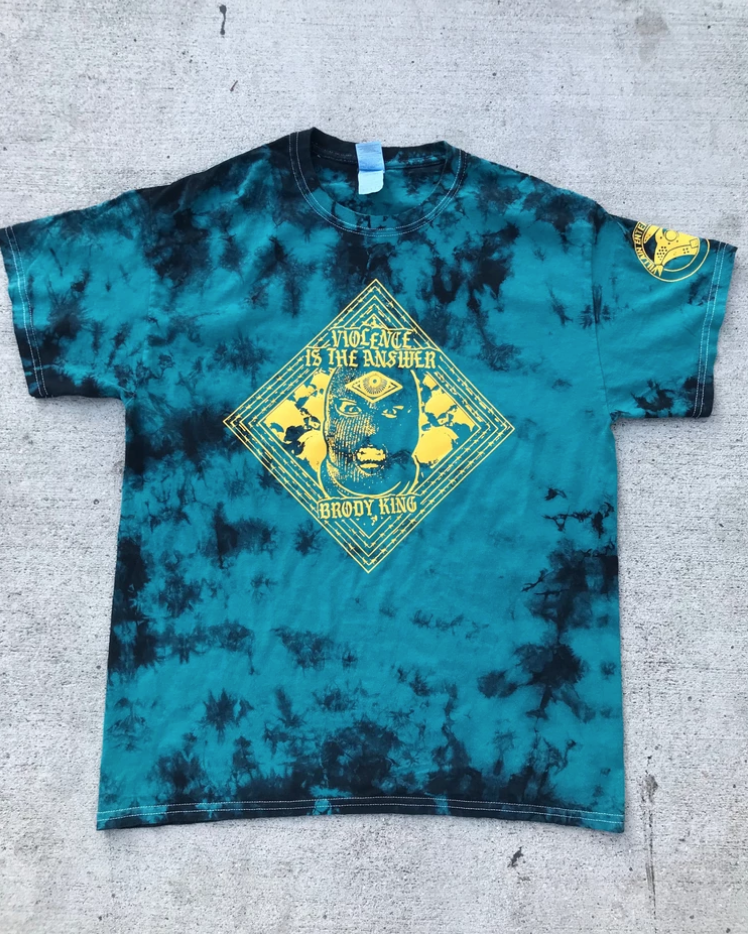 With the return of ‘90s and early ‘00s fashion, it’s no surprise that the trendiness of tie-dye has seen an upswing in recent years. But pairing this pattern with the Villain Enterprise enforcer’s bloodthirsty catchphrase is a cheeky subversion of the hippie philosophy commonly associated with this psychedelic flourish. Hail to the King!

Bruiser Brody will be forever remembered as a patron saint of pro wrestling. Hardway commemorates his legacy in their playful take on his immortal presence with a cartoony but sleek homage.

Related: The 6 Most Countercultural Moments in Indie Wrestling