Why You Should Care About 49ers' Offensive Coordinator Michael McDaniel 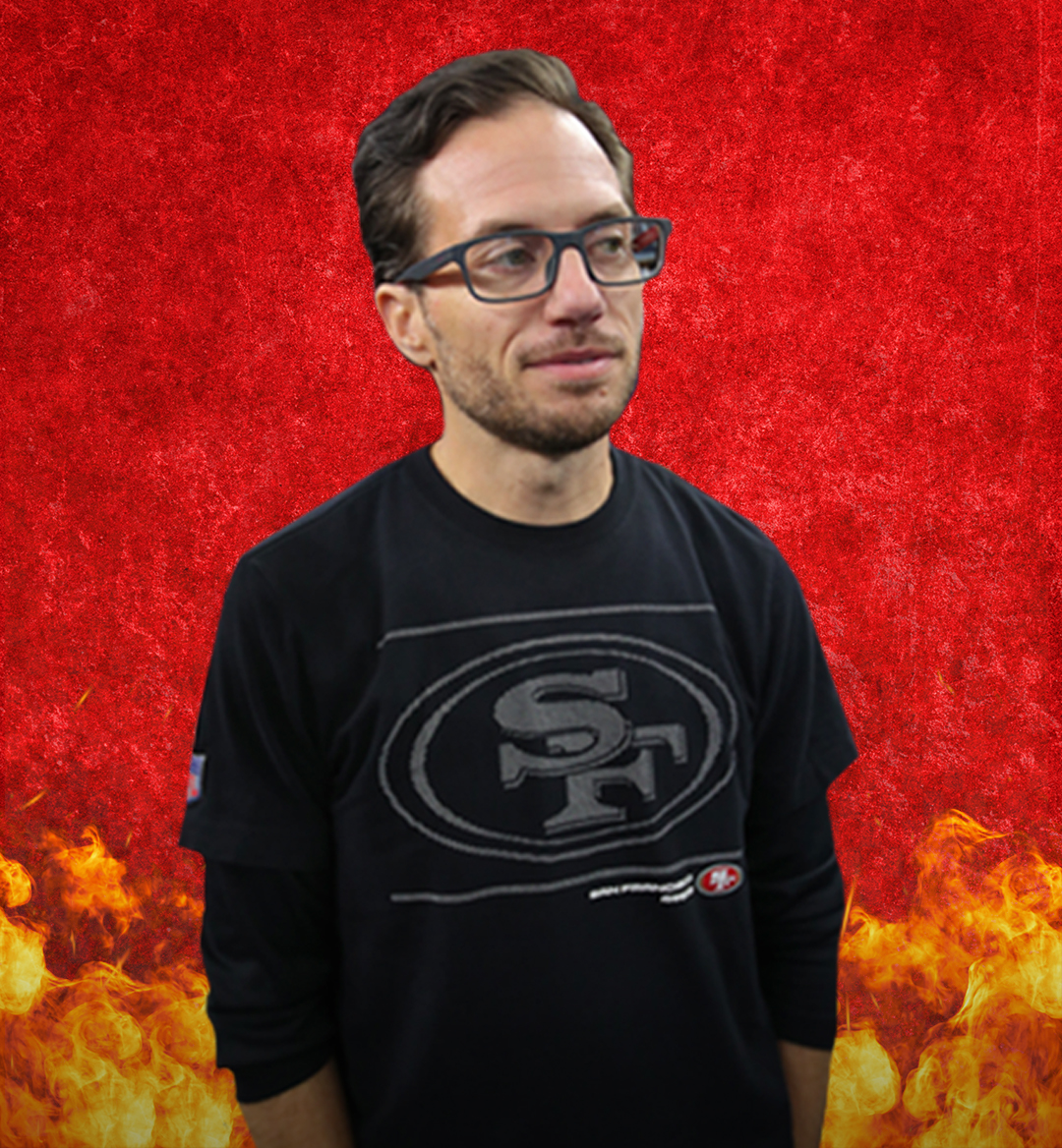 Within the popular imagination, a football coach traditionally looks something like Kevin James—sometimes, they even are the actual Kevin James. These are loud, emphatic men who are impossible to imagine outside the confines of a football field; they give the vibe that they were born 43-years-old with a tin of Zyn pouches tucked in their back-pocket. All of this is to say that Michael McDaniel, the Yale-educated offensive coordinator of the San Francisco 49ers and potentially the most promising young football mind in the NFL, doesn’t necessarily look the part.

At just 5’9, McDaniel isn’t an especially imposing guy. He could be a guy you know—the head of your office’s compliance department; that guy who lived down the hall Sophomore year who had LED string-lights and a Mac Miller poster in his dorm. Even if his appearance and shambling press conferences have made him an easy meme, it’s impossible to deny his football acumen or credentials. Upon graduating from Yale in 2005 and spurning a Wall Street job, McDaniel has steadily made his way up the football ladder, cutting his teeth as a down-masthead offensive analyst for the Denver Broncos, Houston Texans and Atlanta Falcons. In 2018, McDaniel was named the 49ers’ run game coordinator, laying the groundwork for his eventual promotion to offensive coordinator last summer.

In his first year as the 9ers’ offensive coordinator, McDaniel has reenergized an offense that ranked 21st in the NFL last year; after a slow 2-4 start, the 9ers posted  the third-best EPA (expected points added) in the NFL from Week 8 onward. McDaniel’s season-saving adjustment was simple yet radical: he put Deebo Samuels, the team’s star receiver, at running back. By doing so, McDaniel unlocked Samuels’ full playmaking potential, elevating him from an above-average receiver into an All-Pro, all-purpose offensive threat; Samuel’s 77 catches, 1405 receiving yards, 365 rushing yards and 14 total touchdowns were all clear career-highs. Beyond fully weaponizing Samuel’s big-play talents, McDaniel has concocted a truly devious rushing attack, deploying heavy personnel groupings and ample misdirection to overpower disoriented defenses. Notably, the 9ers have plowed their way to the NFC Championship while passing for fewer than 200 yards in their first two playoff games.

On a personal level, McDaniel is notable because there’s a very real chance that he’ll take over your favorite football team at some point in the next few years. On a larger scale, he’s broken down a lot of the philosophical and aesthetic biases that plague the NFL hiring process. He’s not a former NFL player and he doesn’t have any nepotistic connections to any franchise; he’s just really fucking smart. It feels weird to hail a Yale alum as the scrappy underdog, but McDaniel has demonstrated that candidates from non-traditional backgrounds can succeed in the insular, clubby NFL. The ultimate credit to McDaniel is that the next wave of Michael McDaniels won’t seem like such anomalies.