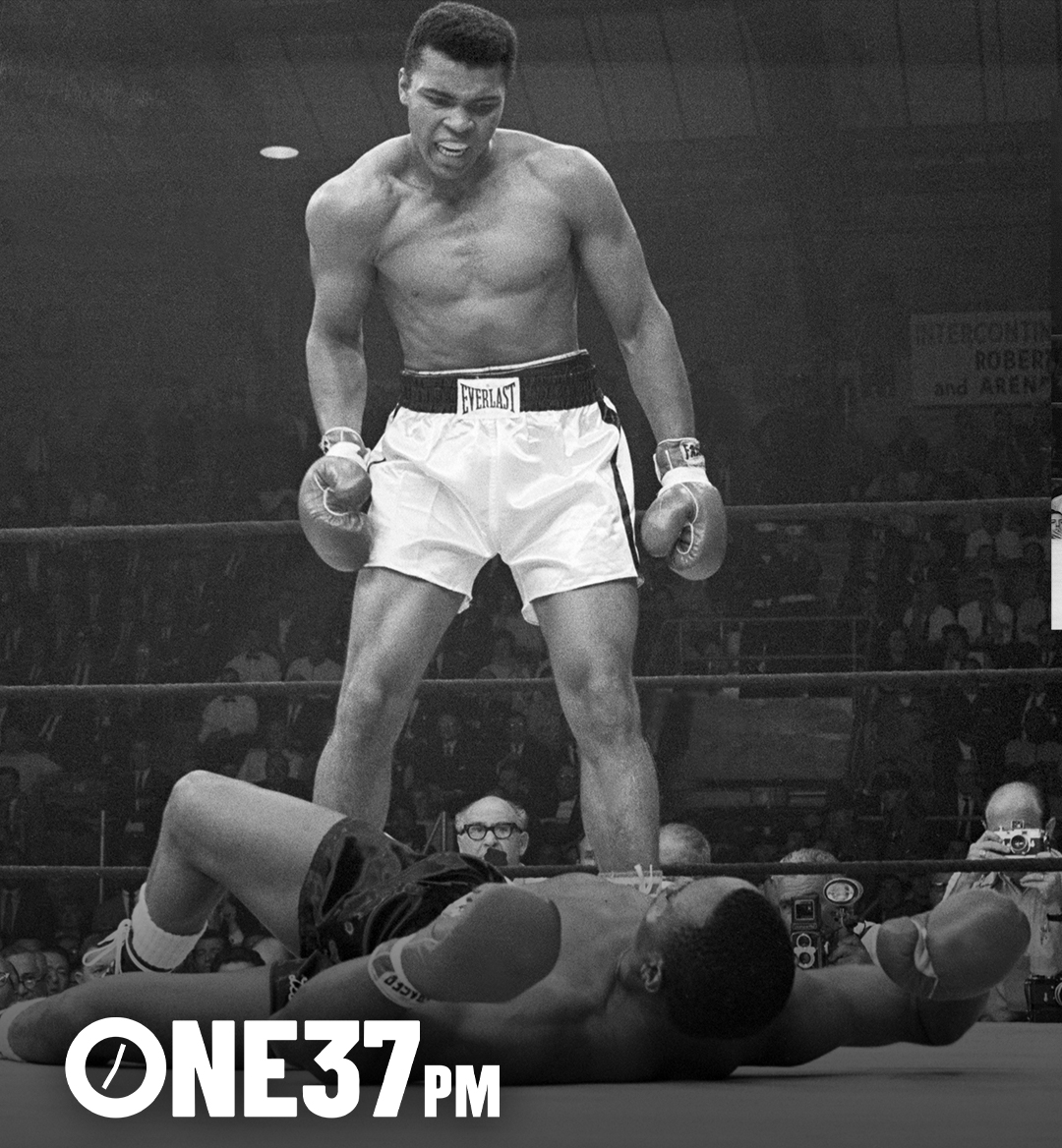 61 pro fights. 56 wins. One unforgettable career. Out of all those incredible fights, it's hard to pick which may be the best, but we took a crack at it. Let’s look back at Muhammed Ali's 10 Best Fights.

One thing you have to admire about Ali was his willingness to perform anywhere, anytime. There are a ton of variables that need to be accounted for when fighting out of the country. And Ali took every single one of those fights in stride.

I had a hard time deciding what would take the final spot on this list. I ultimately decided on a fight in the first half of Ali’s career, because that’s where I believe the magic was. Every description you have heard of Ali’s style was true. He did float. He did sting.

When Ali rematched against the British champion, Henry Cooper, the crowd was backing Cooper hard. With every thrown punch by Cooper, the crowd roared. But Ali remained laser-focused. After a few rounds of effective jabbing, Ali started to land on the courageous Cooper. In round six, Ali landed a nasty right hand that cut open the left eye of the Brit. It was graphic. The fight was called off shortly after.

This fight meant more than just a win or loss. Ali hadn’t fought in three years due to his stance on the Vietnam war. People were wildly curious about how Ali would look after the long layoff. Would he be the same fighter? Would he experience ring rust?

No. He looked sharp as ever. The snapping jab was still there, and it did the damage. By the end of the third round, Quarry’s right eye was busted up, and the fight was stopped.

This proved… Ali was back.

I have tons of respect for anyone who enters the ring. The possibility of humiliation and severe physical damage is daunting.

However, Brian London brought nothing to the table for Ali. While he was game and tough, Ali proved there are levels to this profession. It is also commonly known that taking on a fighter on their home turf can be costly if the fight goes to a decision.

Well, Ali didn’t let it go that far. In round three, Ali provided one of his most sensational moments in the boxing ring. After hurting London and pressuring him into a corner, Ali threw a barrage of punches all in a matter of seconds. It is a combination straight out of a movie. London went down and couldn’t recover.

It might not have been one of his “best” performances, but this fight is a landmark moment in Ali’s career. Until October of 1975, Frazier gave Ali trouble. After losing the first fight, and only edging out Frazier in a close decision in the rematch—Ali still needed to prove that he was the better man.

One of the most fun dynamics of rematches and trilogies are the adjustments made by the fighters. In the second fight, Ali lessened the number of straight right hands thrown. For Ali, he wanted two things in this fight. The first thing was a larger ring size. This allowed Ali to dance and use his supreme footwork. The second thing was to capitalize on Frazier’s notoriously slow starts.

Again, this was not Ali’s most dominant performance. But it may have been his most impressive. This match was violent, bloody, and brutal. Ali said it was the closest to death he’d ever felt. After a grueling 14 rounds, Frazier’s corner called off the fight. And although Ali had asked his corner to do the same, they ignored his wish. This was a fight of mythological proportions.

The biggest bummer about Ali’s career was that we most likely missed the prime years of his career. So this bout is interesting because it was the final fight before he served time in prison. At 25 years of age, and a few years of experience as the champion of the heavyweight division, it is possible that this was the fight in which Ali was at his peak.

And it showed. Ali’s speed was as prominent as ever. He was developing a savviness in the ring. In round four, Ali delivered one of his patented over-the-top counter right hands. Folley hit the canvas as Ali stood over him. Folley made it back to his feet for the ten counts, but Ali knew he could hurt him. In the seventh round, he would deliver a similar punch that would put Folley out for good.

Aside from the fight itself, this is a really cool match because of the high-quality footage available online.

There are a few things that standout in this fight.

Like the last entry, this could have been Ali’s physical prime. He looked in incredible shape for this bout. He had defended his belt a few times by this point and was now gathering experience in the ring.

From round one, this was a matchup nightmare for Williams. Ali’s footwork and speed was almost unfair. Williams appeared stiff as stone, missing almost every punch that he threw. For most of round one, Ali spent his energy processing Williams’ timing and habits. By round two, the story was already written. Ali peppered jabs and left hooks until Williams dropped. The Ali shuffle was on display on multiple occasions and Ali appeared to be enjoying himself in the ring. With just seconds remaining in the second round, Ali landed a sensational blow that hurt Williams badly. He was saved by the bell, but was finished shortly after in the third round.

Many people recall the image of Ali standing over Sonny Liston as the most iconic photo in his career… but this fight may have given us the runner-up.

Ali was coming off of back-to-back, career-defining performances against Sonny Liston. You know what they say, right? “It is easy to get to the top. It is harder to stay there.” And this fight proved Ali wanted to stay.

Some of the footage from these fights aren’t great. Most of it is in black and white, but even then, Ali’s flair and style is undeniable. His footwork was so ahead of its time, it is mind boggling.

These old-school, 15 round affairs were no joke. And Ali knew that. He took his time and waited for the perfect opportunity. In round 12, it was nothing but cruel and unusual punishment. Ali’s speed stayed with him, while Patterson faded. To my surprise, the referee actually did the right thing and stopped the bout after Patterson ate numerous unanswered punches.

You know… the one.

Sure, there is plenty of controversy surrounding the fight. It is called the “phantom” punch for a reason. Do I think it landed? Yes. But you can’t watch that round one and not have some suspicion.

The results are the results. Ali delivered an iconic first round knockout in the rematch against Liston.

Hell yeah, I am putting it in my top five.

Sometimes in fighting, there is a feeling-out process in the first couple of rounds. Sometimes, a fighter’s strategy is hidden until they feel their opponent let their guard down. However, during the first bout between Ali and Liston, the two strategies were obvious from the get-go.

In round one, Liston pressed forward. Ali did as he often did… dance. And oh, was it beautiful. Liston continuously missed on big, looping left hooks. Ali’s head movement was next level.

In round three, Ali cut Liston. From that moment on, the great one took complete control. It really did look like fighters from different generations. Liston was trying to grit his teeth and swing wildly. Ali peppered Liston with a snapping jab for every attempted punch. Ali had trouble in the middle rounds with his eyesight, which was attributed to a substance placed on Liston’s gloves.

Ali was 22 years old. He won his first heavyweight championship. He delivered an iconic performance. Considering all of those dynamics, it would be hard to not to consider this to be one of the greatest performances in Ali’s history.

This fight is full of great mythology.

He did the opposite of what people thought he should do.

He trash talked Foreman for the duration of the bout, asking the power puncher if that was all he got.

And… although it may have existed before this fight, this bout was THE textbook example of the “rope-a-dope.” For most of the fight, Ali welcomed the power puncher to lead the dance. He would lean against the ropes, hoping Foreman would punch himself out. And it worked. By the sixth, seventh, and eight rounds, Foreman was gassed. After a few wild punches from Foreman, Ali fired back a series of punches from off the ropes and Foreman collapsed. Too tired to get up, the fight was over.

There are many great performances in his history but this stands out among the rest.