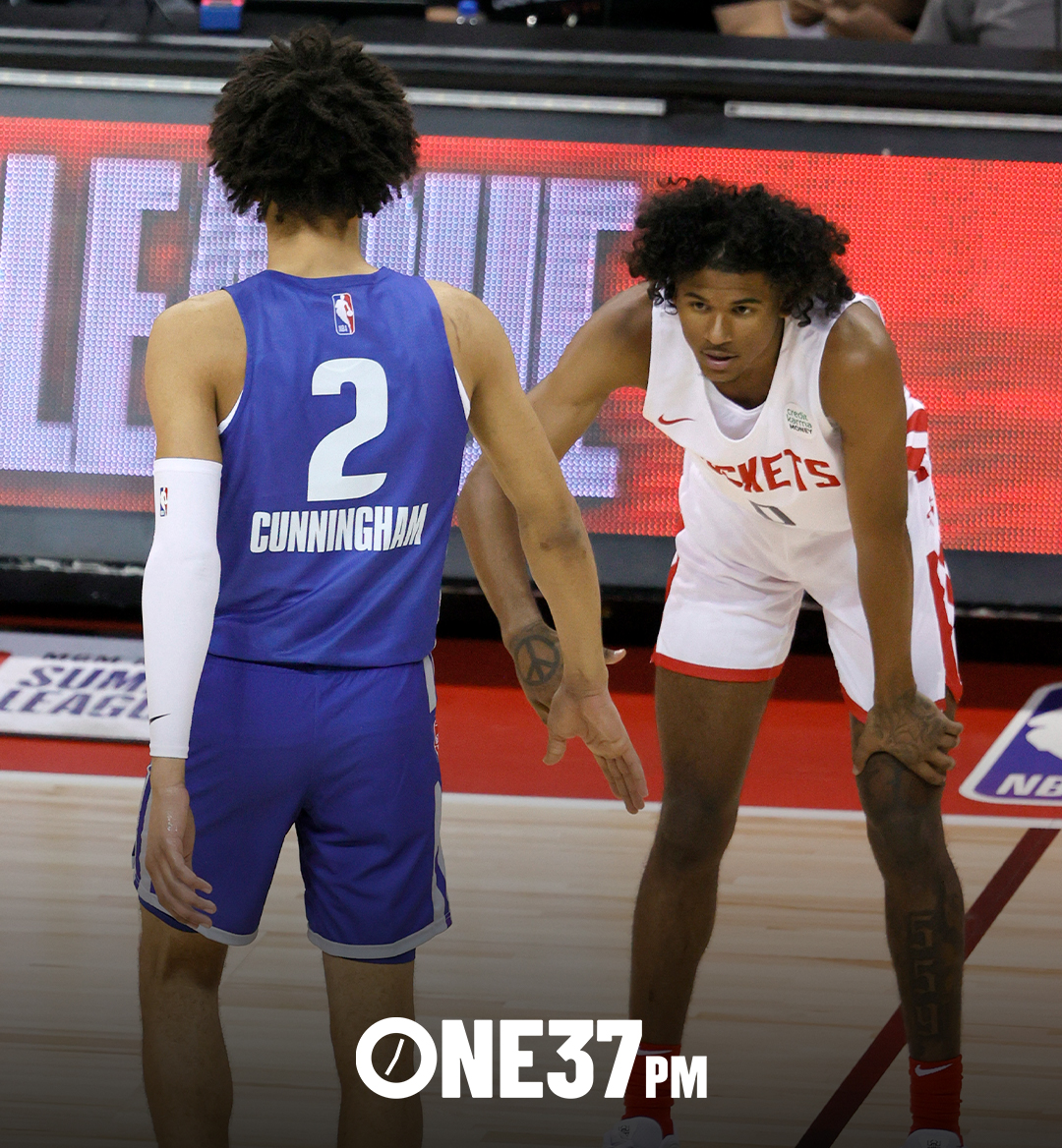 The NBA Las Vegas Summer League is the apogee of basketball weirdness—a confounding waiting room where future mega-millionaires mingle with a platinum-blonde 6’7 Latvian forward who looks like the buffest creative director in Bushwick. Responsible basketball fans and pundits will say that the Summer League doesn’t really reveal anything new, that there’s no point trying to divine any meaning about a player’s future from a handful of scrimmages in August. But it’s fun, so damn the torpedoes. Despite the fact that none of what happens in Vegas “counts” in a traditional sense, they can be read as some sort of crackpot augury for a team’s or player’s future; the results don't matter, but the games can have meaning. Here are the three biggest takeaways from the Summer League that was.

We can finally stop talking about LiAngelo Ball:

The NBA has a long history of fraternal nepotism. In 2013, the Knicks signed Chris Smith, a too-small and too-bad-at-basketball shooting guard, because he was the younger brother of future North Carolina A&T golfer J.R. Smith; Giannis Antetokounmpo’s brothers will continue to cash NBA checks, provided they stay on Giannis’s good side. Now, as a concession to Lamelo Ball, the Charlotte Hornets gave a spot on their Summer League roster to LiAngelo Ball, basketball’s Frankie Jonas. If Lonzo Ball is the kind of new-age two-way accelerant that every team desires and LaMelo Ball is good enough to make people care about the Charlotte Hornets, LiAngelo Ball is a professional basketball player in name only.

The most generous description of his Summer League stint would be that it wasn’t an embarrassment. He was fine, putting up 9.8 points per game and shooting 34.5 percent from three. It may sound lame that he was the 141st most prolific scorer in the Summer League, but he still ranked above heralded first rounders like Corey Kispert and Keon Johnson. In LiAngelo, the basic recipe for an NBA player is kind of there; the idea of a 6’5 wing who’s an almost-good shooter with a knack for getting open isn’t entirely unappealing.

Still, LiAngelo’s competent-adjacent play is most likely just a product of an accommodating environment. This was an ideal situation for LiAngelo: the Hornets had an obligation to play and enable LiAngelo that no other team would share. In a series of glorified exhibitions against sub-NBA-level players, on a team that was heavily incentivized to make him look good, LiAngelo Ball was forgettably mediocre. If he can’t make it here, he can’t make it anywhere.

The Cade Cunningham-Jalen Green rivalry is here to stay:

Listen closely and you can hear it in the wind: somewhere, Jalen Green is talking shit. Since being picked second in last month’s draft by the Houston Rockets, Green has launched an offensive against all the haters and losers—namely, the Detroit Pistons— whom he believes doubted him; even if Green is happy to avoid living in an un-fun backwater like Detroit, he still wants everybody to know that he thinks he’s better than Cade Cunningham, the draft’s number one pick. Cunningham has gamely played along.

Last week, Green and Cunningham squared off for the first time as professionals in the Summer League, marking the opening salvo of the NBA’s newest rivalry. More interesting than their head-to-head matchup, though (in which Green outscored Cunningham and the Rockets won), the Green-Cunningham debate is a heuristic for what you value as a basketball fan. Clearly drawing inspiration from Michael Jordan and Kobe Bryant, Green is electric in unmissable ways—he’ll be the best scorer on just about every team he plays on and he moves so quickly around the court that it looks like an anomaly of physics. In contrast, Cunningham fits within the lineage of post-Lebron James big guards and plays like he’s possessed by some sort of hardwood singularity, seemingly incapable of making a careless mistake. The rivalry between Green and Cunningham will endure not only because Green is an unrelenting troll or because they’re two of the most gifted young guards to enter the NBA in recent years, but because they represent fundamentally different visions of how basketball should be played.

The rest of the 2021 draftees are also as good as advertised:

Beyond just Green and Cunningham, the rest of the rookie crop has also proven to be collectively worthy of the hype. Rounding out the rest of the top five: Evan Mobley has demonstrated the octopean defense and tact with the ball that made him such a celebrated big man prospect; Scottie Barnes cuts an unmissable figure on both ends of the court because of his wackily effective combination of intelligence, moxie and really long arms; Jalen Suggs is probably already one of the five best point guards in Orlando Magic history.

Beyond the gilded elite of the lottery, productive and promising rookies can be found throughout the draft order. Besides the rare density of talent at the top of the draft, this year’s class is notable for an abundance of dynamic guards. Offensively, Denver’s Bones Hyland, Brooklyn’s Cam Thomas (the Summer League’s leading scorer), and Atlanta’s Sharife Cooper should all offer immediate pop to their respective team’s offense. Defensively, the Knicks nearly cornered the market on feistiness, as Quinten Grimes and Miles McBride pressure dribblers with an intensity that borders on psychosis. Amidst frontcourt players, Houston’s Alperen Sengun has drawn ironic—at least, hopefully ironic—comparisons to Nikola Jokic on account of being a pudgy white big with some playmaking funk to his game. Most encouraging, Atlanta’s Jalen Johnson has shown that his abilities far outweigh whatever specious “character concerns” teams ascribed to him.

Although the whole point of Summer League is basically to make fanbases unreasonably excited about rookies, the overall goodness of the NBA’s freshmen makes that excitement actually seem warranted.