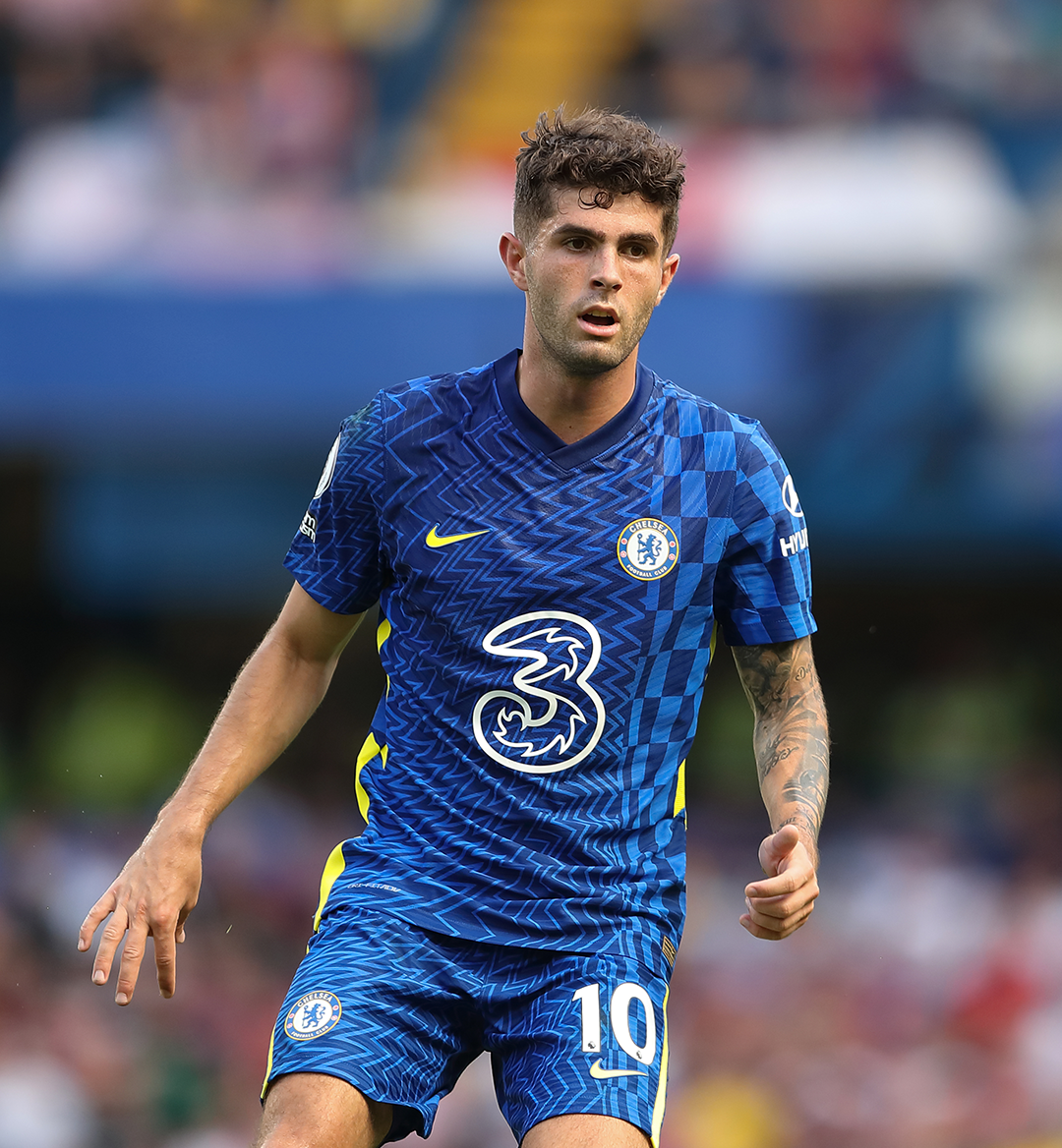 This past weekend welcomed us back with Premier League soccer, and per usual, it did not disappoint.

The action this weekend gave us some shocks, but take the opening week's results with a grain of salt. It’s a long season, so don’t get disgruntled if the first weekend doesn't go your club's way. There’s still 37 more games left to see.

For those of you who are new to the Premier League, welcome. If I had a beer, I’d give you one, but I’m sure you have some ready to crack come next week.

To the PL fans who have been here before, welcome back for another year of what always ends up being a roller coaster ride of emotions, both heartbreaking and heartwarming alike.

The game of soccer is the world's game, but the Premier League, in particular, is the world's league. Fans from all across the globe will be geared up for opening weekend, but there’s one group that I'd like to give a special recognition to. 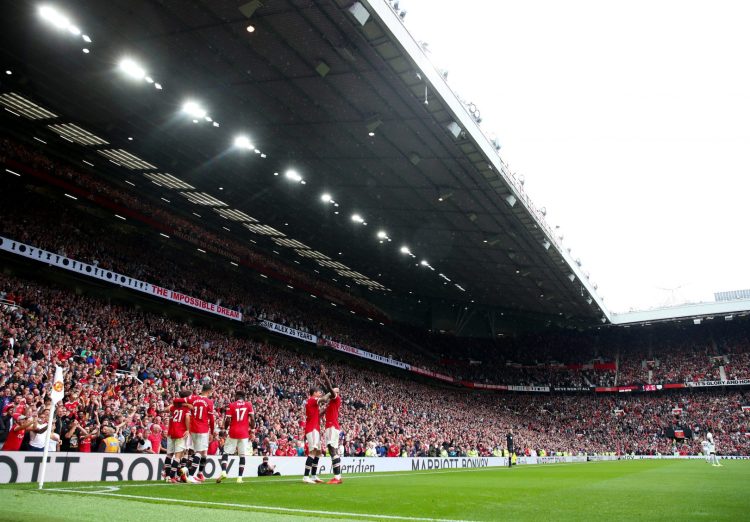 Shout out to the West Coast PL fans. You truly are devoted to breaking out the coffee and breakfast sandwiches that early in the morning. You guys are the unsung heroes of the Premier League boom in America.

Regardless of whether you are new to the league, or have been a diehard follower from the beginning, it’s never an easy decision picking a club to support from across the pond.

I’d say it’s safe to say that the majority, myself included, of fans have never been to England. That’s totally fine, but it does create a slight obstacle when it comes to picking a team to cheer for.

You’re not obligated to pick a team, but it makes the race from mid August to late May more exciting then just following the league as a whole. Obviously, you take note of the whole league with your eyes and brain, but it’s nice to have one team in your heart.

It’s hard to compare these teams to American things, so if you want to pick a team based on a logo, coach, one player, fan base, or the fact that they won you money on a bet,  that’s totally acceptable.

The important thing is that you’re along for the ride, and while you're in the ride, savor the good and stick it out through the bad. The season is long for the players and coaches, but it feels just the same for the regular fan on their couch.

Let’s take a look at your menu options for choosing your club, or clubs, for this 2021-2022 Premier League season.

I would compare Arsenal to the New York Mets and New York Knicks. A team with a whole lot of promise that ultimately ends up in a horrific collapse.

If you’re a fan who loves questioning the front office and player signings, Arsenal is the place to be. Their fans, Gooners, are notorious for playing GM.

This is the only team representing Birmingham, so for all my Peaky Blinders watchers, this is your club.

Villa was a very popular club for the female footy fans because of Jack Grealish, but he’s now gone up to the blue side of Manchester.

I don’t usually get excited by the newly promoted teams because they are often back up after 1 year of Championship action, but the Brentford promotion story is historical.

This is Brentford’s first season in the top division of English soccer since 1947, and are playing in a brand new stadium. This is a great story to follow.

The little team by the beach is a fun team to watch. This is a chill team to root for. Any surfers, stoners, and beach bums who are EPL watchers should get on the Brighton bandwagon.

Brighton might get relegated, but their manager Graham Potter is a superstar. Expect him to make a move away from the Gulls after this season.

Burnley is a no bullshit kind of squad, but these guys are the first people I’d grab a beer with.

They have the longest tenured manager in the league with Sean Dyche at the helm. Dyche brings the same energy to the EPL that Dan Campbell, head coach of the Detroit Lions, brings to the NFL. Old school as hell, a true man's man.

Burnley’s style of play isn’t easy on the eyes, but it’s a gritty club that deserves good fanfare. 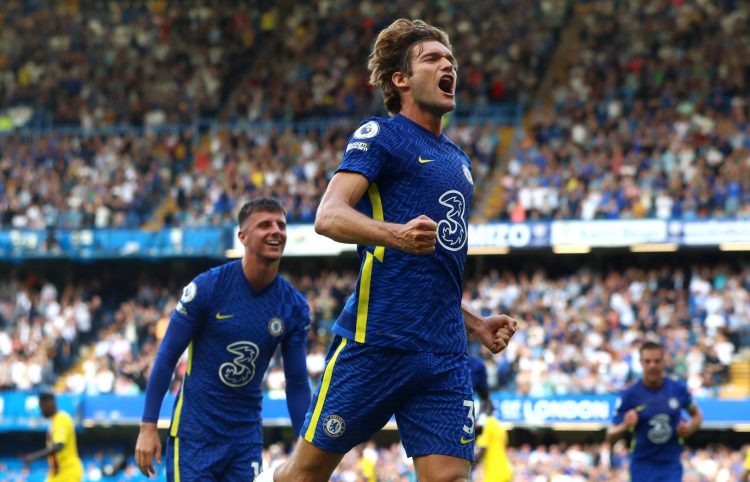 The Blues are the de facto American team thanks to Hershey, Pennsylvania native Christain Pulisic. I know there are other Americans in the Premier League, but CP10 is the main ticket.

Aside from the American bias, this team is fun to watch, and got even more exciting by adding Romelu Lukaku from Inter Milan.

Crystal Palace has a soft spot in my heart for little/no reason, and sometimes that’s all you need to adopt a team.

I saw Palace play the Philadelphia Union in Philly on a summer tour and was a fan ever since. To top it all off, the Philadelphia 76ers’ ownership group bought a little stake in Crystal Palace

The rest is history for Palace being the unofficial EPL club of Philadelphia.

Here’s another club that I’ll have a soft spot for thanks to American goalkeeping icon, Tim Howard.

This is a club for the salt of the earth kind of person. You can’t be a fancy pants and be an Everton supporter. Thay are called “The People’s Club” for a reason.

I associate Everton with Chicago teams like the Bears and White Sox due to the big city hype, followed by little town results. Everton is a good club to join though. They are good enough to get you to tune in, but not good enough for people to call you a front runner.

Leeds are one of the OG clubs in England. They used to be up there with Liverpool and Manchester United in terms of global recognition and on-field success. They were in the Championship for a long time, but are now back, and are led by a former Wake Forest Demon Deacon Jack Harrison.

Harrison grew up in England, came to America to play college soccer, and now he’s a big piece of this attacking Leeds team.

Leeds doesn’t believe in boring soccer either. They won’t park the bus if they are 1-0 up. No, no, no. Leeds is all gas, no brakes.

Leicester City is the underdog that is consistently good. I’d compare them to the Milwaukee Bucks without a superstar as good as Giannis, but they are a damn fun time to root for.

Also have a cool logo with the fox in the middle. Very artsy and detailed for a soccer crest. .

For all the real, and fake Boston fans out there, you are contractually obligated by the fandom laws to support Liverpool. If LeBron James is your G.O.A.T. then you are also required to support this team.

You’ll Never Walk Alone is arguably the best song the Prem has to offer, so for those blessed with golden vocal pipes, this is your club. 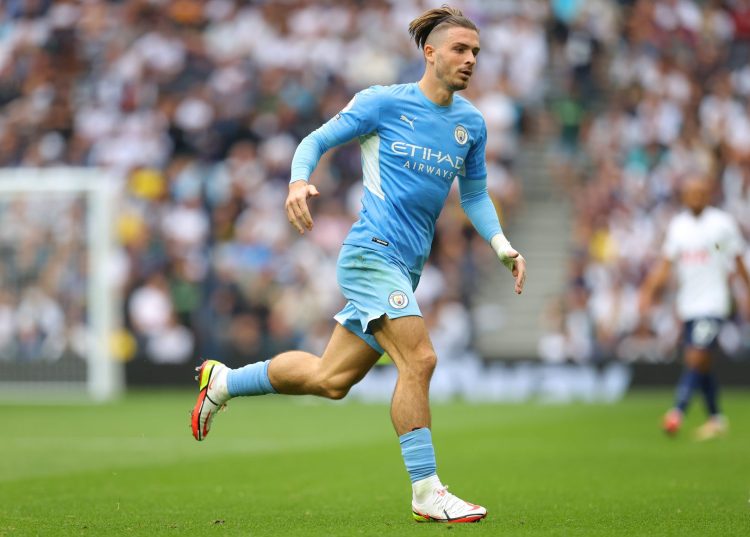 I have to give another Pennsylvanian in the Prem shout out to Zack Steffen. Hopefully he gets more time this year as he carries the American goalkeeper torch in Europe’s top league.

I’m not here to slander any club, but it’s hard for me to actively push people directly into their direction just because they are so dominant.

If you don’t care about being called a “front runner” and want to watch tantalizing soccer, join the sky blue side of Manchester.

The big con for rooting for the top dog is that anything short of winning the Premier League and Champions League is a failure.

I want to get this on record, there was a time where I was a United fan. My dad works for AON (long time sponsor of United), so there was some home cooking that made me rock the Manchester red.

If you are a fan of AFC North football,  or work a blue collar job, Newcastle United is for you.

Newcastle is about as north as you can get in England before you bump into Scotland, but this team could be headed south in the English soccer system.

The famous black& white stripes of Tyneside might be heading toward relegation, but don’t let that scare you away from joining The Toon this season.

The Canaries are the last team on the list with an American player after recently signing Josh Sargent.

Sargent is a ginger, so for the gingers out there, break out the green & yellow.

Norwich are one of the favorites to be relegated according to the bookies, but cheering them onto safety is a thrill in itself.

Brighton is the hoity toity beach club for the English shoobies, but Southampton is the locals team.

This team was exciting to watch with Danny Ings, but now that he’s gone I think it’s gonna be tough sledding for the Saints this year. 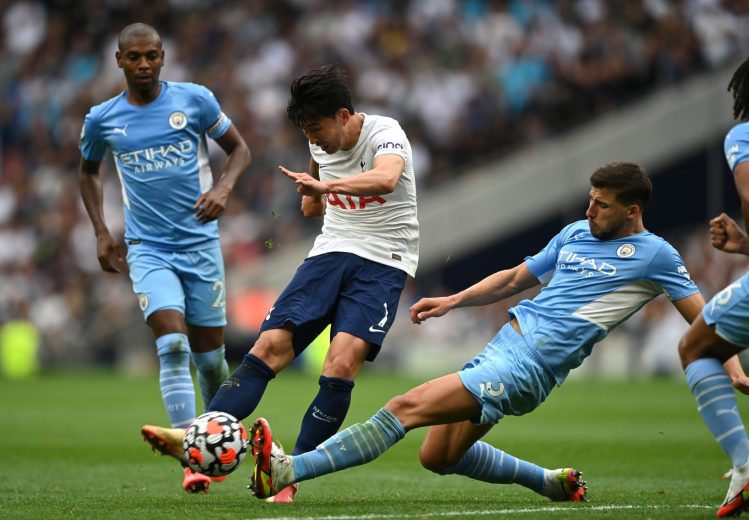 Spurs are basically the same team as Arsenal as of late, except they wear navy instead of red. Sort of like a LA Clippers type vibe with Spurs, especially if Harry Kane doesn’t resign.

This might be a hot take, but I think they sneakily have one of the best logos in the league. This logo can backfire once losses pile up though, and the cooking chicken memes are not kind to Spurs supporters.

Follow me here cause this can get tricky cause two teams in the EPL have nicknames involving bees. Watford are nicknamed The Hornets, but their logo is a moose, not a bee like Brentford's logo.

Elton John used to be the chairman of Watford back in the day, and is still an active member in the Watford community.

Watford fans are hoping their team will be half as good as Elton John’s music if they want to stay up in the Premier League.

Before you weigh in on West Ham, go watch Green Street Hooligans starring Charlie Hunnam and Elijah Wood. It gives an insight into the life of a soccer hooligan.

The West Ham fanbase American comparison is a mix of the Bills Mafia and the Delco Philadelphia Eagles fans. It’s a rowdy bunch in East London.

For the bubble blowers and Sponebob fans, the West Ham pregame song will get you fired up and ready for some weekend morning soccer.

Aston Villa, Burnley, and West Ham all have the same claret and blue kit scheme, so be careful you know what team you choose before blindly rooting for a team with your favorite colors.

Wolves, short for Wolverhampton Wanderers, is Pittsburgh’s long lost soccer team. The black & yellow, the steel city history, and the shitty weather makes this the spot for any Yinzer footy fan.

Wolves were a hot bandwagon to hop on last season, but with a new manager change this summer, there is a sense of unpredictability this year.

This season goes until May, so be patient with your team. Don’t leave the club if they crap the bed this opening weekend.

The Premier League is known for hot and cold streaks, so stay with your team through the ride.

The ups feel a lot better after battling through the dark times an EPL season can bring.