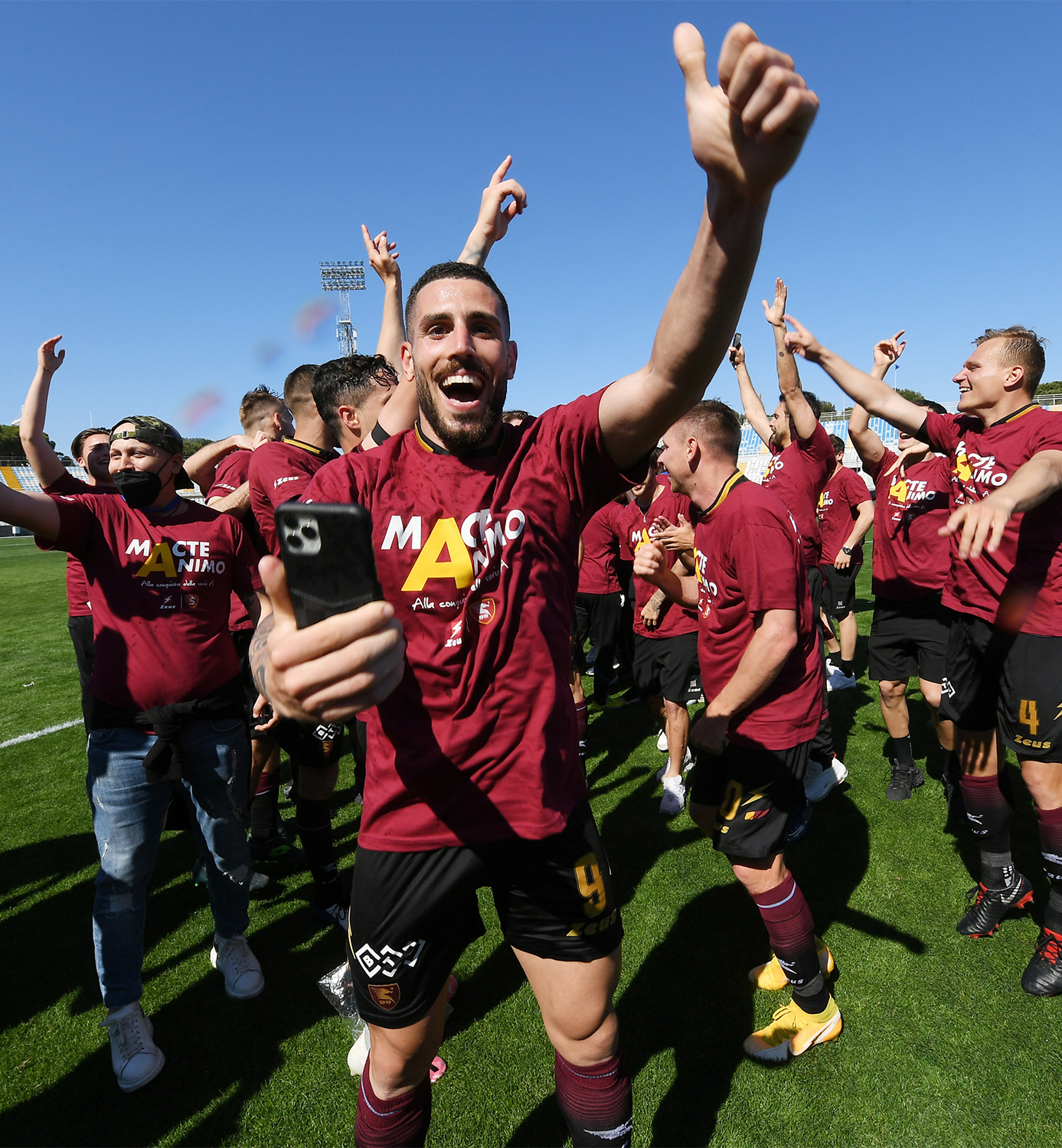 The concept of the European Super League angered many throughout the world because of its exclusivity. Football has long been founded globally on the fact that it’s exactly the opposite of that.

We’ve seen massive underdog stories throughout the history of football like Greece’s Euro 2004 run or Leicester City’s improbable 2015/16 Premier League crown captivate the world and create a sense of belonging for supporters that may not normally experience top-flight successes.

With the Super League still looming over some clubs like Barcelona, Juventus and Real Madrid, we’re at a time where the stories of the little guys are becoming more and more important.

With many domestic seasons across Europe wrapping up, Serie A and Serie B are finalizing the clubs that will go up or down ahead of the 2021/22 season.

Salernitana is one of the clubs that has already ensured its place back in Italy’s premier flight, but it’s been a long time coming for The Garnets, who were established in 1919.

The club’s entry back into the Italian first division is their first time completing the feat in 23 seasons, longer than Lionel Messi and Cristiano Ronaldo’s respective careers.

What makes this story so cool is the turmoil and resiliency of the club, which is something that many teams have to endure on a regular basis if you’re not a Manchester United or Real Madrid.

In its entire history, Salernitana has been in Serie A just twice previously, most recently during the 1997/98 season.

There are massive prices to pay when it comes to owning a professional sports franchise and in the case of Salernitana the club knows full well that one setback could directly affect years of hard work.

In 2005, Salernitana Sport -- the team’s former name -- went bankrupt under its old regime and in stepped Antonio Lombardi.

After battling for years in Lega Pro Prima Divisione, commonly known as the third division of Italian football, and reaching Serie B after the 2007/08 season the club was relegated, deducted points and banned indefinitely after a match-fixing scandal.

From there, it became another battle just getting back onto the pitch and finally in 2011 the club rebranded once more and found itself in Serie D, Italy’s fourth division.

To make matters more confusing, Lazio -- one of the premier Italian clubs -- is involved in Salernitana with the team’s owner Claudio Lotito also owning a portion of the soon-to-be Serie A side.

Lotito is expected to sell with Salernitana making the rise back into Serie A, but that will be a minor story in the grand scheme of things considering the amount of publicity the club is about to get after such a long layoff from top-flight football.