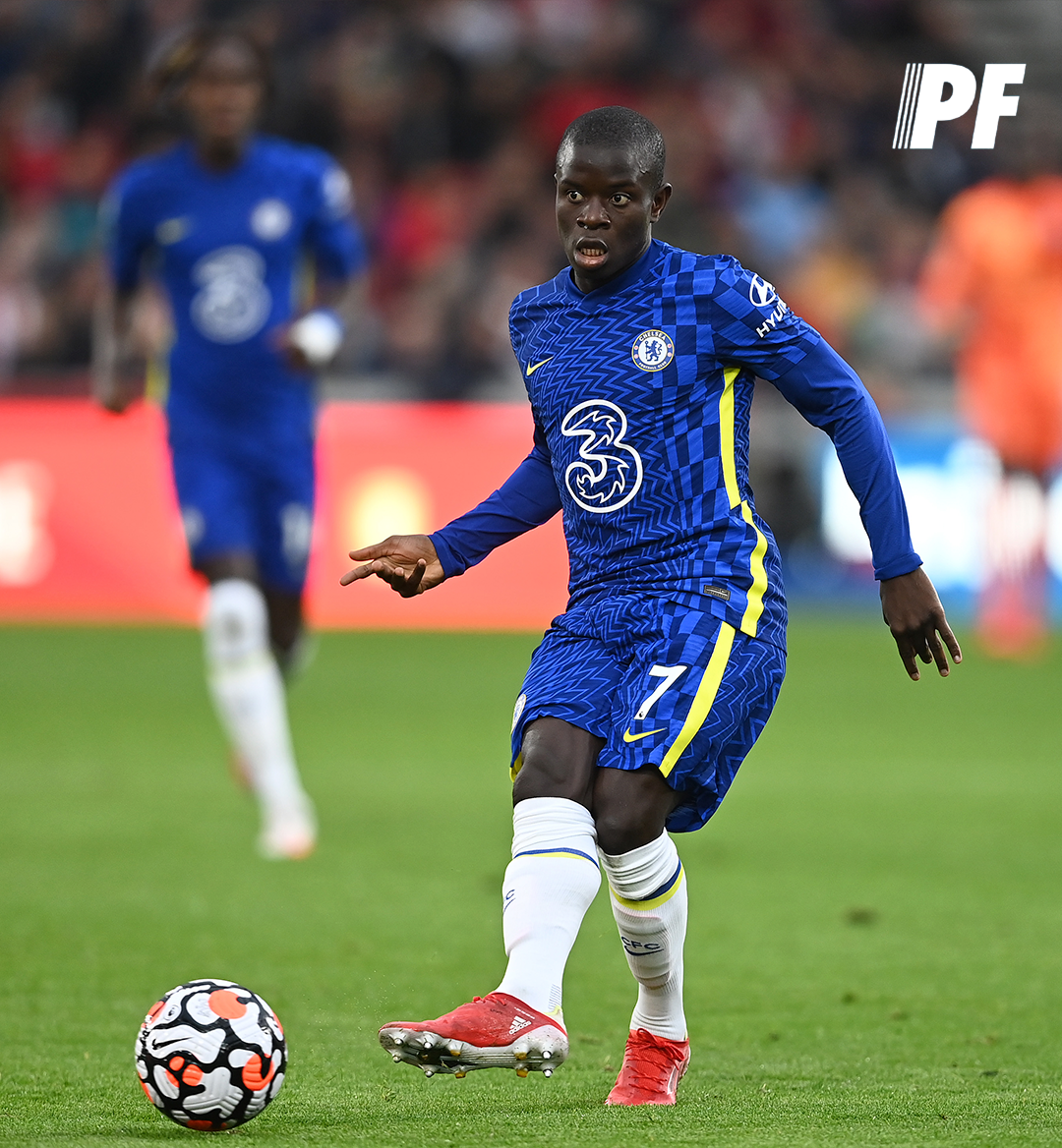 N’Golo Kante has made a name for himself since arriving at Leicester City and continuing his path with Chelsea in the Premier League, but most defensive midfielders aren’t widely acclaimed the way the Frenchman is.

The position is crucial in the midfield as a first line of defense in assisting a squad’s back line, and Kante is a prime example of one of the greats to do it.

The top sides around the world rely on this position to ensure their squads can compete in the biggest competitions, including the UEFA Champions League.

Today, ONE37pm takes a look at the top 25 defensive midfielders in football. 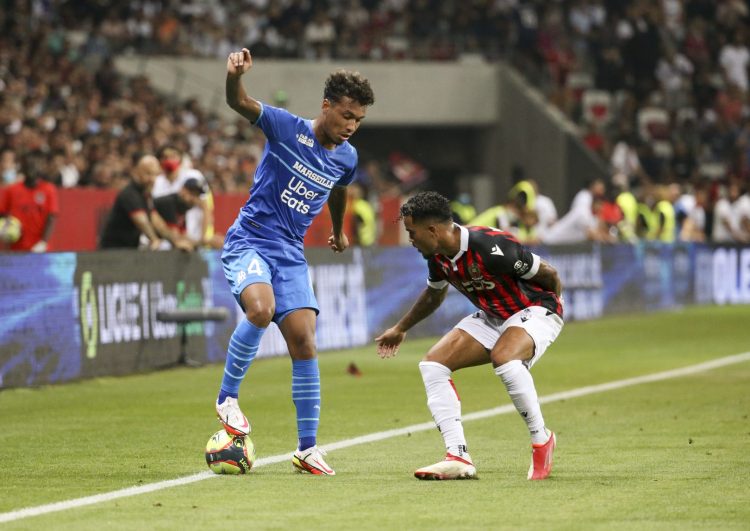 Kamara has been at Marseille since he was five years old and the lifelong supporter of the club has backed up his love for the club with some brilliant play at a young age. Kamara is 100 appearances into his Marseille career at the age of 21 and there are already a lot of eyes on this young talent. 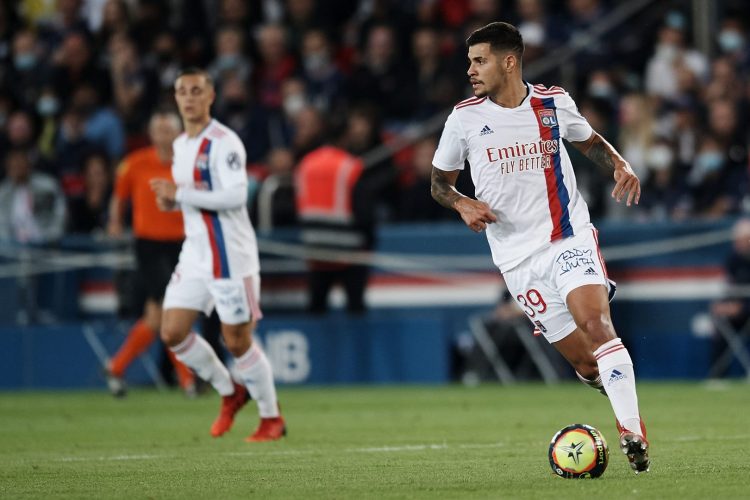 Guimarães has been a highly coveted midfielder for several years now and actually had the choice of playing internationally for Brazil and Spain. The Brazilian-born midfielder moved to Lyon in 2020 and will have lots of attention as some of his country’s older midfielders are phased out of the squad. 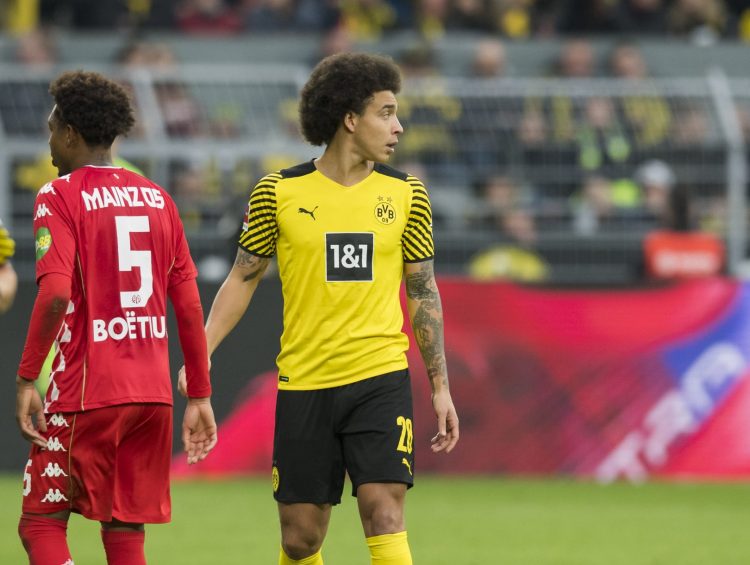 Witsel is a veteran of the Dortmund squad at this stage of his career, and with so many young stars in the Bundesliga side the Belgian may not be the center of attention. However, that doesn’t mean that Witsel’s value isn’t noted given his importance to the Dortmund defensive unit. 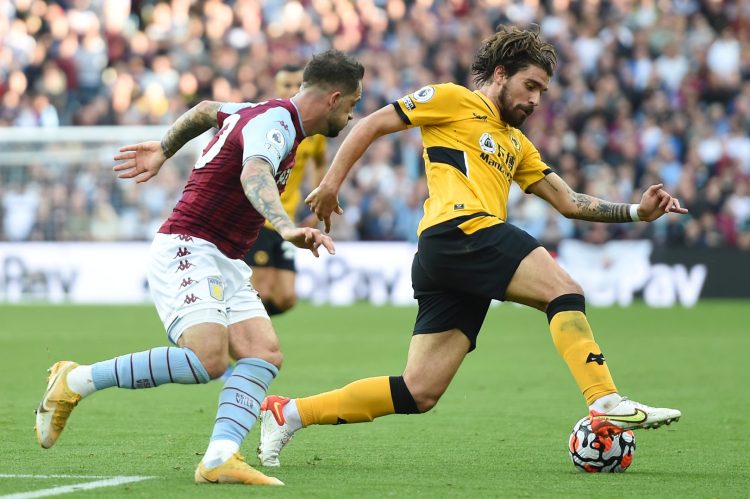 Neves has been a mainstay for Wolves since 2017 and has been a significant part of the club’s recent success. In fact, during his debut season for the club, Neves was awarded with Wolves’ Player of the Season honors. Despite the squad’s recent struggles, Neves remains a top class central midfielder. 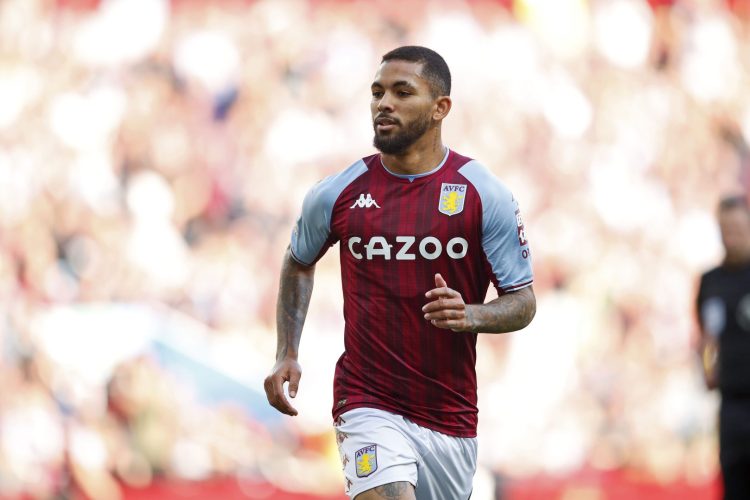 Luiz has really added another layer of stability to Villa’s back line, which has a number of talents in its own right with Tyrone Mings and Ezri Konsa. The Brazilian’s time at Manchester City may not have been a success, but Luiz is young enough to work himself back into a big side in the coming seasons. 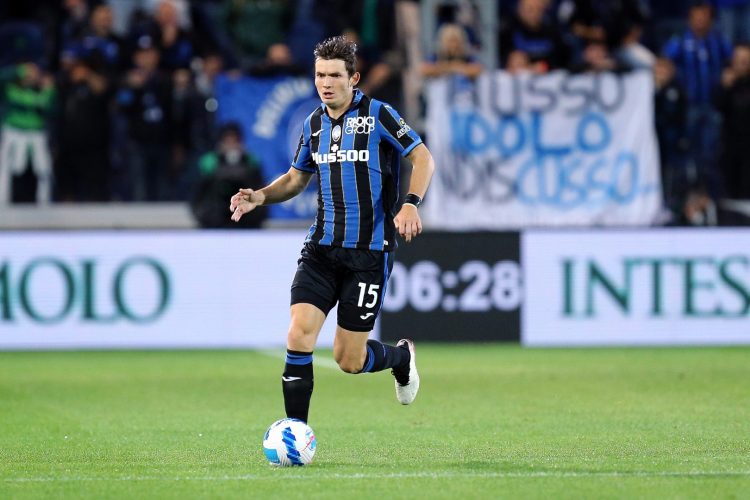 De Roon may play for an attacking side in Atalanta that has gained fans throughout Europe for their fearlessness going forward, but the Dutchman has added a layer of security in the midfield. In addition to his defensive abilities, de Roon has managed to score some simply spectacular goals as well. 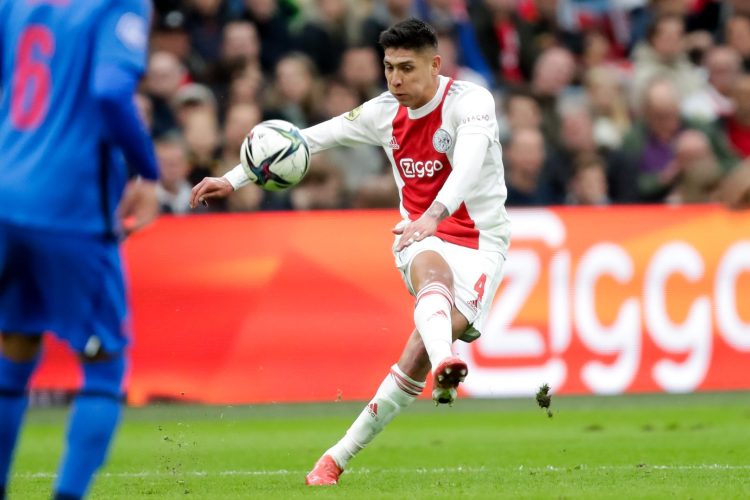 Alvarez will be one of the future stars for Mexico at the international level, but his play for Ajax has been huge in a Dutch side that often beats opponents due to their incredible form up front. The Eredivisie midfielder is only 23 years old, yet he’s received 50 international caps for El Tri. 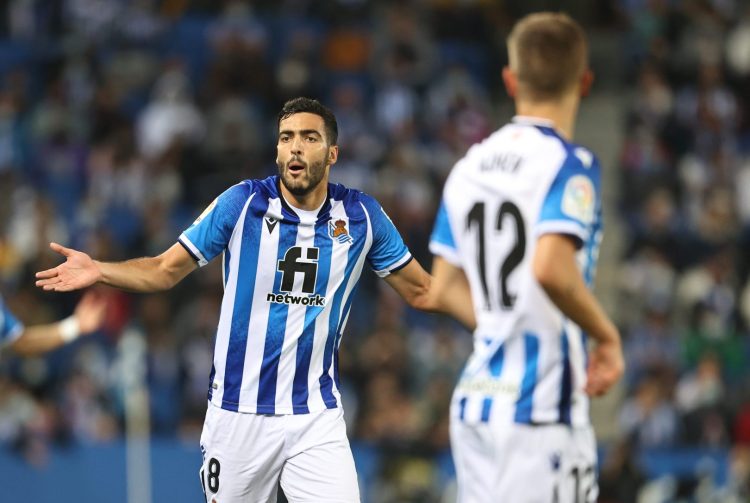 Merino’s early career at Dortmund and Newcastle didn’t offer amazing results, but he’s certainly making a name at Sociedad after recently hitting 100 matches for the club. Merino was even in the Spain squad recently that met Italy and France in the UEFA Nations League. 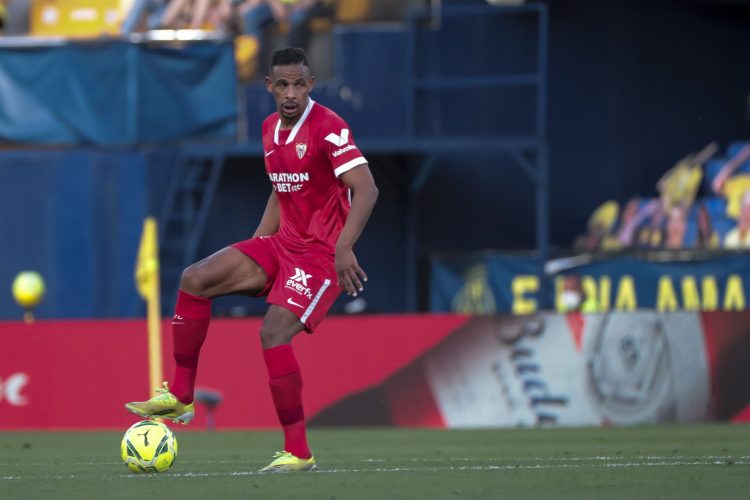 Reges is one of the veteran players on this list, but he’s been a monster in the midfield for Sevilla after spending years at Manchester City and Galatasaray. 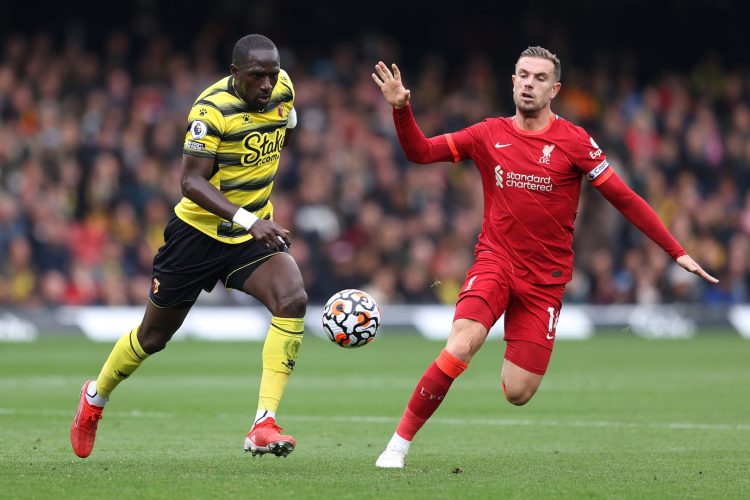 Henderson has been the lifeblood of Liverpool for many years and it’s no surprise that even in a squad as talented as the Reds the veteran Englishman still receives his plaudits. 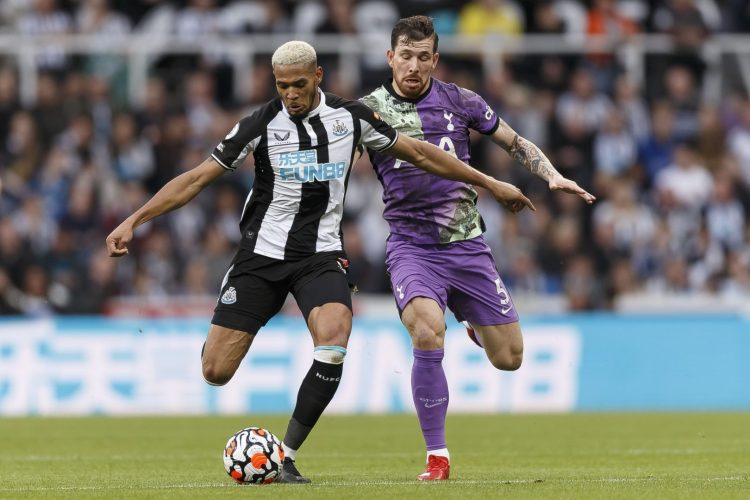 Hojbjerg came over from Southampton last season and there’s been a noticeable difference for Spurs in the midfield. Even though the team’s overall success hasn’t been up to standards, Hojbjerg is creating a level of consistency for Tottenham. 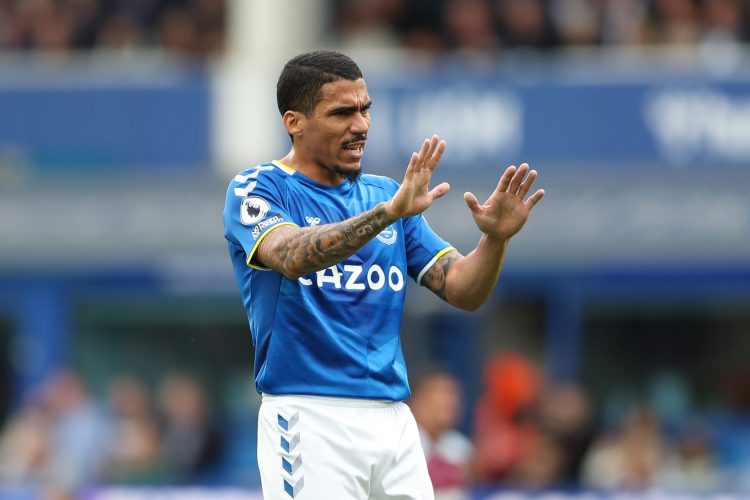 Allan has been a sneaky good signing for Everton since arriving from Napoli, but the Toffees are benefiting greatly from having the veteran Brazilian in their squad. 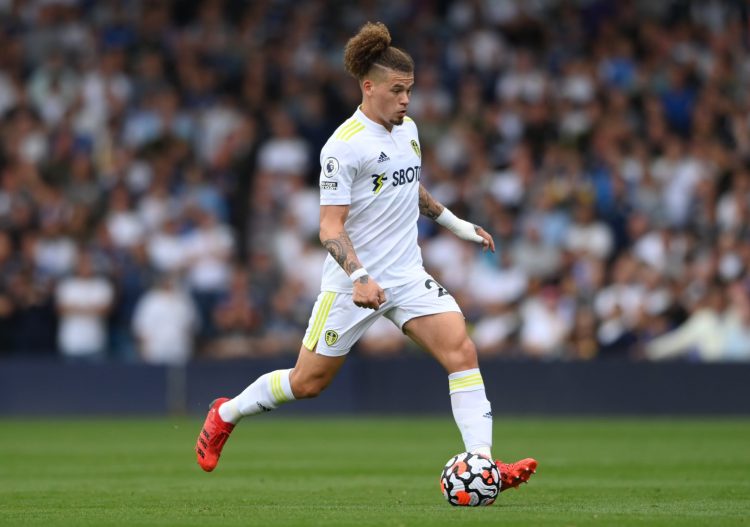 Phillips has really made a place for himself at Leeds and subsequently the England national team by becoming a true box-to-box midfielder. Phillips has paired incredibly well with Rice for the Three Lions and pretty much locked down a starting gig alongside his West Ham compatriot. 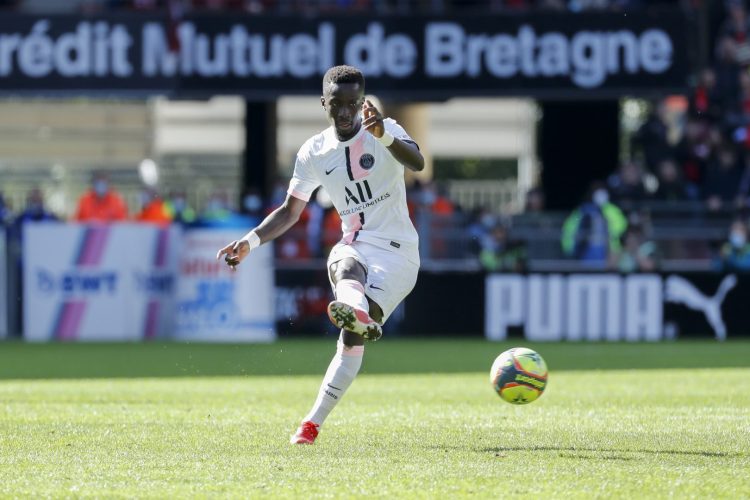 Gueye has been quite good to start the season in a team that features Lionel Messi, Kylian Mbappe and Neymar. Gueye has worked hard to ensure his place in the squad, even with PSG bringing in Georginio Wijnaldum over the summer. 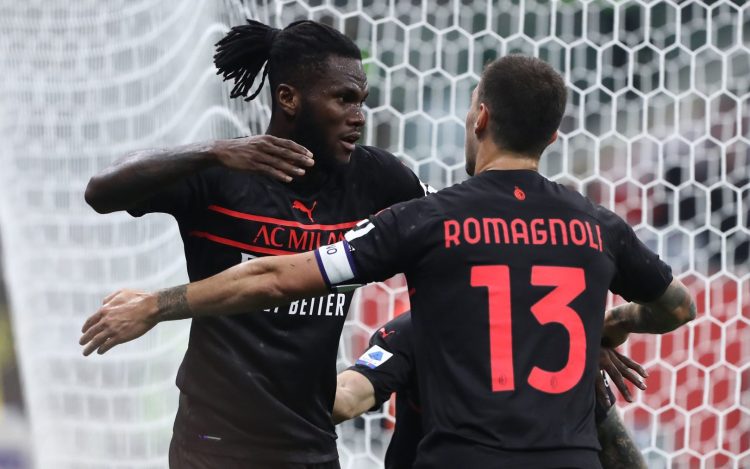 Kessie was simply fantastic last season for Milan and appears to truly be coming into his own at the club. After scoring 12 goals in Serie A from a deep-lying position, the attention has never been more on the Ivorian than now with Milan finally in a place where they’re competing regularly against Italy’s best. 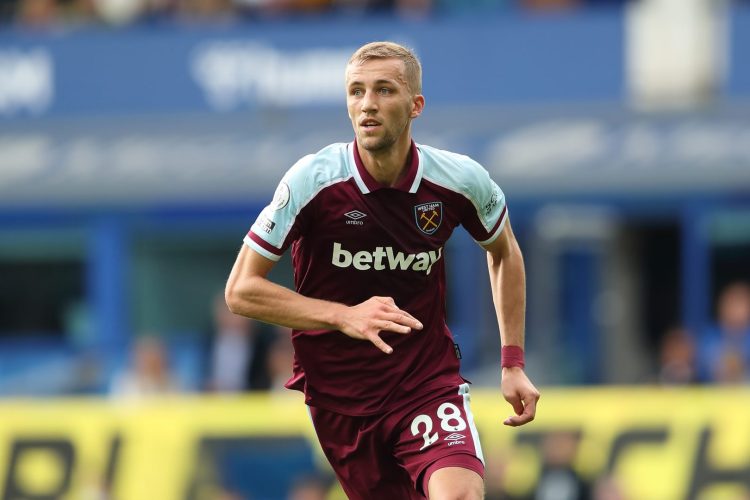 Soucek may be overshadowed at times by Declan Rice, but the pairing in West Ham’s midfield has made the squad serious Premier League dark horses given their ability to shut opponents down in the center of the park. 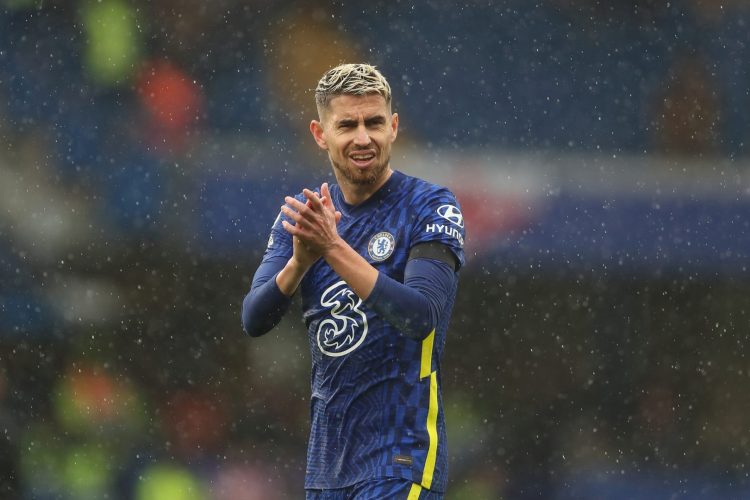 The Ballon d’Or nominee isn’t a defensive midfielder each time out, but he’s more than capable of playing the position very well. While he absolutely benefits from playing alongside Kante and other quality midfielders for Chelsea, Jorginho is every bit the magician when tasked with competing in big matches. 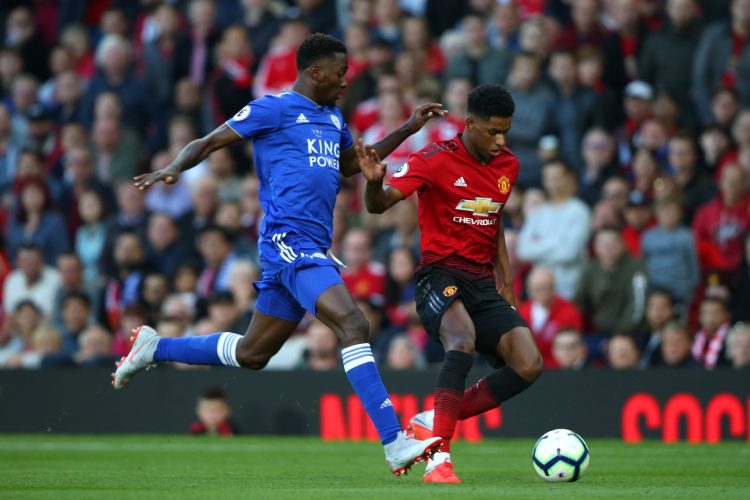 Ndidi doesn’t get discussed often with Leicester’s talented squad featuring other top players, but that doesn’t mean he doesn’t warrant praise. After Kante left Leicester for Chelsea, there was a clear hole in the defensive midfield and the Foxes plugged it brilliantly with a very similar and cheaper option in Ndidi. 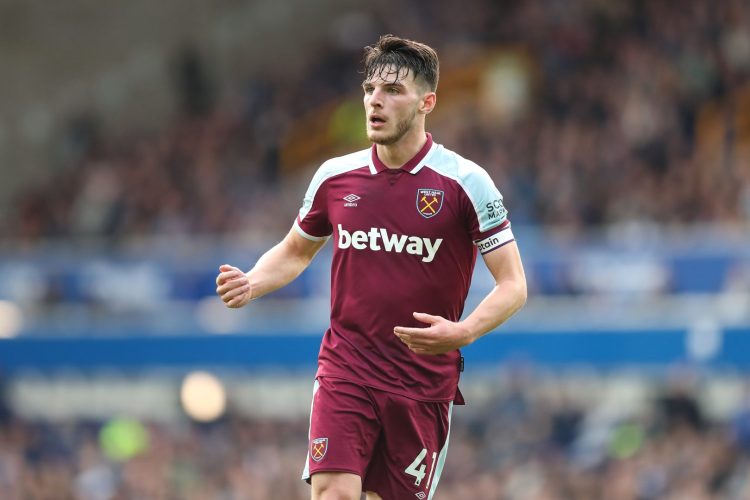 Rice will certainly be moving clubs in the very near future and it seems as though every top English side is looking to get their hands on the Three Lions midfielder. Rice is a regular starter for the Hammers and the national team, making him the perfect fit for a club like Chelsea or Manchester United in the coming years. 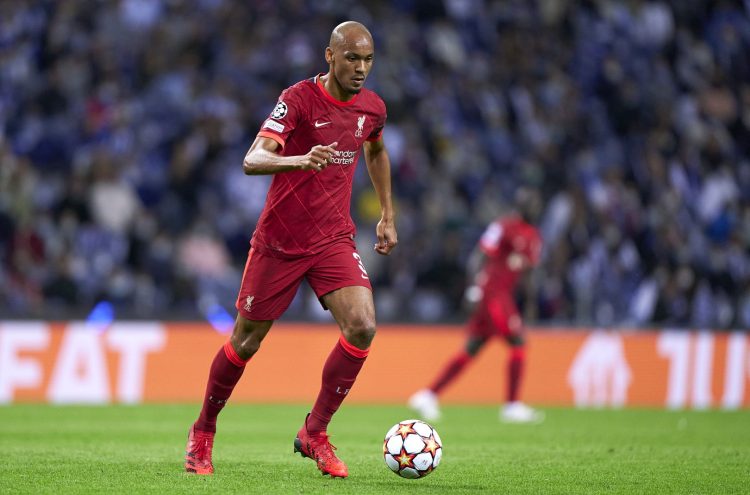 Fabinho has made a career for himself by being one of the truly best in the Premier League since joining from Monaco and he’s backed up his play by serving as a key role in Liverpool, including helping the side win the Champions League and Premier League titles. The Brazilian reads the game incredibly well and for that reason even played center back last season during Liverpool’s injury struggles on defense. 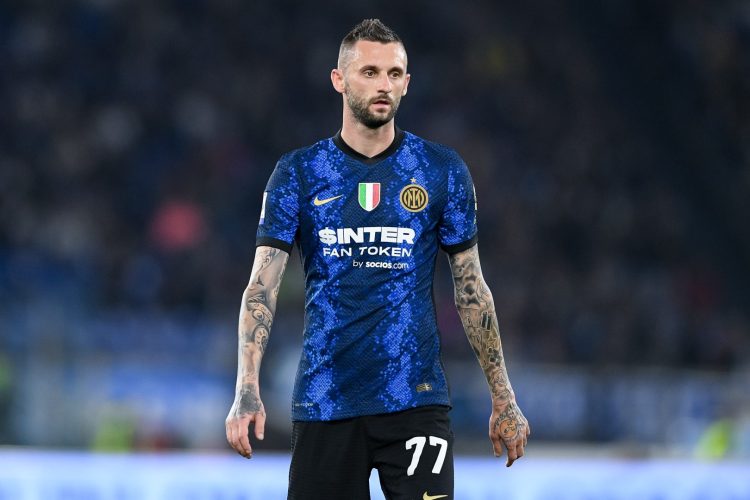 Brozovic has been a revelation for Inter since joining the club in 2015 and his form translated over to the national team scene as well for Croatia. Despite Inter’s strong attacking group, which was highlighted significantly during their Serie A title last season, Brozovic and the defense were equally stellar. 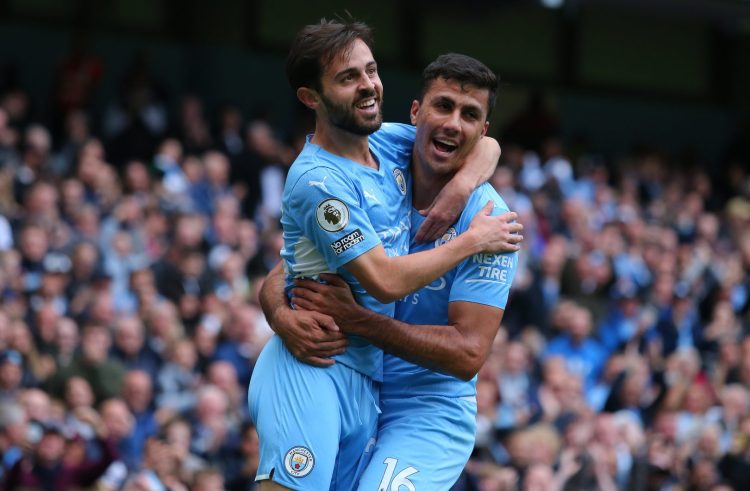 Rodri hasn’t been at Man City for very long, but it’s already evident in his first two-plus seasons that he was the natural long-term replacement for Fernandinho. Even before City brought in Ruben Dias to ensure a stronger back line, Rodri was using his natural midfield abilities to bring consistency to the squad in the same way his predecessor did. 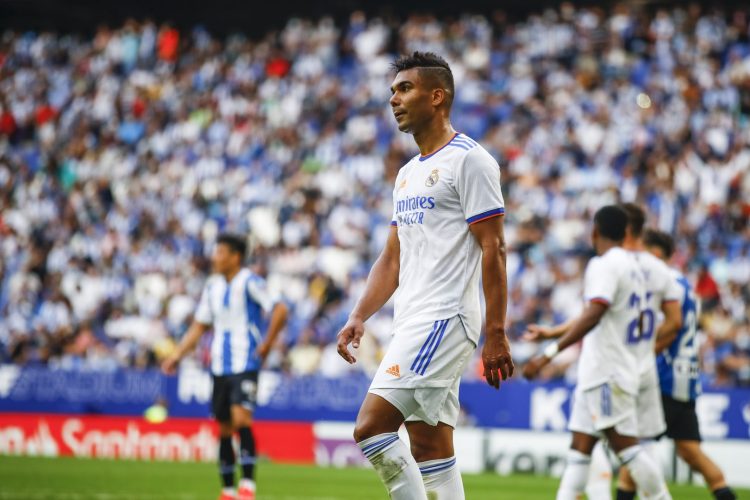 Casemiro rarely gets discussed in the grand scheme of Real Madrid’s success over the years, especially when considering Luka Modric’s Ballon d’Or and Cristiano Ronaldo spending so much time at the Santiago Bernabeu. However, the Brazilian has always been a top-notch defensive midfielder, breaking up plays with his physical presence and doing whatever it takes to win a match. 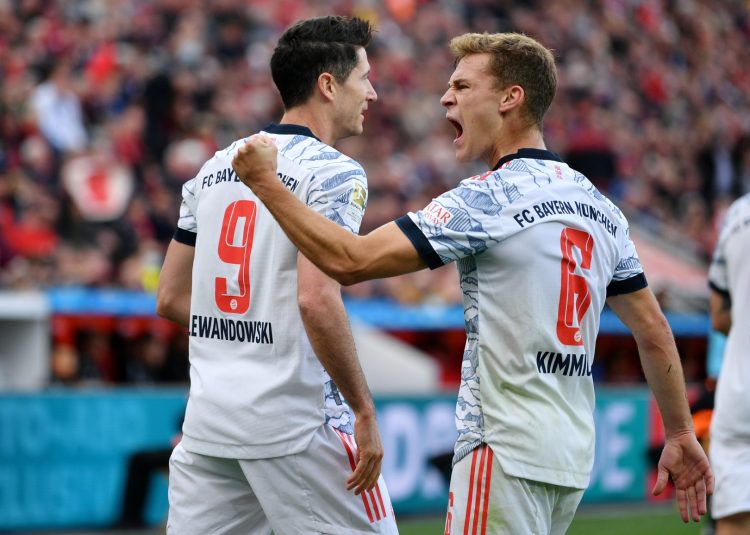 Kimmich has a legitimate shout for No.1, and when considering his career as a whole the German has been huge for what Bayern has built with its recent success. Despite the club almost always boasting a top back line, Kimmich has been a steady force in the heart of the midfield for years now and remains the best in the Bundesliga. 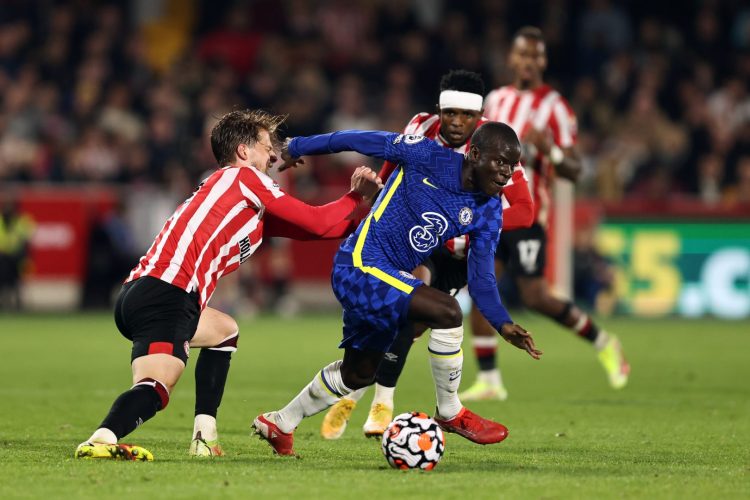 Kante is simply sublime for club and country, and both have certainly benefited greatly from his presence with both. The Frenchman is a Champions League and World Cup winner and his ability to change a match with a tackle or key pass is never a shock to anyone that watches Kante on a regular basis.