The Insane Tennis Sneakers From the '90s Need to Make a Comeback, Immediately

Maximalist designs were the wave in the late '80s and early '90s. Let us return to this blissful time. 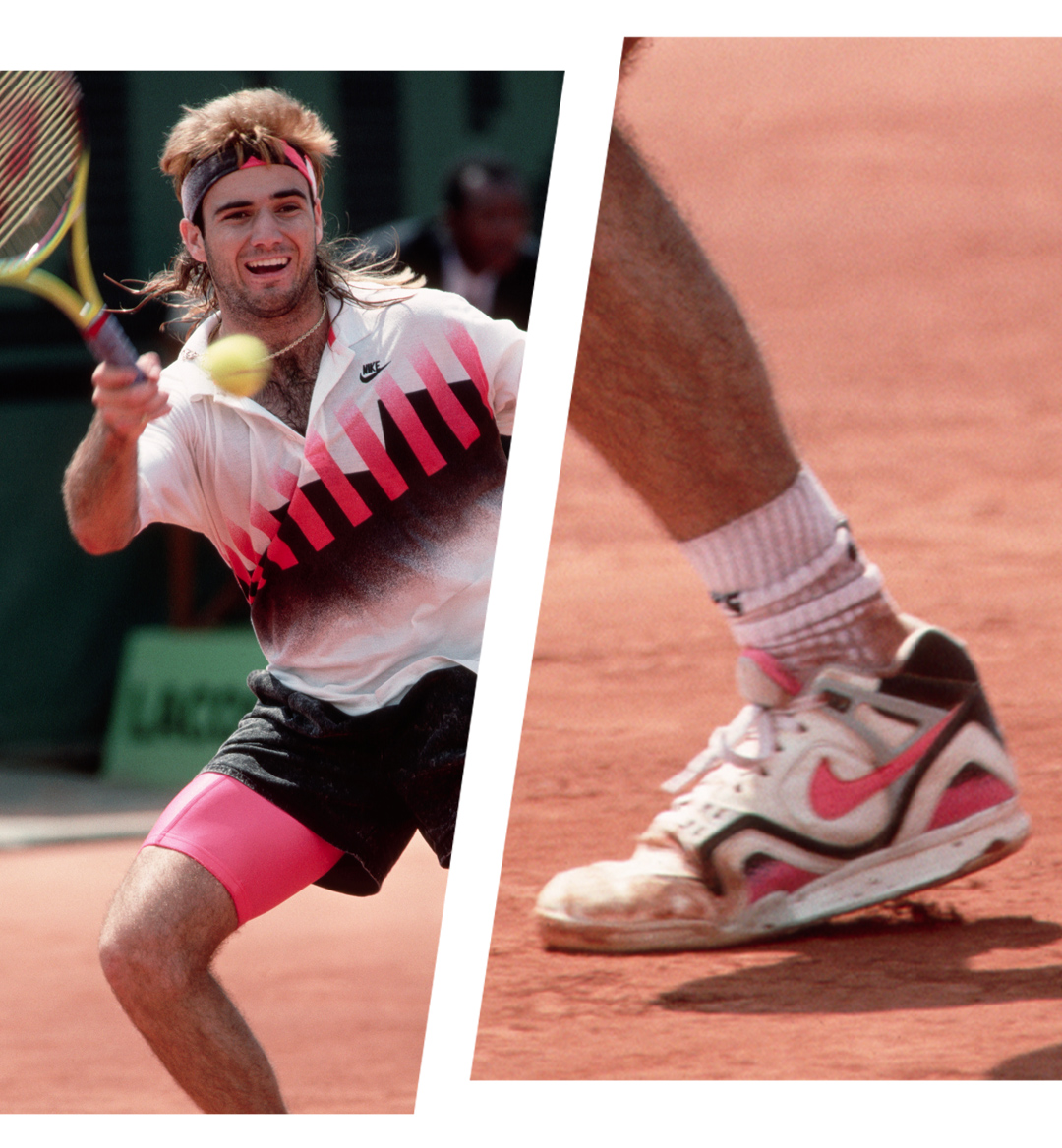 As sneaker culture crescendos, the intrinsic value of famous vintage sneaker silhouettes has increased within the culture. Adidas' tennis lines Stan Smith and Rod Laver were considered passe—maybe even dorky—in relatively recent history, but now everyone owns a pair. Many hi-fi sneaker lines, like Common Projects, basically modernize the look these shoes pioneered. These "tennis shoes" have become a staple of every casual wardrobe, to the point of ubiquity.

It's the late '80s, and American tennis is on the map, following the success of John McEnroe earlier in the decade. A teenage tennis prodigy named Andre Agassi is galvanizing the U.S. audience; he makes the U.S. Open and French Open semis in 1988. Pete Sampras, another teenager from the West Coast, wins the U.S. Open in 1990. Excitement abounds, and when that sort of energy is zapping through the air, it's only a matter of time before a sports apparel brand attempts to bottle it. 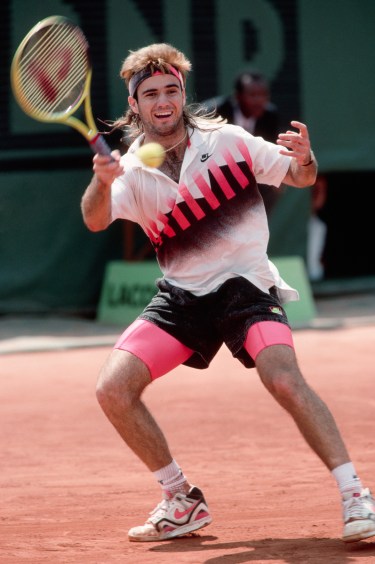 Andre Agassi during a match at the French Open, 1995 / Gilbert Iundt/Corbis/VCG/Getty Images 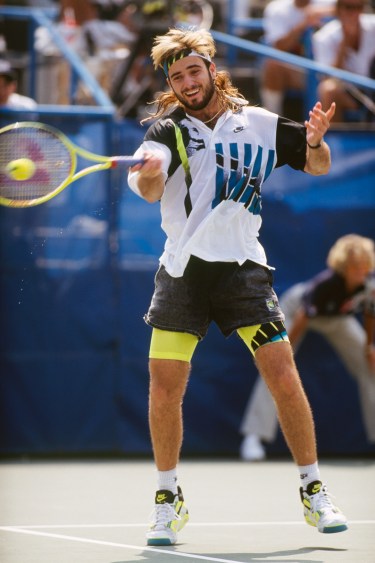 Enter Nike. By the time the '90s rolled around, Agassi is a marketer's dream. He's iconoclastic, fiery, and marches to the beat of his own drum as only a home-schooled child prodigy could. He refuses to play at Wimbledon for a few years, citing its stuffy atmosphere and the fact that you can't wear whatever you want. His flowing locks whip through the air anytime he unleashes his freakishly powerful groundstrokes, hair that is later to revealed to have been a wig.

In attempts to distill that bold flavor, Nike put together a shoe called the Air Tech Challenge II in 1990, slashing electric green and "hot lava" colorways onto a high-top shoe that owed more to basketball sneakers than tennis sneakers. It was the logical successor Subsequent Air Tech Challenge II models followed, all adhering to that basic formula: loud, maximal, something that looked like the antithesis of a country club sport specialty shoe. Some OG models will set you back $500, which isn't something you typically see in the tennis category, save for Serena.

While Agassi's shoe pushed the aesthetic into its now-familiar Hot Pink trajectory, it's its ancestor—the Air Trainer I—that might deserve another look. In 1986, John McEnroe had taken time off from the sport. When he returned, he hoped to approach the game differently. That meant a new sneaker.

The job went to Tinker Hatfield, Nike's storied Air Jordan sneaker designer. "Basketball shoes of the day were pretty flat with an 8-millimeter heel lift,” Hatfield said in a Nike retrospective describing his approach to the Trainer's design. “Running shoes had a 12- to 15-millimeter lift. I wanted to find a midpoint where there was enough heel lift for running, but also low enough to provide great stability.”

McEnroe loved the shoe so much that he disregarded Nike's demand that he not play competitive matches in it. While some OG pairs of the Trainer still float around for modest prices, Nike hasn't returned to the shape much, save for one-offs. In a sea of chunky footwear, it's time for the Trainer to return.