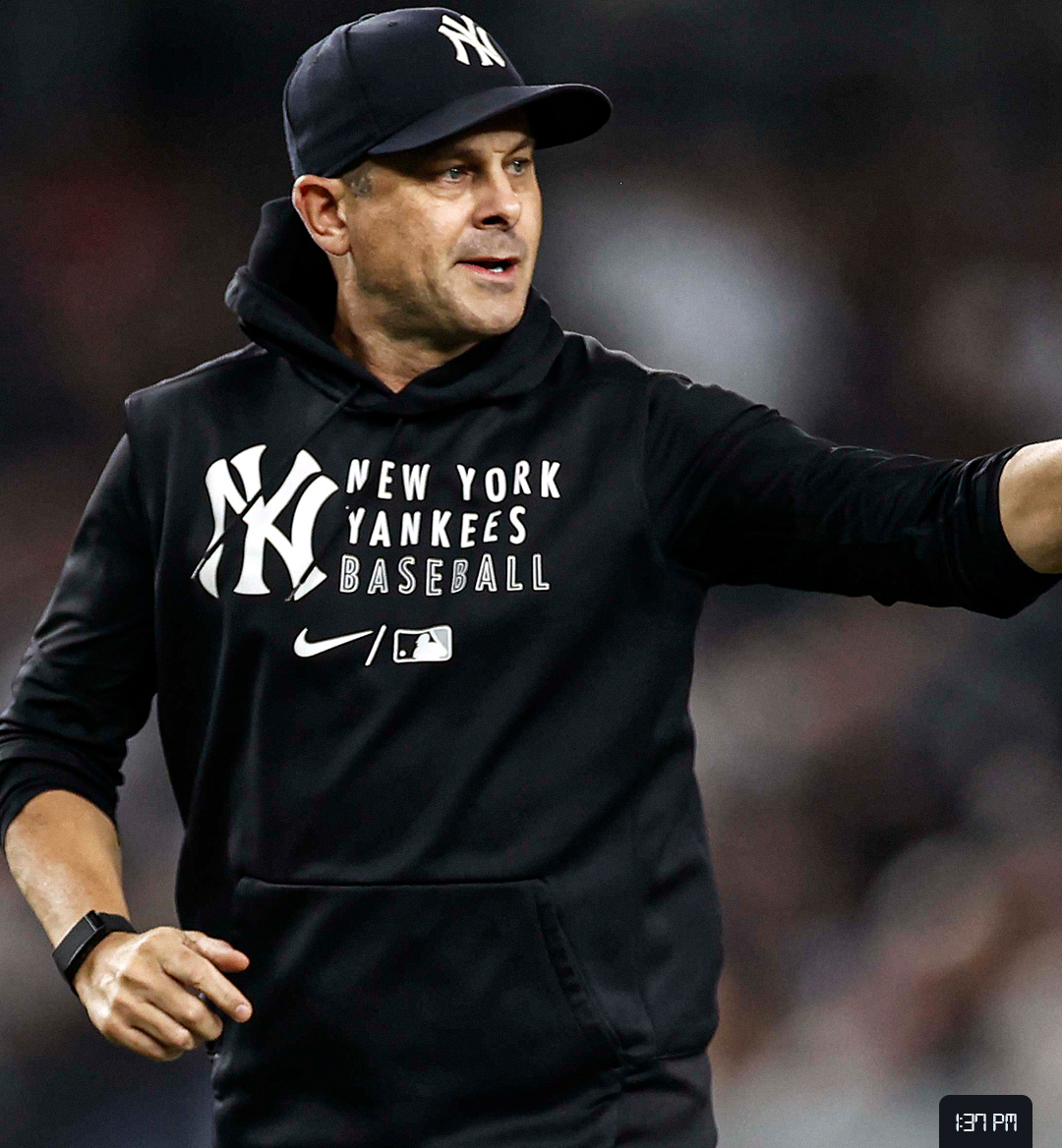 Two weeks after Boston eliminated them from postseason play, the Yankees have announced a three-year contract extension for manager Aaron Boone, and rightfully so.

The New York Yankees announced today that they have re-signed Manager Aaron Boone to a three-year contract through the 2024 season with a club option for 2025. pic.twitter.com/L7PeyXC9QC

Boone overtook the team from Joe Girardi in 2018. During his last season as the manager, Girardi led the Yankees to the American League Championship series; bringing the team to one win away from going to the World Series.

Let’s hear it for New York.

The @Yankees are one win away from the #WorldSeries. https://t.co/yGN6eWfMNl pic.twitter.com/7M2HbMg6nW

Even though he was held in high acclaim by the organization, players and fans for his success as the Yankees manager, Girardi and his relationship with the team was growing stale after 2017. General manager Brian Cashman hired Boone, in part, because he thought Boone would be able to connect with the clubhouse more effectively than Girardi did.

If the Yankees' biggest concern was Joe Girardi's "communication and connectivity" with the players, as Brian Cashman said, @carlosbeltran15 instantly solves the problem.

During his first two seasons, Boone led the Yankees to back-to-back 100+ win seasons for the first time since 2004. He's won the respect of Aaron Judge, who vouched for Boone to get his job back, along with a Yankees clubhouse that will expect to compete at the highest level for years to come.

With that being said, Boone is far from perfect. In 2021, he made questionable decisions when it came to the Yankees bullpen, like pulling starters too early, and not using his closer in the 9th inning to shut the other team down so that you have a chance to win. These type of decisions certainly costed them a handful of games.

And with it being very clear the Yankees need to improve their roster, Aaron must improve his bullpen management. There were multiple games where his decisions directly led to a loss. The Germán/Abreu decision against Tampa immediately stands out.

Over the course of 162 games, every manager will make these sort of mistakes, and that's something you have to live with in baseball. Additionally, the majority of Yankees issues do not consist of Boone's decisions making, rather a combination Yankees inability to consistently get on-base, starting pitching woes, base-running miscues, and defensive holes in the infield.

A large part of why Boone's return to the Bronx is good news is because of what the Yankees don't have to do now, and that's start from scratch with a roster full of question marks.

In 2017, they could afford to take a gamble on a new manager with the new era of Baby Bombers that was blooming. At the forefront of that roster was a 25 year-old Aaron Judge.

Aaron Judge will be 30 years old at the start of next season. If you can lock up a manager that has the respect of your leader, a winning track record, and more knowledge for the squad than anyone else, that's a win for your baseball team in the off-season.