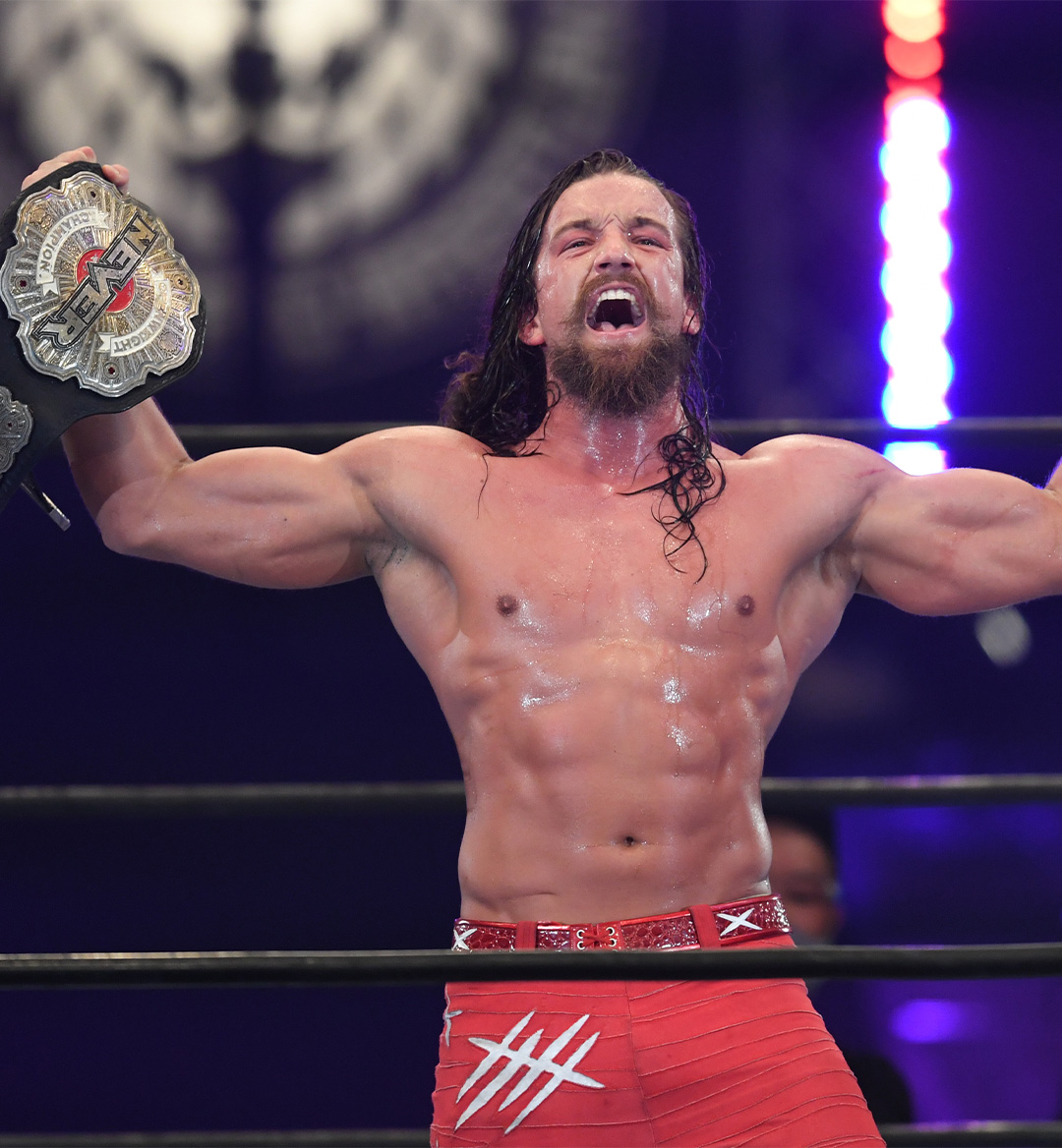 February 3, 2021. All Elite Wrestling presented its Beach Break edition of Dynamite from the Daily's Place in Jacksonville, Florida. Once the six-man tag team main event came to its decisive conclusion, a mysterious figure in a hoodie hit the ring and caught Jon Moxley from behind. Once that mysterious individual unmasked, everyone’s jaws hit the floor...CAUSE IT WAS NEW JAPAN PRO WRESTLING’S KENTA! All that talk about the “Forbidden Door” finally getting cracked open when it comes to exchanging talent between AEW and NJPW finally came to pass.

Fast forward to July 17, 2021. Impact Wrestling Slammiversary emanated from Skyway Studios in Nashville, Tennessee (WITH RETURNING FANS IN ATTENDANCE!). Not only did a slew of non-contracted talent from other wrestling companies make an appearance, the end of the show saw NJPW NEVER Openweight Champion Jay White shock the world by waltzing out to seemingly confront Kenny Omega and The Good Brothers. That single moment pretty much busted the Forbidden Door down and pointed to an exciting future full of company partnerships that will be sure to satisfy fans everywhere. The past few months in wrestling have seen companies like AEW, NJPW, Impact, NWA, and AAA work together to provide fresh matchups for the “Belt Collector” in Omega and allow their talent to hop over to participating promotions. Now that the “Pandemic Era” of wrestling has finally come to an end, the crossover potential between those top feds is stronger than ever before.

IMPACT Wrestling returns to PPV on October 23rd with Bound For Glory! pic.twitter.com/9B4wnheLsq

Take Jay White’s shocking run-in at Slammiversary for instance. His presence points to a wealth of exciting possibilities. His intense staredown with Kenny Omega could potentially lead to a battle of Bullet Club leaders at this year’s Bound for Glory PPV over the Impact World Championship. Just imagine - an NJPW contracted talent vs. an AEW contracted talent for Impact Wrestling’s greatest prize. Speaking of Bound for Glory, Impact teased that wrestlers from AEW, NJPW, and AAA will be on hand to make this a supershow to remember. El Phantasmo, Satoshi Kojima, David Finlay, and Juice Robinson have already stepped through Impact’s doors. Could we see even more talents, such as Rocky Romero and The Guerrillas of Destiny, also make a play for Impact dominance?

Another worthwhile development that’s come out of all this Forbidden door madness is the future crossover between Impact and NWA. Mickie James came out at Slammiversary and invited Knockouts Champion Deonna Purrazzo to attend NWA’s all-women’s wrestling event, Empowerrr. While she rejected James’ plea at the moment, it’s pretty clear that Purrazzo will be added to the card after all. And who’s to say that a bunch of AEW ladies and female indie favorites won’t also be on hand for that event? The likes of Britt Baker, Tay Conti, Red Velvet, and Leyla Hirsch should definitely be a part of such an important moment in women's wrestling. The same sentiment applies to indie standouts such as Skye Blue, Rok-C, and Holidead.

Now when we start talking about the continued relationship between AEW and NJPW, it certainly entails Jon Moxley’s future IWGP United States Championship defenses and talent exchanges for upcoming shows. Moxley has a pool full of worthy challengers that he can lock up with over his NJPW prize - seeing him go head to head with worthy challengers, such as Jeff Cobb and Tom Lawler, sounds like a worthy watch. And as the months wind down and AEW keeps on presenting its shows to raucous crowds, it’d be awesome to get a few unannounced appearances from NJPW’s native and Gaijin wrestlers. Imagine the crowd’s reaction if KENTA popped back up to hand out a Go to Sleep or two to some unsuspecting victims.

NJPW Resurgence could be even more of a major show if more outside talent gets to join in on the fun. AEW’s Jon Moxley and Impact Wrestling’s Good Brothers are already confirmed to appear. With the working agreements put in place with AEW, Impact, and ROH, it’d make all the sense in the world for wrestlers from all three companies to compete on the card. Lio Rush will be on hand to compete, so why not pit him against Impact’s Chris Bey? ROH’s Brody King has done a ton of work in NJPW Strong thus far - let’s give the big man a challenge by setting him up in a match with Impact’s Moose? Does The Good Brothers vs. The Guerillas of Destiny for the Impact World Tag Team Championship excite you? And we’d be all the way down to see Moxley defend the IWGP United States Championship against an ROH contracted talent. Moxley vs. Jay Briscoe, perhaps? All those dream scenarios and more could actually become a reality now that the post-pandemic Forbidden Door is wide open.