So What Exactly Is Basketball’s Warm-Up Challenge?

The story behind the biggest trend in basketball 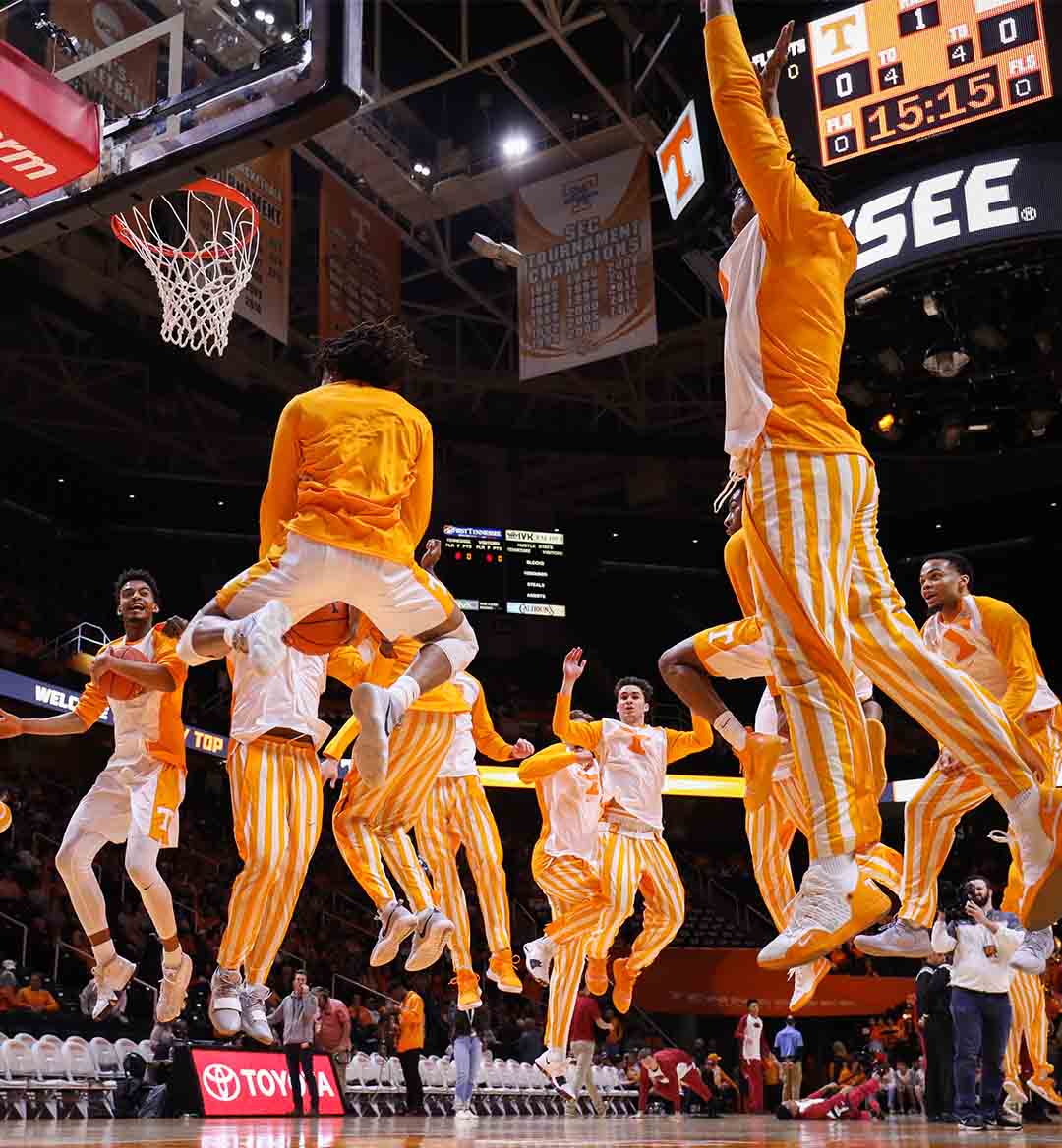 Above all else, the latest trend in hoops is fun to watch.

Before every tip-off is the standard pregame layup drill that players use to warm up for 48 minutes of action-packed basketball. If guards are not trying to display their best "jellyfam" layup package, they tend to practice their long-range shooting by pulling up 35-to-40-footers. Big men do the same thing but add power dunks to the mix. But today’s teams are diversifying what they bring to the layup line.

A new eye-popping trend in which a single player dunks the ball while his teammates, in perfect synchrony, jump with him—is slowly growing to become an exciting basketball phenomenon. It gets players extra amped up for the game while creating a reason for fans to show up early to enjoy the show.

Some of basketball's most elite programs have become the main attraction, not just for their dominant play but for the layup showcase they put on for fans and college recruiters.

Check out Oak Hill Academy. The program that helped launch the careers of a plethora of NBA players including Carmelo Anthony, Jerry Stackhouse, Stephen Jackson, Rajon Rondo and Brandon Jennings, continues its dominance on the court. Currently the fifth-ranked high school team in the nation, the Warriors have brought some high-flying scorers who know how to put on a show at the layup line.

Amongst the players who are a part of this year’s high-flying party from the storied program are guards Darrick Jones Jr (the player who is dunking in the video above) and highly touted senior McDonald's All-American Cole Anthony.

The Tennessee Volunteers have bought into the fun and the results are paying off. They are currently the hottest team in college basketball and are ranked No. 1 in the nation according to the AP's Top 25 poll. With senior leadership from players like Admiral Schofield bringing a new swagger to Knoxville, the drill has become so contagious that everybody follows suit.

Schofield claims he and his teammates originated this challenge, saying they started doing it three years ago. They called it the "One Fly, All Fly" challenge, and he says he's surprised it's now going viral and people are just getting on the wave.

For athletes such as Zion Williamson of Duke, Aaron Gordon of the Orlando Magic and LeBron James, this challenge is the perfect opportunity to showcase the endless swagger they have when airborne. After all, it'll be a beautiful sight to see the Cameron Crazies jumping in unison or the animated Lakers bench rising all at once when they become witnesses to some absolutely monster dunks.

They just love this game.