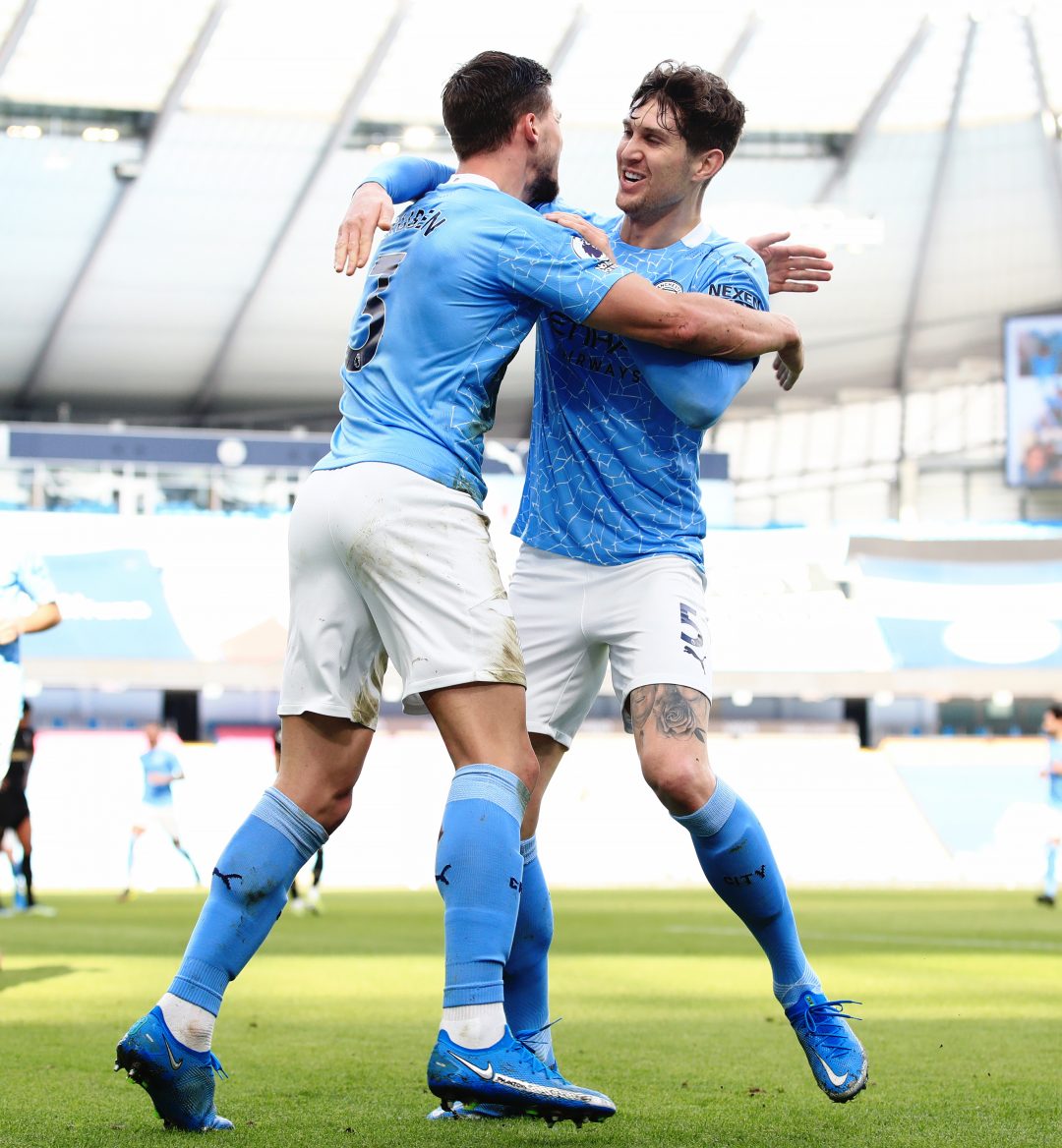 In a time where goal scoring studs are at a premium throughout the world of soccer, defenders don’t get the recognition they often deserve.

Lionel Messi and Cristiano Ronaldo have dominated the sport for over a decade-and-a-half each, but some truly talented defenders have graced the pitch as well including Sergio Ramos, Gerard Pique and John Terry.

What’s that saying about defense winning championships? In a lot of ways it’s certainly an accurate statement considering the best clubs around the globe have stellar back lines to protect their net.

Meanwhile, Lille have a similar, but slightly better, record in France on the defensive end with 22 goals allowed to this point in the season and Les Dogues are on pace to win their first Ligue 1 title in over a decade.

Let’s get into the discussion further now with the best defenders in soccer from the 2020/21 season. 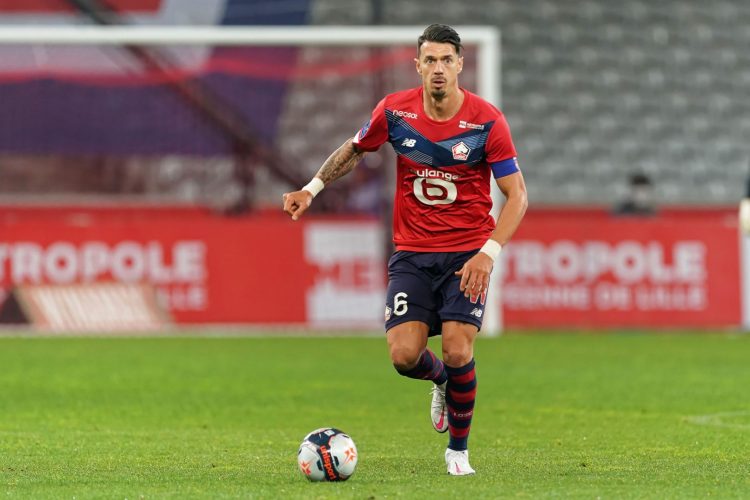 Lille’s unexpected title run has garnered plenty of its own attention as the club aims to outduel PSG in France’s top flight, but Jose Fonte deserves his own credit as the 37-year-old center back likely finishes out his career.

After spending years in the Premier League and holding up quite well for clubs like Southampton and West Ham United, Fonte has guided Lille to the best defensive performance in Europe in 2020/21. Lille has allowed just 22 goals, which is tied with Atletico Madrid’s mark in Spain. 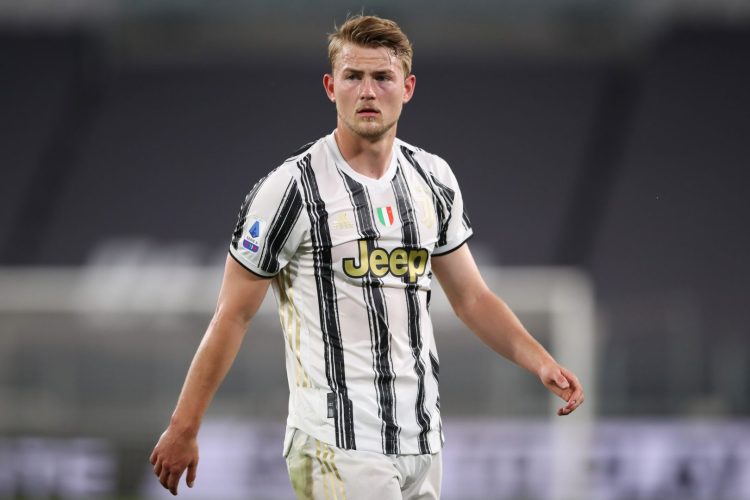 Sometimes it’s hard to remember De Ligt is only 21 when you consider the club he’s at and the success he previously had at Ajax. This is a player that was a game away from a Champions League final with the Dutch club just two seasons ago, and while Juventus has struggled this season De Ligt is beginning to find his way in Italy with the Bianconeri.

He’s been littered with awards as a teenager, and there’s no reason to believe there won’t be more to come in the future as De Ligt evolves as a player. 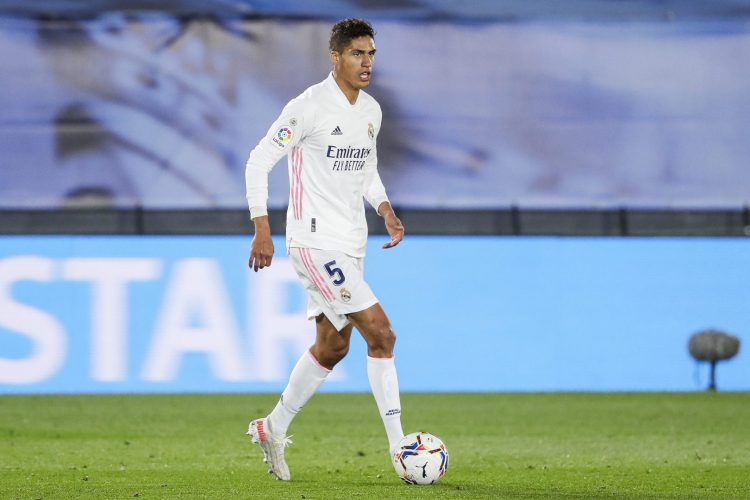 Although Sergio Ramos is often the focal point of Madrid, and rightfully so when you consider the success he’s had with Los Blancos, Varane is steady as can be defensively and that’s why he’s so highly coveted in the minds of other clubs.

The 2018 World Cup winner has played a significant role in Real’s squad over their numerous Champions League and La Liga successes, and at 28, Varane still has plenty of great days ahead of him. 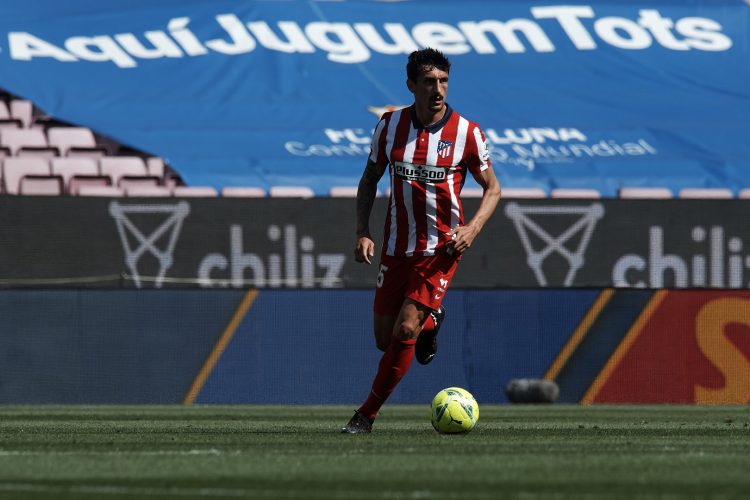 The Montenegrin has been the prototypical Atletico defender that Diego Simeone looks for in building a back line.

Since 2015, Savic has been one of the centers of attention defensively for Atleti and that consistently resulted in Madrid boasting one of the top defenses in the world. 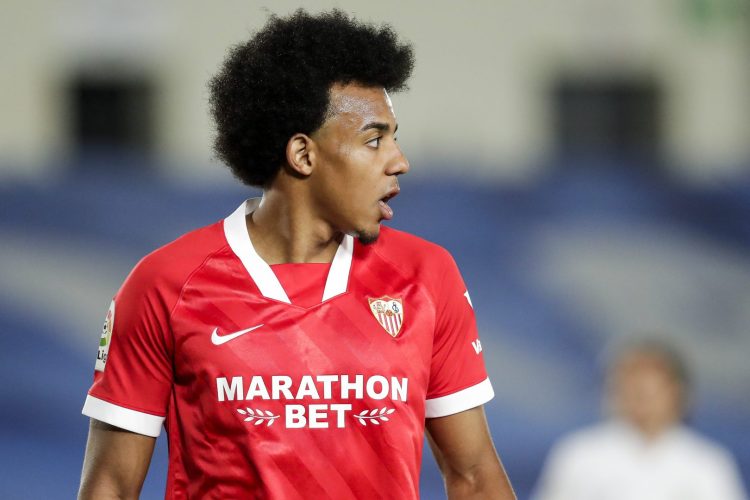 Kounde helped guide Sevilla to a Europa League title last season, and the 22-year-old is quickly becoming a major target for other top sides in Spain and beyond. Kounde isn’t the tallest central defender you’ll find, however, he makes up for it with his physicality and technique.

For that, teams like Chelsea and Manchester United reportedly have eyes on Kounde and he could very well be in the mix for France at the national team level moving forward. 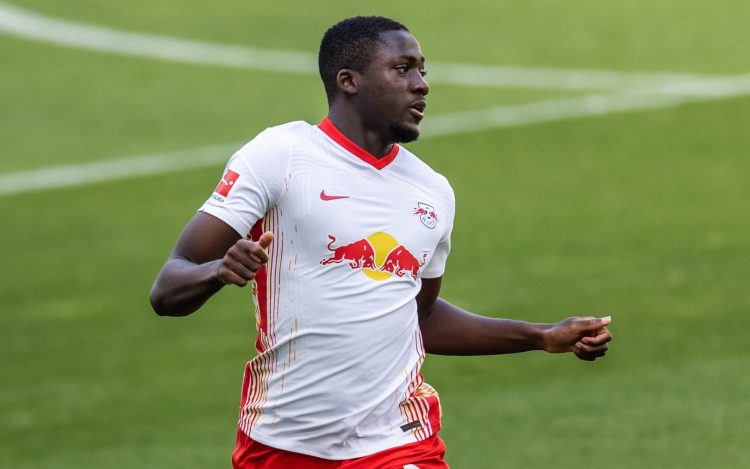 Upamecano is on the brink of a dream move to Bayern Munich next season, and given his success at Leipzig it makes perfect sense why the Bavarians would want the young center back.

He was named to the Champions League Team of the Season in 2019/20 after nearing getting Leipzig to the final, and he followed it up once again this year by helping his team finish top four in the Bundesliga. 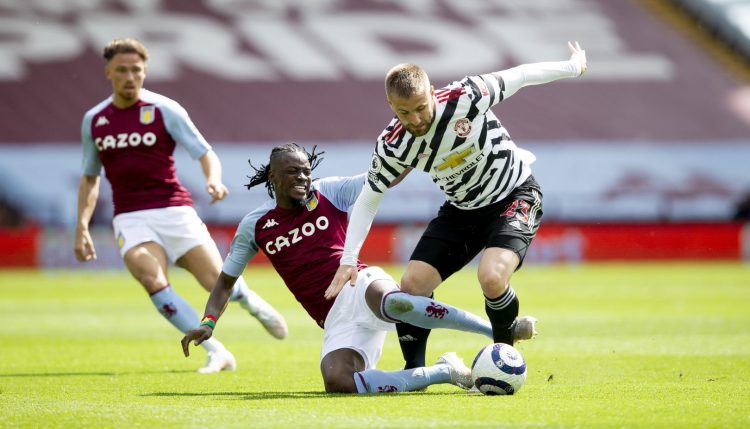 It’s been a complete revitalization for Shaw since the restart in 2020, and United has benefited greatly from his presence at left back.

Coupled with his willingness to get forward and aid Marcus Rashford on the left side of the pitch, Shaw’s been massive for the Red Devils defensively and helped allow the third-fewest goals this season. 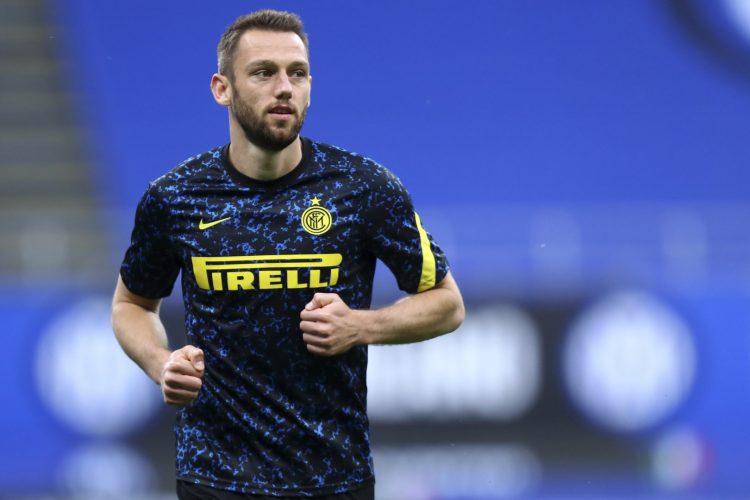 Antonio Conte’s side has been simply tremendous this season after dethroning Juventus atop Serie A and de Vrij and the Inter Milan defense has been a huge reason why.

De Vrij and Co. have allowed the fewest goals in Serie A this campaign, 30, and his presence at the heart of the defense has contributed to Milan’s push back to the top of Italian soccer. 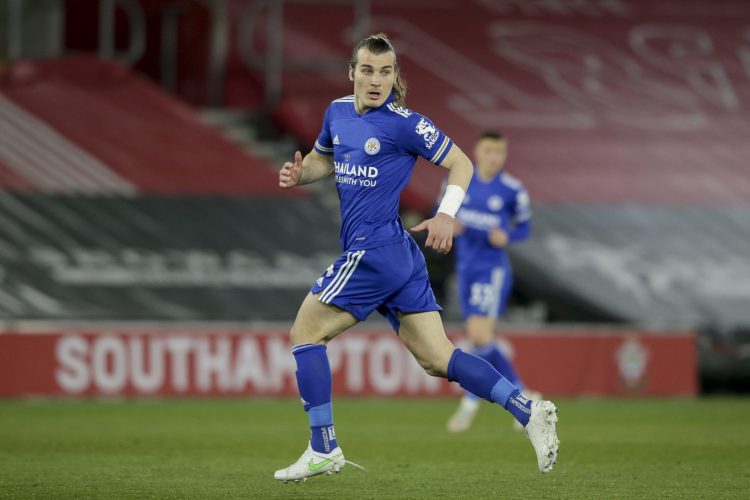 Leicester’s center back star replaced the outgoing Harry Maguire upon his move to Man United, and Soyuncu has passed his test with flying colors. The Foxes are in position to capture a Champions League spot yet again for the 2021/22 season and with a little bit of help they could make another title push soon. 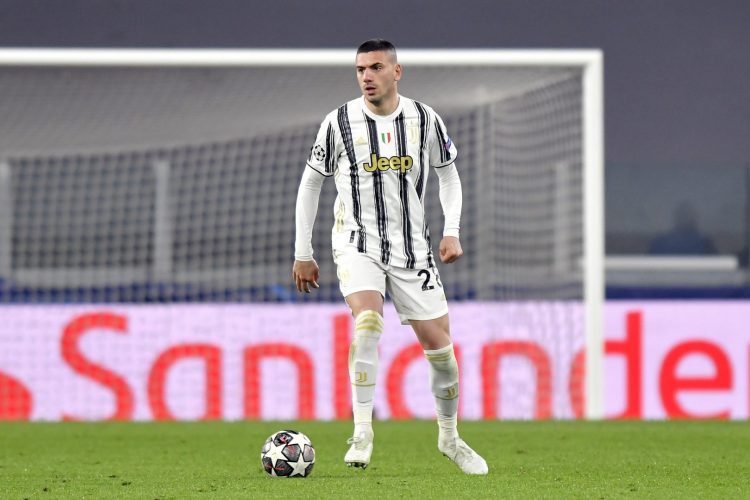 Like De Ligt, Demiral has been a godsend for Juventus despite battling a few injuries this season. The Bianconeri have been far off the pace they had hoped to set in 2020/21 but defensively they’ve been strong under Andrea Pirlo.

Demiral will play a crucial role with Turkey as they face a difficult Group A at Euro 2020 (played in 2021) which features Italy, Switzerland and Wales. 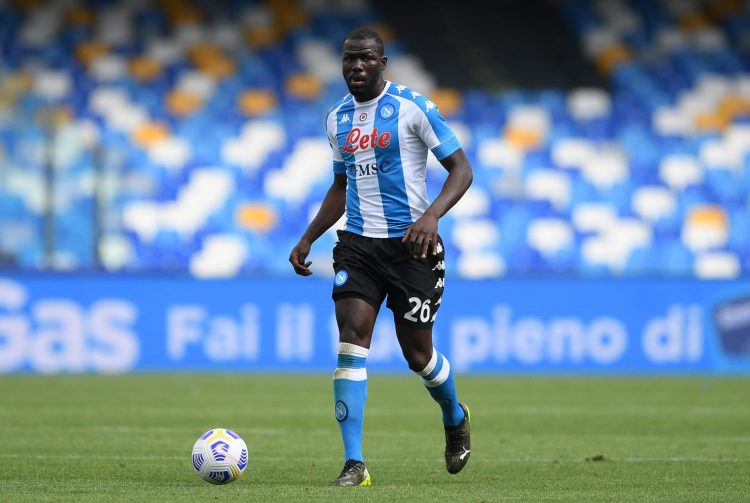 It’s felt like a long time coming that Koulibaly would make a move to one of the giants in Europe, and that’s disrespecting Napoli. It’s a testament to how talented Koulbaly is as a defender and how important he’s been in Serie A for several years now.

About to be 30 in June, Koulibaly still has lots of good play in front of him and the physical center back will be key for Napoli as they move into a new era that features lots of new talents in front of him. 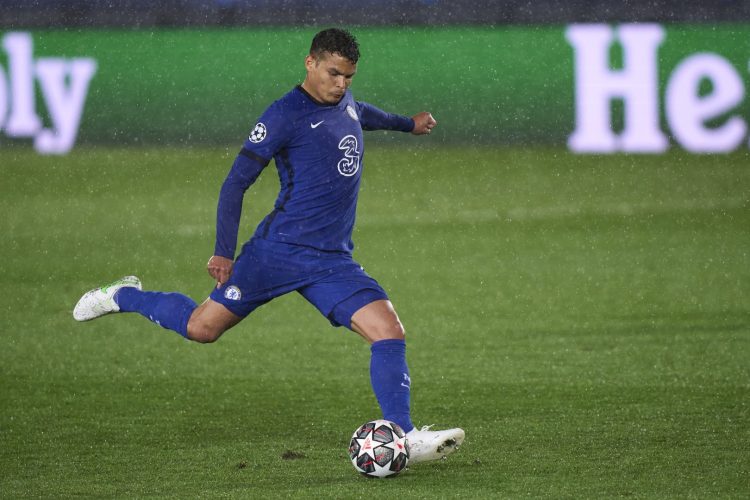 PSG’s loss proved to be Chelsea’s gain with the veteran center back arriving at Stamford Bridge this season. Silva’s been exactly the veteran presence the Blues have needed at the heart of their back line alongside the new arrival of goalkeeper Edouard Mendy.

At 36, Silva even has a legitimate chance of being called up by Brazil for this summer’s Copa America, where the Selecao will be the clear favorites to hoist another trophy. 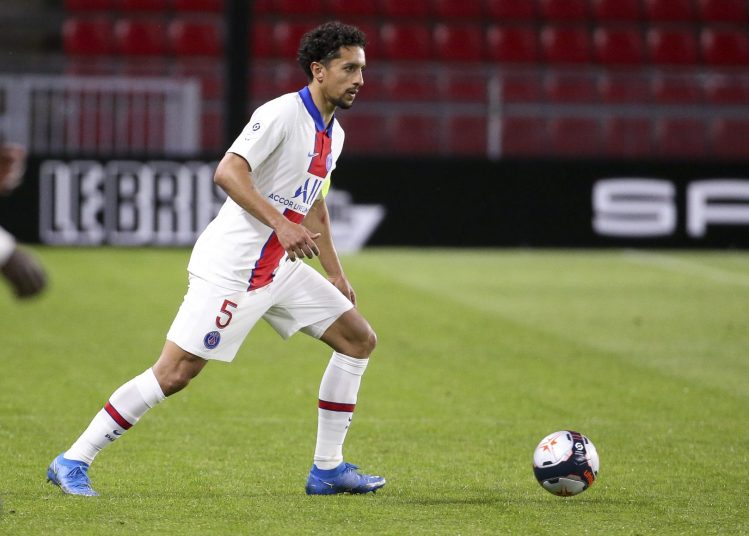 The man PSG expected to permanently replace Thiago Silva has been a major bright spot for the Parisians defensively despite some struggles with the rest of their starting back four.

The Brazilian scored valuable goals for PSG this season in the Champions League despite their semi finals exit and Marquinhos will certainly be a cog for the club moving forward as they look for that elusive UCL title. 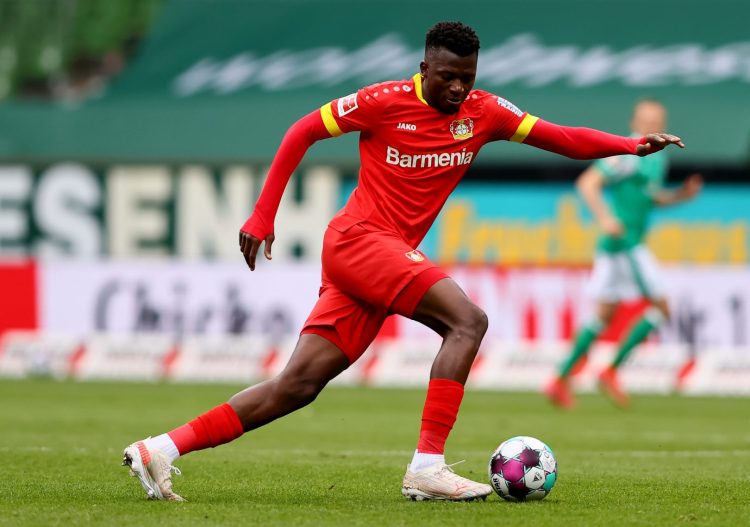 Tapsoba may be one of the most promising defenders in Germany at the moment and gives off major Jerome Boateng and Virgil Van Dijk vibes when watching the Leverkusen man play.

He’s only 22, but has been linked to Barcelona and Manchester United along with various other top sides in need of a central defender for the future. 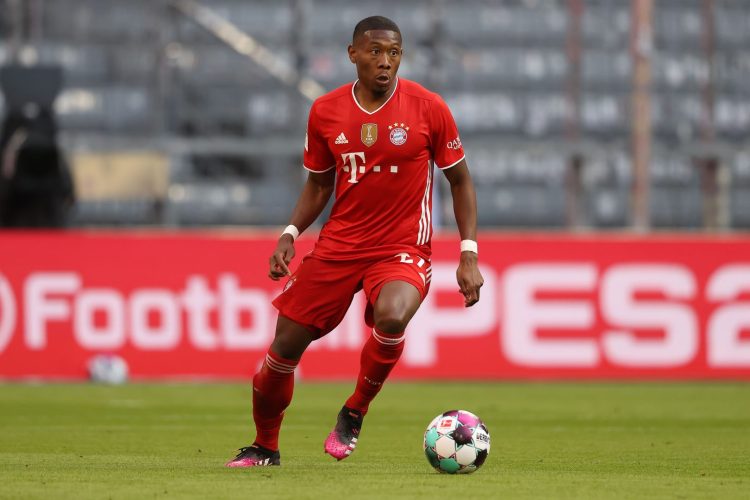 Bayern’s already made it be known that Alaba won’t be back next season but the Austrian has become such a huge figure for the club over the years. Alaba played a massive role in Bayern’s 2019/20 UCL title and the club just captured another Bundesliga crown.

Whichever club is lucky enough to secure his services next will benefit greatly, and it looks like Barcelona or Real Madrid are the prime contenders for the seven-time Austrian Footballer of the Year. 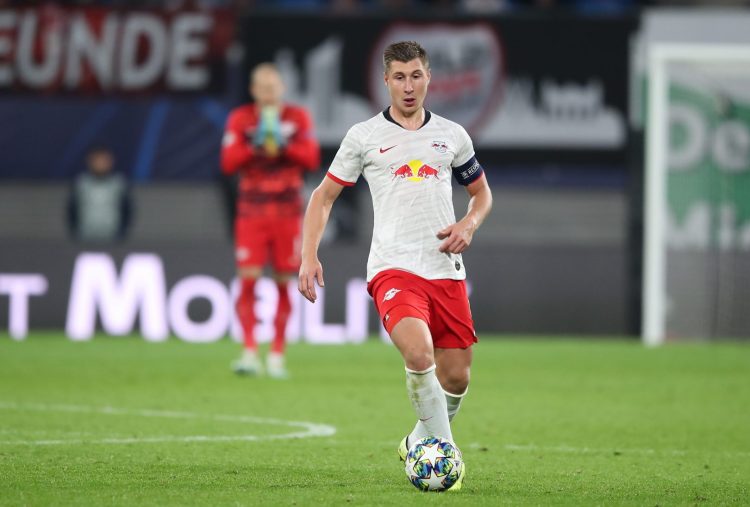 The Leipzig defender has guided the club to lots of success in recent years, including another top four finish this season, and Orban will be crucial for the team moving forward under new manager Jesse Marsch. 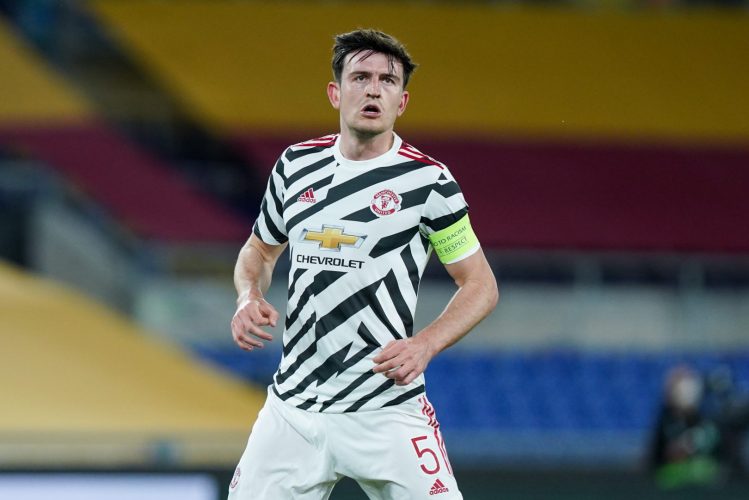 Maguire has drastically turned the corner at Man United and his play is directly helping the Red Devils build a defensive unit that is one of the Premier League’s best.

The United captain will play a significant role with the Three Lions moving forward as they push for success at major tournaments in the future. 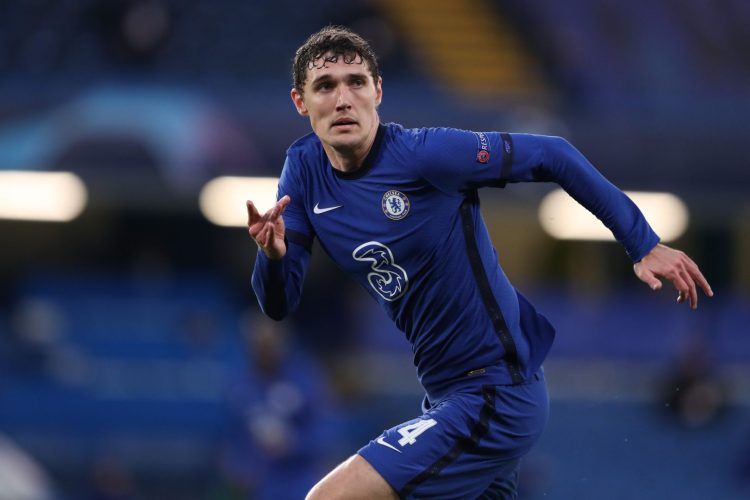 Chelsea’s revived defense has been incredible since Thomas Tuchel’s arrival, and Andreas Christensen has been one of the top beneficiaries of the German manager’s presence at the club.

The Blues have allowed the second-fewest goals this season and are also second in clean sheets held during the Premier League calendar. 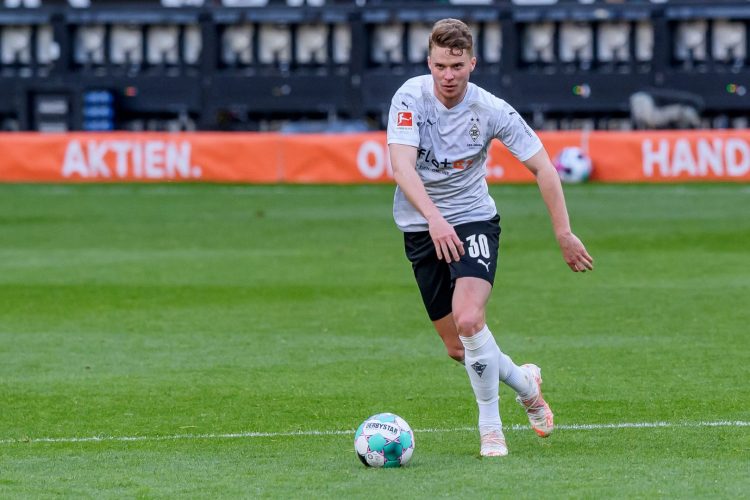 Casual Bundesliga supporters likely won’t know Elvedi, but he’s becoming a massive figure in Germany despite Monchengladbach’s troubles in the league this season.

Elvedi has also become a regular fixture for Switzerland and could be on the radar of bigger clubs with a strong performance at the Euros this summer. 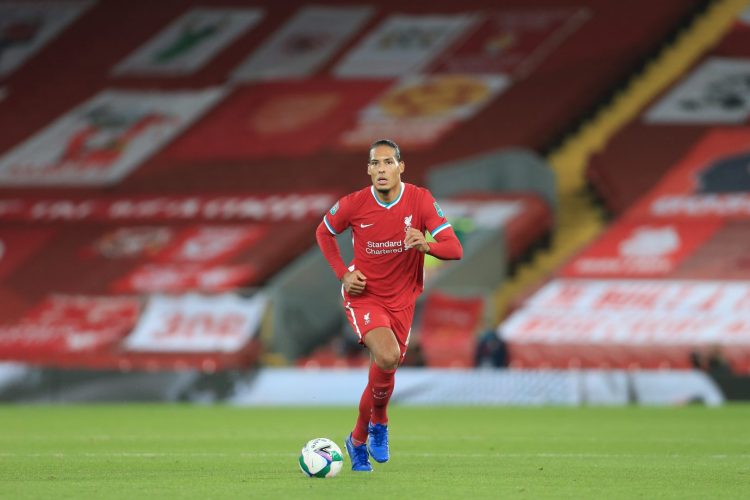 Although Van Dijk has missed much of the season with a knee injury, the Dutch defender is unquestionably still among the best defenders in the game when healthy.

His absence from Liverpool has been well documented and it’s easy to see why the club’s struggles have resulted from Van Dijk and Joe Gomez’s respective injuries. The Reds will hope to have Van Dijk back to full strength in time for next season so that they can become title contenders once again. 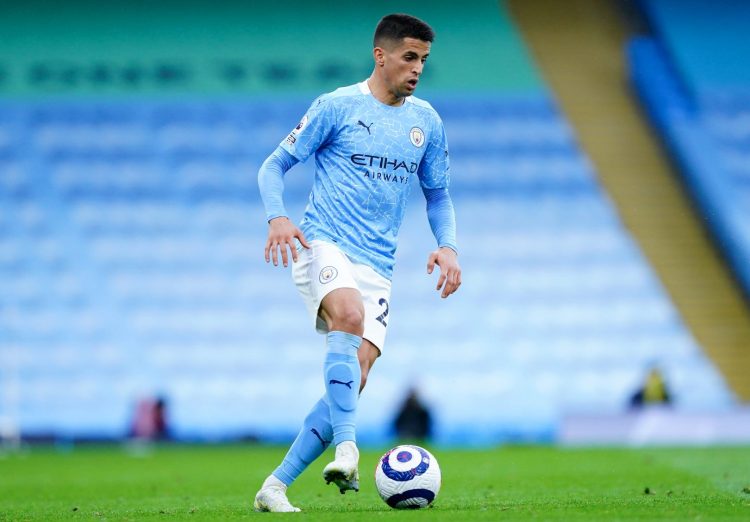 Cancelo arrived from Juventus in 2019 and while it took some time to adjust to life in England, the Portugal international is becoming one of the top left backs in the Premier League.

Pep Guardiola’s decision to move Cancelo from the right to left side of the defense has been crucial not only for the defender himself but City’s unit collectively. He’s tremendous going both ways and especially offering another wrinkle in the Citizens’ attack. 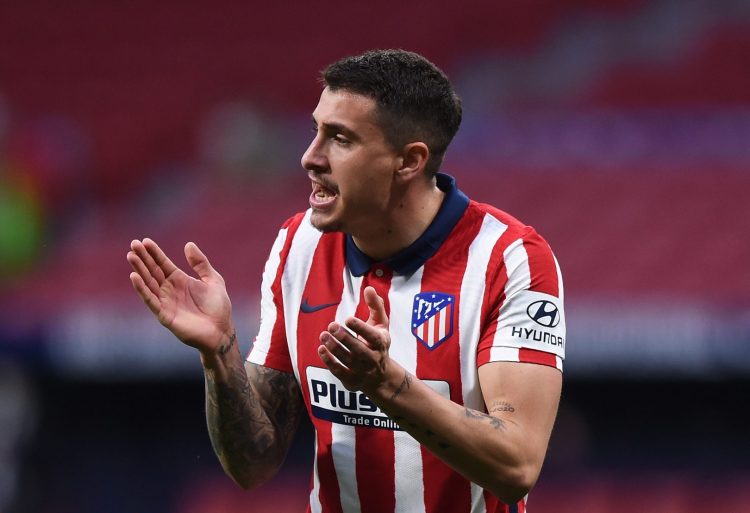 Gimenez has garnered plenty of attention at clubs not named Atletico Madrid, but somehow the club has been able to keep him to this point. He’s tremendous at commanding the back four of Simeone’s side and the Uruguayan continues to guide Atletico to defensive success despite the club’s troubles in the attacking third.

Atleti currently leads La Liga with a few matches remaining, and Gimenez will be huge in making sure the club can get over the line and secure victory over Barcelona and Real Madrid. 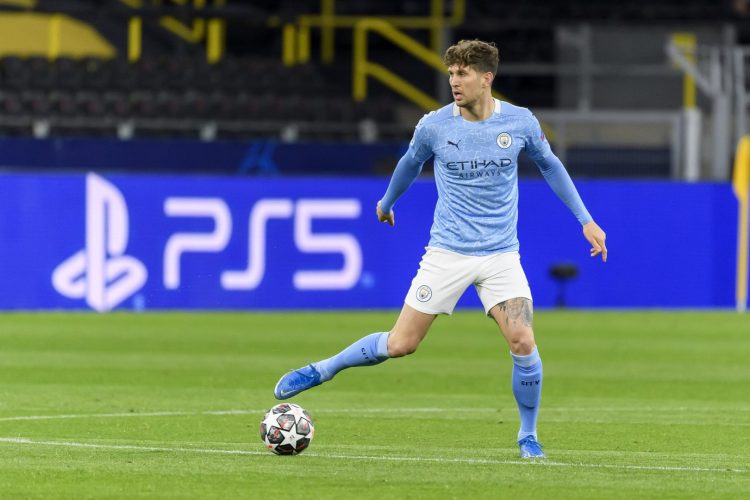 A few years ago Stone wouldn’t have been this high on the list, but the combination of having Ruben Dias alongside him and Stones raising his play has made this an easy decision after watching Man City regularly.

Stones figures to be a huge part of what England does moving forward as well as at the heart of Gareth Southgate’s defense heading into the Euros and 2022 World Cup. 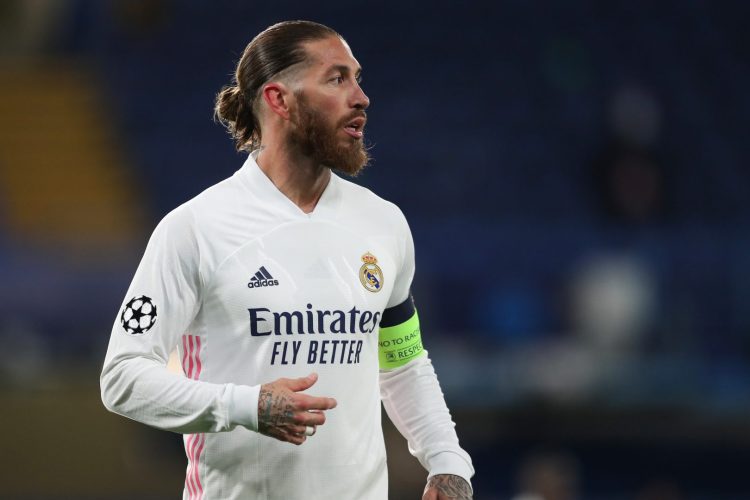 The accolades are nearly endless for Ramos, who’s easily become Real’s most successful defender in club history. The numerous Champions League and La Liga crowns have made Madrid a must-watch since Ramos began playing for Real in 2005.

Ramos’ biggest achievement of all was certainly helping Spain win its first World Cup in 2010, but what the defender has done since by exhibiting stellar performances year after year is quite the achievement in itself. 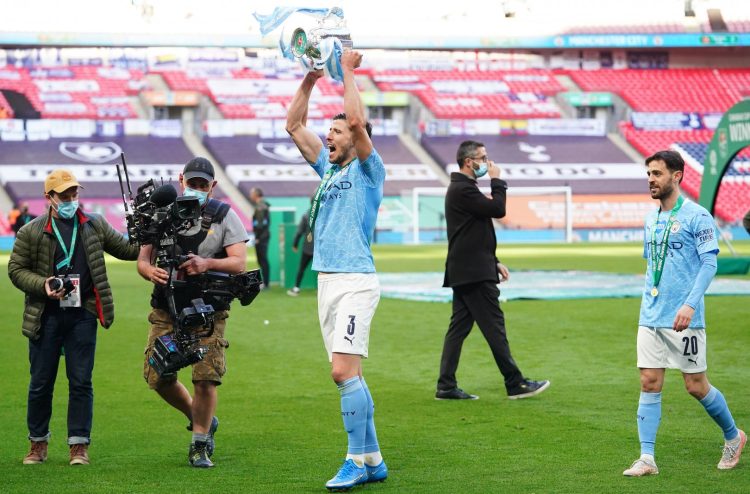 When Man City brought in Dias the club’s vision was very clear. Establish a presence centrally that mimics what Liverpool was able to do with their transfer of Virgil Van Dijk a few seasons ago.

Dias has been that exact presence Pep Guardiola has been looking for and guided the club to yet another Premier League title. The Portuguese defender has raised City’s level yet another gear and it’s imaginable that he and his side will only continue to get better together.