The 5 Greatest Fictional Sports Movie Athletes of All Time

These cinematic sports icons are legends for a reason. 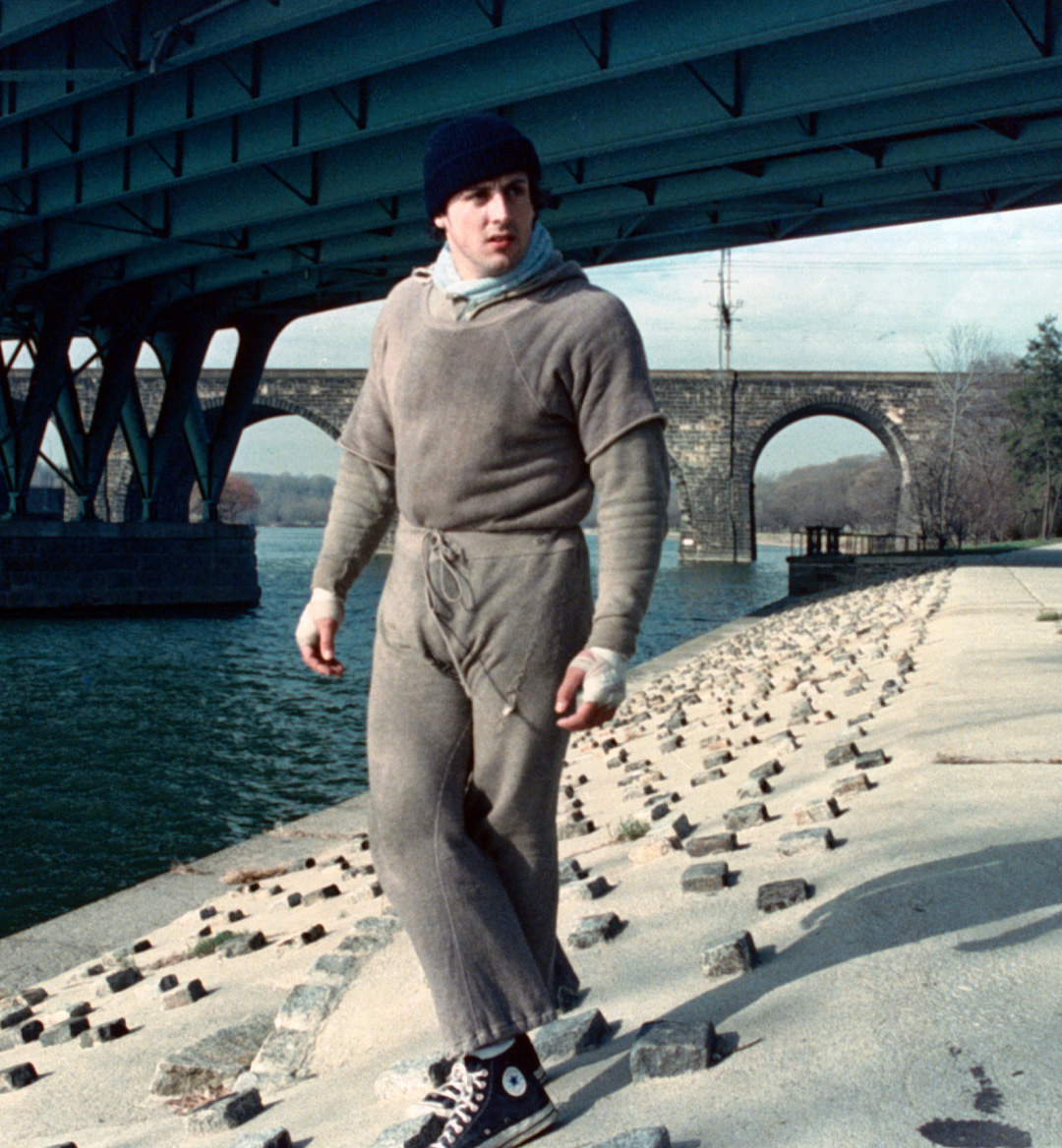 What’s cooler than watching the underdog overcome the odds and become champions?

Sports films create a euphoric feeling for all believers who appreciate the grit, sacrifice and grind it takes to become ahead of the class. There are even cases where comedic relief—like Morris Buttermaker’s Bad News Bears or Jackie Moon’s Flint Tropics (Semi-Pro)—create moments that embody the fun, wacky side of team competition, which shows that over time, personalities and physical talents can mesh with one another to accomplish a common goal.

What makes sports films so fun to watch is the characters. From the typical dominant, well-built cocky figures to the undersized, hard-working, persistent underdogs, the roles that resonate with us have helped make certain sports films and characters so memorable.

So, to pay homage to those films, ONE37pm put together a list of the greatest fictional athletes of all time. Here’s our starting lineup.

With his best friend and teammate Cal Naughton Jr. by his side, the captain of the “shake-and-bake” ship is a hilarious, yet dominant figure on the race track. Talladega Nights’ Ricky Bobby changed the NASCAR game with his aggressive style of driving and comedic trash talking. What makes Ricky a legend is his ability to be himself no matter who is around. Whether it’s his classic one-liners during interviews (“I mean, I wake up in the morning and I piss excellence”) or his hilarious antics off the track, such as his prayer to “baby Jesus”—one thing you can say is the guy knows how to win in style.

He’s what every guy wanted to be and what every lady swoons over. An ex-con turned big-league pitcher, Major League’s Ricky Vaughn is the perfect prototype of what a badass MLB player should look like. A super chill, nonchalant demeanor whose temper can explode faster than dynamite, Rick knew how to do one thing very well—unleash fastballs.

Before Joel Embiid’s “trust the process” motto popularized, Rick was the first to become living proof of the idiom, as his inconsistent pitch placement on his fastball became better after every throw, thanks to the simplest addition—his glasses.

The toast of Cleveland, Rick sure knew how to make everything groovy.

If there was any fictional athlete that embodies the “never give up” mentality of some of today’s pro athletes, Shane Flaco is the guy you can use as a study on the topic: Mental Toughness 101.

After a horrible showing during the 1996 Sugar Bowl, the entire football world wrote him off and Falco’s confidence had been shattered—until redemption came calling in the form of Coach Jimmy McGinty, and he answered by suiting up for the Washington Sentinels. People feared that he would continue his string of poor performances and weak mental showings but he proved them wrong. He was able to motivate, guide and lead his teammates to victory against playoff contenders to help the Sentinels qualify for the postseason.

What makes the character Shane so legendary is his courage to face his weaknesses and not let vulnerability stop him from evolving as a man and as a football player.

His speech about “quicksand” is one of the most underrated and under-appreciated scenes in sports films history.

2. Jesus Shuttlesworth (‘He Got Game’)

The Man. The Myth. The Legend.

NBA World Champion Ray Allen portrayed Brooklyn high school standout, Jesus Shuttlesworth in 1998’s He Got Game. Standing at 6 foot 5 with a wicked jump shot and a killer crossover, Shuttlesworth dealt with the constant pressure of living up to the hype as the next superstar of the NBA. From dealing with girls, a damaged relationship with his father to fighting the temptation of accepting free money from boosters, Shuttlesworth showed the world that there’s a bigger game than hoops that many young ballers need to prepare for.

The politics and dynamics that come with being a young phenom is not for the kind-hearted as Shuttlesworth dealt with tough decisions daily. Coney Island’s finest still resonates as a classic depiction due to the fact that this character is still very much present in the pop culture lexicon today.

When you mention the name Rocky Balboa, everyone smiles ear to ear.

A blue-collar athlete who worked hard to earn his keep and an undersized slugger who can be compared to as the “little engine that could”—Balboa brought a sense of identity and pride to the city of Philadelphia.

An aggressive fighter who loved to damage the body before going for the knockout punch, Balboa was an opponent’s worst nightmare due to his ability to withstand hard-hitting punches. His will, grit, and persistence are the reason why Rocky is one of the most respected, well-loved sports figures in cinematic history Quotes like: “Life's not about how hard of a hit you can give... it's about how many you can take and still keep moving forward,” are reasons why he won best film and help earned Sylvester Stallone his first best actor nomination at the 49th Academy Awards.

Rocky is an iconic figure not just in sports films but in Hollywood at large. His toughness and bold exhibition showed the world what happens if you just keep on pushing and moving obstacles out of your way.

Nothing comes easy at first. Rocky wanted to become heavyweight champion, and in his first attempt, he failed. But during his second go-around, he won. At first, you don’t succeed, dust yourself off and try again.

Related: Scope These Polaroids from the 2005/2006 NBA All-Star Games