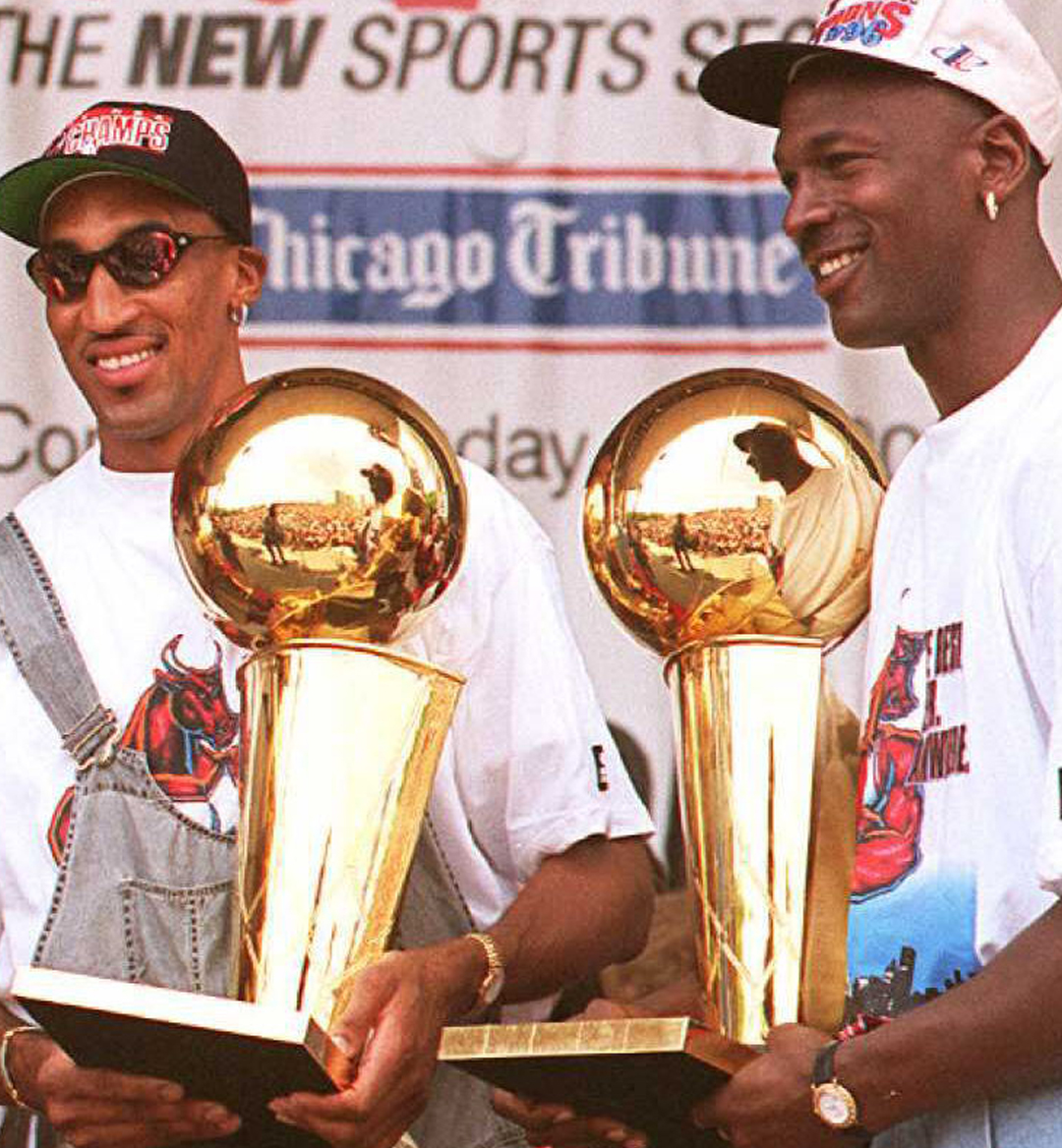 The NBA has a long list of dominant NBA teams that have existed throughout its history. The Michael Jordan and Scottie Pippen-led Chicago Bulls six-championship dynasty stands out, while the Golden State Warriors made their mark this past decade with three championships in four years. Regardless of the era, one thing separates all these teams from the rest, and that’s the special individuals. We’re talking great talent like Stephen Curry, LeBron James, Magic Johnson, and the aforementioned Jordan leading their teams to some great regular seasons. Here’s a look at the best regular-season records in NBA history.

This date in 1972, the @Lakers won their 6th championship and 1st title since moving to Los Angeles from Minneapolis pic.twitter.com/Fheo2j2Jxw

The Los Angeles Lakers never looked back after hiring head coach Bill Sharman in 1971. Led by Wilt Chamberlain and Jerry West, the Lakers set an NBA record with a 33-game winning streak. No team has come closer than five games to that winning streak. The Lakers continued their success, going 30-10 to set a record at the time with 69 victories.

That Lakers team only lost three games in the playoffs as they went on to win their first championship since moving to Los Angeles in 1960. The Lakers conquered their demons, taking the 1972 NBA Finals against the New York Knicks in five games. New York had defeated Los Angeles in the 1970 Finals previously.

📅 On this day in 1973, the Celtics' John Havlicek torched the Hawks for 54 points in Game 1 of the Eastern Conference Semifinals.

Led by John Havlicek, Dave Cowens and Jo Jo White, the Boston Celtics found their footing in the post-Bill Russell era. They won 14 of their first 15 games during the 1972-73 season and came just one game within the original 69-13 Lakers record from the previous season. After defeating the Atlanta Hawks 4-2 in the Eastern Conference Semis, the Celtics lost to the eventual champion New York Knicks in seven games during the Eastern Conference Finals.

Though they ran into a young Michael Jordan in the first round, Boston swept the Bulls in three games. They only lost three total playoff games, bagging the 1986 NBA Championship in six games against the Houston Rockets.

On this day in 2007, Dirk Nowitzki was named the @NBA MVP, becoming the 1st European-born player & 1st Maverick to win the award.

Dirk Nowitzki had reached the peak of his game by 2006. Coming off a disappointing 2006 NBA Finals loss to the Miami Heat, the All-Star took the Mavericks to new heights. The Mavericks dropped their first four games of the season, but went 51-5 over their next 56 games. Settling on an NBA-best 67-15 record, Nowitzki led the way, picking up his first and only regular season MVP.

The Mavericks’ regular-season success would be short-lived. Dallas became the first number one seed to lose to an eight seed in the seven-game series format when they lost to the “We Believe” Golden State Warriors in six games.

Seven years ago today, Ray Allen hit ‘The Shot’. 🔥 Where were you when he hit the dagger? 💭#NBA #NBATwitter #HEATTwitter pic.twitter.com/okPldtrMag

It seemed to take forever for the LeBron James, Dwyane Wade and Chris Bosh era of the Miami Heat to have a truly elite regular season. By 2012, the team had solidified its identity, adding role players like Ray Allen and Shane Battier making them unstoppable on offense. Miami pulled off a 27-game winning streak over a nearly two months-long stretch. The Heat ended up with the best record in the NBA.

The Heat faced some tough competition in the postseason from the likes of the Indiana Pacers and San Antonio Spurs, but prevailed. The Spurs had the Heat on the ropes, but Allen knocked down “The Shot,” reviving the Heat as they came back from a 3-2 Finals deficit to beat the Spurs in seven games and earn their second consecutive title.

On this night 27 years ago @MagicJohnson hit his famous “junior-junior” skyhook to beat BOS. in Game 4 of the Finals. pic.twitter.com/B8zFO8wedq

Built around three stars in Magic Johnson Kareem Abdul-Jabbar and James Worthy, the Los Angeles Lakers were coming off a disappointing five-game Western Conference Finals loss to the Houston Rockets from the previous season. The Lakers response was simple as they wrecked the whole league. The top team in the NBA, Los Angeles went 15-3 in the playoffs, defeating the Boston Celtics in the 1987 NBA Finals to walk away with their second of three championships in a four-year span.