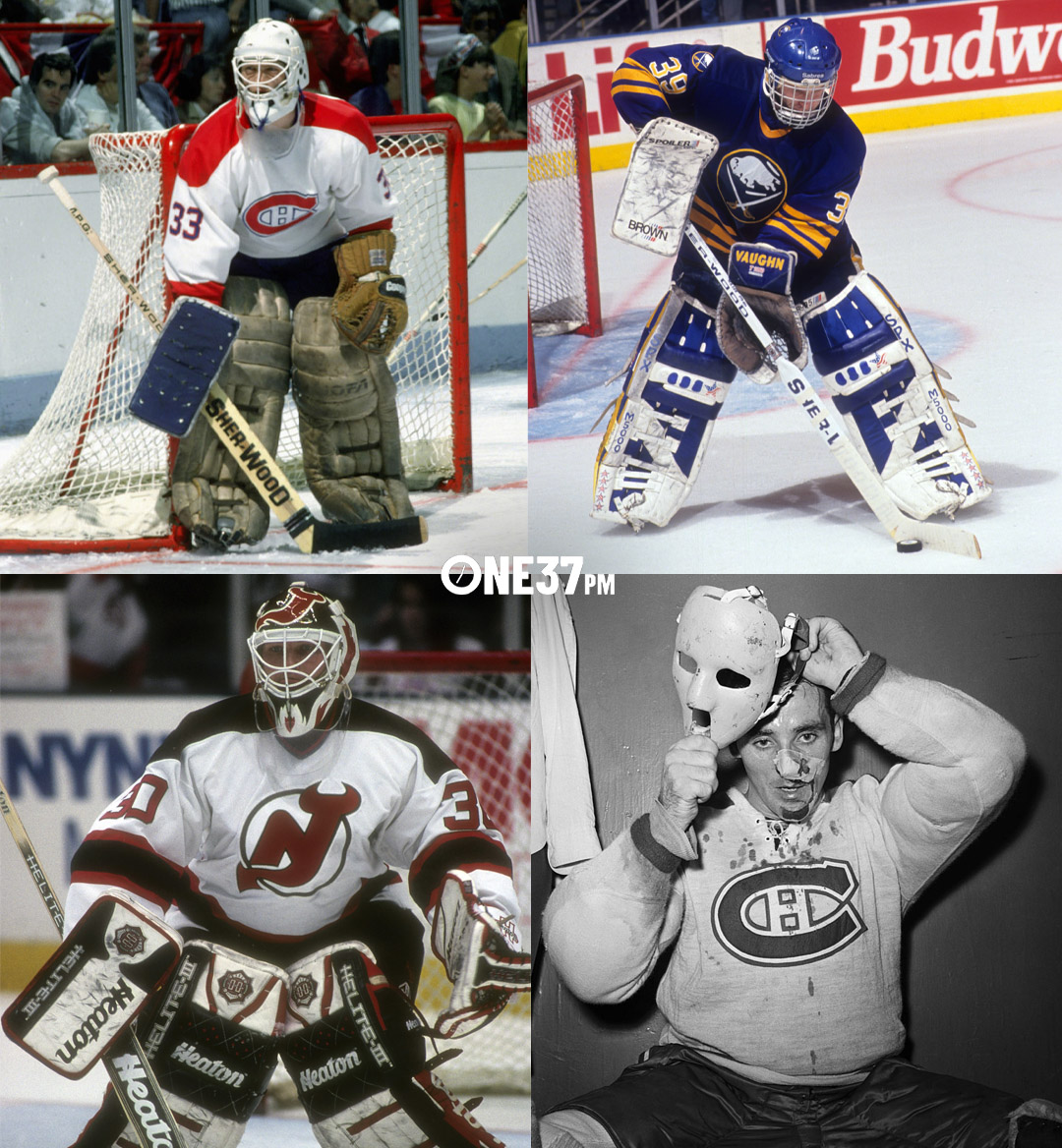 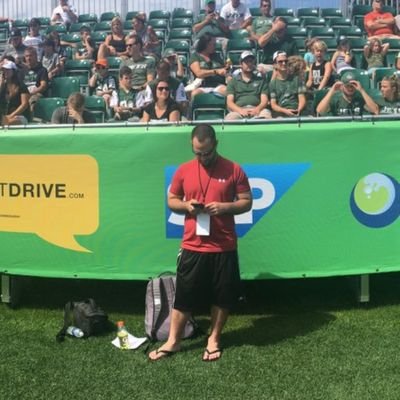 Distinguishing levels of greatness among all-time elite goaltenders in NHL history is no easy task. While longevity and Stanley Cup championships hold the most meaning to some, the ability of a net minder to stand on his head and carry an above average team holds greater impact for others. What about pure dominance at the position over a short period of time, era in which they played, or helping to revolutionize the sport of hockey altogether? Each of these factors hold significant weight.

Arguably one of the most difficult and important positions in all of sports, here is a look at ten netminders worthy of top 10 recognition. 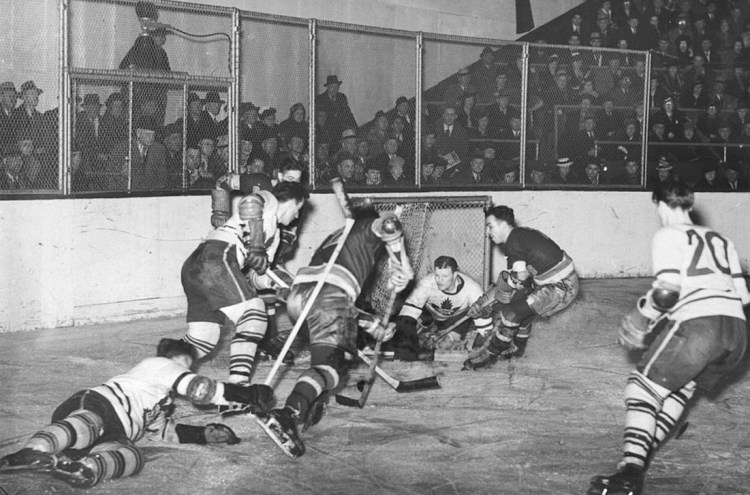 Canadian goaltender Turk Broda was only 5’9” and became an instant fan favorite with his play and persona. Broda’s success is unconventional in that he is not your typical work hard to overcome adversity story. Broda was often deemed overweight during parts of his 14-year career, creating friction with ownership that became known as the “Battle of the Bulge” in 1949. In spite of this, Broda still managed to become the first NHL goaltender to reach the 300 win mark, all during a time where the schedule often consisted of only 48 to 60 games.

Broda’s career GAA sits at 2.53, with a playoff average of 1.98. The first of his five Stanley Cups came in 1942 as Broda helped lead the Toronto Maple Leafs back from a 3-0 deficit to beat the Detroit Red Wings. Broda would leave the game of hockey for two and a half years to serve in World War II before returning back to the Maple Leafs. With Broda leading the way, Toronto would become the first NHL team to win three consecutive Stanley Cups (1947-1949) and another in 1951, in which all five Stanley Cup Final games went to overtime. 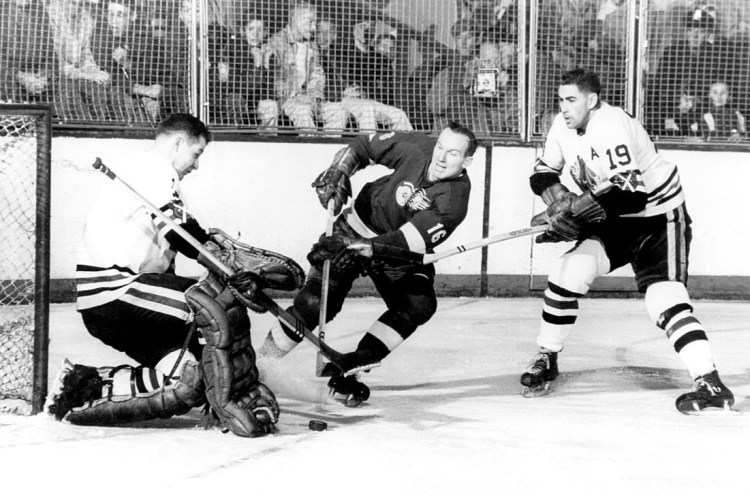 During an 18-year NHL career in Detroit, Chicago, and St. Louis, Glenn Hall earned his nickname “Mr. Goalie” as hockey’s Iron Man. Hall’s streak of 502 consecutive games played in net is one that is unlikely to ever be touched. Winner of three Vezina Trophies, Hall finished his career with 407 wins (11th all-time). His name is engraved on two Stanley Cup championship teams, one as a backup with the Detroit Red Wings, and eventually as a starter in 1961 with the Chicago Black Hawks.

Hall finished his career with a 2.50 GAA, 84 shutouts (4th all-time), and most first-team All-Star selections for a goaltender (7) all during an era with other greats such as Terry Sawchuk, Johnny Bower, and Jacques Plante. 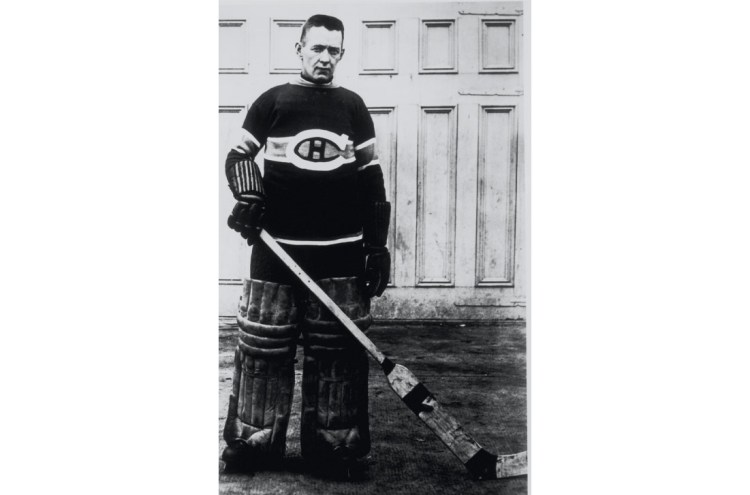 It is impossible to include a list of top goaltenders without acknowledging the individual the current goaltending trophy is named after. Georges Vezina led the Montreal Canadiens to five Stanley Cup Finals appearances, winning two, but his place in hockey history goes much further beyond that.

Playing in 328 consecutive games for the Habs between the NHA and founding of the NHL, a number only topped by Hall, Vezina was arguably the face of the NHL during its inception. Vezina recorded the first shutout in NHL history at a time when goaltenders were faced with numerous disadvantages, including penalties for leaving their feet or passing the puck forward. In 1925, Vezina lost over 30 pounds during a six week period of training camp. Tragically, Vezina would lose his battle with Tuberculosis just four months after collapsing on the ice during the Canadians first game of the season. 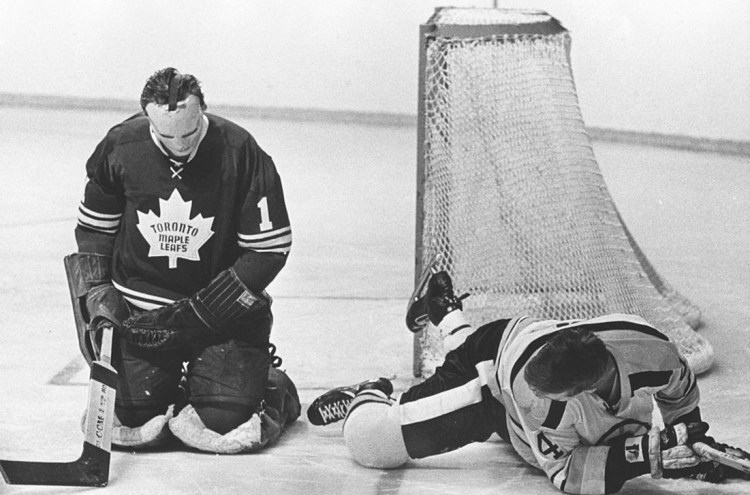 One of the more iconic players in Toronto Maple Leafs history, Bower embodied hard work and persistence to eventually reach his goal of becoming a starting goalie, making his debut at age 29 with the Rangers. Adversity didn’t stop there, as Bower spent another four seasons in the minors before getting an opportunity with the Maple Leafs in 1958.

In addition to manning the net for four Stanley Cup championships during his twelve-year run in Toronto, Bower would also take home two Vezina trophies. Many who watched Bower at his peak in Toronto still believe he was the best goaltender to ever wear a Maple Leafs uniform. He finished his career with a 2.50 GAA and a .922 save percentage. 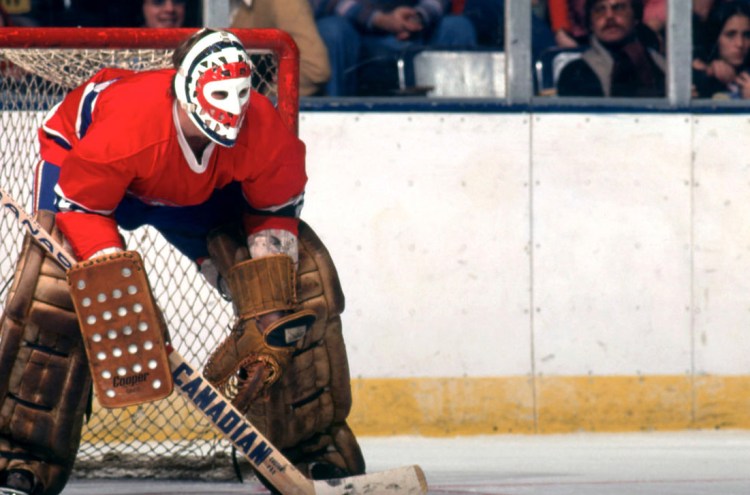 Dryden is a great example of dominance over a short career, with plenty of “what ifs” had he chosen to play longer. During his eight-year career in Montreal through the 1970s, Dryden won 258 games including six Stanley Cups. Dryden briefly retired for the 1973-74 season due to a contract dispute. The Canadians were eliminated in the first round that year, and Dryden returned the following season, leading the Canadians to four straight Cup victories.

Dryden would finish his career with a .922 save percentage, 2.24 GAA, and five Vezina Trophies. His 46 shutouts to 57 career losses is an unheard of ratio. Dryden retired after the 1978-79 season to pursue other interests at the age of 31. Had he continued to play into his late 30s like many other greats, there is every reason to think he would enter the discussion among the greatest of all-time. 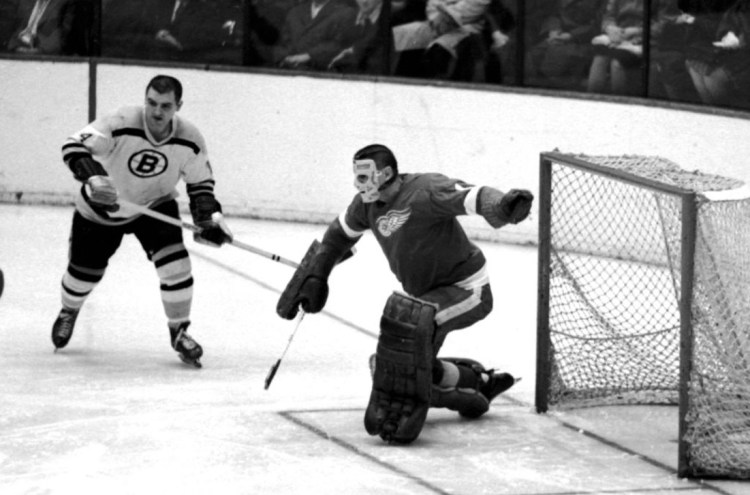 Longtime Detroit Red Wings great Terry Sawchuk held the record for shutouts until broken by Martin Brodeur in 2009. Sawchuk took home the Calder Trophy in 1950-51 as top rookie, before winning the Vezina Cup and Stanley Cup three times each over the next four seasons. During his three years in Toronto a decade later, Sawchuk would win another Stanley Cup and Vezina Trophy.

Sawchuk was a rare breed of skill combined with ridiculous toughness. He once checked himself out of the hospital to play in a Stanley Cup Playoff game (a 3-0 shutout win over the Black Hawks) and then checked himself back into the hospital. Sadly, Sawchuk passed away at the age of 40 just a month after being injured during a scuffle with a Rangers teammate. He was inducted into the Hall of Fame the following year in 1971, finishing his career with 445 wins (8th all-time). 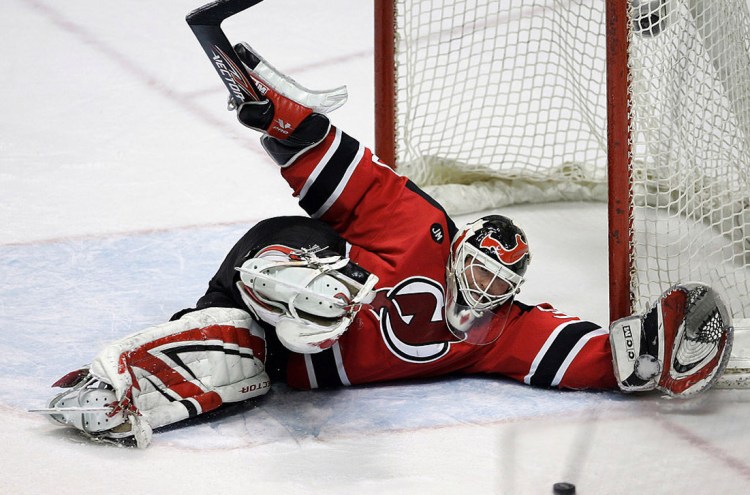 Brodeur retired in the middle of the 2014-15 season as the all-time NHL leader in wins (691) and shutouts (125). In addition to finishing his career tied with Patrick Roy for third all-time in assists (45) trailing only Grant Fuhr (47) and Tom Barrasso (48), Brodeur is also one of two goalies (Ron Hextall) to score two goals at the position in NHL history. 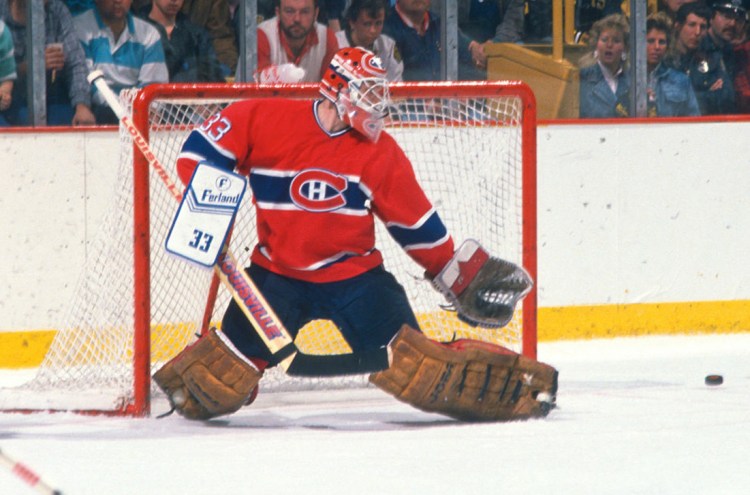 Patrick Roy is a four-time Stanley Cup champion, winning two each with the Montreal Canadiens and Colorado Avalanche. Roy is one of two goalies in NHL history (Roberto Luongo) to win over 200 games with two franchises. While perfecting the butterfly technique, Roy’s dominance reached greater heights during postseason play, holding the all-time lead in career playoff games won (151) and played (247).

Roy is the only player in NHL history to win the Conn Smythe trophy three times. 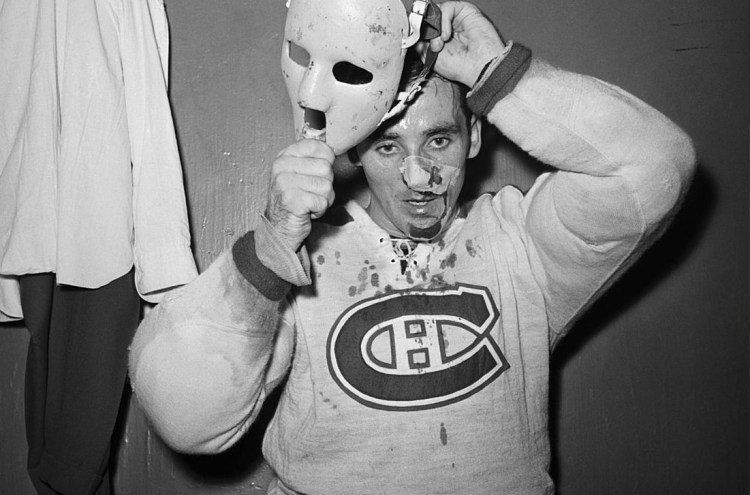 Jacques Plante was everything an organization could want in a goaltender. Plante played in the NHL until age 44 during his 18-year career, displaying durability and greatness, while helping to revolutionize the position into what it is today.

The thought of NHL goaltenders playing without facial protection still seems unfathomable. Plante took a stand on the issue after receiving an Andy Bathgate shot to the face that broke his nose in 1959. After receiving stitches and against the advice of his coach for fear of losing sight of the puck, Plante refused to return to the game without the mask he typically wore in practice.

In addition to helping make the mask a regular piece of equipment going forward, Plante is a six-time Stanley Cup champion and seven-time Vezina Trophy winner. He finished his career with 437 wins (9th all-time) with a 2.38 GAA and .920 save percentage. Plante is also one of seven goaltenders to ever win the Hart Memorial Trophy as league MVP. 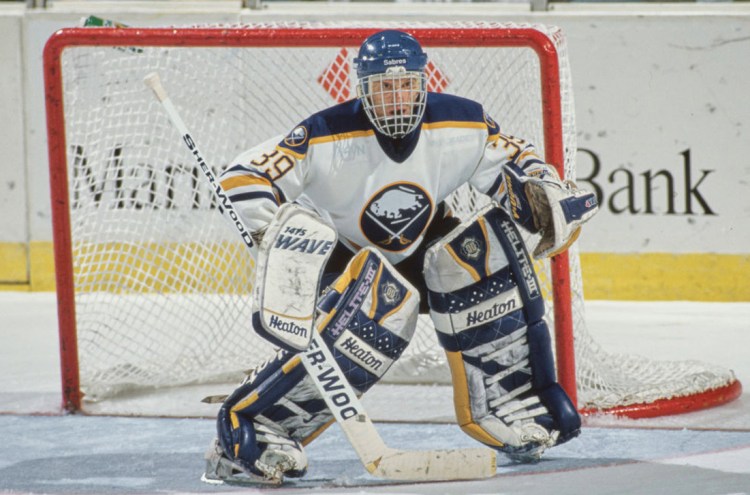 The Czech born Dominik Hasek earned his nickname as “The Dominator” with arguably the most elite stretch of goaltender play in NHL history during his tenure with the Buffalo Sabres. Hasek took home five Vezina trophies over a six-year stretch and is the only goalie in NHL history to win the Hart Trophy twice. Hasek had an improvisational style in the crease and flair for highlight reel saves, carrying a mediocre team on his back for some of the most dominant years of his career. Although the Sabres eventually lost in the finals, the 1999 Stanley Cup run in Buffalo is one of the more memorable playoff performances from a goalie. Never before was a netminder must see television quite like Hasek during those two months.

Eventually Hasek would bring home the Stanley Cup with the Red Wings, once in 2002 as a starter, and again during his final season in 2008 playing part time behind Chris Osgood. We will never know how Hasek may have benefited from playing on a great team during the prime of his career like most names on this list. Hasek also had a late start to his NHL career, only playing 15 seasons beginning at age 26. Hasek led the Czech national ice hockey team to its first and only gold medal during the 1998 Winter Olympics and retired as the all-time leader in save percentage (.9223). There are goalies that did it longer, compiled greater numbers, and took home more hardware, but none made it look better than “The Dominator”.