Who Is The Best WR in the NFL? These 17 Players Are The Best In The Business 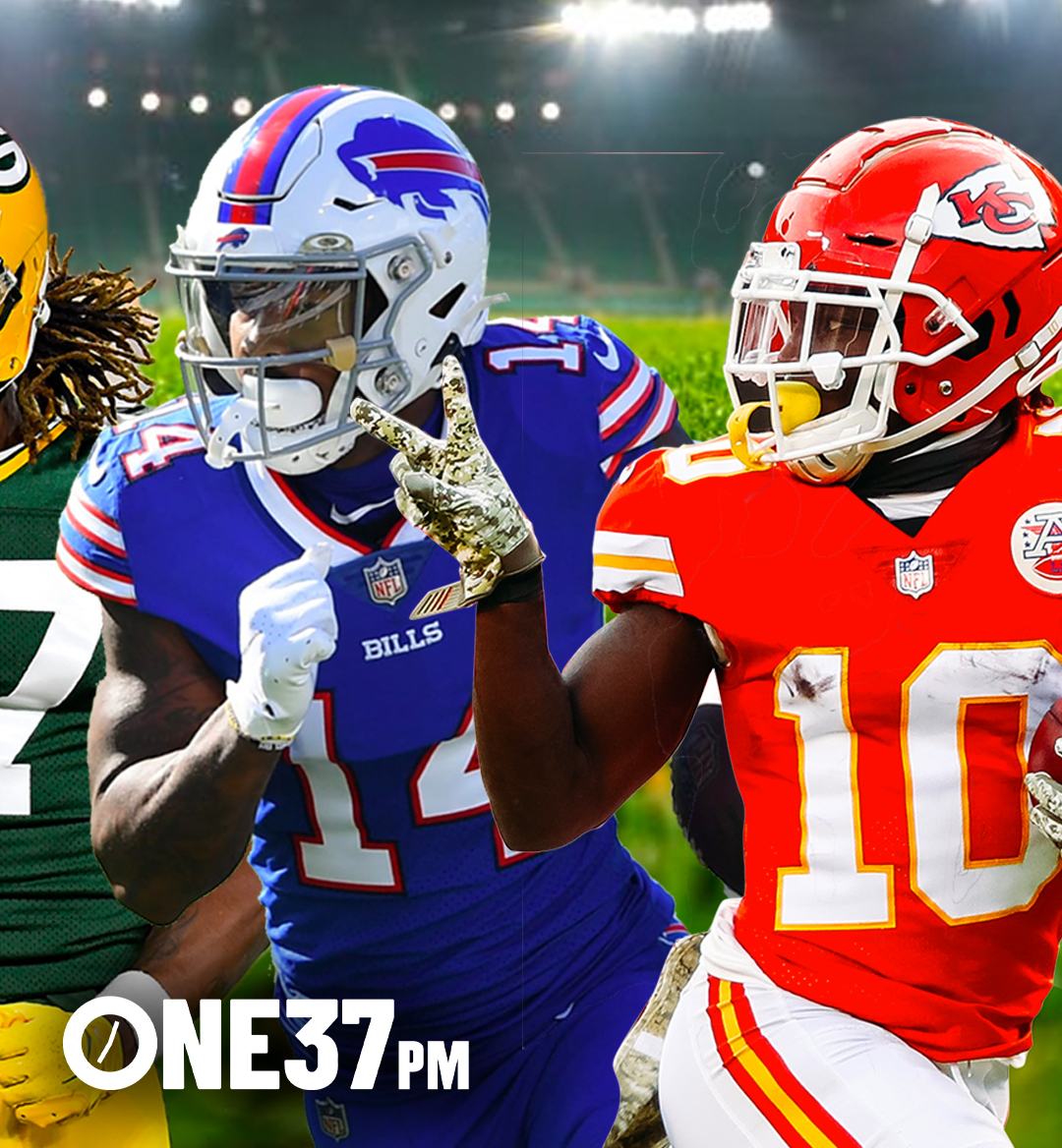 In today’s NFL, focus more on the offense with high power units such as the Kansas City Chiefs. Along with Patrick Mahomes, the Chiefs offense features one of the most dynamic wide receivers in the NFL today, Tyreek Hill.

However, Hill is just one of the prolific playmaking wide receivers in the league. So, putting together a list of just the top wide receivers is not as easy of a task as one might think.

We did our best to create just such a list, so here our rankings of the 17 best wide receivers in the NFL.

Davante Adams was both the league's highest-ranking and most valuable receiver, and it's not particularly close. Adams has averaged 3.59 yards per route against press coverage this season, the second-best recorded since the league started tracking press data back in 2012.

Against single overall coverage, Adams generated a target open to the league's fifth-highest rating during the 2020 season as a Green Bay Packers member.

Jefferson was a first-round pick, but few expected him to become one of the top receivers after just his first season in the league.

The most impressive aspect of his first year with the NFL was his performance on single coverage, a concern for him by NFL scouts after he left Louisiana  State University. But Jefferson has generated more yards per target (13.2) than any other wide in the league against single coverage this season.

Fifty players were picked in front of Brown in the 2019 NFL Draft.

The whole football world made a mistake when they passed on the receiver out of Ole Miss because of A. J. Brown was amongst the top 10 wide receivers in the NFL the past two seasons for the Tennessee Titans. This season, he demonstrated his ability again, averaging 6.2 yards after the catch by receptions and breaking 17 tackles out of 70 catches.

A total of 45.7% of these 70 catches occurred over at least five yards after the catch (the third-highest rate amongst pass catchers over the last two seasons).

Stefon Diggs had a decent five seasons with the Minnesota Vikings, but he never came close to having a season like he just had with the Buffalo Bills.

According to PFF, Diggs earned grades between 78.3 and 82.6 in each of his five years as a Viking and jumped to 90.1 in his first season as a Bill.

Diggs saw a single cover at one of the NFL's highest rates this season but still generated separation at the league's fourth-highest rate on these plays. This is why Diggs had eight more catches against a single cover than any other wide receiver (58).

Hill was once again one of the league's major deep threats, teaming up with Patrick Mahomes for six deep-reception touchdowns where he had at least one step of separation on his defender.

No player in the league can match Hill's ability to put himself behind the defense with ease.

DeAndre Hopkins's ball skills were in full swing in his first season as a Cardinal, and he was the ultimate possession receiver, as expected. He also caught 13 of his 26 challenging targets and was responsible for more initial tries and touchdowns than anyone else in the league.

This year, former NFL defensive back Robert Nelson Jr. shared that he thinks Hopkins is the best deep threat in the league.

“You have the best threat in the NFL; what else can you ask for? No cornerback in the west can guard him. Come on, man, like 6’3 or 6’4 with hands down to your calves, his visual IQ is crazy, and he is strong,” said Nelson.

“He is going to score touchdowns. It is a no brainer, and I am not saying they will go to the Super Bowl, but I think they will do better than the last couple of years.”

No receiver has converted a higher rate of his targets into an explosive gain of 15 yards or more this season than Jones at 35.4%, which is the league's highest level by more than six percentage points.

Like Julio Jones, Thomas was limited this season due to injuries and saw only 54 targets in seven games. He did not separate at a high rate, and he didn't do much after capture, but he was a monster at the point of capture on contested targets, as usual. Thomas was the fifth-highest ranked receiver on contested targets this year, and he now ranks first among contested catches (66) and contested catches (62%) in the past four years.

DKMetcalf and Russell Wilson, as well as the whole Seattle offensive attack, may have cooled off, but he nevertheless managed to lead the league in deep reception yards in the regular season with 480.

Dropped balls were once again a problem for Metcalf this season, and he now has 20 throughout his first two years in the NFL; however, the countless victories in downfield and on the ball contested (he finished in the top-10 scoring on such targets) sees him fall into the top 20.

DK Metcalf finished his sophomore season with 83 receptions, 1303 yards, and ten touchdowns. As impressive as those numbers are, some might say the most significant highlight from last season was when he tracked down Budda Baker after a Russell Wilson interception and looked like Baker was going to score.

At 6 feet 5 inches,  Evans ranked fourth on deep targets (30) and eighth in yards per route (2.67). Evans had one of the best quarterbacks ever to play Tom Brady’s position, and this season with Brady at the helm, Evans finished with 70 receptions, 1006 yards, and 13 touchdowns.

Keenan Allen produced the eighth-lowest average target depth among receivers (7.3). He was an excellent receiver for the Los Angeles Chargers this season. No route runner turned more passes thrown in their direction into a first down (28); he also ranked fourth in contested catches (18) and was eighth in drop rate (1.9%).

Godwin was one of the most dependable targets in the slot, where he ran 67% of his routes, generating the highest take rate (85.7%). The second-highest passing rate when the target catch rate (138.3) and the highest contested catch rate (nine out of 11).

Corey Davis had an inconsistent 2020 campaign with several dominant performances and several so-so ones, but it was definitely still the best season of his career. Davis saw a fair amount of play-action passes thanks to offensive coordinator Arthur Smith, so it's not surprising that he tied for second with 15-plus-yard receptions stemming from play-action pass attempts this year (18).

Davis finished the season with 65 receptions, 984 yards, and five touchdowns for the Titans.

Cole Beasley was an excellent addition to Stefon Diggs this year for the Bills, as he exploited the holes in the slot area coverage all year round. No wide receiver caught more targets by finding spots in the area this season than Beasley (35), a significant reason for generating the highest rate of open targets in the NFL. Last season for the Buffalo Bills, Cole Beasley had 82 receptions, 967 yards, and four touchdowns.

Calvin Ridley led all NFL wide receivers in total explosive plays of 15-plus yards generated in 2020 (40). And as for the percentage of targets that resulted in one of those explosive receptions, Ridley was only second behind Julio Jones.

Seven of those 40 gains of over 15 yards occurred when the defensive back forced a tight coverage, which tied for second place in the NFL. Last season for the Atlanta Falcons, Calvin Ridley had 90 receptions, 1374 yards, nine touchdowns.

Adam Thielen did not separate at the same rate as in previous years, but he was still one of the league's best receivers. The Viking is known for his course and outings, and this year Thielen retained a place in the top five when he came to receive the ball against a single defender and a lot of press coverage. This past season for the Vikings, Thielen had 74 receptions, 925 yards, 14 touchdowns.

Robinson was responsible for more than half of the first downs and touchdowns produced by the Chicago Bears receiving unit this year. Robinson finished the 2000 season with 102 receptions,1250 yards, and six touchdowns for the Bears. This offseason, he is looking to cash in on his success with the Bears this season as he is looking for a big contract from Chicago or one of the 31 other teams in the league.