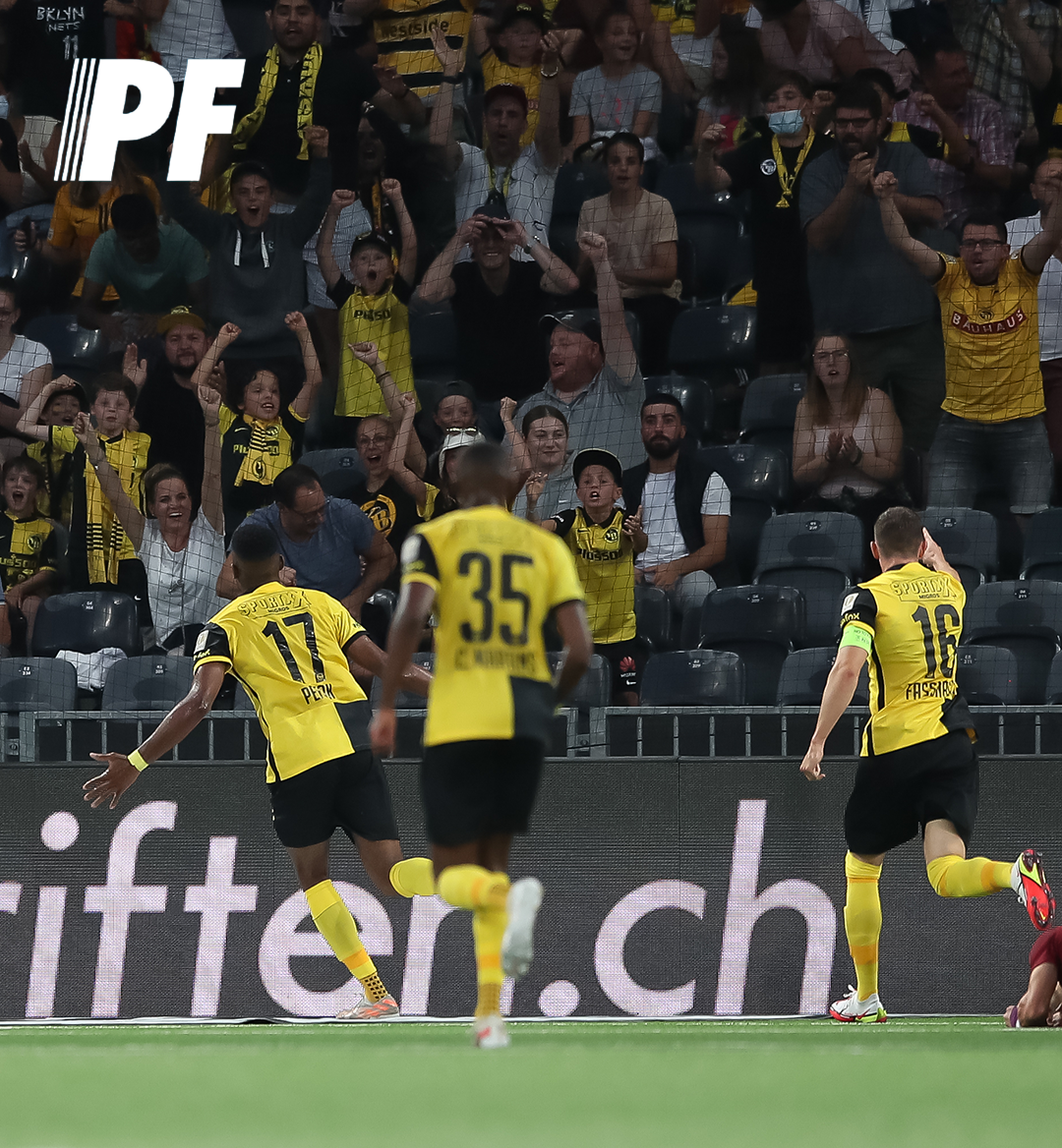 The 2021-22 UEFA Champions League kicked off this week with 32 clubs beginning their quest for European supremacy in the world's largest club competition.

10 clubs picked up a full three points on Matchday 1 with Manchester City, Bayern Munich, and Liverpool among the triumphant. New boys FC Sheriff shocked Ukrainian side Shakhtar Donetsk for its first-ever victory in the group stage while Juventus, Chelsea, and Ajax also picked up important opening victories.

Many clubs disappointed this week including Barcelona, Sporting Lisbon, RB Leipzig who were on the end of lopsided defeats in their respective matches. Manchester United suffered the biggest shock, losing 2-1 on the road at Swiss champions Young Boys, which saw U.S. men's national team forward Jordan Pefok score the winning goal in Bern over Ole Gunnar Solskjaer's men.

With the 16 first matches of the group stage completed, here's a closer look at the five winners of Matchday 1:

Young Boys wasn't picked to produce much in Group F paired with Manchester United, Atalanta, and Villarreal, but David Wagner's men showed they belong after a dramatic 2-1 last-gasp winner over the Red Devils on Tuesday.

Young Boys stuck with its plan and got rewarded for it, taking advantage of Aaron Wan-Bissaka's ejection in the first half. Nicolas Ngamaleu's equalizer paired with Pefok's winner propelled the Swiss hosts to top spot in the group and gave them much-needed confidence heading into three-consecutive domestic matches in Switzerland.

There's always going to be nerves when you're playing your first Champions League group stage match, but Moldovan side FC Sheriff showed anything but nerves.

In its group stage debut, the hosts downed Shakhtar Donetsk 2-0 on home soil, using goals from Adama Traore and Momo Yansane to pick up three points in a tough Group D.

Despite having only 25% of the match possession, FC Sheriff did not back down to Shakhtar, outshooting its visitors 4-to-3 in shots on goal and staying firm defensively to keep a clean sheet. Cristiano was the Man of the Match for Yuri Vernydub's side, registering a pair of assists and helping his defensive teammates keep Shakhtar from finding the back of the net.

Tougher matches will come for FC Sheriff against Inter Milan and Real Madrid, but a Matchday 1 was a good start.

While Pep Guardiola won't be happy with Manchester City's defending in a 6-3 romp over RB Leipzig, the manager will be pleased with his team's ability in the final third.

The Citizens were tested by Jesse Marsch's side, conceding a hat trick to Christopher Nkunku, but showing the fight to see five different players find the back of the net.

Jack Grealish netted his first UCL goal for the club while Gabriel Jesus came off the bench to score the final goal of the nine-goal thriller. Overall, it was a solid performance from the UCL hopefuls as they picked up a fourth-straight win across all competitions.

If Guardiola can continue to get strong performances offensively from all of his players, Man City might have a smoother time advancing deep in the competition.

The Italians almost threw away a chance at one point away in Spain, but did enough to earn a 2-2 draw at Villarreal.

Gian Piero Gasperini's side saw an early lead slip away late in the second-half, but a Robin Gosens' 83rd minute equalizer helped the Serie A side leave Spain with one point.

It wasn't a pretty performance by the visitors, but it was decent enough to avoid an opening-day defeat in the competition and now gives them confidence for back-to-back league matches in which they will be favored.

A trip to Inter Milan on September 25 will be a stern test for Atalanta before returning to UCL play at home against Young Boys on September 29.

The Reds were pushed to the brink at Anfield by visiting AC Milan, but used a winning goal from captain Jordan Henderson to pick up a 3-2 win.

Jurgen Klopp's side went into halftime down 2-1 thanks to quick goals from Ante Rebic and Brahim Diaz, but Mohamed Salah and Henderson scored 20 minutes apart to flip the match in the Reds favor.

Despite seeing Salah miss a first-half penalty kick, Klopp will be pleased at the fight back from his players, especially with the squad rotating on short rest.

Now with four wins out of its opening five matches across all competitions, Liverpool will turn its attention to winnable league matches against Crystal Palace and Brentford before traveling to FC Porto on Matchday 2 on September 28.