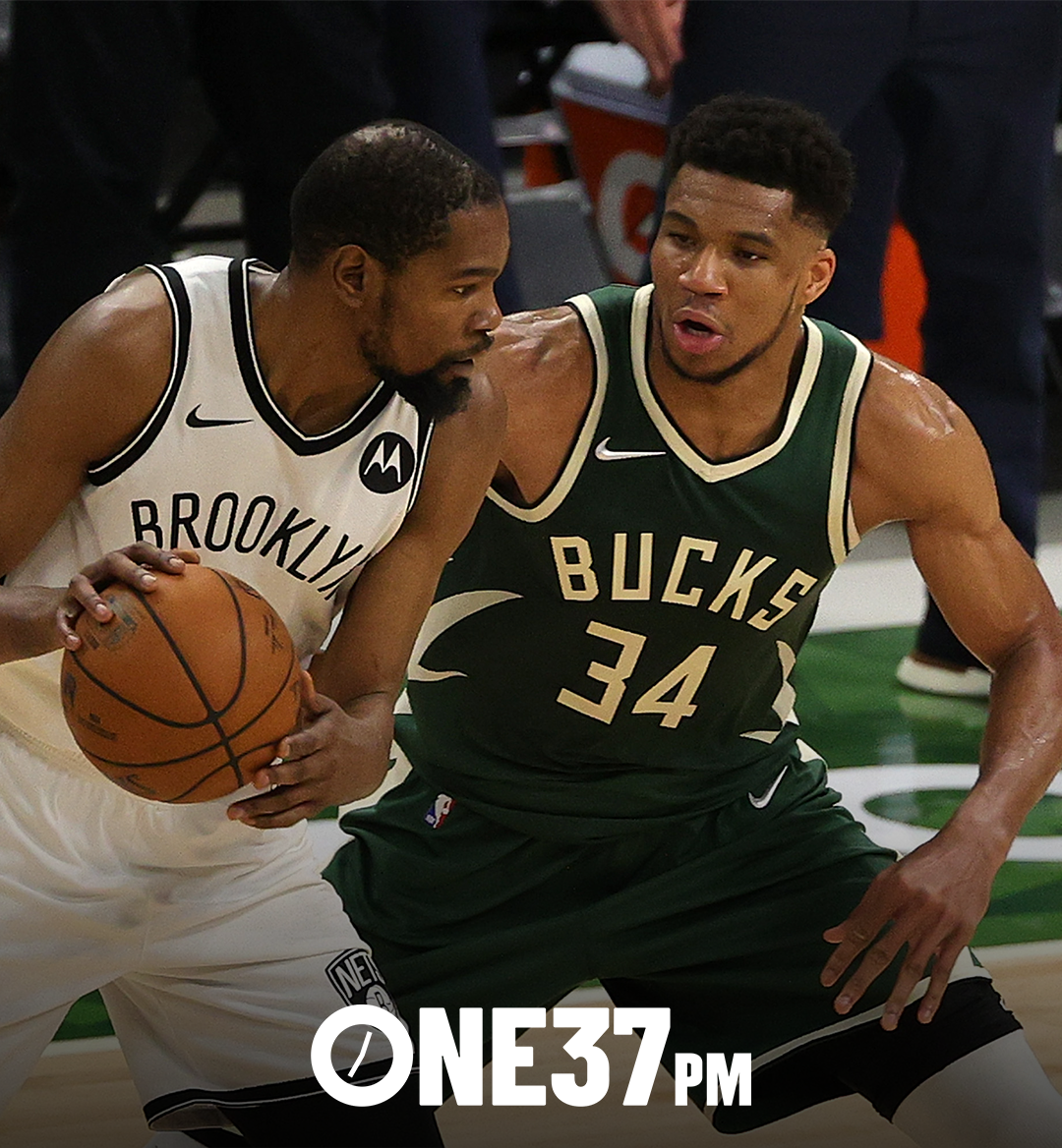 The early rounds of the NBA playoffs are ultimately a teaser. Despite whatever individual brilliance may burble up during the postseason’s opening act, these games are mere exposition, winnowing down the number of distracting subplots and setting the stage for two true contenders to square off in a climactic Finals matchup. This year, though, one could say that the NBA season reached its hardwood climax prematurely: on Saturday night, the two best teams will meet in the second round when the Brooklyn Nets and Milwaukee Bucks tip off against each other in the Eastern Conference Semifinals. Here are the six most pressing questions heading into the most anticipated second-round showdown in recent history.

Can the Bucks prevent the Nets from becoming their best selves?

At their best, the Nets are lean and mean. Sacrificing size and defense, they’ve achieved offensive nirvana by surrounding their all-history trio of Kevin Durant, James Harden and Kyrie Irving with elite shooting and heady playmaking. Over the course of five first-round games against the Celtics, the Nets averaged a truly mind-bending 131.4 points per 100 possessions and only played a “traditional” center for about 13 minutes per game. When the Nets downsize, they’re nearly unbeatable—not a single team in the NBA has the defensive personnel to contain the Nets’ offense nor the offensive artillery to keep pace with it. Conversely, when the Nets played the defense-minded seven foot Nic Claxton during the first round (an admittedly tiny sample to look at), their offense cratered, declining by about 18 points per 100 possessions. The only way to stop the Nets’ best lineups is to stop the Nets from deploying them in the first place.

Luckily for Milwaukee, Giannis Antetokounmpo is one of the most dominant interior scorers in recent memory. During his two last games against the Nets, Antetokounmpo feasted in the paint and made 15 of 18 shots within five feet of the hoop. The Bucks won both games. Beyond Antetokounmpo, the Bucks as an entity shot 67 percent at the rim during the regular season, the third best mark in the NBA, per Cleaning the Glass. Accordingly, the Bucks’ chances in the series hinge upon whether they can generate enough rim pressure such that the Nets become uneasy with Blake Griffin or Kevin Durant anchoring their backline. For Milwaukee, offense may very well be the best defense.

Which role players are important?

When it comes to name recognition in this series, there are levels to this shit. The top is the guys you know—Antetokounmpo, Durant, Harden, and Irving. Slightly below them are Jrue Holiday and Khris Middleton, two hipster favorites of NBA Twitter. There’s no easier way to prove your Basketball Knowledge bona fides than to admiringly say that Jrue Holiday is sooooo underrated. But below rotation mainstays like Brook Lopez or Joe Harris sits a sneakily important glut of relatively unknown guys who could decide the series. Pat Connaughton, Bryn Forbes, PJ Tucker, Nic Claxton, Bruce Brown: true heads know this is where the intrigue lies.

Do the Bucks have enough depth?

To beat Brooklyn, the Bucks must create lineups around their nuclear trio of Antetokounmpo, Jrue Holiday and Khris Middleton in which all of their players can find ways to score and defend (I know, this is really high-level stuff). Although Brook Lopez and Bobby Portis were integral parts of the Bucks’ success this year, it’s not realistic to expect clodhopping giants to scamper around the perimeter in pursuit of elite shooters. In acknowledgement of this reality, the Bucks acquired PJ Tucker at the trade deadline, banking on the fact that he could snap out of his season-long funk and rediscover the cinderblock sturdiness that made him such an effective small-ball center in Houston.

If PJ Tucker’s role in the rotation has grown because of a teammate’s leaden-footedness, Bryn Forbes and Pat Connaughton have been thrust into increased roles by another’s broken-footedness. In Donte Divincenzo’s absence, Forbes and Connaughton have filled that void capably, each offering one half of what the Bucks look for in their wings. Forbes is a deadeye movement shooter (see: game two of the Bucks’ sweep of the Miami Heat) but a twerpy defender; Connaughton is a try-hard athletic marvel with a limited offensive game. Individually, Tucker, Forbes and Connaughton are flawed in obvious and important ways. Collectively, they can be situationally voltroned to buoy their more talented teammates.

What’s the deal with Brooklyn’s bench?

In contrast to the Bucks’ fairly conventional bench mob, which is composed of fairly conventional parts, Brooklyn’s Bruce Brown and Nic Claxton are the patron saints of people who listen to more than four NBA podcasts each week. On the wing, Brown has quietly become the oddest player in basketball, simultaneously functioning as a shooting guard on defense and a center on offense. In this sense, he’s the hoops equivalent of German soccer’s raumdeuter—he’s a space interpreter. With defenders devoting all of their mental bandwidth to tracking Brooklyn’s stars, Brown weaponizes his anonymity, slipping by unsuspecting defenders and into dangerous positions. At only 6’4, he’s the short roll’s shortest roller, setting screens and darting to spaces where he can catch the ball on the move and attack discombobulated defenses. But, like a dart frog’s skin, Brown is weird by necessity; to survive in the NBA, he had to develop into a uniquely multi-purpose talented glue guy, because it turns out there’s not a huge market for shooting guards who are bad at doing shooting guard things. And, once again like a dart frog’s skin, he can be massively harmful in the wrong context—lineups featuring Brown and another iffy shooter such as Blake Griffin or Claxton have been toothless so far in the postseason.

In just his second season, the seven-foot Claxton has become the antidote for when Brooklyn’s defense becomes intolerably squishy. The sole Net big man mobile enough to feel comfortable defending on the perimeter, Claxton is a scheme-agnostic defensive anchor, able to adapt to whatever style or system is required of him. Still, the same coltishness that enables Claxton to be such an active and impactful presence also makes him one of the NBA’s most foul-prone defenders. Similarly, his underdeveloped offensive skill set dramatically cramps both the Nets’ space and style in the ‘yoffs, transforming them from the most terrifying scoring machine ever assembled to an unremarkable above-average offense. The Nic Claxton Experience often resembles a training montage at the beginning of a superhero movie as the protagonist explores his newly acquired powers: damage will be done, even if it remains uncertain whom it will be done upon.

What are the long-term ramifications of this series?

If you’re inclined to hyperbole, you could say that this is not just an on-court matchup between two evenly matched super-teams—nay, this is a battle for basketball’s soul. To a certain extent, you would be right. Part of the reason that this series is so fascinating is because the Nets and the Bucks are natural foils for each other. The Nets have approached this year with the carelessness of the very rich; whereas most teams used the regular season to cultivate “team chemistry” and “install an offensive and defensive system,” the Nets scoffed at such tedia, wantonly resting their big three and daring the NBA to stop them. Before the playoffs, Irving, Durant and Harden all shared the court for just 202 minutes, roughly 5 percent of the team’s total minutes this year. Sure, the Nets did fine work to become an appealing landing spot, but the truest explanation for their excellence is that three of the most talented offensive players alive happened to be friends and thought it would be cool to live in New York City.

In contrast, the Milwaukee Bucks play in Milwaukee. Their rise has been a slow burn, with the team steadily improving over eight seasons. Since 2013, Antetokounmpo has grown from a smoothie-loving teenager fresh from the Greek minor leagues into a vibranium-chested powerhouse. That same year, Khris Middleton arrived in Milwaukee as an exile from a terrible Detroit Pistons team and has since blossomed into an All-Star. The team is an exercise in coherence—they’ve developed a core group of players and an identity and moved aggressively to maximize those strengths. If the Bucks beat the Nets, they’ll show that champions can grow organically outside of the glamor-market quadropoly of New York, Los Angeles, San Francisco and Miami. If they lose, it’s uncertain whether they—or any small market franchise—will ever be able to win.

The Nets. Don’t be ridiculous.