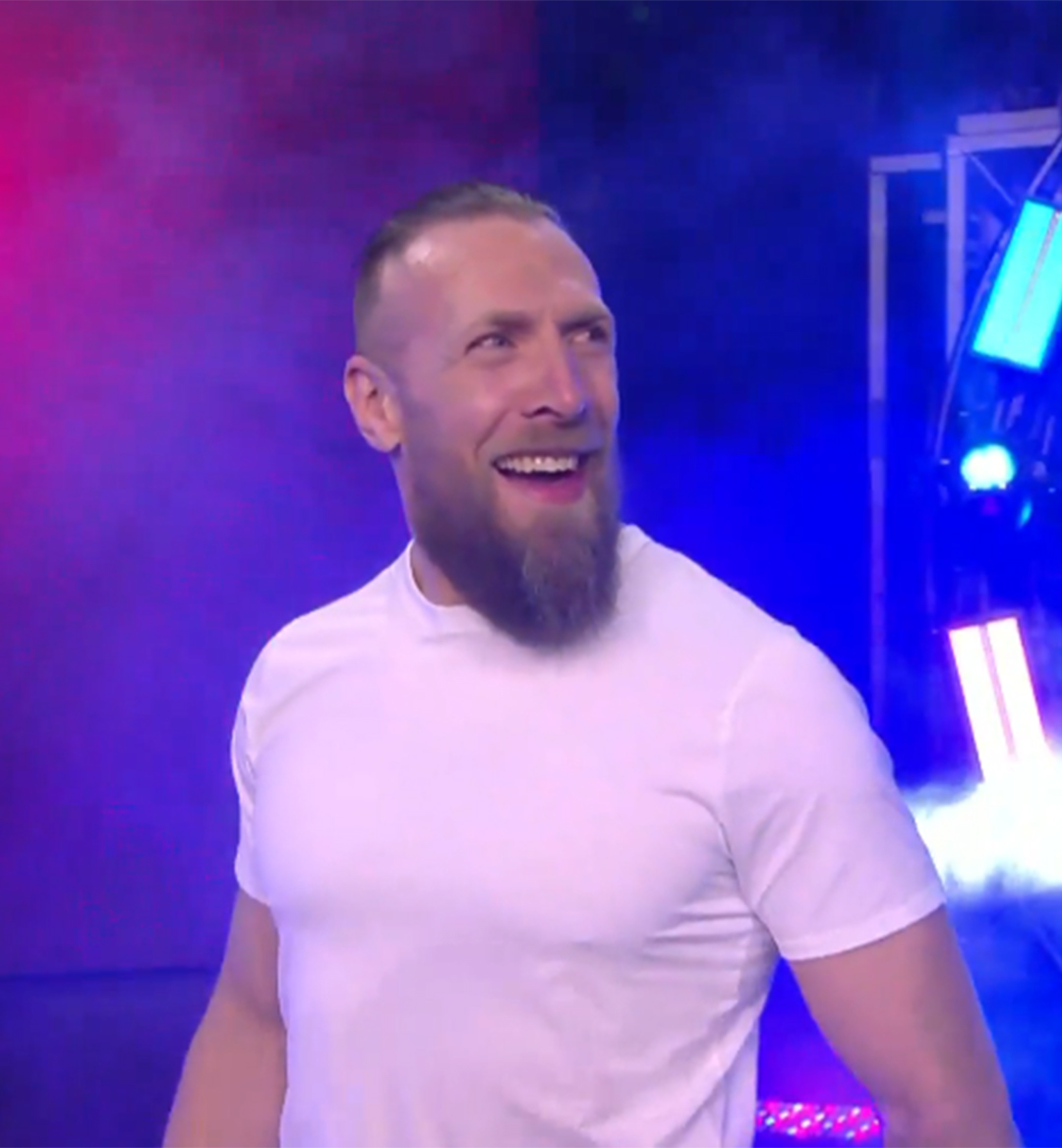 Ladies and gentlemen, the man formerly known as Daniel Bryan is #AllElite.

At All Out 2021, Bryan Danielson stepped into the NOW Arena in Chicago and sent the sold-out crowd in attendance into a frenzy. Everyone knew it was coming yet when it finally happened, everyone was audibly overjoyed at the surprising sight of Danielson’s AEW debut. After the show went off the air, Danielson spoke to the audience and made it clear that he’s a wrestler that’s simply here to wrestle. And with a roster full of talented rookies and quality veterans in two, I’m excited at the dream match possibilities in place for the “American Dragon.”

For this installment of AEW dream matches, I’m going to focus on first-time matchups that would be perfect for Danielson’s AEW tenure. 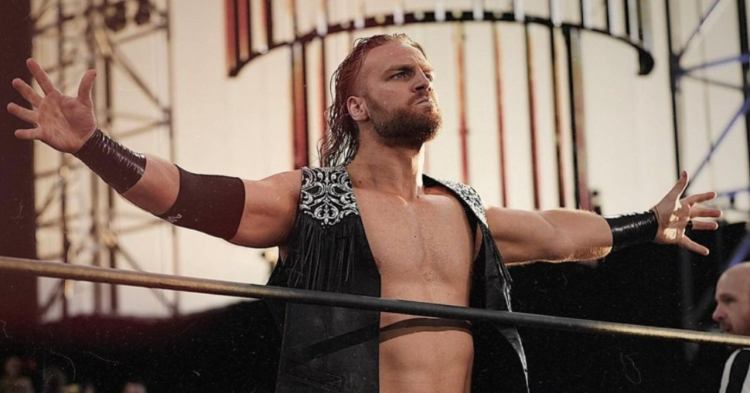 The “Millennial Cowboy” Adam Page has proven his worth inside and outside the ring. He’s already proven he can keep a crowd engaged via his bouts with The Young Bucks, Brain Cage, Kenny Omega, etc. Plus his beer-drinking escapades and warm personality have endeared him to AEW’s fervent fanbase. Now that Bryan Danielson is a part of the company’s massive roster, now’s the perfect time to test Page’s mettle against one of the best wrestlers on the scene today. Both their styles could mesh so well with each other - pitting Danielson’s technical expertise & tight submission against Page’s explosive energy & varied moveset gets me super excited for a potential PPV match between the two. A match such as this one could push Page further into greatness and showcase Danielson as the GOAT he’s always been. 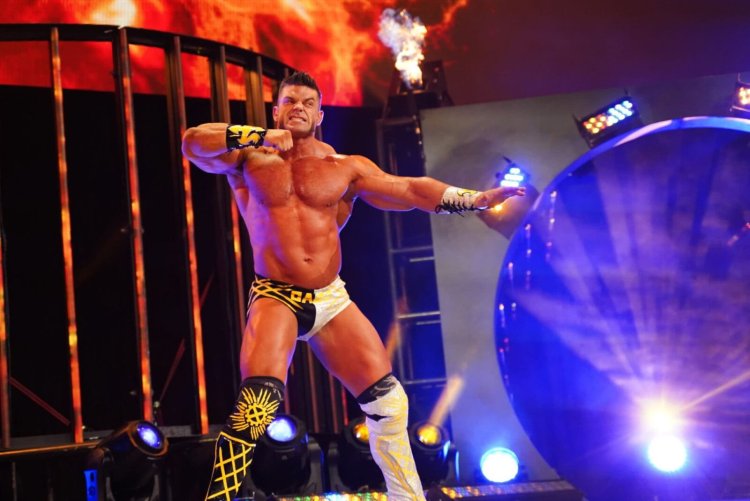 If there’s one thing I’ve taken note of throughout Danielson’s career, it’s the fact that he works extremely well with opponents of a larger stature. I can easily point to his epic clashes with the likes of Takeshi Morishima, Roman Reigns, and Brock Lesnar to provide proof of that statement. AEW has a few big men among its roster and one of the most impressive ones is the living, breathing wrestling machine known as Brian Cage. Cage can not only deliver the type of power-based offense a man of his size is known for, but he can also pull off some shockingly agile maneuvers. Cage has shown that he can work great with smaller foes such as Ricochet, John Silver, and Jonathan Gresham, so I know he can produce an in-ring classic with Danielson as well. Speed vs. Power. David vs. Goliath. Dragon vs. Machine. SIGN ME UP! 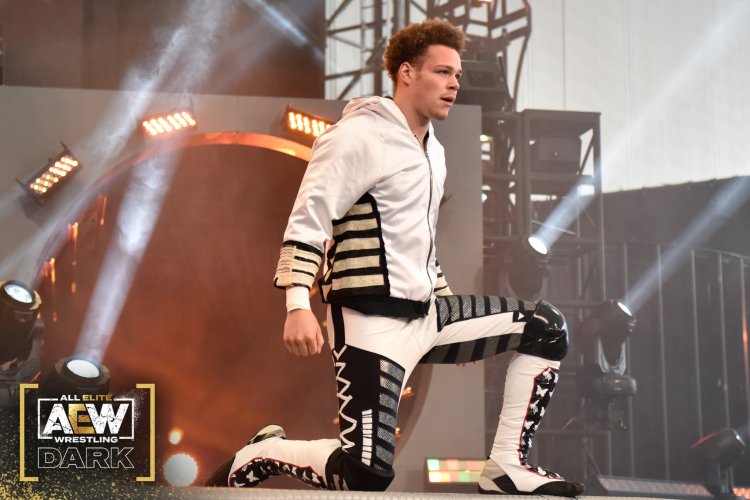 While it’s unfortunate that Top Flight’s Darius Martin has been injured for a good while now, it has given his tag team partner/brother Dante Martin the opportunity to show and prove in a singles role. And thus far, Dante has left fans’ jaws on the floor due to his mystifying high-flying performances. On the August 11th episode of Dynamite, Dante shined bright during a six-man tag team matchup and opened a whole lot of eyes in the process. Danielson has shown that he’s always willing to work with new blood and help them improve their in-ring game. The thought of Dante flying all over the ring while Danielson grounds him into the mat with sick submissions has me frothing at the mouth out of pure excitement! This dream match could raise Dante’s stock even higher than it already is.

The face-painted dynamo known as Darby Allin competed in a pretty good comeback match for the returning CM Punk at All Out. But before that important bout took place, Darby competed in a wealth of memorable bouts with Cody Rhodes, Ethan Page, and Daniel Garcia. The crowd has taken to the smaller-sized daredevil and is always willing to watch him clash with the very best of the AEW roster. Darby’s work with Punk was applause-worthy, so now it’s time for Darby to see if he can do the same with the “American Dragon.” The clash of styles here would make for an interesting watch and would surely fulfill the high expectations attached to it. The submission exchanges and counters between the two sound like they’d be worth the price of admission on their own! 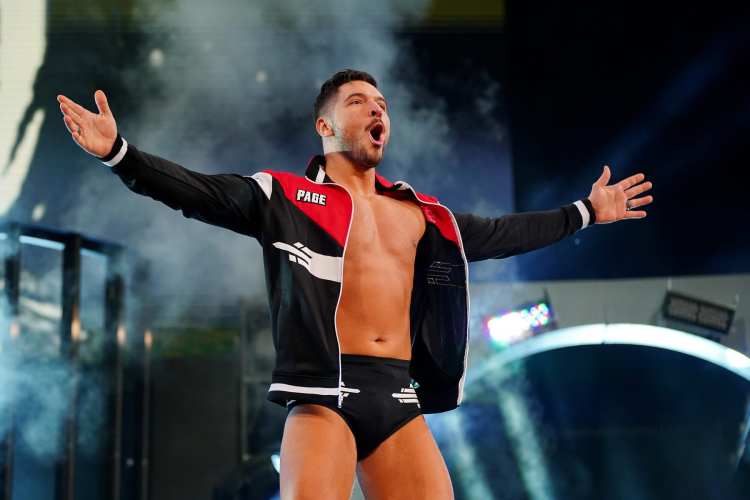 “All Ego” Ethan Page made his name on the indies as a quality in-ring technician that could just about work with anybody. His EVOLVE feud with Darby is the stuff of indie wrestling legend, his tag teamwork alongside Josh Alexander produced a PWG gem against The Young Bucks, and his X-Division work with Impact Wrestling is commendable. Page is only scratching the surface of his true potential in AEW at the moment. Tagging with Scorpio Sky is cool and all, but there’s real money in allowing Page to find his footing as a singles star. Danielson can practically get a good to great match out of anyone he faces - I’d love to see what would come out of a first-time meeting between him and Page with 10+ minutes attached to it. This bout would surely be a classic case of the wily veteran vs. the speedy (and surprisingly powerful!) youth. 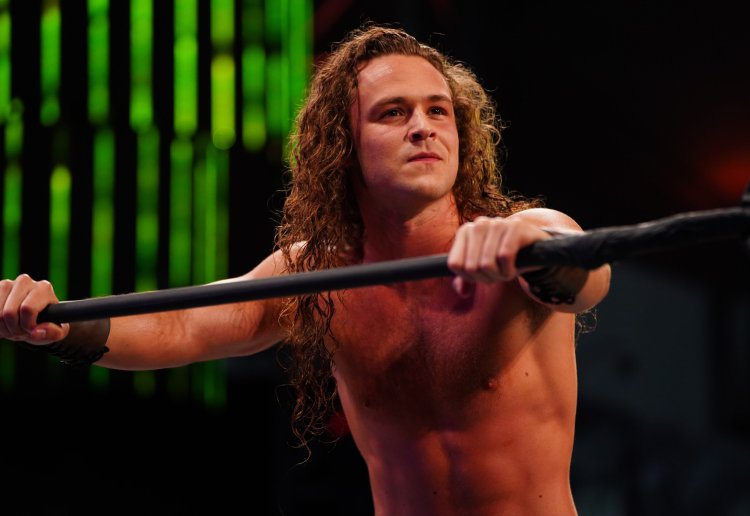 Jack Perry is clearly being prepped for huge things and will carry AEW on his back in the next couple of years. With the power of youth on his side, Jungly Boy has all the time in the world to become even greater than he already is. At the current stage of his career, he’s done fine work with Kenny Omega, MJF, and Dax Harwood. And on the independent circuit, he showed everyone he can go when he produced a banger of a match with Jake Atlas in PWG. A true test for Jungle Boy would be a match with one of the best in the world, Danielson. Jungle Boy’s never say die attitude will truly be put to the test when he comes up against Danielson’s stiff strikes and unique submissions. Does Jungle Boy have what it takes to escape the dreaded Cattle Mutilation? Danielson might have to pull out that old match finisher if he has any hope of forcing Jungle Boy to tap out. 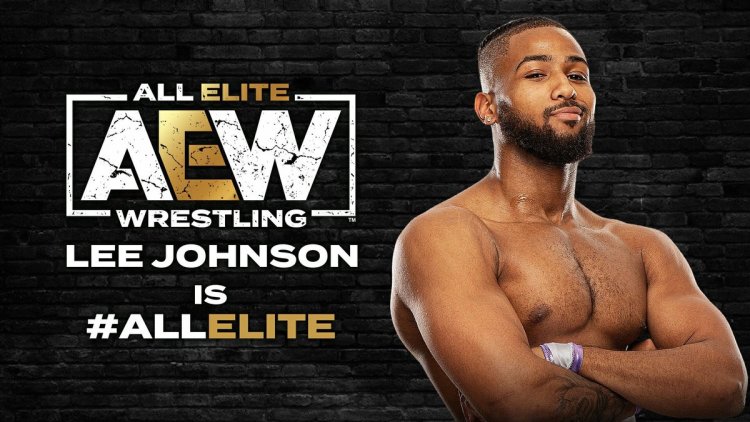 Lee Jonhson garnered a ton of attention during his AEW Dark match with Ben Carter. After such an inspiring performance, it became readily apparent that the young upstart could be something really special if given more time to iron out the kinks in his game. Since then, Johnson has steadily improved and been made to look good through his many AEW Dark efforts. Danielson came to AEW to wrestle the very best of the roster and lend his expertise to its younger members. I’m open to a match between Danielson and Johnson as it could allow the talented rookie to show even more of what he can do. Like Dante Martin before him, Johnson has another star-making performance in him and I think that moment has a high chance of happening against AEW’s latest major signee. 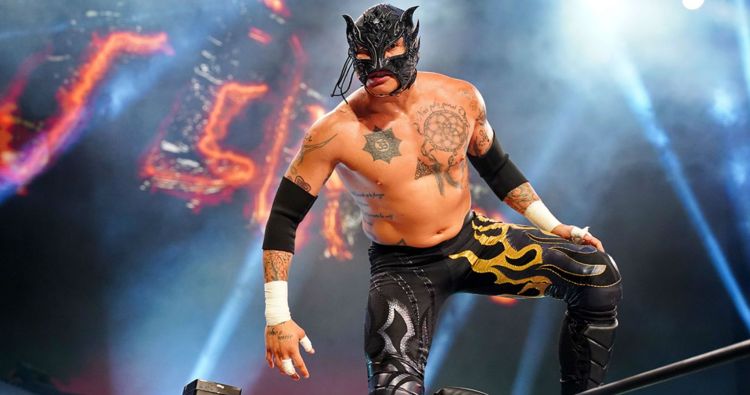 The most insane luchador AEW houses is one-half of the Lucha Bros, Rey Fenix. He’s made quite the splash in companies such as AAA, PWG, Impact, Lucha Underground (RIP), and now AEW. Fans have come to adore the man thanks to his explosive high-flying acrobatics. Whenever he’s a part of a match, everyone in the arena and at home knows they’re about to watch something quite special. Danielson is able to adapt to anyone he’s pitted against and I’m confident that he can create a five-star classic against Fenix. We’ve already witnessed Danielson looking great against Rey Mysterio and Sin Cara, so it’s very possible that he can create magic with a ready and willing Fenix. This fantasy matchup is all about expert technical know-how taking on Lucha Libre greatness. 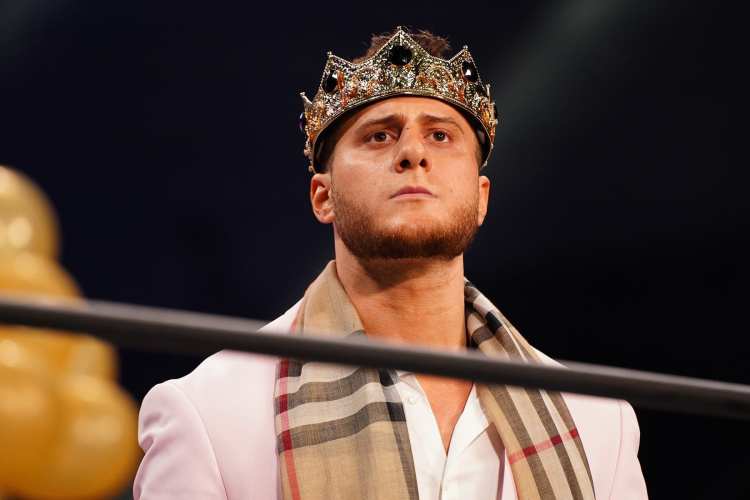 He’s better than you...and you know it. But now that Danielson is in the mix, Maxwell Jacob Friedman may have possibly met his match. All credit due to MJF - even though he mainly plays up his role as the biggest asshole in wrestling, MJF is actually a very good in-ring competitor who’s way more agile than you’d initially think. During his match with Jungle Boy at Double or Nothing 2020, MJF got to show off his rarely seen in-ring acumen thanks to the bout’s extended ring time. The man pulled off an Asai Moonsault at All Out 2021, for God’s sake! So I know MJF has it in him to open some more eyes to his wrestling potential in a match with Danielson. This match would be a classic case of the beloved babyface vs the severely hated heel - I’m confident in this match’s ability to deliver. 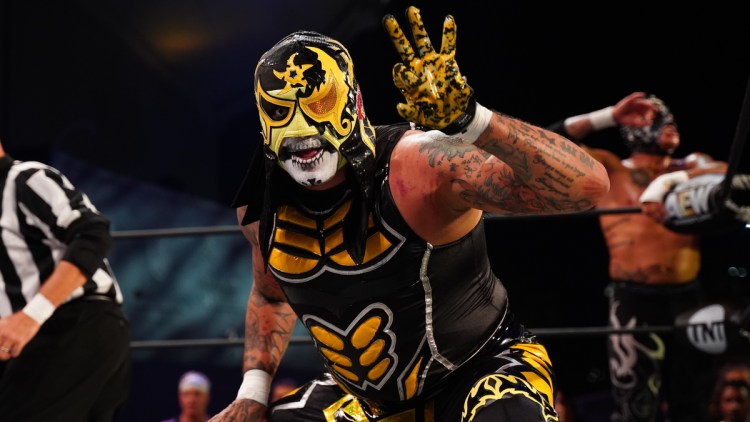 Mr. “Cero Miedo” has been one of my faves ever since I spotted him snapping everyone’s arms back on Lucha Underground. Since leaving the defunct Lucha Libre promotion, Penta El Zero M has stepped up his singles game across the indies and even Impact Wrestling. Plus he’s shown himself to be a quality tag team wrestler alongside his brother Rey Fenix. Penta’s time spent in AEW has paid off handsomely thus far. The best way to add even more credibility to the masked limb destroyer is by putting him in the ring with Danielson. The constant leg kicks would be off the charts here! Plus there’d be a ton of slick submission exchanges in this war of attrition between the two. Danielson’s work with luchadors has been great thus far, which is why I’d like to see him keep up that trend by taking on Penta.