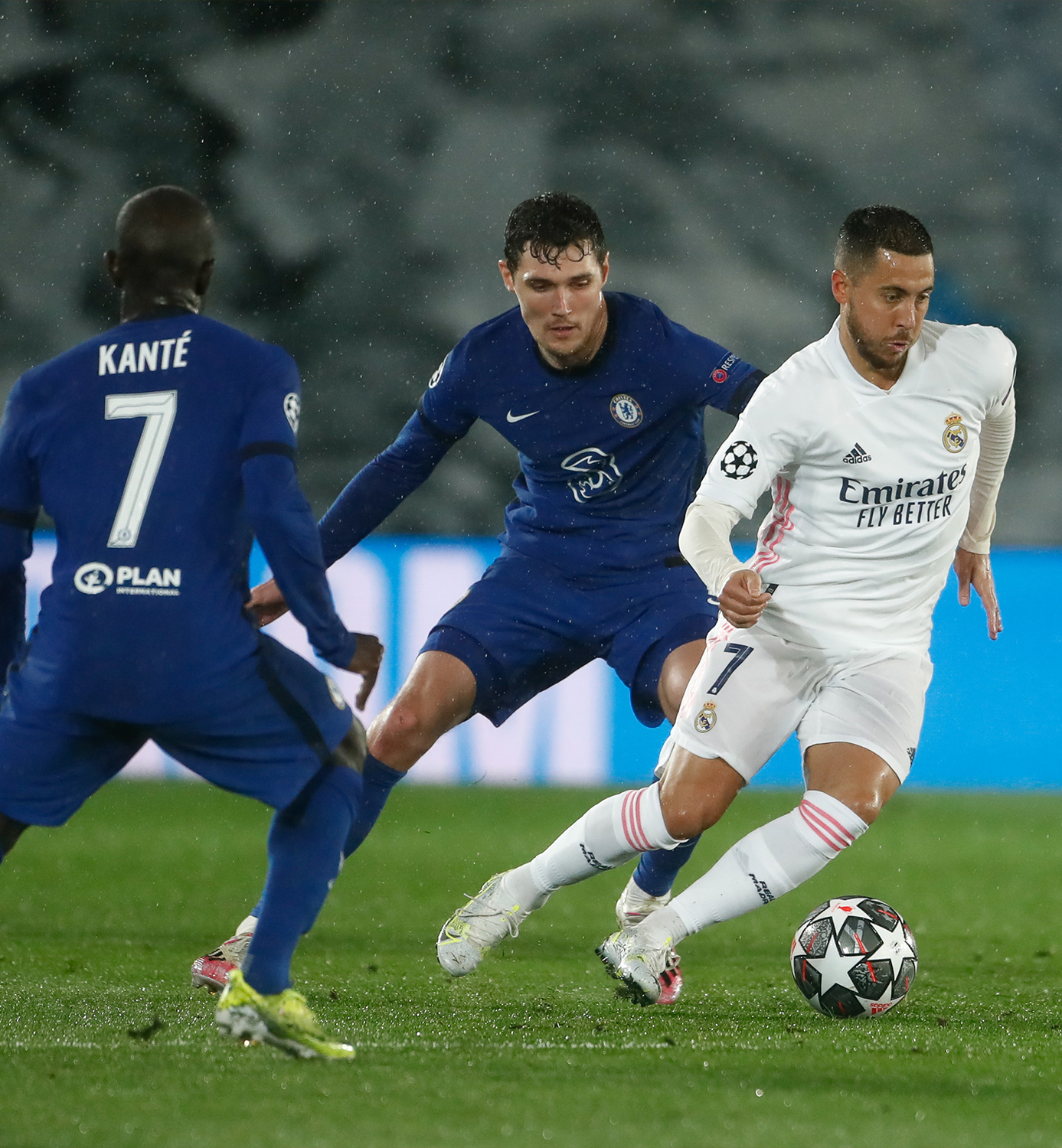 Manchester City punched its ticket into the UEFA Champions League final Tuesday for the first time in club history, and now Chelsea and Real Madrid will battle it out to decide which side will face Pep Guardiola’s crew later this month.

These two clubs are no stranger to the latter stages of the Champions League, particularly Madrid, who have won the competition a record 13 times. That’s six more than any other club.

Zinedine Zidane’s group have captured four of the last seven UCL titles, most recently three years ago when Madrid knocked off Premier League side Liverpool in the final.

Interestingly enough, a Premier League side has only beaten a Spanish club in the final once in the competition’s history. Liverpool did it in 1980/81 by defeating Real Madrid in the final, but Man City will have to wait to see whether they can try to be the second team to accomplish the feat or if they’ll be in store for an all-Premier League tie.

Thomas Tuchel’s men have rallied all season after the sacking of Frank Lampard so in a way it’s fitting they’ve come this far under the German manager’s tutelage. After earning a positive result in Spain last week, Chelsea’s away goal would have them through to the final if Wednesday’s match ends scoreless.

Let’s take a closer look at Chelsea and Real Madrid as they prepare for their semi final matchup.

Real Madrid and Chelsea surprisingly haven’t met many times throughout their respective histories, and Wednesday marks the second time they’ve played one another in the Champions League.

In four previous meetings, Chelsea won two and drew two more against Los Blancos, so Zinedine Zidane’s men will be looking to capture its first win against the London-based side and progress to yet another UCL final.

Chelsea’s biggest letdown during leg 1 of the semi finals was Timo Werner’s massive miss inside the penalty area, and now the Blues will need to find a way to be more clinical in the final third on Wednesday.

Tuchel’s side will likely remain relatively unchanged with Mateo Kovacic ruled out once more with a thigh injury.

The German manager will have to decide if he starts Werner once again up front, especially with Olivier Giroud’s success in UCL this season. Giroud leads the Blues this season in goals with six.

Madrid receives a huge boost with Sergio Ramos back in the fold defensively, so Zidane’s group will certainly benefit from their captain’s presence.

Real’s also likely to have Eden Hazard from the start after coming on in the second half of the opening leg for the Spanish giants. Hazard will have the chance to make an impact against his former club after missing much of the season due to injury.