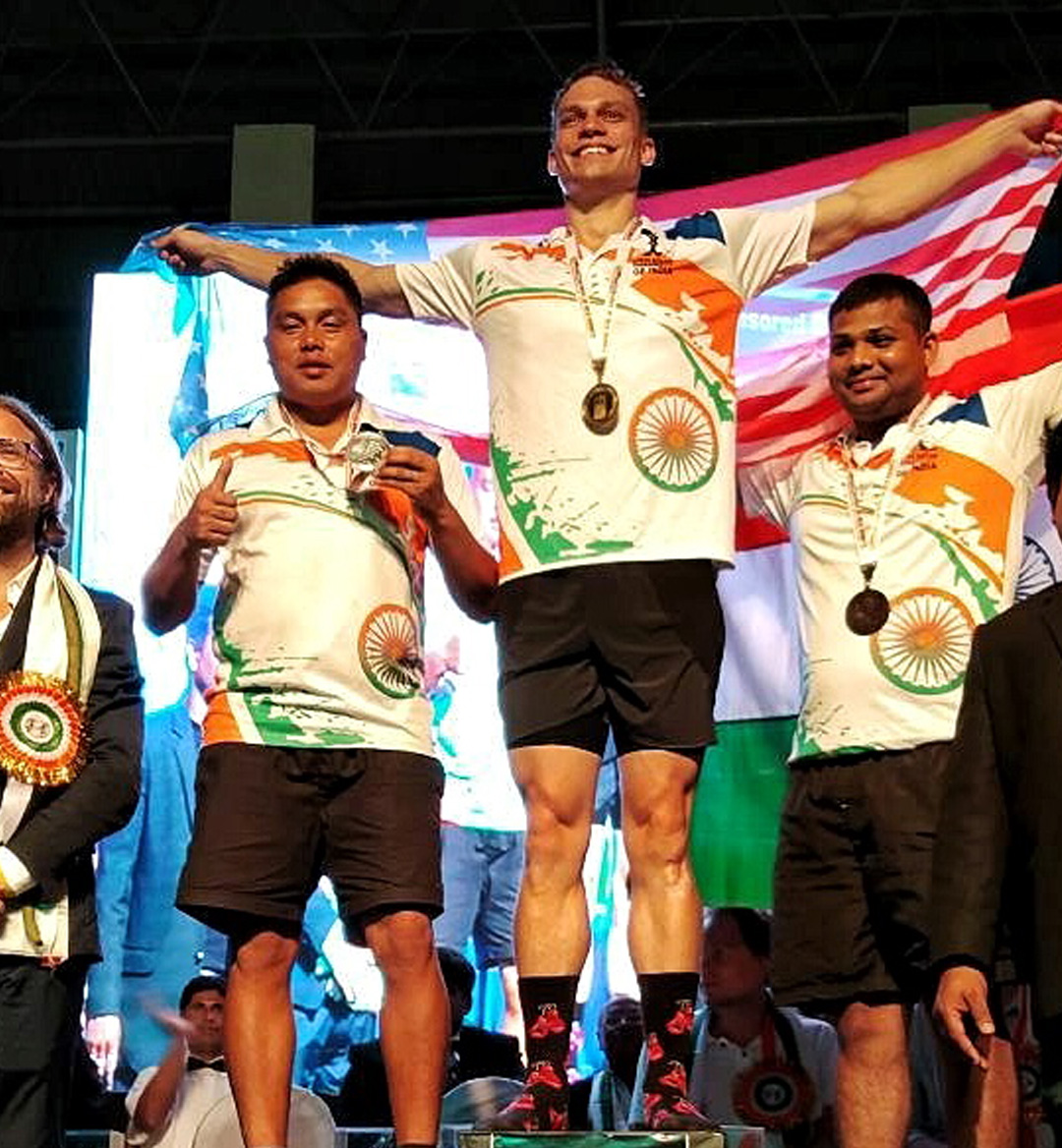 Meet Matt Thomas from Atlanta, Georgia. Currently the Chess Boxing champion in his weight class of 90-kilogram (198-pound), Thomas competed in the 2018 Chess Boxing World Championship in July 2018, where he captured the title. With that victory, Thomas became the first American World Champion in the sport of Chess Boxing.

When he’s not competing, Thomas also runs a nonprofit called Brawl for a Cause. Brawl for a Cause is an event that allows individuals to get into the boxing ring and fight for different charities that they hold dear to their hearts.

"In six years and nine events, Brawl for a Cause broke the $100,000 donations milestone. The Brawl Team decided to take the event and its impact to the next level, so we booked the Mercedes Benz Stadium field on February 17th, 2018. Hosting the first combat sports event on the same field where the [Atlanta] Falcons play proved to be the hardest thing I've ever done in my life, but it was worth it. We donated over $200,000 to the 30 causes we supported, effectively doubling the organization's overall impact," Thomas said in a 2018 interview with Voyageatl.

"Now, we are working with TV producers and expert videographers to turn Brawl for a Cause into a TV series. Each matchup will be its own episode, in which viewers will get to know the Brawler, their Cause, why they signed up to fight for it, and the training journey for their first charity boxing bout. We plan to film and air our first season in 2019, and we hope you'll sign up to Brawl or check it out when it's live!"

Terrance Crawford will win Saturday’s bout with a 5 or 6 round knockout against Kell Brook if it doesn’t go the distances, says Chess Boxing World Champ @MattThomas_ @137pm #CrawfordBrook #BrookCrawford pic.twitter.com/QqXC3ROuCT

Thomas recently sat down with ONE37pm to discuss his Chess and Boxing background growing up and how he came across the sport.

ONE37pm: So, what exactly is Chess Boxing?

Thomas: Chess Boxing is exactly what it sounds like: It is the board game of chess combined with the combat sport of boxing. You alternate between Chess and boxing until there is a checkmate or a knockout. So, we would get wrapped up our wrists and get ready to fight, but the game starts on the chessboard.

ONE37pm: How did you get into Chess Boxing in the first place?

Thomas: I grew up playing competitive Chess. So, on the weekends, I would play in chess tournaments until I was 13, and in college, I was competing in the sport of boxing for the University of Georgia. So, we were competing against other schools in our region, and after an amateur boxing bout, I injured my shoulder.

So, I had to get shoulder surgery, and I was on bed rest for six weeks, and I could not punch a heavy bag for six months. I had a super long recovery period, and I meant most of it watching YouTube, playing video games, Chess, and one day I was playing speed chess watching an old video on YouTube.

The video that was up next was something on chess boxing. YouTube auto-played a chess boxing video, and when I saw it, I told myself I was born for this. The sport combines two of my favorite things to do, and I started researching it, and I found the founder that created it back in 2003. A Dutchman named Iepe [Rubingh] reached out to him and told him I love what he had created, and I would love to get involved.

Then I asked when the next competition was, and he told me. I told him as soon as I recovered that I would reach out. About a year and a half later, I reached out, and he said the only event left in the year was the Chess Boxing world championship in Kolkata, India.

He informed me that if I did compete, I would be the first American to compete in the sport we have never had an American compete before. I decided to go and compete after turning for a couple of weeks and won the whole thing. 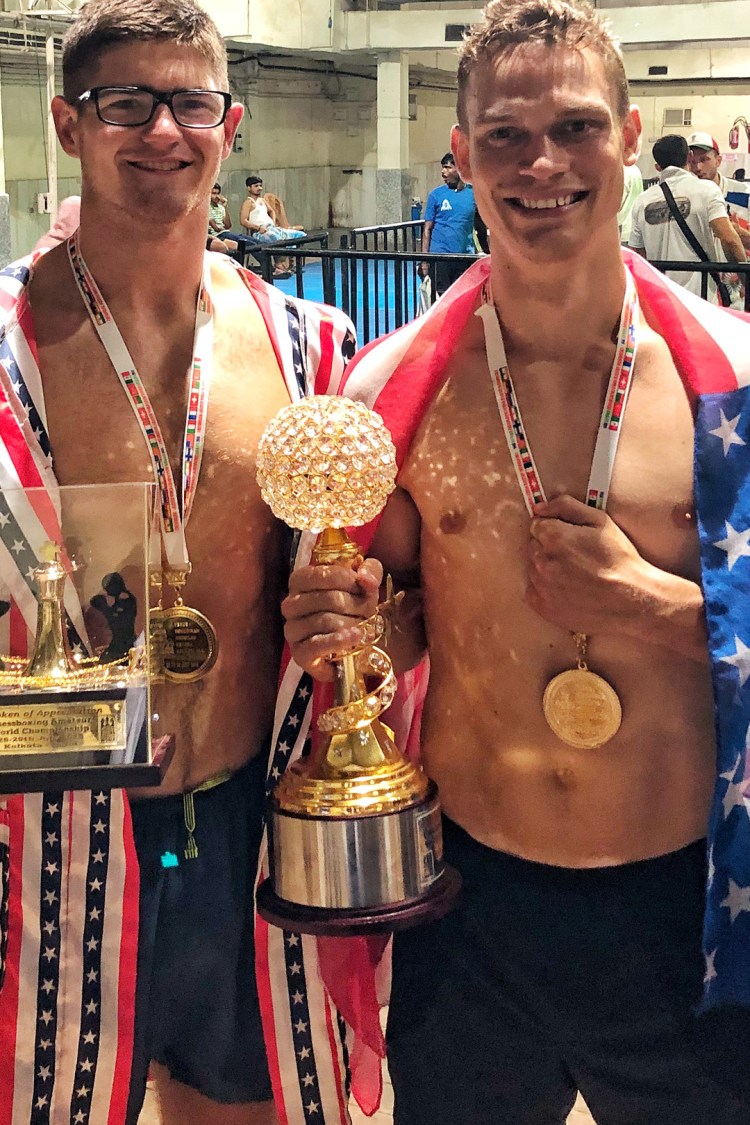 ONE37pm: Chess and boxing both require strategies in a bout. Being an expert in both fields, how has it helped you in those separate entities?

Thomas: It is interesting because each sport is super old. For instance, Chess is 2000 years old and was started in India. Boxing has been around since the caveman days, even if it's not the same rules, and everyone can wrap their heads around a fight.

There is so much history in both sports and a lot of strategy in both individual sports, but when you combine the two, that changes. Some chess players are good at that part of the sport and are new to boxing or vice versa. Some are balanced at both sports, and even though you are good at both, you could still come across an opponent that is good at boxing.

Where if I am facing someone great at Chess but not boxing, my strategy is going to flip. So, it is really a flex sport depending on your opponent, what their strengths and your own strengths are, how you approach each match. 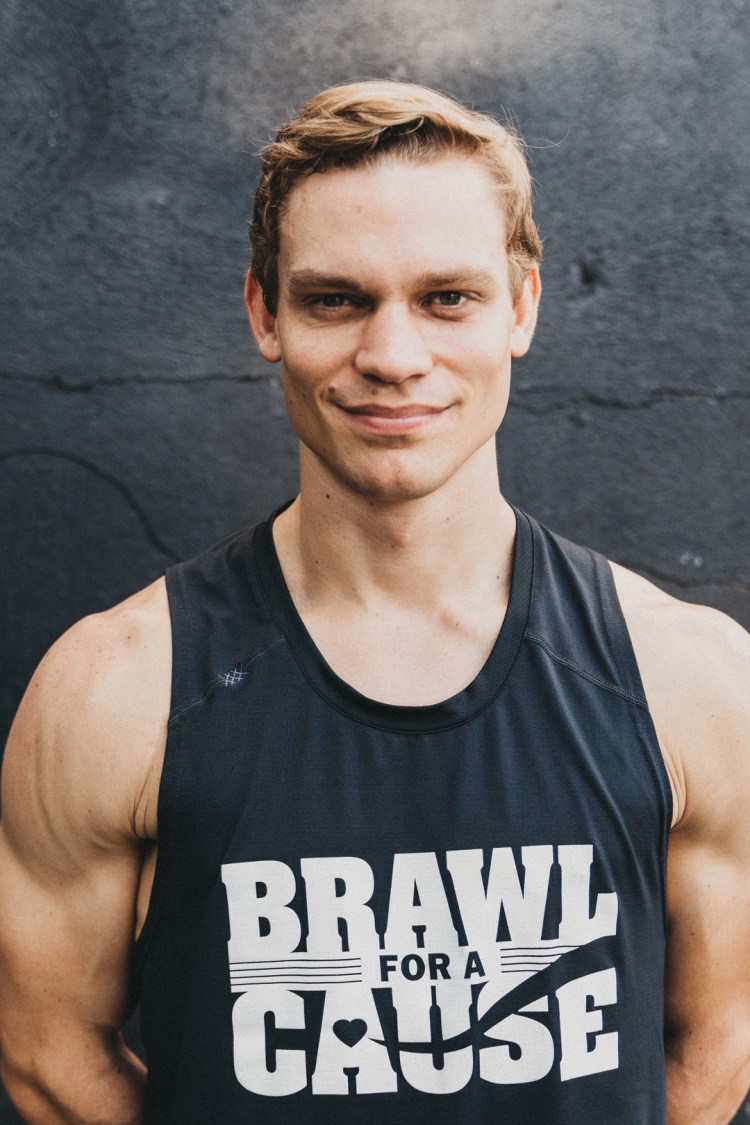 ONE37pm: Could you see chess boxing becoming an Olympic Sport one day?

Thomas: The goal is to make Chess Boxing recognized as an international sport and be included in the Olympic games. Right now, we have made some progress. So, for some countries where Chess Boxing is really popular, like Russia, India, Germany, and France, there are already nationwide competitions. Meanwhile, that does not exist in the United States, and interviews like this help bring awareness to the sport, and we can build a team here in the US, instead of just being a couple of us like it is now.

ONE37pm: Are you familiar with the Netflix series The Queen's Gambit?

Thomas: Queen's Gambit is amazing! And if you have not watched it yet, definitely turn on Netflix. It is the number one show in the country right now, and you will love it. Even if you do not know about Chess, for instance, my girl is learning how to play Chess, and she loved the series. I know a lot about Chess and broke down a lot of the games they had with some of the famous matchups.

That they were replying during the series, and I loved it, so it does not matter who you are; you will enjoy the show. The cool thing about Queen's Gambit is that it had many chess consultants, so all the games were realistic and high level. One of the chess consultants was Iepe Rubingh, who was the founder of Chess Boxing.

So, it is this weird collision of worlds he created the game in 2003, and now he has advised from this worldwide critically acclaimed show. However, due to Covid, Iepe passed away in May, so if you watch it all the way through, the series is dedicated to him. After the seventh episode, it says in Memory of Iepe Rubingh. I was not aware of it until I saw it, but I started breaking down when I found out. His impact on the world was not just chess boxing, but now he helped advise for this show.