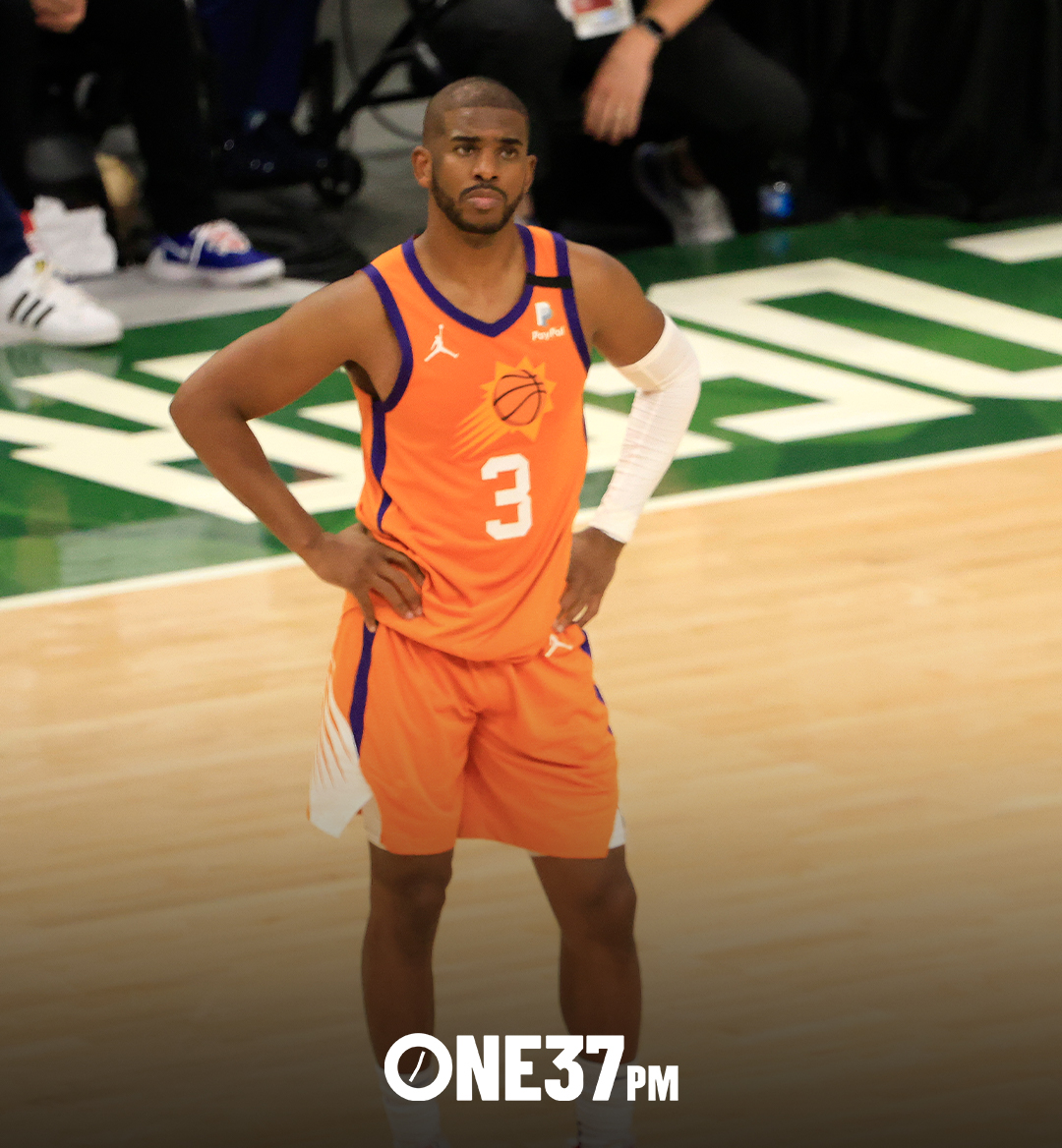 For a while, at least, things were going surprisingly great. After 16 exhausting seasons and 102 television commercials--and after the Phoenix Suns’ playoff bracket cracked open like a walnut—Chris Paul found himself two games away from his first championship. In Game One, he bedeviled the Milwaukee Bucks, manipulating their defense into switching a hopeless big man onto him and making them regret it. In Game Two, he quarterbacked one of the greatest team shooting performances in NBA Finals history. In Games Three, Four and Five, he was badgered to the outermost corners of the known universe by Jrue Holiday. And in Game Six, he slunk off the court with tears in his eyes.

Watching a title slip away is the cruelest outcome for Paul, but it’s also the most logical. Although he has firmly ensconced himself amongst the greatest point guards ever, his career has been one of all-consuming competency and gnawing inadequacy. No one has played such flawless ball with such tepid results; after this Finals loss, he’s the only player to have blown four 2-0 series leads. This isn’t to say that he’s a choker, just that he’s limited in ways his peers aren’t.

He is the first player ever to blow four 2-0 leads in a best-of-7 series. pic.twitter.com/HZ6GZQaUZZ

At the most basic level, the difference between the prophecy-fulfilling Bucks and the vanquished Suns lies in the physical differences of their respective stars. In Giannis Antetokounmpo’s hands, basketball looks simple. Whether he’s a “hooper” or not, Antetokounmpo is almost always bigger, stronger or faster than the guy guarding him—often, he’s all three. Against the Suns, he was at his rampaging best, averaging 35.2 points, 13.2 rebounds and 5.0 assists and winning Finals MVP; his 50 point, 14 rebound, five block master stroke in Game Six is an instantly iconic performance. He may not have developed a deep bag of countermoves and counter-countermoves, but that’s because he doesn’t need one.

When he’s on the court, the inherent cat-and-mouse game between offense and defense is rendered obsolete—his permanent plan of attack is to pile-drive his way to the hoop and the defense’s only reasonable response is to panic. Accordingly, there's no point in learning the finer points of foul-drawing chicanery when opponents crumple from a single blow to the chest; it’s a waste of time to snake a pick-and-roll when you can simply snake your giant arm beyond the reach of any defender’s contest. Lesser, shorter players can whinge all they want about how it takes no skill to be seven-feet tall, run, and just dunk, but that criticism ignores a central truth: being seven-feet tall, running, and dunking is the ultimate skill. No matter what question the Suns’ defense posed, the answer was always Giannis Antetokounmpo.

Whereas Antetokounmpo is one of the world’s most startling athletes, Chris Paul is roughly the size of your kinda tall friend. Once injuries dejuiced his legs, he maintained his Point Godliness by evolving into one of the smartest and most skilled players to ever live. Every decision and move that Paul makes on the court is informed by an awareness of his physical limitations; his continued success is an act of defiance against his own body. Too slow to blow by defenders, he’s infused his dribbles with a slippery economy, gliding to his spots without any profligate movement. Too small to challenge big men at the rim, he has become the greatest mid-range shooter this side of Michael Jordan. Here is basketball as extreme couponing—small gains and microskills compiled into a giant stockpile of greatness. As such, Paul has become basically the perfect basketball player by necessity.

In this sense, Paul’s climate-controlling style leaves no margin for error. His success depends on his ability to drain difficult shots and maximize every advantage; in the last four games of his season, he could only maximize most of them. Compared to his torrid playoff run that spanned from the second round through the first two games of the Finals, Paul shot the ball a little less often and a little less well; he racked up slightly fewer assists and more turnovers.  Still, excepting an on-court blimp fire in Game Four, he played extremely well, even as the balance of the series shifted against him in subtle yet fatal ways.

In Game Six, Paul controlled the game until he couldn’t. He led the Suns with 26 points and scored with remarkable efficiency; he created 16 assist opportunities, although only five of them were converted. But during the game’s final seven minutes and 38 seconds, he didn’t even attempt a single meaningful shot; he finally succumbed to his own overmatchedness while Antetokounmpo took over.

During this season-ending—if not season-defining—stretch, Paul struggled to advance the ball against Jrue Holiday’s hellhound full-court defense, sapping any tempo from the Suns’ attack as clumsier teammates were delegated with initiating the offense. He was skittish off the dribble and spooked by Milwaukee’s collective length as he passed out of shots that he normally would take. Unable to create an advantage against the Bucks, he passively followed the script of the game and turned into a cardboard cutout of himself. The hidden cost of refusing to make a bad play is that sometimes you don’t make any play at all—and the hidden tragedy of Paul’s career is that his singular commitment to greatness will never be good enough.