Chyna Is Finally Getting the Recognition She Deserves

As a member of D-Generation X, the legend is being inducted into the WWE Hall of Fame 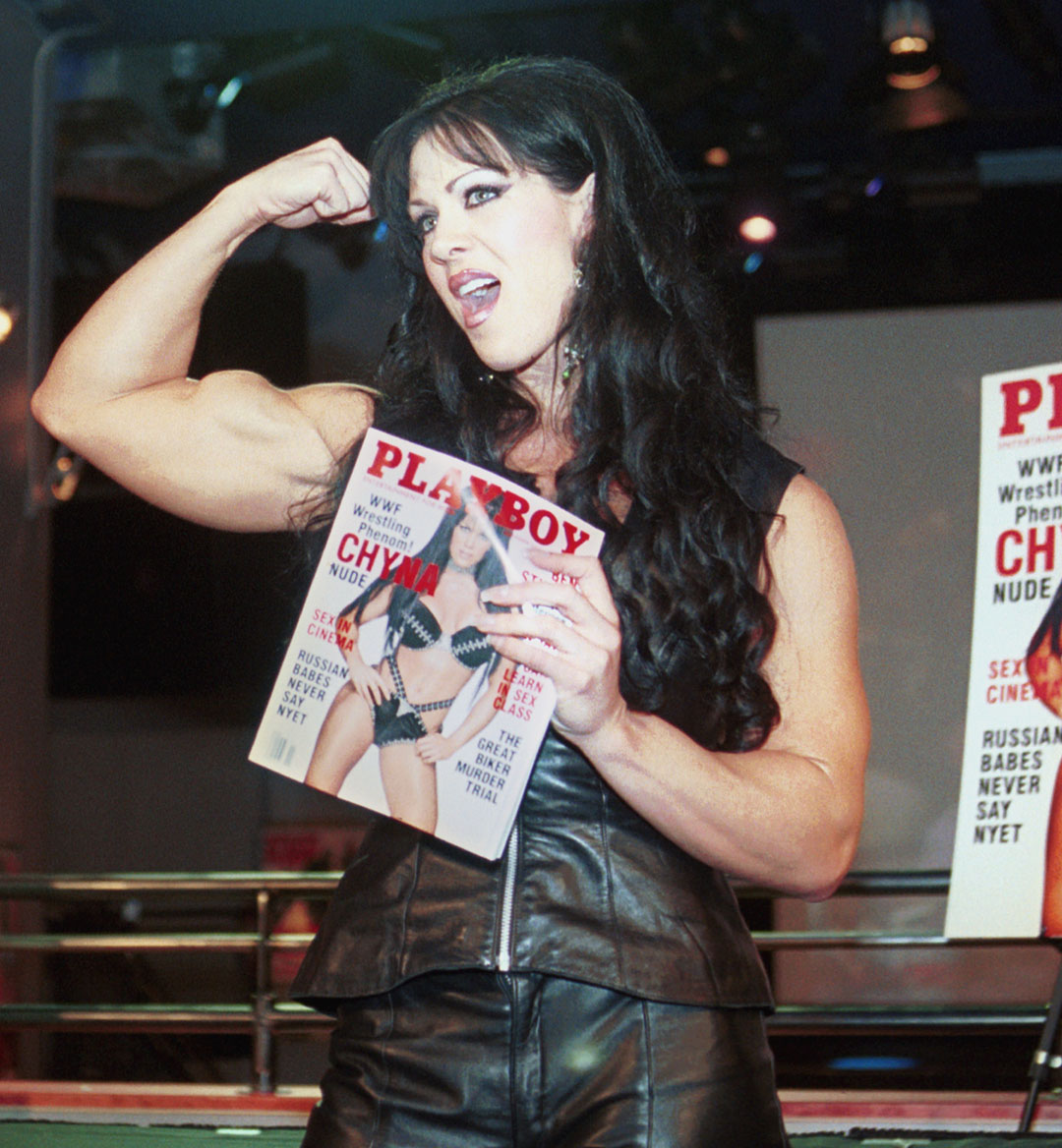 Much like the world of comic books, the WWE universe exists within a perpetually retconned history. WWE's mythology is imminently pliable to the whims of corporate market testing and changing social attitudes. Due to WWE’s ever-changing look and tone, their Hall of Fame remains an interesting case study in the company’s ethics and aesthetics.

First established in 1993, the politics of the Hall of Fame sparks debate amongst fans and industry die-hards every year. And this year is no different, with the announcement of the induction of immensely popular Attitude Era stable, D-Generation X, the question of WWE’s historicity has once again been posed by fans.

What seems like a relatively innocuous decision is actually rife with complexities. With their tradition of erasing superstars who had been perceived as traitorous, will WWE totally scotomize Chyna’s legacy from the ceremony?

D-Generation X, a group formed in 1997, were the bratty bad-guys of the Attitude Era. Catalyzed by the reunion of Triple H (aka Paul Levesque, the company’s current Executive Vice President of Talent, Live Events and Creative) and legendary grappler Shawn Michaels, the anti-authoritarian gang of catchphrase-generating vulgarians would go on to recruit foul-mouthed personalities like Rick Rude, X-Pac, Road Dogg and Billy Gunn. Standing out starkly amongst the other members was Chyna, a towering, hyper-muscular Amazonian introduced initially as an imposing bodyguard for Triple H, with whom she was frequently (out of kayfabe) romantically linked.

The WWE is wise to play on the current wave of 90s nostalgia by inducting this beloved stable, garnering them adoration from aging casual fans who have since lapsed from regular viewership. But more devoted WWE acolytes can recognize another, more latent narrative emerging underneath. Because of Chyna's controversial history—and despite their self-conscious efforts towards elevating female talent—she has been routinely downplayed as a groundbreaking figure in the company’s history. Is her induction alongside D-Generation X a way of honoring or ignoring her?

Although far more controversial figures in the Hall of Fame—including Donald Trump and Hulk Hogan—have not been met with the same kind of revisionist zeal, in fairness, WWE does have some reason to distance themselves from the so-called 9th Wonder of the World. Chyna, who openly struggled with addiction and mental illness, had a relatively notorious career in the adult entertainment industry after leaving WWE in 2001. With WWE’s contemporary commitment to PG content, fears about her pornographic past emerging likely contribute to their caution around her memory. Similarly, at more troubled points in her life, Chyna accused various executives and performers at WWE—including CEO Vince McMahon and Triple H—of sexual misconduct, physical abuse and even pedophilia. (Recently unearthed video of an interview with Chyna from shortly before her death in 2016 show her as deeply apologetic for her actions.)

Chyna’s successes extend far beyond the scope of D-Generation X—she was a viable and beloved singles competitor who won several championships both in and out of the women’s division—but her contributions to the history of pro-wrestling have been conspicuously absent or severely underplayed in WWE’s frequent recaps of its past, likely due to her plethora of controversies with the company. The WWE has been crafting a new (not entirely accurate) narrative around their treatment of women’s wrestling and Chyna remains more of a footnote than a legend in their re-telling of the story. Only a brief memorial, somehow both deeply platitudinous and understatedly earnest, was offered when she passed away.

By inducting Chyna into the Hall of Fame via D-Generation X and not as a solo performer, WWE manages to elude their complicated relationship with her while simultaneously giving her at least some credit for her work. And yet, WWE has already been spotted leaving her out of social media announcements and minimizing her importance.

The good news is that Chyna’s family appear elated by the recognition of her achievements.

“I am absolutely thrilled,” Jan LaQue, who has campaigned for her daughter’s inclusion in the Hall of Fame for many years, told ProWrestlingSheet. “We have been invited to the ceremony and will be so proud to be there and celebrate this awesome occasion. She certainly earned this, to say the least.”

Whether or not this gesture is a way to test the waters for Chyna as a posthumous inductee on her own remains unclear—although Triple H has made statements suggesting that is precisely the case. But when the sincerity of WWE’s progressive politics is constantly in doubt, the kinds of double-gestures around their shady past only serve to sew distrust amongst already-skeptical audiences.