Get to Know AEW's Cody Rhodes 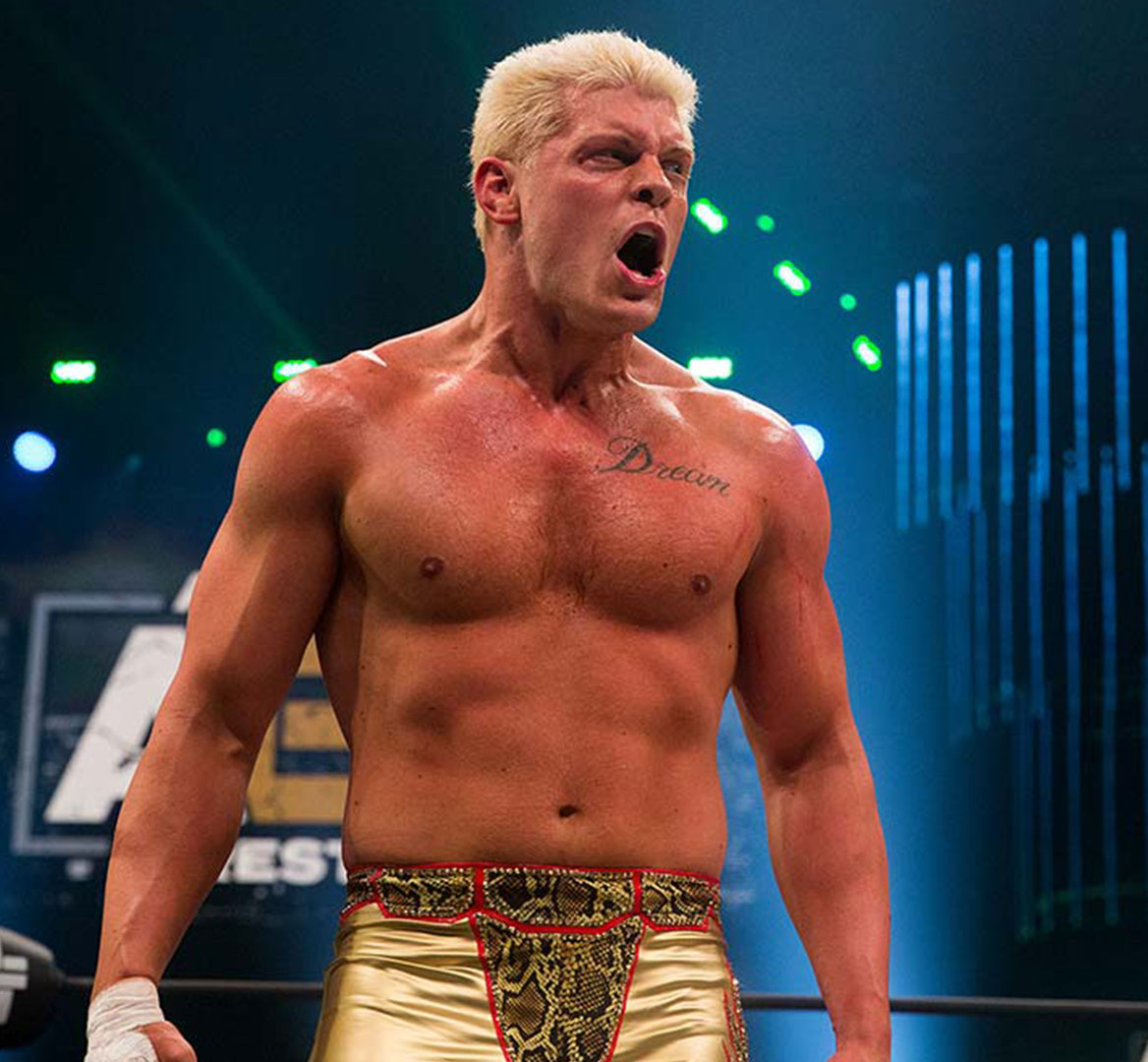 The wrestling landscape plays host to a number of individuals who’ve followed in the footsteps of their legendary progenitors. Some of the most notable 2nd and 3rd generation talents that plied their trade in the squared circle include greats such as Dwayne “The Rock” Johnson, Charlotte Flair, Bret “Hitman” Hart, “Macho Man” Randy Savage, Eddie Guerrero, Randy Orton, etc.

Another name you can throw into the mix is Cody Garrett Runnels aka Cody Rhodes, the blond-haired son of the “American Dream” Dusty Rhodes. Since entering the business his father made great strides in, Cody has gone from a chip off the old block looking to make a splash in WWE to the executive vice president of his very own wrestling promotion. Cody’s fascinating wrestling journey is marked with plenty of major successes and less than stellar moments. But with his current association with the hottest new wrestling fed on television, he’s set to create even more lasting memories that push him ever so closer to Hall of Fame status.

If you’re still a bit unclear about Cody’s origins and what pushed him to where he is today, then this extensive primer should bring you up to speed. “The son of a son of a plumber” is undoubtedly one of the most interesting personalities in all of professional wrestling today.

Cody’s WWE career as a main roster member lasted from 2007 right up until 2016. During his storied run with the company, Cody played a number of varied gimmicks that pointed to his penchant for making the best out of any role given to him. While teaming with Hardcore Holly, Cody simply competed as the typical “son of a wrestling legend” character that so many had done before him. He eventually went onto aligning himself with a third-generation wrestler in the form of Ted DiBiase Jr. As his career wore on, Cody entered into a partnership with DiBiase Jr. and Randy Orton to form a powerful stable by the name of Legacy.

After Legacy’s run on top came to a close, Cody adopted his “Dashing” gimmick and successfully played the part of a handsome individual who took great pleasure in his unmatched facial features. During a feud with Rey Mysterio, he adopted a much darker persona and went full Doctor Doom mode when he became “Undashing” Cody Rhodes. Proof of Cody’s ever-improving abilities in the ring can be seen during his WrestleMania XXVII bout against Rey Mysterio.

In the ensuing years during his continued WWE run, Cody went on to become Intercontinental Champion and win the tag team titles several times (one of those title reigns was spent alongside his half-brother Dustin Runnels aka Goldust). While under the guise of the face-painted madman known as Stardust, Cody’s disillusionment with WWE began to grow. In May of 2016, he went to Twitter to announce that he had requested his release from the company. And the very next day, his request had been granted.

During an interview with Bleacher Report, Cody detailed how much his WWE exit affected Paul Michael Levesque aka Triple H: “Hunter took it very personally because he had done so much for my dad in NXT. There was one conversation where he said, ‘I’m shocked that you feel this way after everything I’ve done for your family.’ But I told him, ‘I’m not my dad. I can’t stay here out of loyalty to you for giving my dad a job in 2005.’ I get it, and the little boy in me really appreciates what you did for my dad. But I’m not him. He’s not here anymore. I’ve got to be me.” 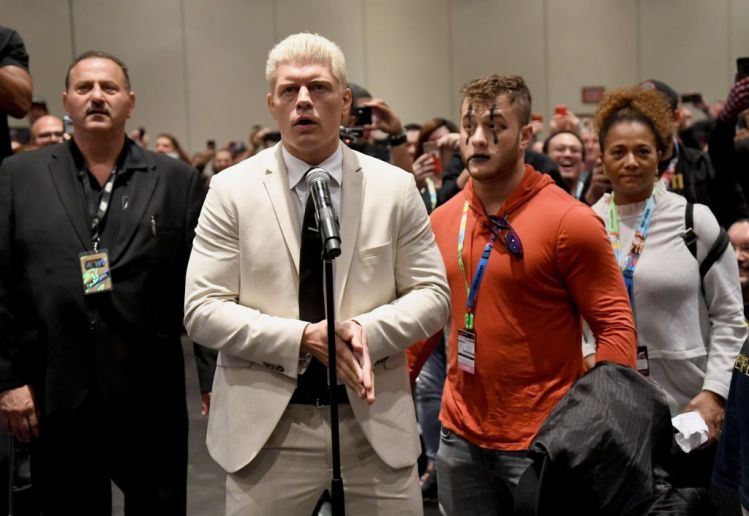 In order to prove himself to the wrestling world as someone who could hang with the best the sport had to offer, Cody began working for a number of independent wrestling promotions. His post-WWE work saw him compete for Evolve, Northeast Wrestling, Pro Wrestling Guerrilla, and WhatCulture Pro/Defiant Wrestling.

As his stature on the indy wrestling scene grew, Cody aligned himself with much more prominent companies such as the National Wrestling Alliance, Ring of Honor, TNA/Impact Wrestling and New Japan Pro Wrestling. And during his stint in all those aforementioned feds, he earned plenty of championships along the way. Some of the biggest names he wrestled against on the indy scene include Ricochet, Jay Lethal, Dalton Castle, Christopher Daniels, Sami Callihan, and several others.

The initial signs that pointed to Cody looking to start a wrestling promotion of his own began at All In, a massive indy wrestling event promoted by him and the popular tag team of the Young Bucks (Matt and Nick Jackson). Several members of the NJPW, ROH, CMLL, Impact Wrestling, AAA, MLW, and NWA rosters came together to produce a major televised wrestling show for the ages.

The overwhelming success and fan goodwill garnered from All In back in 2018 eventually led to the birth of All Elite Wrestling in 2019. On January 1, 2019, AEW was officially unveiled to the world during an episode of the wrestling web series Being the Elite. With the assistance of his wife Brandi Rhodes, the Young Bucks, Kenny Omega, and Tony Khan, Cody is currently in the midst of making the AEW product must-see on TNT. Cody is certainly All Elite.