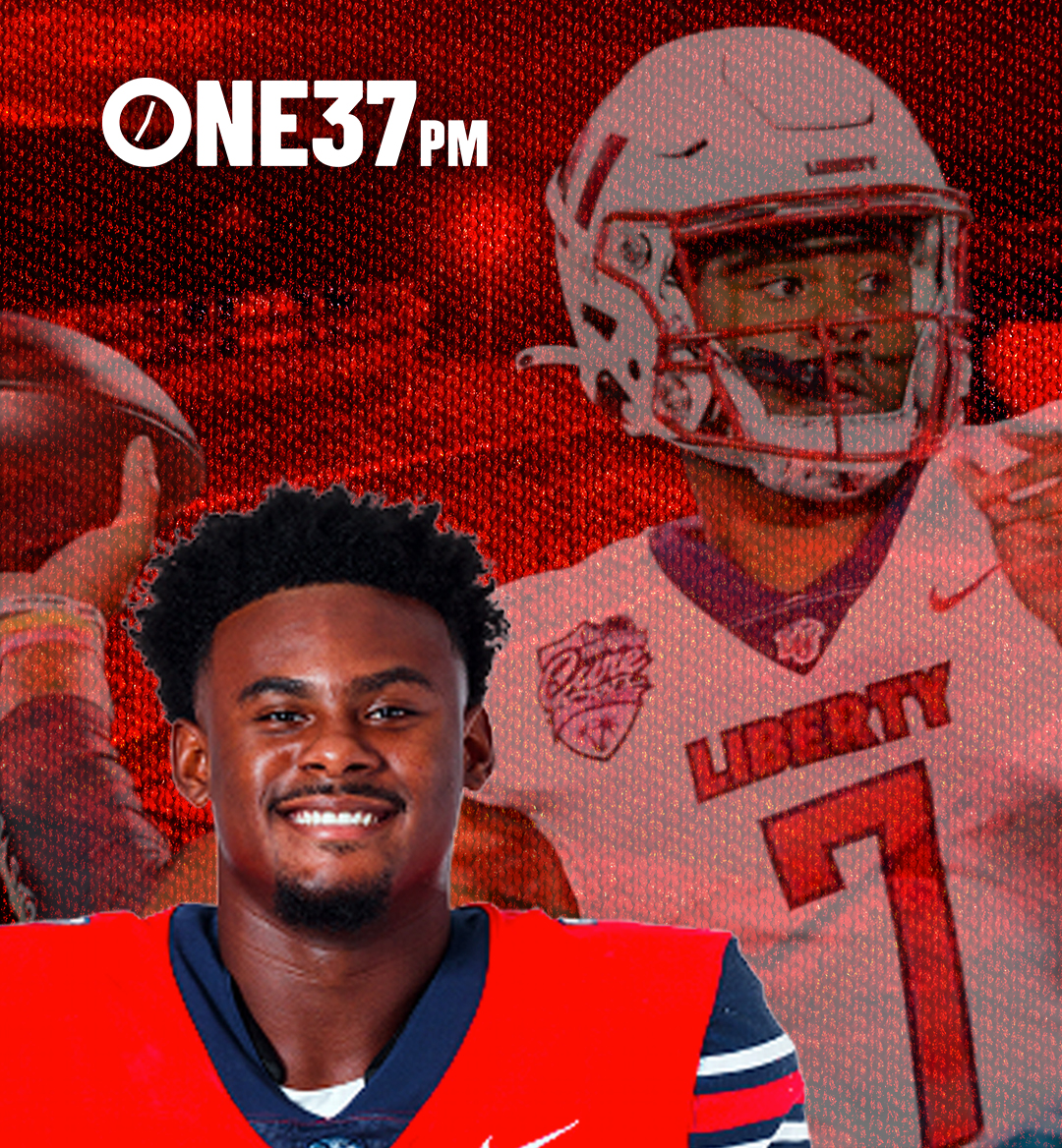 Liberty University Quarterback Malik Willis is a certified baller. He seems to play the game at a different speed than everyone else on the field. His arm talent and electric run-style have caught the eyes of many NFL draft analysts and NFL teams. Is he the best QB in the 2022 Class? Let’s dig into it.

Pocket presence- Liberty’s offense is mainly built off of Willis’s athleticism. In other words, most plays are Run-Pass options, quick passes or play-action passes. Rarely is Willis asked to drop back and play from the pocket, but he’s looked okay when he’s been asked to do it. Although Willis’s dynamism is what makes him such an intriguing prospect, he still has to improve in the pocket; on multiple occasions, he’s unnecessarily bailed from a clean pocket and tried to force plays on the move. At the next level, though, opposing defensive linemen will be disciplined enough to keep him in the pocket and athletic enough to pressure him outside of it. Still, because of the way that Liberty’s spread offense is structured, it’s possible that Willis’s lack of pocket presence is simply the result of a lack of experience and that he will improve it over time.

Accuracy/anticipation- Last season Willis’s accuracy appeared to be about average, but so far this season he’s shown solid improvement. As is the case for most quarterbacks, the majority of Willis’s passes are to targets within ten yards of the line of scrimmage, and he’s been spot-on on these short throws thus far. With Run-pass options, there are a host short quick routes, in-breaking route, stop routes, and swing passes; he consistently hits them for the most part. However the issue is, in the NFL quarterbacks have to consistently hit passes outside the numbers, and passes in the middle of the field. Through six games, Willis is only completing 59% of his passes outside the numbers, and an underwhelming 50% on passes in the middle of the field (@realcoryKinnan Quarterback charting). Willis’s accuracy has been improved, but his success in the NFL will partially hinge on his ability to become an even more accurate passer.

0/5 outside the numbers at intermediate level
3/4 on passes of 30+
0/2 on passes over the MOF
15/17 on passes under 10 yards in depth pic.twitter.com/IfCalMXEaO

Arm strength- Outside of mobility, arm-strength is considered his bread and butter. He possesses elite arm strength; Willis’s deep ball is a thing of beauty. So far, he’s been on the money with his deep passes, as he’s completing them at a ridiculous 81.25 percent rate. With only a ‘flick of the wrist’, Willis can make every throw, even if his placement isn’t always the best. To his credit, velocity and strength aren’t the issue. He has one of the strongest arms out there.

Mobility- Willis is easily the most athletic quarterback in this class. Besides  Lamar Jackson, there hasn’t been a Quarterback in recent history with the athletic gifts Willis has been blessed with. He’s electric in the open field, has elite short area quickness, and can flat out make something out of nothing.

Most impressive is his decisiveness when it’s time to run. He spends zero time thinking or second guessing about escaping, he’s outta there. On the other hand, at the next level, he may benefit by being a bit more reluctant to run. NFL defenses are a lot bigger and faster, and the schemes often get run-happy quarterbacks into trouble.

Decision making- Liberty’s offense is essentially built for Willis to make quick decisions and to often just take what the defense gives. Though Willis possesses a big arm, he doesn’t play hero ball often. Forcing the ball isn’t in his nature. On the other hand, he’ll take a deep pass at any point if it's 1on1 which should be viewed as a positive. All in all, he’s a solid decision maker.

As a whole, Willis has been pretty good this season. Although he has a few flaws to clean up as a passer, he’s perfectly suited for the direction in which the NFL is headed. Athletic quarterbacks like Willis are being deployed in progressively more creative ways, taking full advantage of their ability to get out to the perimeter and make plays. Willis still has six more games to go, which is more than enough time to up his stock and solidify his case to be the first quarterback off the board in the 2022 NFL Draft.