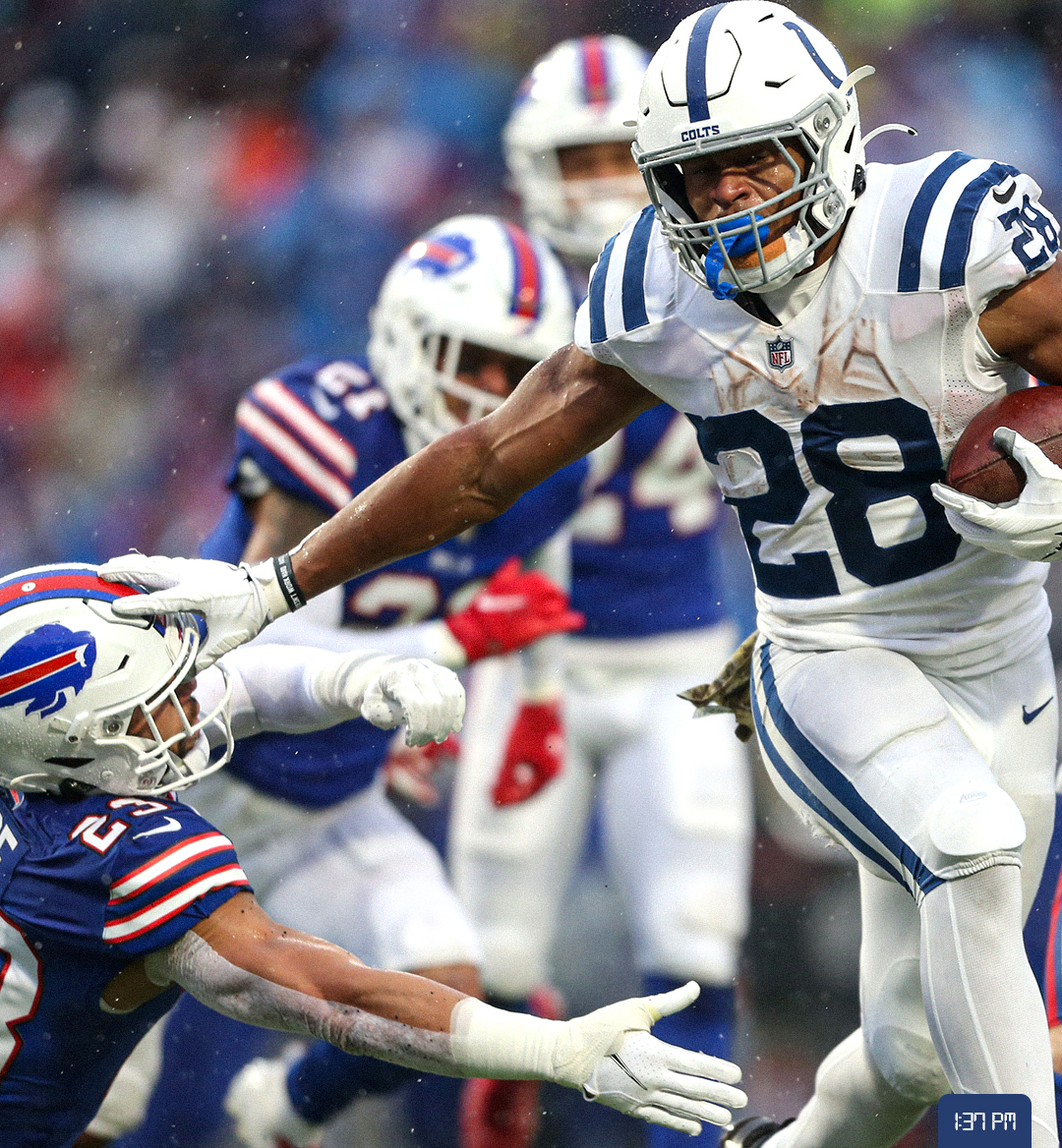 Throughout the years, it has required a literal historical performance and insane amounts of fan and media support, for non-quarterbacks to win NFL MVP. This truth is confirmed by recent non-quarterback MVP winners; running backs Shaun Alexander (2005), LaDanian Tomlinson (2006), and Adrian Peterson (2012) all only won the award after having historically great seasons. But with the wonkiness and unpredictability of this season, it seems possible that a non-quarterback could not only compete for it but easily win.

"Jonathan Taylor has a legitimate shot."@heykayadams makes the case 🗣 pic.twitter.com/G7K5OVTmJ5

Colts' running back Jonathan Taylor has emerged as the ideal candidate for the crowd who wants to see the MVP be given to a non-quarterback. After producing 204 total yards and five touchdowns in the team's 41-15 upset win over the Buffalo Bills last Sunday, the second-year running back has the statistical production and on-field impact to claim the award.

To properly understand Taylor's production requires an understanding of two key concepts. First, he's highly productive despite splitting carries and playing time with his fellow running back, Nyheim Hines. And secondly, Taylor is massively efficient whenever he gets the ball, which sets him apart from Derrick Henry, the Tennessee Titans' now-injured running back who is widely considered the gold standard at the position.

​​Minus last Sunday's game, in which Taylor received 32 carries, there's only one other game where the Wisconsin product carried the ball more than 20 times this season (Week 10 against the Jacksonville Jaguars). Until two weeks ago, Taylor received 15 carries per game but still nearly averaged 100 rushing yards and had surpassed the century mark in half of those games. And while he's rarely used in the passing game, Taylor did notch a 100 receiving yard game against the Baltimore Ravens in Week 5.

Even though other MVP candidates have the luxury of playing on better teams than the Colts, Taylor carries a uniquely huge burden within his team's offense that's only matched by Baltimore's Lamar Jackson. The Colts have won five of their last six games and it's been Taylor's performance that has set the tone in those victories, including a five-touchdown effort last week against the Buffalo Bills. It also doesn't hurt that he's now the league leader in rushing yards (1,122) and rushing touchdowns (13).

At this point of the season, the MVP race usually comes down to who has the most signature moments and wins. The combination of those two events leave a lasting imprint on those cheering, labeling, and most importantly, voting for the winner of this award. And in Taylor's case, the Colts are beginning to rack up noticeable wins because of his highlight plays that are becoming the topic of conversations that involve this award.