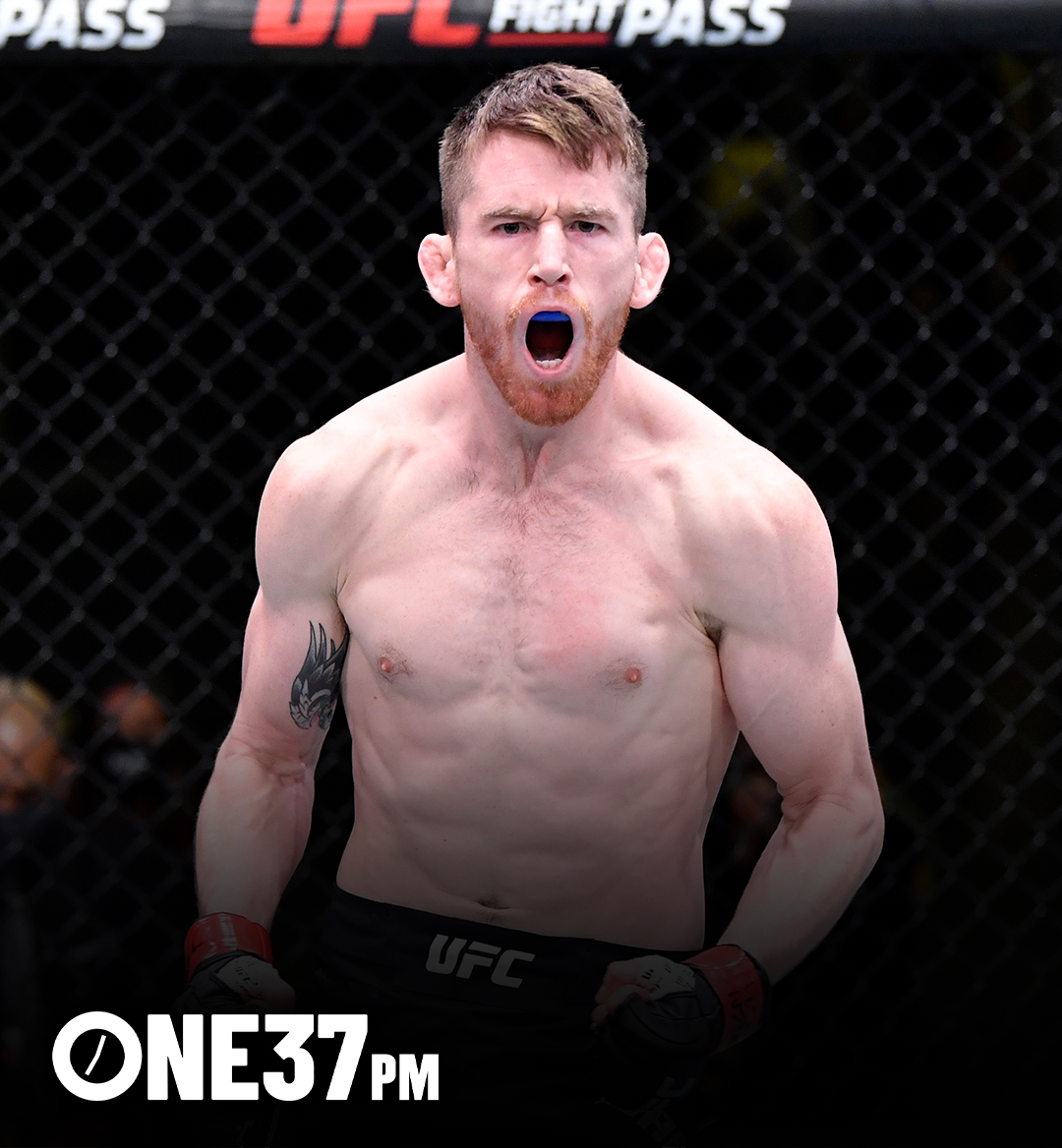 Moments after, he walked around the octagon, motioning that he wanted the UFC bantamweight belt around his waist.

Fighters give their blood, sweat, and tears… they train their entire lives for a moment like this.

UFC legend, and former Lightweight champion, Frankie Edgar was applying an immense amount of pressure, until a vicious knee found Edgar’s chin. It was a highlight that fighters can only dream of.

But it was less than 12 months ago when Cory Sandhagen suffered the worst loss of his career and since then, his mindset has changed.
Sandhagen  joined ONE37pm’s Bo Templin on In the Fight to recap a fight and moment he will never forget.

ONE37pm: What pushes you?

Sandhagen: “There are a lot of different motivators that jump around in your head and it sometimes changes too. Before it was, ‘I want to show people my style of martial arts. Now, I want to collect scalps. I want the best names. I want to win championships. I want to reign as the king and I want to be known as one of the baddest dudes to ever play the game. That’s what I want to do.”

If your heart rate isn’t sky high after hearing that, then you may want to see a doctor because mine was dangerously high during the interview and skyrockets every time I hear him say it.

And “The Sandman” wasn’t done.

Sandhagen: “I don’t want to just beat these guys. I want to embarrass them. I want to knock them out. I want them to leave on stretchers; I want to collect as many scalps as I can.”