Here are the current UFC champions across every weight class 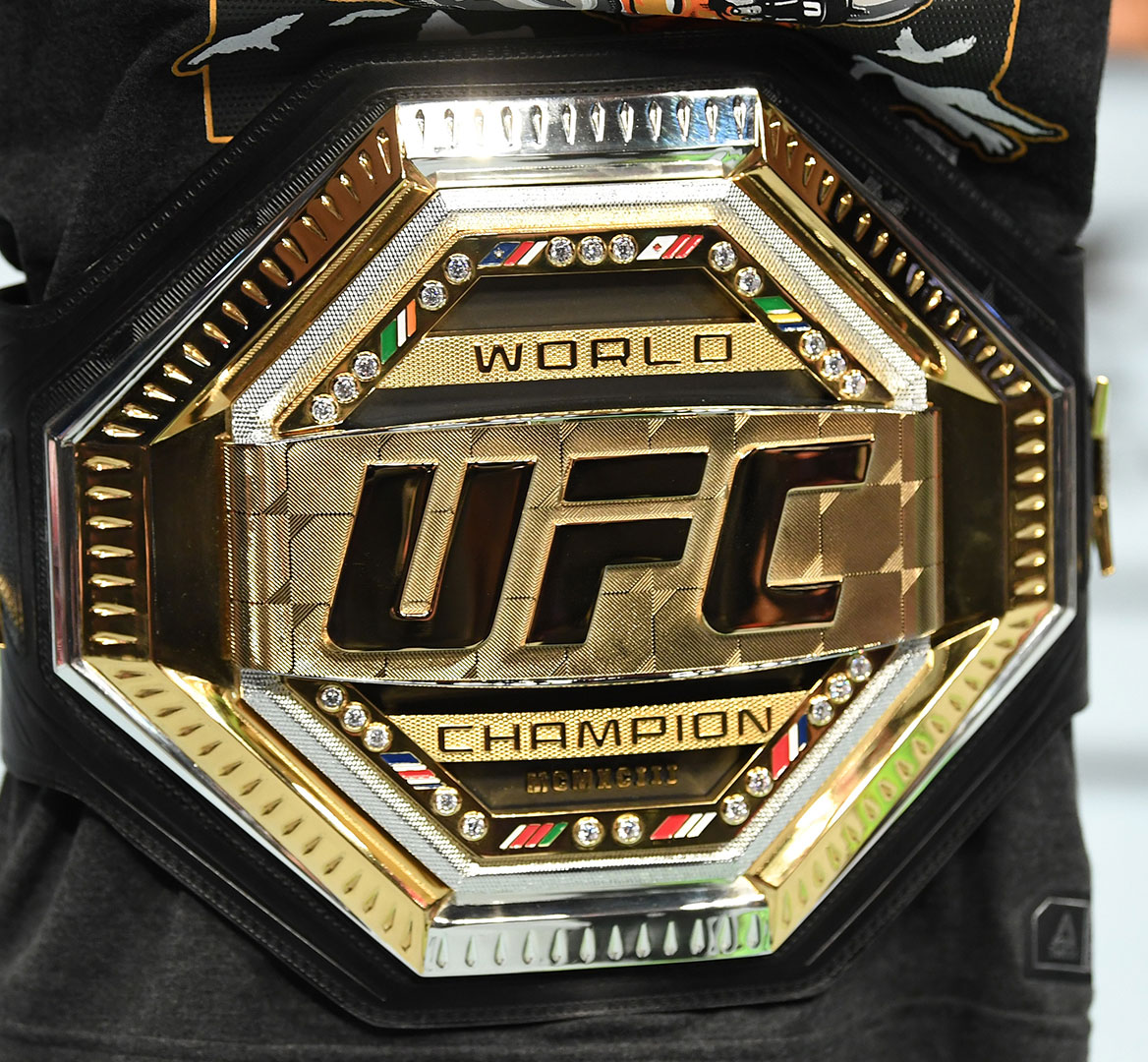 Now's a great time to take stock of the current champions in the UFC world. For new fans and those who may be unaware, here is a current list of UFC champions according to the official UFC rankings.

The standings are as follows: 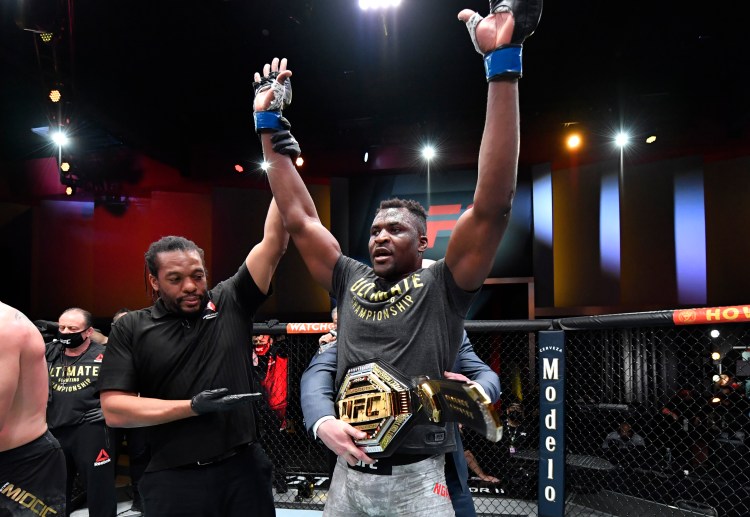 Francis Ngannou has one of the most remarkable journeys to the UFC. Growing up in Cameroon, he faced an incredible amount of adversity before getting to the UFC. He worked in sand mines, had multiple failed escapes to Europe, and did not start training in MMA until he was 25 years old. Now, he is the heavyweight champion of the world.

Ngannou defeated Stipe Miocic at UFC 260 via knockout in the second round. His power was and is widely known to be his most useful weapon, but in this fight he showed more. He put his takedown defense and kickboxing on display in a world-class performance. 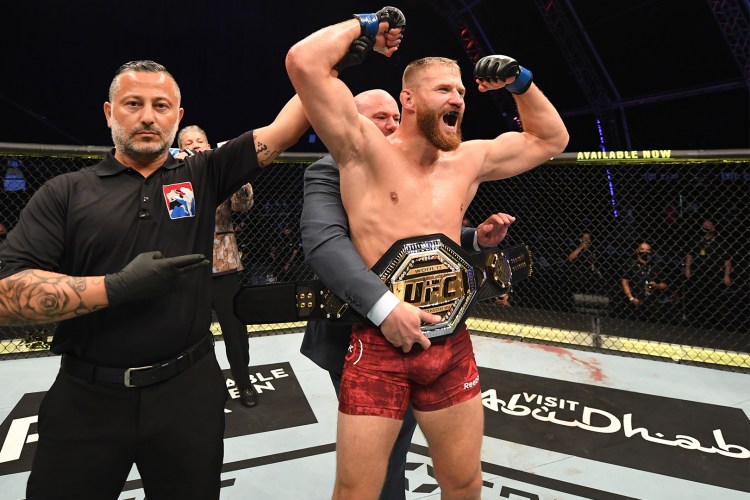 The Light Heavyweight title had been vacant since Jon Jones' contentious salary negotiations with the UFC saw him vacate the title on August 17th. Dominick Reyes and former KSW Light Heavyweight Champion Jan Błachowicz battled for the title in late September, with the Polish fighter ultimately coming out on top. Blachowicz joined the UFC in 2014 after a renowned 7-year career in the European KSW. 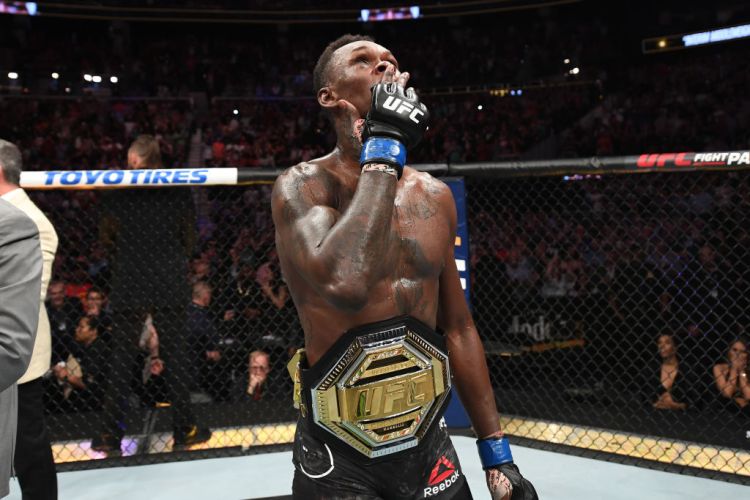 The “style bender” has only suffered one loss in MMA and in his short time in the sport, he was able to become the middleweight champion. His striking seems almost immediately adaptable to almost any opponent he has faced including the likes of Anderson Silva. He made his promotional debut with the UFC in 2018 and by 2019 he was the interim champ, and finally the undisputed champ when he beat Robert Whittaker at UFC 243 last fall. 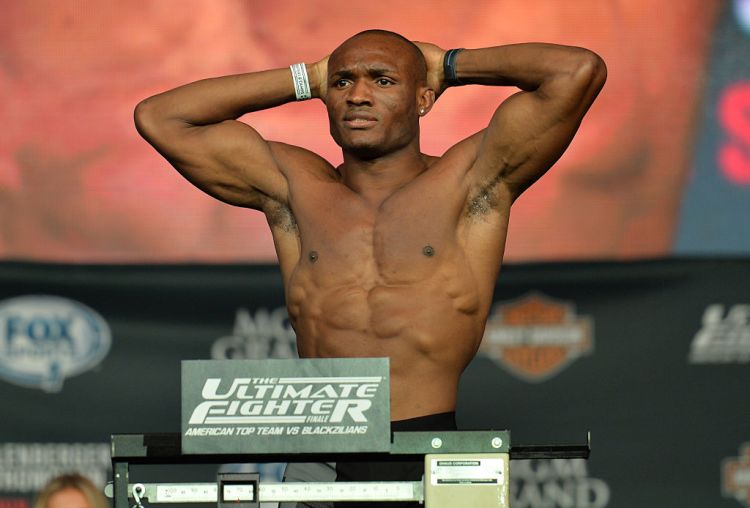 “The Nigerian Nightmare” has lived up to his name in the UFC’s welterweight division proving to be a difficult puzzle for many fighters competing at 170 pounds. The 32-year-old has either knocked out his opponents or ground out a victory and won by decision. His only loss was early in his MMA career in 2013 in his second pro-fight. Since he has proven to be one of the most well-rounded welterweights since the days of Georges St-Pierre. In his rematch against Jorge Masvidal, Usman delivered a showstopping knockout that shook the MMA world. 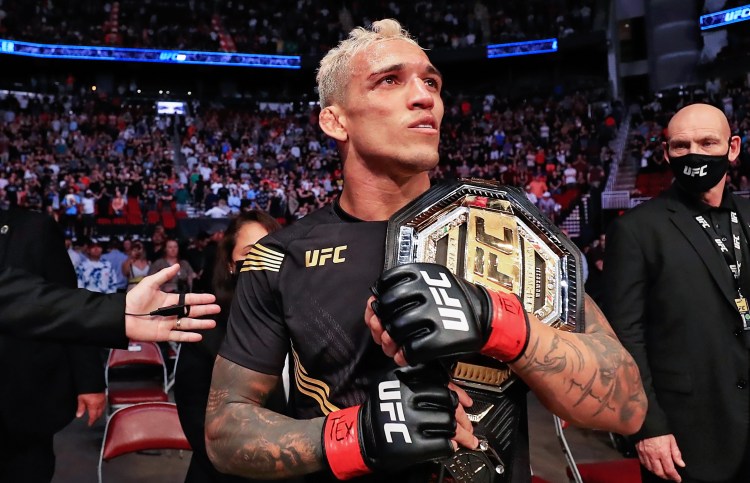 Oliveira has been fighting with the UFC since 2010, but this is his first title belt with the organization. Despite this, he holds numerous UFC records including most submission wins in the organization's history at 14, and for most finishes at 17. 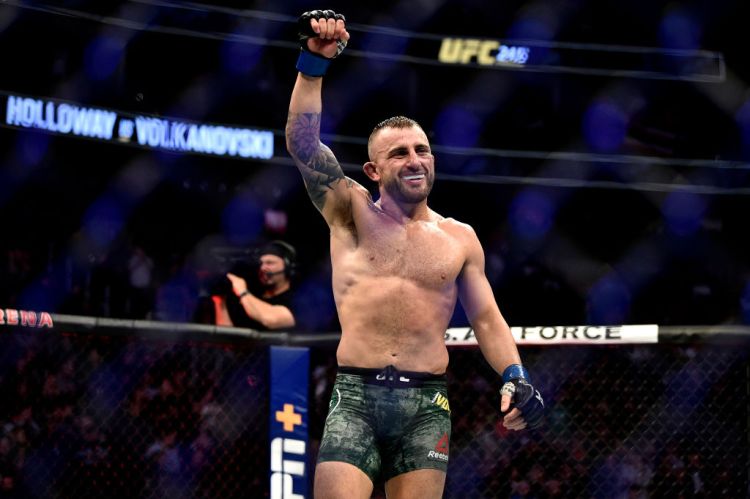 The rugby player turned mixed martial artist recently picked up UFC gold with a recent victory over Max Holloway at UFC 245. The two fought to a decision last year that had the judges award Volkanovski the win and the title but he feels he and Holloway need to go again to solidify his position as the new featherweight champion. 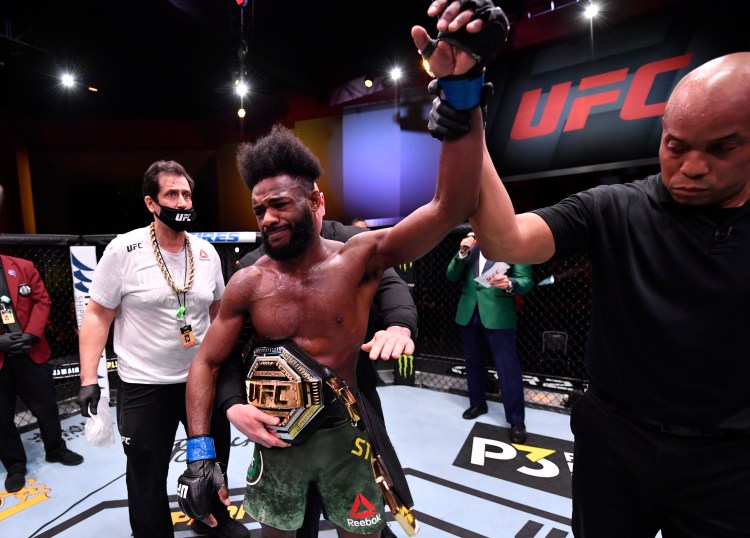 During UFC 259 Aljamain Sterling captured bantamweight in bizarre fashion. In the fourth round against Petr Yan, Sterling was hit by a textbook example of an illegal knee strike. Sterling was clearly injured and the referee declared it was a disqualification against Yan. Prior to the knee, Yan was winning on two of the three scorecards. All signs point towards these two fighting again in the near future. 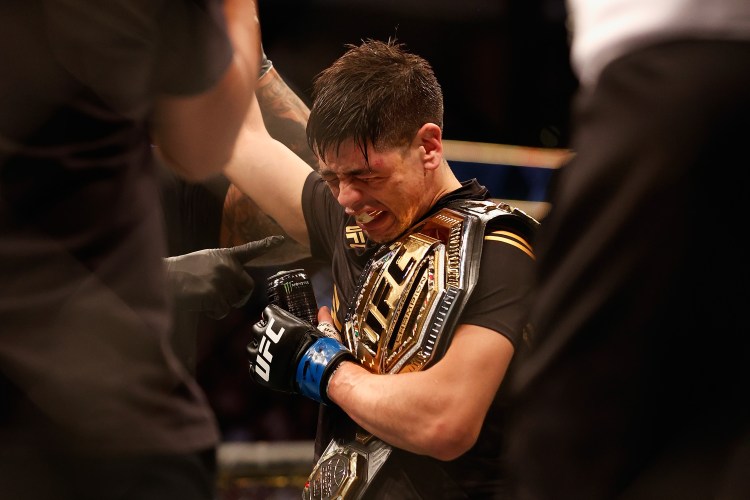 "Tijuana, you have a champion!"

When Brandon Moreno took on Deiveson Figueiredo for the second time, history was made. After a close first fight, that was a fight of the year candidate in 2020, Moreno separated himself from the former champ. With his dominant performance at UFC 263, Brandon Moreno became the first Mexican-born UFC champion. 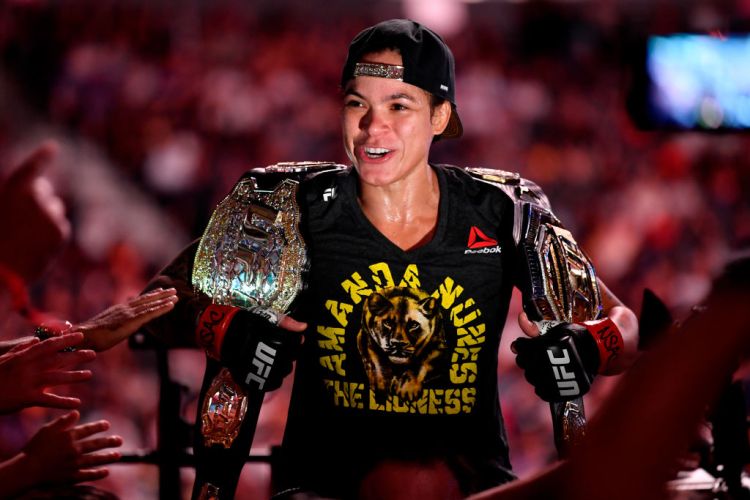 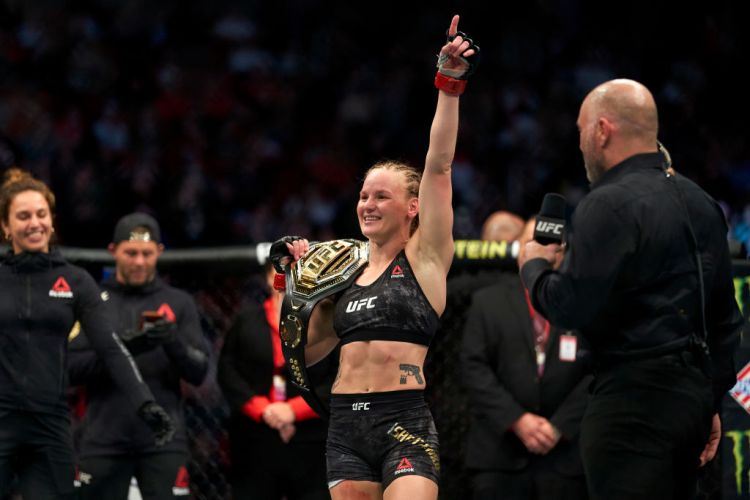 Shevchenko has been fighting professionally since 2003 and coming from the world of kickboxing has made her a force to be reckoned with. She won the vacant flyweight title in 2018 at UFC 231 and has successfully defended it five times with the most recent defense at UFC 261. 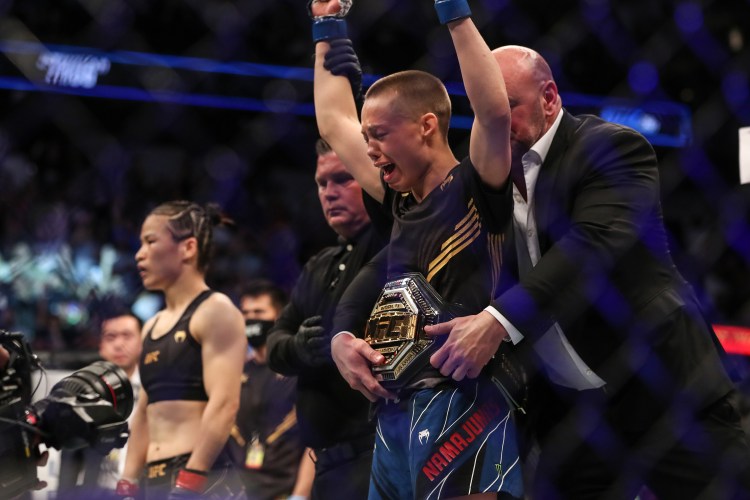 Namajunas won the strawweight title by knockout at Madison Square Garden at UFC 217. Eventually, she would lose the title and have to work her way back up to the top. At UFC 261, "Thug" Rose stunned the fight community by knocking out Weilli Zhang via head kick. On numerous occasions, Namajunas has performed at her best, in her biggest moments.