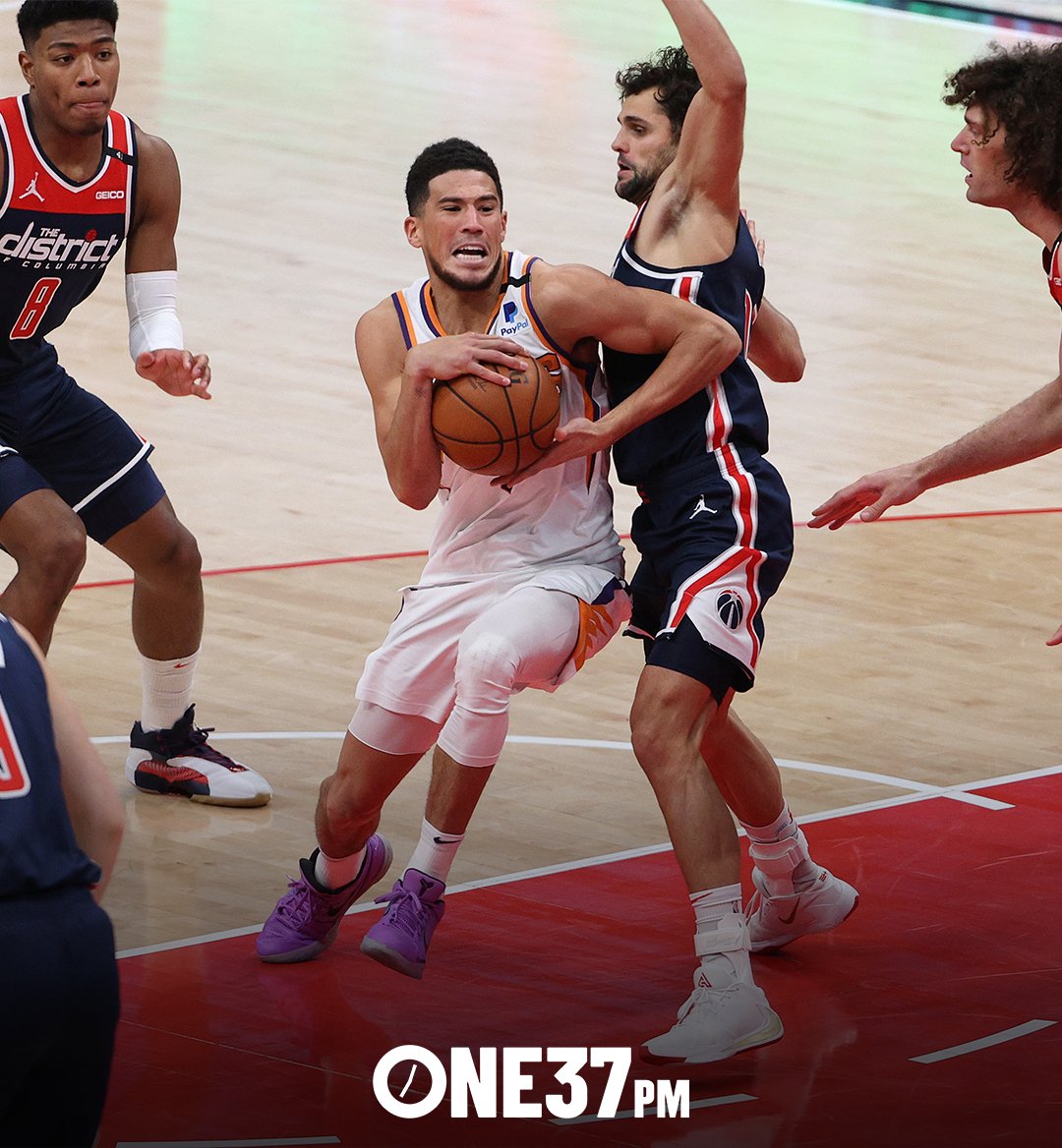 We are officially entering a new era in the NBA. The young kids are here and they are fearless; you can see it in their play. Ja Morant, Luka Doncic, Jayson Tatum, Jamal Murray, Donovan Mitchell, Trae Young, Michael Porter Jr., Zach LaVine, Devin Booker. They’re here and they’re about to take over the league. Devin Booker dropped a season-high 47 points as the Suns eliminated the defending champion Lakers with a 113-100 win in Game 6 last Thursday, handing LeBron James his first defeat in a first round series in 15 tries.

Booker’s performance impressed LeBron James, who signed a jersey and left this message for him.

Continue to be great... pic.twitter.com/NIPCrDVSao

LeBron tweeted in February that Booker is the most disrespected player in the NBA. It’s hard to disagree.

Devin Booker is the most disrespected player in our league!!! Simple as that.

Months after Kobe Bryant’s untimely death, ESPN’s Brian Windhorst said on The Jump that Booker and Bryant “were very, very close.” Devin Booker told Bleacher Report in August that Kobe Bryant serves as his inspiration: “Kobe’s with me every day. You guys see what I put on my shoes with the ‘Be Legendary.’ It’s a reminder,” he said. Booker faced off with Kobe Bryant only once, when the Suns beat the Lakers on March 23rd, 2016. After the game, Kobe reached out to then rookie and gave him his autographed shoes.

Kobe said about Booker: “He went straight to my move, first time, he called yeah not gonna beat me on my move man like you know but I mean it was great to see, it was obviously great to see him because I remember I did the same thing with MJ. He’s fantastic, he has the right attitude, he has a right competitive spirit, I think his footwork is extremely sound, his fundamentals are extremely sound and now it’s just about him figuring out exactly what his game is, then he can go to that every single night and then make counters off of it, but he has the skills, the skills are there.”

Devin Booker Was Different Since Day One

This game is about a bucket and over the last few years, it's hard to name 10 guys who have done it like Devin Booker. He has so many ways to get a shot off. He’s been different since day one and I already have him as a top 10 talent in the league. His style is advanced, polished, smooth, calm; he has a supreme skillset and he’s a legit three-level scorer.

Booker can dominate you and take a game over from beyond the arc, in the mid-range and his finishing ability is different. Just look at the way he finishes above defenders around the rim. His awareness is elite and he has Kobe Bryant-type skill and movement at times. You can tell that he learned a lot from him. I like his footwork, the way he operates on the low block back to the basket, he’s got floaters, he’s got runners, euros and so many acrobatic moves around the rim, reverse lay-ins from both sides of the floor, right hand, left hand, he can create with range, he can pull up from deep and in transition, play at multiple paces.

Devin Booker just has a great feel for taking a game over. Whether the Suns win or lose, if you look at his moments and performances, there are so many instances of him just taking over. He’s been different for a while, you can see all this from the moment he came in. He’s so clutch, he has so many ways to beat you and he plays with a chip on his shoulder while he making it look easy. I can see him in the All-NBA conversations and MVP races one day; these awards and achievements are all situational, they depend on where your team is and he hasn’t had a favorable situation until now.