A breakdown of the biggest contracts in the league. 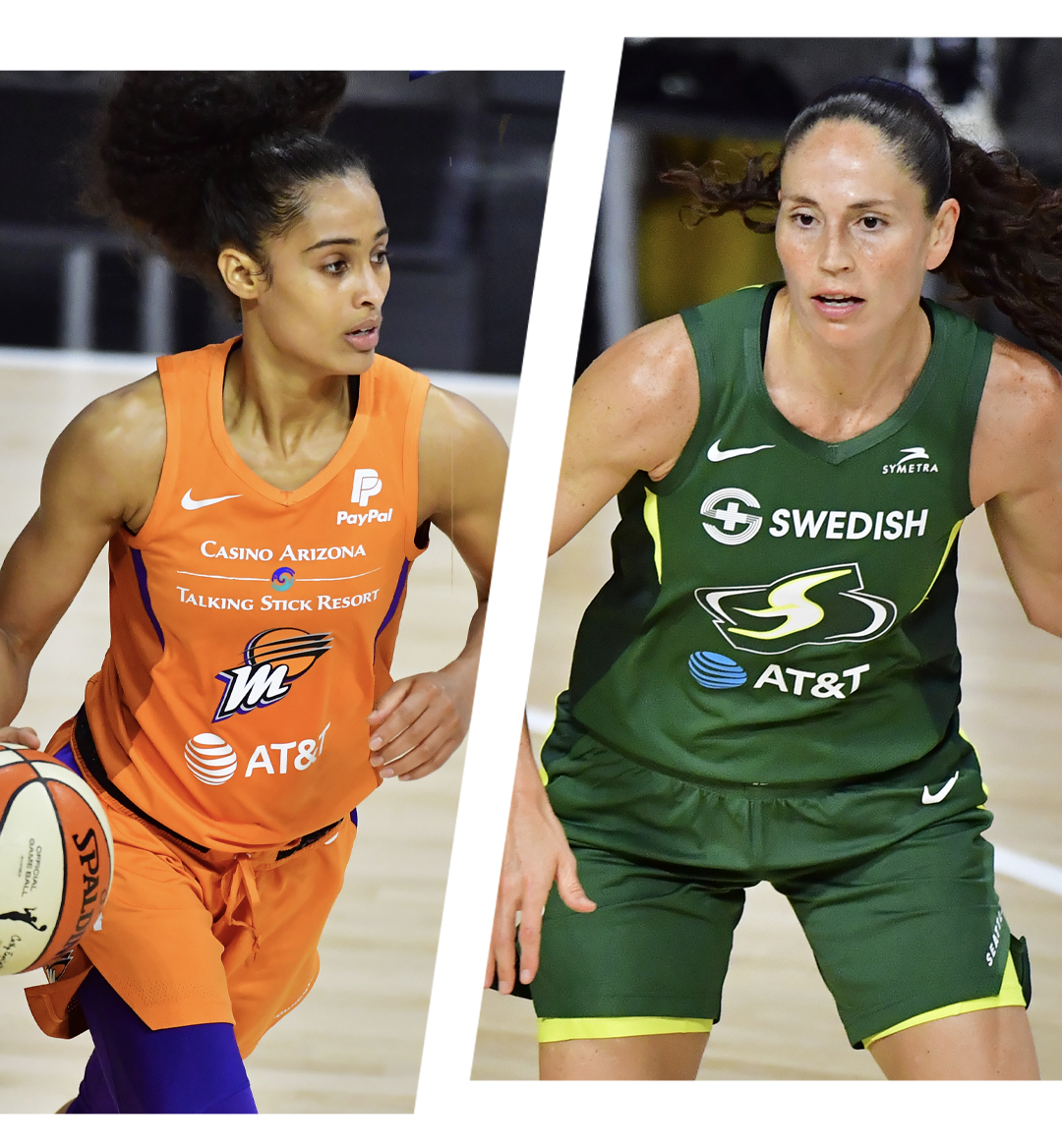 The groundbreaking collective bargaining agreement unveiled by the WNBPA, WNBA Board of  Governors, and WNBA Commissioner Cathy Engelbert in January 2020 boosted base salaries and continues to provide for extra earning opportunities for WNBA players. Max and supermax players now receive annual 3 percent salary bumps, and by 2027, the salary cap will have grown incrementally by nearly $300,000. 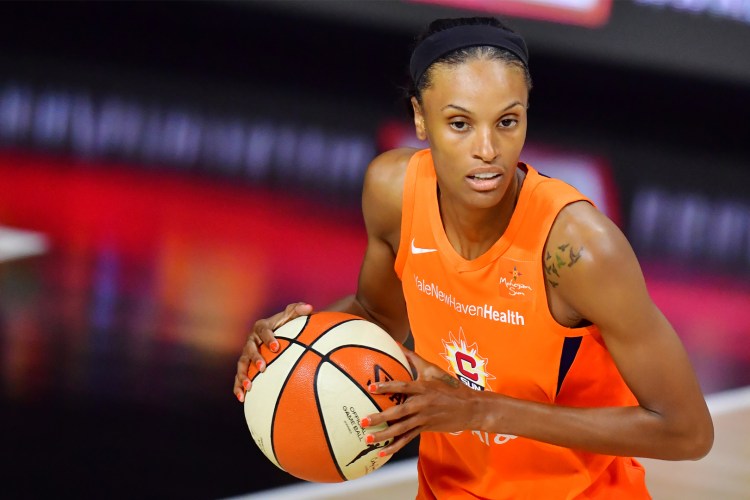 Former Mercury forward DeWanna Bonner was cored by the Mercury the league maximum of four times, so her pursuit of a new team was inevitable last year. In February 2020, Bonner was signed and traded to the Connecticut Sun, making her eligible for supermax earnings there. This season, Bonner will earn $221,450. In spite of the Sun’s underwhelming regular season in the  Wubble, Bonner enjoyed her best scoring output since 2012. This year, Bonner will have to both mitigate the loss of Alyssa Thomas to injury and offensively reorient herself alongside returning  2019 MVP candidate Jonquel Jones. 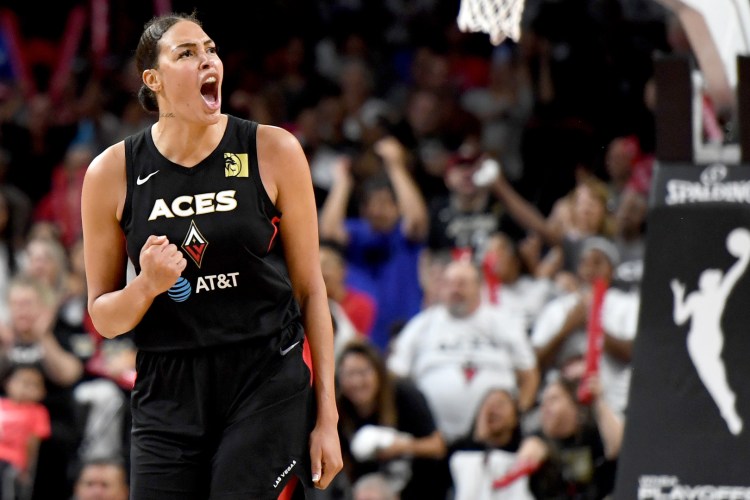 A handful of fan favorites opted out of the 2020 WNBA season, and their comebacks have us salivating. Liz Cambage, who was granted medical exemption last year, returns to the Las Vegas  Aces this May—and they’re already pinned as favorites for the 2021 league title. Alongside 2020  MVP A’ja Wilson, reigning Sixth Woman of the Year Dearica Hamby, acclaimed and otherworldly new teammates Chelsea Gray and Angel McCoughtry, and young phenoms Kelsey  Plum and Jackie Young, the Aces look to be fully unstoppable. Cambage re-signed with Vegas on a one-year deal this past March for the full supermax salary of $221,450. 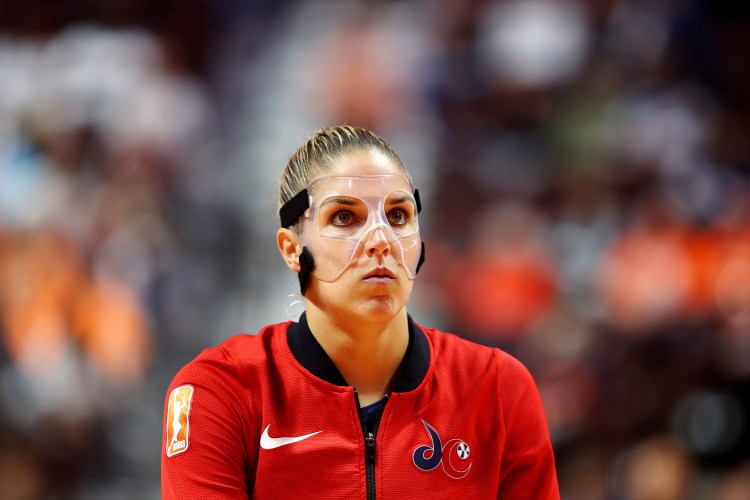 In the afterglow of a hard-fought championship, 2019 WNBA MVP Elena Delle Donne re-signed with the Washington Mystics in the 2020 offseason to a well-deserved supermax deal. In 2021,  Delle Donne will earn the updated supermax base salary of $221,450.

In light of the COVID-19 pandemic, Delle Donne, a longtime Lyme disease patient, elected to sit out the 2020 season due to her susceptibility to the virus. Her decision came in spite of a panel of league-appointed doctors who would not deem her “medically excused” from play in the WNBA  Bubble, which would have allowed the Mystics to withhold her 2020 salary. After Delle

Donne went public with her disgust at the situation, the Mystics backtracked and promised to pay her to stay home. Delle Donne’s highly anticipated return to competition has the W community on the edge of their seats—we’ll finally see her lace-up alongside Tina Charles, who also opted out of the 2020  season for medical reasons.

The Phoenix Mercury boast three supermax players—and yes, one of them, at long last, is Diana  Taurasi. To the confusion of CBA novices, eighth-year players Brittney Griner and Skylar  Diggins-Smith both out-earned teammate and resident GOAT Diana Taurasi in 2020 by nearly  $100,000. Through a sign-and-trade deal between Phoenix and Dallas (for whom she was a  designated core player), point guard Diggins-Smith was able to sign a four-year supermax  contract with the Mercury in February 2020. Meanwhile, center Griner re-signed with and was  cored by Phoenix, and was able to take advantage of the new supermax rules as well. To that  point, Taurasi’s most recent contract was negotiated under the previous CBA, leaving her  criminally underpaid. Taurasi was actually the fourth-highest earner on her team last year, and  took home nearly 35% less than sixth woman Bria Hartley did.

Diana Taurasi, now 38, signed a two-year supermax deal on February 1, 2021. In celebration,  Mercury GM Jim Pitman emphasized the obvious: “[Diana] is the heart of our franchise, the first face on our Mount Rushmore, the best winner and competitor in the women’s game. The  trajectory of our organization changed the day we drafted her 17 years ago, and we are excited  she will be here into the future.” The deal could be the last of Taurasi’s career, but we can feel relieved that she is reaping some of the benefits she’s worked to sow for the next generation. 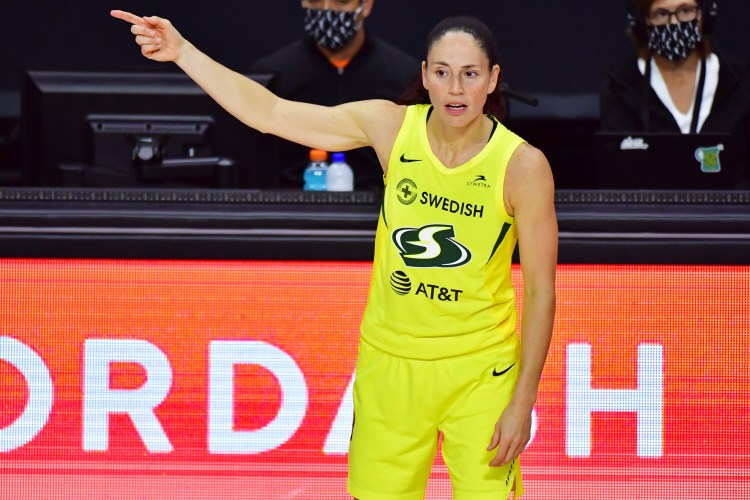 Point guard Sue Bird re-signed with the Seattle Storm in 2020, agreeing to a supermax contract that will see her bring home $221,450 in base earnings this summer. In the Wubble, Bird actually averaged a career-low in minutes played and points scored en route to her fourth league championship. Don’t let that fool you: the 40-year-old remains durable, competitive, and ready to fight for her fifth title. In light of the departures of Storm anchors Natasha Howard, Alysha  Clark, and Sami Whitcomb, Bird’s impending 20th season looks different, but not necessarily uncertain. After all, she does have this one teammate you may have heard of—Breanna Stewart,  anyone? 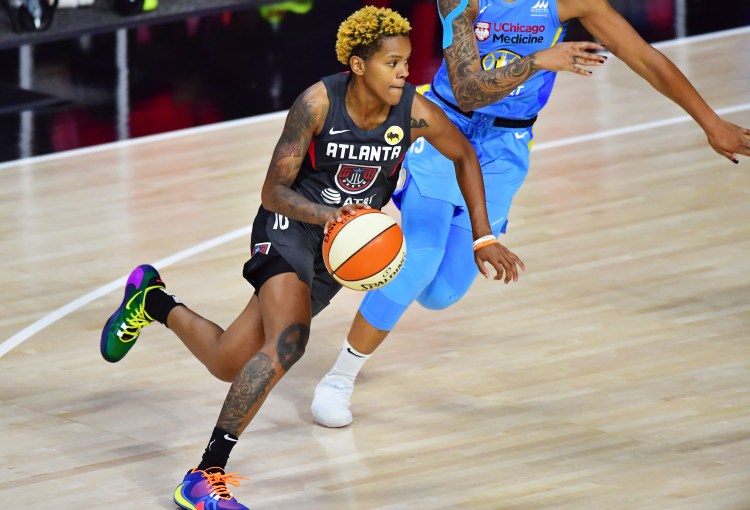 Courtney Williams ($190,550) is the highest-paid player for the Atlanta Dream for the second consecutive year; her joyfully compelling 2019 season with the Sun earned her a sparkling new max deal the following offseason.

Chicago’s highest-paid players happen to be married: Courtney Vandersloot ($200,000) and Allie Quigley ($194,000), cheekily known as the Vanderquigs, each signed new deals with the Sky earlier last year. In 2021, they’ll hit the floor with Chicago native Candace Parker, who stands as the third-highest earner on the team at $190,000—a curious pay cut for the new face of the franchise, and far less than what the future Hall of Famer truly deserves.

In Dallas, veteran Moriah Jefferson ($175,100) will be the top earner on a youthful Wings team set to be held down by its burgeoning superstars—Arike Ogunbowale ($58,710) and Satou  Sabally ($69,360) will have to wait until at least 2023 for the substantial pay rises they deserve.

Free-agent signings Jantel Lavender ($175,000) and Danielle Robinson ($155,000) take over as the top earners for the new-look Indiana Fever, following the departure of their perennial all-star  Candice Dupree.

The LA Sparks, who lost superstars Parker and Gray in the offseason, will pay Kristi Toliver and WNBPA President Nneka Ogwumike max salaries of $190,550 each this year.

Over in Minnesota, Kayla McBride and Aerial Powers—shocking Lynx acquisitions in a  whirlwind period of free agency—will each receive max salaries of $190,550, out-earning new teammate and former MVP Sylvia Fowles ($117,894).

The perpetually rebuilding New York Liberty traded for the three-time champ and 2019 Defensive Player of the Year Natasha Howard, whom they will reward with $215,000 this year; the Libs also scored 2020 Wubble breakthrough star Betnijah Laney in free agency, and she, in turn, will take home a max salary of $190,550. In February 2020, Sue Bird told Howard Megdal, “money has really never been the motivator in  the WNBA.” In equal parts, Bird enlightens the privilege of having a spot in such an incredibly competitive league and points out that the CBA’s new salary structure marks a historic turning point for the WNBA.