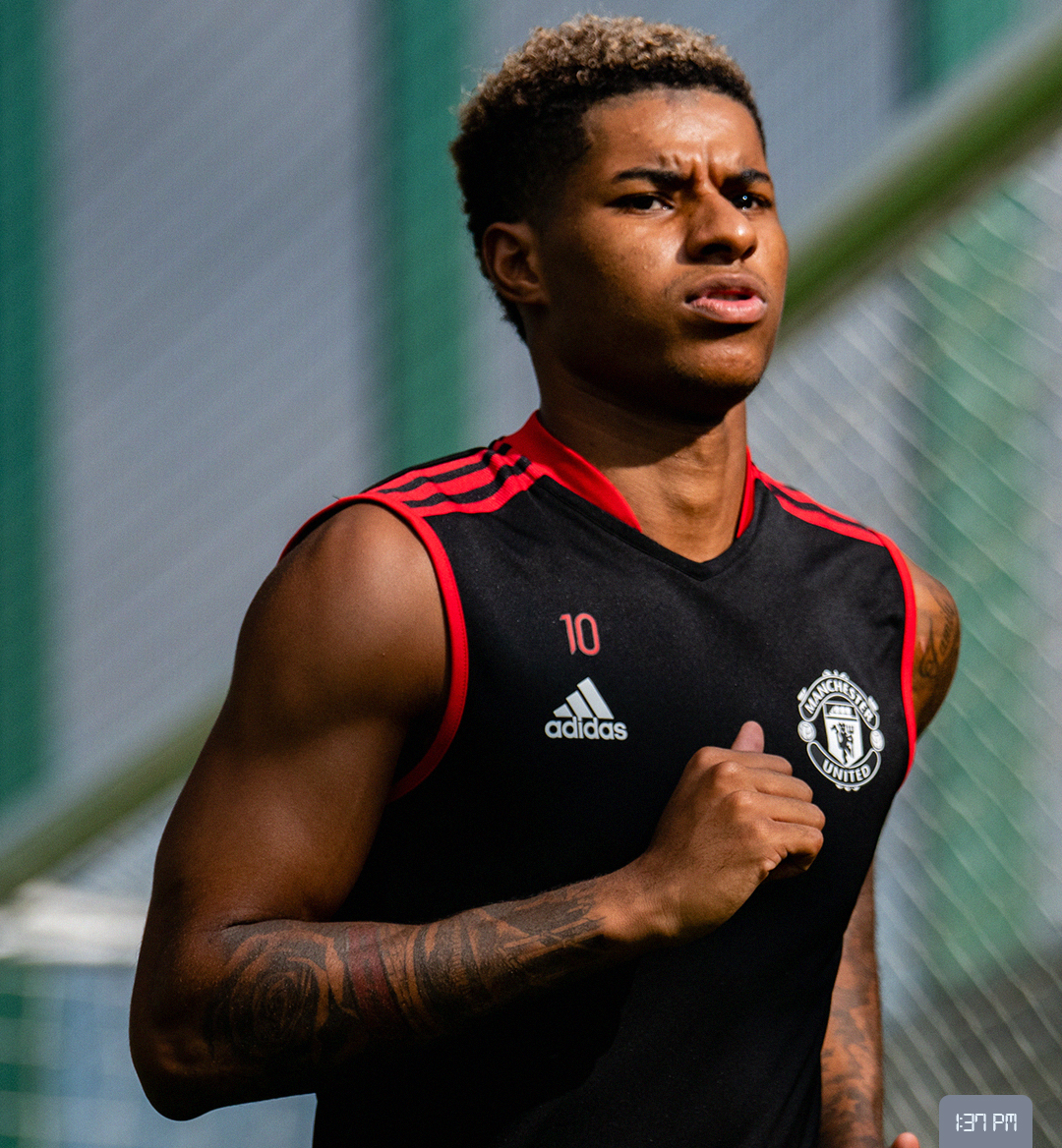 Manchester United have a critical stretch of matches coming up against tough opponents that include Atalanta, Liverpool, Tottenham, Manchester City, Chelsea and Arsenal.

The good news for United is that forward Marcus Rashford, a cornerstone of the club’s recent resurgence into a formidable team, is returning from injury.

While Rashford has been recovering from shoulder surgery since early August, he admitted that the previous season took a toll on not only his body, but his mind. It's no secret that the schedules European clubs involved in multiple competitions over the course of a year are brutal and the football world has been increasingly cognizant of the intersection between physical health and mental health. Rashford has acutely felt this toll, playing nearly 3,000 minutes for United last season while nursing nagging injuries and then joining an England team that made it all the way to the finals over the summer.

After a three-month sabbatical, Rashford seems both physically and mentally ready to go. The question now: how should Manchester United line-up this weekend against Leicester City with Rashy back in the mix?

Here are two likely options that the manager will run with.

Manchester United manager Ole Gunnar Solskjaer loves a 4-2-3-1 look, which grants him the luxury of playing two defensive midfielders behind his four creative attacking options. Although Rashford is comfortable at any spot along the front line, he’s been most productive playing on the left wing; last season, Rashford appeared in 31 matches playing on the left wing, while tallying 11 of his 21 goals and 8 of his 15 assists from that role. In Rashford’s absence, though, Paul Pogba proved to be adept in creating from this space as well, so Man U may use Rashford as a substitute while he eases back into the lineup. On the right side, Mason Greenwood should be given the nod over Jadon Sancho; Greenwood has proven to be more effective in that role so far and would give the team the best chance to score.

In this formation, here’s how Man U would line-up on Saturday vs Leicester City. 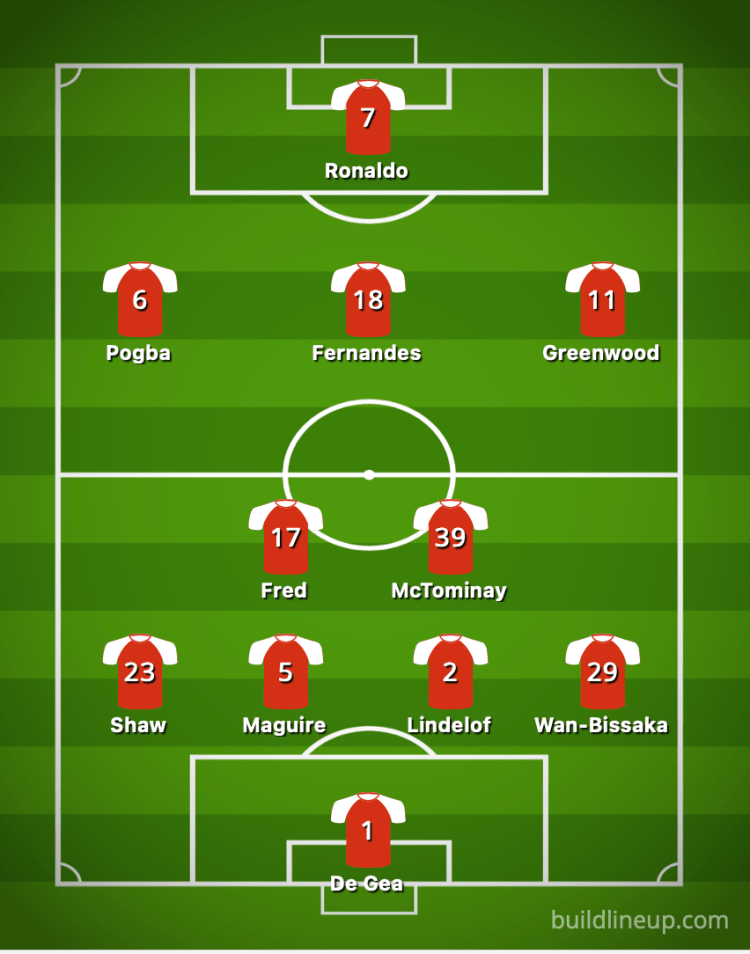 Having conceded six goals over their last three matches to mediocre offensive outfits like Burnley, Crystal Palace and Brighton, Leicester City lacks the personnel or tactical discipline to handle a potent Man U attack. As such, Man U could look to play aggressively and push for goals against a suddenly leaky Leicester City defense.

Despite his run of good form on the left wing, Pogba should slide back into the midfield in this formation. In a 4-2-3-1, Bruno Fernandes plays as a false striker, protected by the defensive double pivot of Fred and Scott McTominay. Accordingly, in this set up, Pogba has the freedom to cut in from the left and pick out passes to runners in the attacking third. In a 4-3-3, not only would Bruno have to play as a more traditional midfielder, but the manager should only play one of Fred, Scott McTominay or Nemaja Matic in this look.  As a result, Martial, a traditional forward who can create more chances for himself, could slide into a starting role on the left, especially since he scored in United’s last match against Everton. Pogba would slide back into the midfield to play alongside Fernandes, who would both have license attack. Then, either Fred, McTominay, or Nemanja Matic, would play behind those two players. 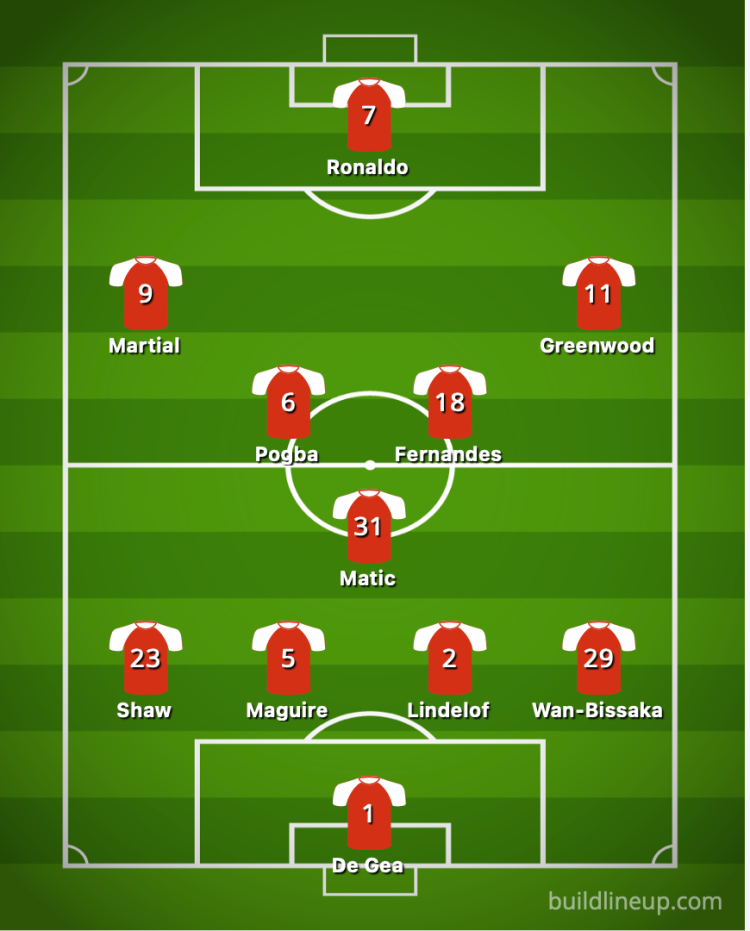 Even if a 4-3-3 undercuts some of Man U’s defensive stability, it’s the best option to fit as much offensive firepower onto the field as possible. Namely, it would allow Anthony Martial, a traditional forward who is more prone at scoring goals than Pogba, to start on the left wing. Having notched the lone goal against Everton in United’s last match, Martial deserves the starting nod. In this sense, United should line up in a 4-3-3 formation this weekend and ride the Frenchman's momentum and go for goals against a team that offers plenty of such.