How Short Shorts Made a Dramatic Comeback in the NBA

Many prominent players have embraced the look—but why? 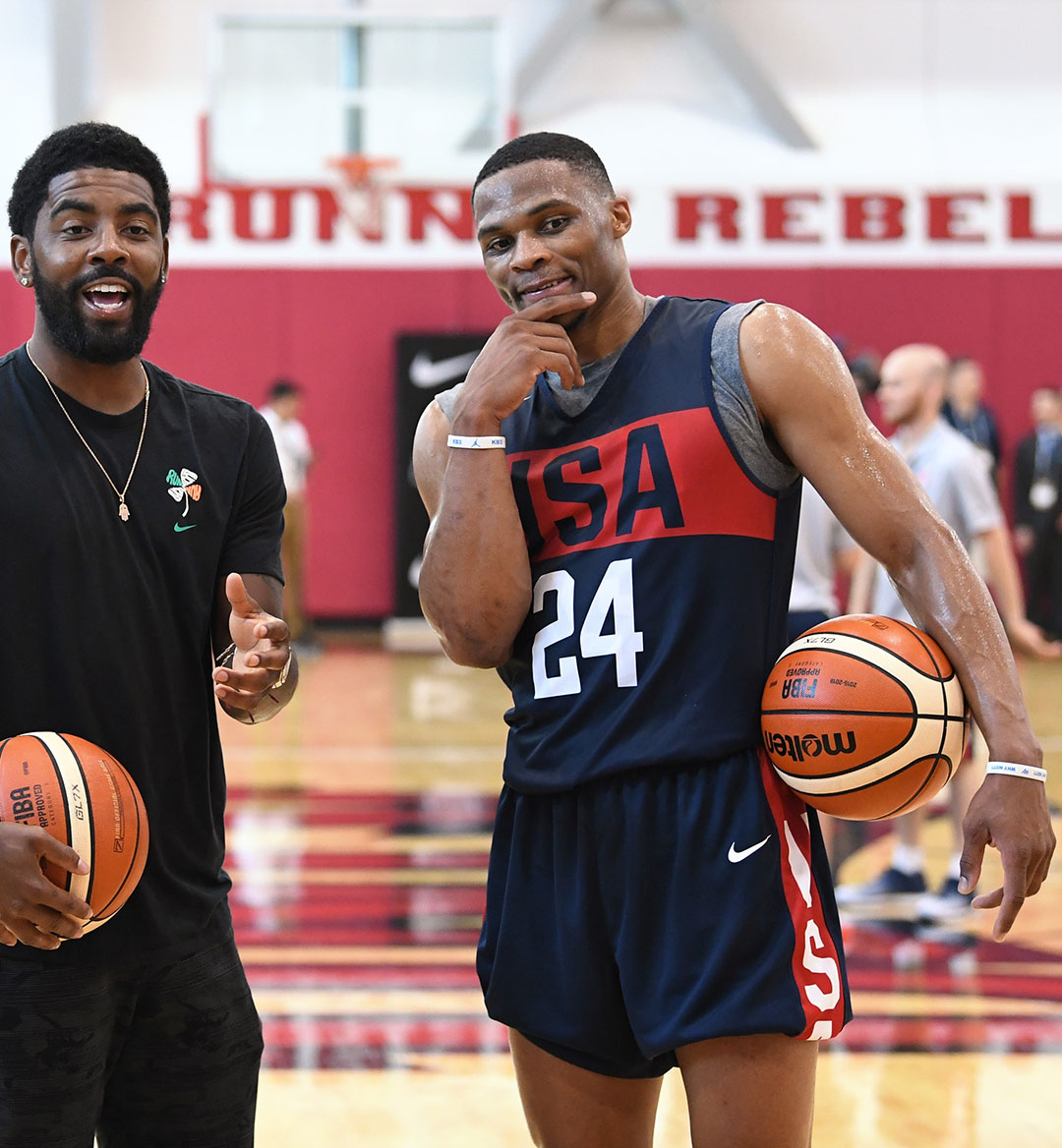 As the NBA preseason lifts off and all of the usual prognosticators pluck away at their predictions for the regular season, here’s an indisputable fact about the forthcoming regular slate: The players’ shorts are getting shorter. Before we begin our investigation, I present an important visual aid, captured at Lakers media day:

Over the past few years, the movement toward shorter shorts has gained undeniable momentum. One might even argue it’s taking over basketball. As recently as last year, The New York Times wrote about the phenomenon at the college basketball level, in particular as it was repped by the smooth and cool Michigan guard Jordan Poole; “It’s a little bit of look and a little bit of comfort,” Poole said. “I feel more free.” At a program like Michigan—whose Fab 5 popularized the baggy basketball shorts look in the first place—Poole’s embrace of shorter shorts took on a symbolic importance, capturing an energy floating around the sport.

(An important thing to note: Poole’s shorts do not appear to be tailored to any kind of specification, like a professional sports uniform might be. Rather, Poole is taking a regular team issue pair of shorts in his size and rolling up the waistband two or three times, a self-styled look in itself).

Around the same time as the Times investigation last year, hyper-short shorts began to surface at the NBA level. LeBron basically wore bike shorts at a Cavs practice in 2017. Russell Westbrook popped nude thigh at a USA Basketball practice over the summer. While this feels like two stars playing at the perimeter, because they can—and just another great iteration of Russ being Russ—the phenomenon seems to be infiltrating equipment rooms around the NBA.

The "great shortening" has roots even further back. In 2015, LeBron decided to go with a more tapered, less baggy in-game look to appear more professional. This act dovetailed with the general menswear movement toward tailoring and slim fit apparel and a rejection of ill-fitting clothes. While this was a showcase of LeBron’s deft ability to give something as maligned as the NBA dress code a positive spin, it also tapped into a cultural convergence.

Mainstream fashion is as intertwined with the NBA as ever, as players like Russell Westbrook and Wizards forward Kelly Oubre Jr. have as much credibility in the style press as they do on the court. So the short shorts, above all else, represent that connection coming full circle; if you browse Nike's basketball shorts selection, you’ll notice that there are many items come with 8 or 9-inch inseams, far shorter than the 11 to 13-inch range the line has usually resided in, with smaller thigh openings. One of the more coveted NBA-adjacent streetwear pieces is Don C’s modded NBA short collection with Mitchell&Ness; the in-seam on these pieces is 8.5 inches.

Baggy is back in for casual couture, so it could swing back the other way in the near future, although I would guess we are about three to four years away from that. Some prominent designs in college at the moment feature hyper-form-fitting tops and baggy bottoms, so there’s still plenty of attention being paid to that kind of silhouette, but not enough to merit the entire blow-by-blow.

However, the point remains: short basketball shorts are here for the imminent future; roll up accordingly.