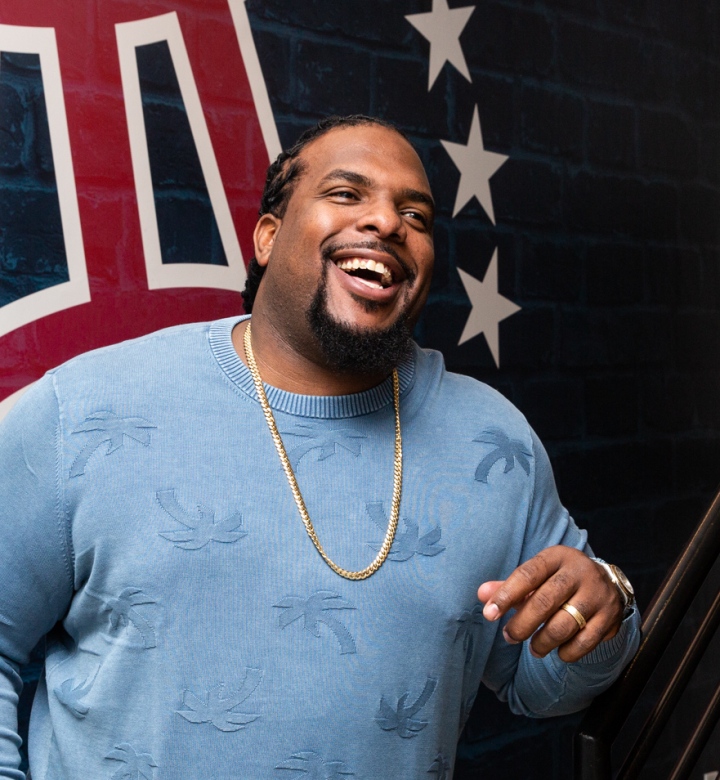 Willie Colon is a native of the Bronx in New York City who had a successful NFL career as one of the league’s best offensive tackles for teams like the New York Jets and the Pittsburgh Steelers throughout a nine-year career. New York City is not known as a football hotbed—basketball was king during Colon’s upbringing—he only started playing football at 14 but earned a scholarship to Hofstra University on Long Island. That experience gave Colon an interesting perspective on the world of football, something he’s utilized in his second career as a podcaster and radio personality. 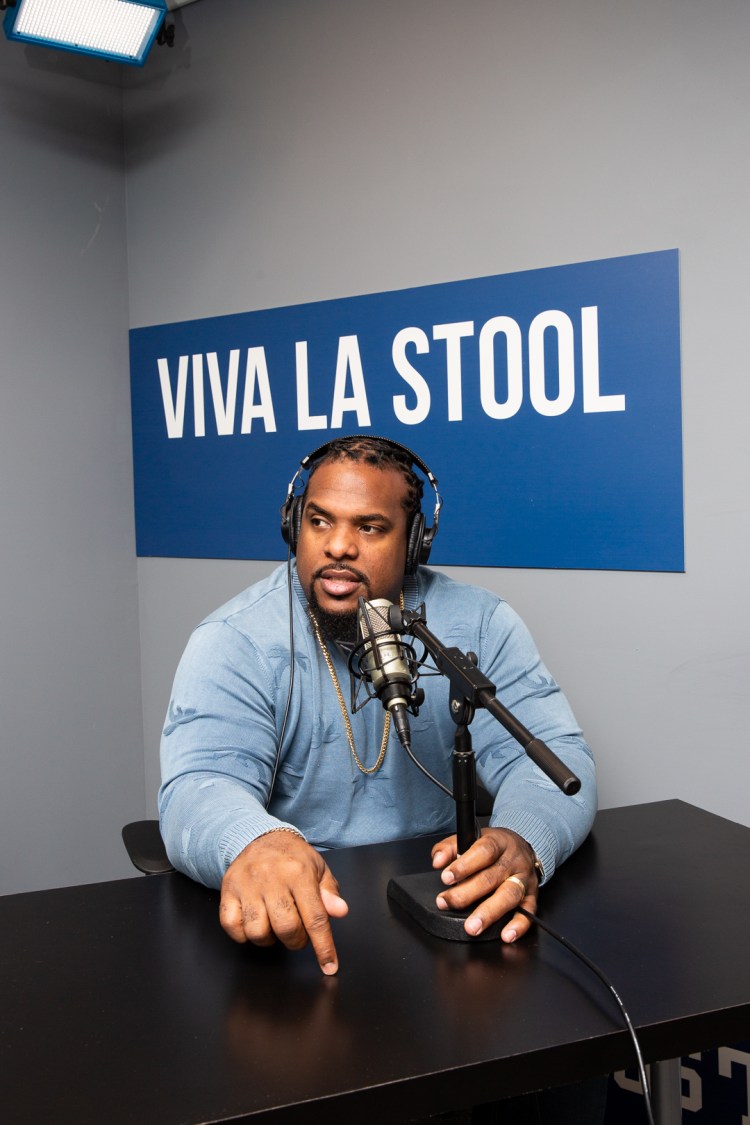 A fourth-round draft pick, Colon became a household name in an elite offensive linemen core that was apart of the Super Bowl XLIII-winning Pittsburgh Steelers—defeating the Larry Fitzgerald-led Arizona Cardinals, 27-23. In retirement, Colon continues to show his passion for football on the podcast side as the co-host of Barstool Sports’ Surf & Turf podcast, where Colon and co-host Steven Cheah brings some in-your-face NFL coverage as well as document interesting stories from players that you will not hear from anybody else. Past guests include Super Bowl champion Chris Canty, Chris Long, Ike Taylor, and ESPN football analyst Ryan Clark. Colon also appears on Barstool Breakfast, the flagship morning show for the broadcasting company. The hit show has made Colon a personality on the rise.

Colon took time out of his busy day to talk football and his career’s biggest successes with ONE37pm.

ONE37pm: The NBA is king in NYC, especially when you were growing up. How did you find football?

Willie Colon: My motivation started with Lawrence Taylor. I was a big Giant fan and LT represented this freedom that I was addicted to. Coming from the Bronx, you have to always watch your back. There's always this eeriness that, at any moment, you may have to throw down. I was born in 1983, so I grew up in the crack epidemic when it was big in New York. And I grew up in a very tough neighborhood. So watching Lawrence Taylor made me realized that he seemed fearless and people were afraid of him.

I was a kid who grew up with a mom who was scared of everything, but I grew up with a Hispanic father. My dad's Puerto Rican, and he was afraid of nothing. So it was a balance of personalities that I was always fighting and growing up because, you know, I don't want to get in a fight. I don't want this to come back and hurt me. But my dad always raised me to be fearless. LT played like that—it was evident that he kind of lived that life too. LT was God to me, man. And then that it was important for me to somehow channel that fearlessness and aggression onto something different. He's my motivation as far as jumping on the field. I just related to the anger, which he played with. 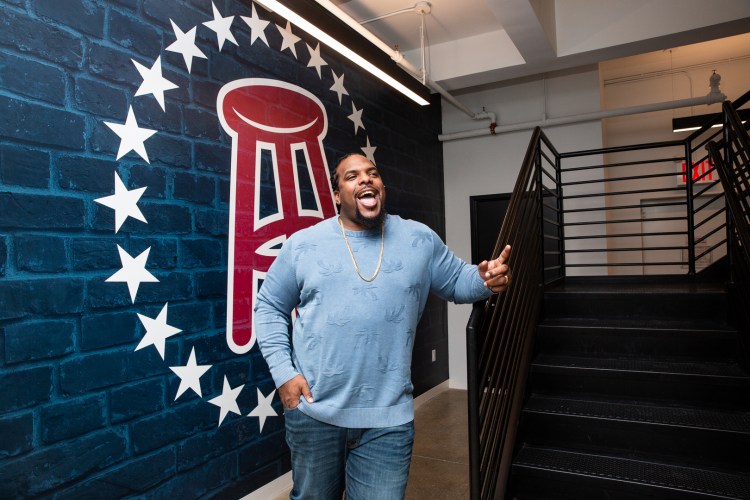 LT was a legend on the field, but off the field, his life was derailed by substance abuse issues. What is your take on the NFL looking out for players’ health after their playing days are done?

Colon: When I was playing, I struggled with sleeping well. It was just from being “worked up” or just from thinking and prepping during the week knowing you got a big game. I played with the Steelers when our rivals were the Baltimore Ravens and it was a heated, love-lost rivalry.

I had anxiety throughout the week with the build-up. I would have choppy sleep; it wasn’t for a buildup of a game, it would be because of the pain I would suffer from going through surgeries.

I was a guy who suffered a lot of injuries, and who had a cousin who suffered from stomach cancer. I know what opioids do to people and what it does to your insides. Every time I was underneath the knife and came out, they would hand me some Percocet, Vicodin and Oxycontin. I would dump it right down the toilet, just from fear of being addicted. So I would use marijuana. For me, it wasn't because I had anxiety. It was more so because I just wanted the pain to stop and to help me sleep so I can get through the grueling schedules leading up to those big games. 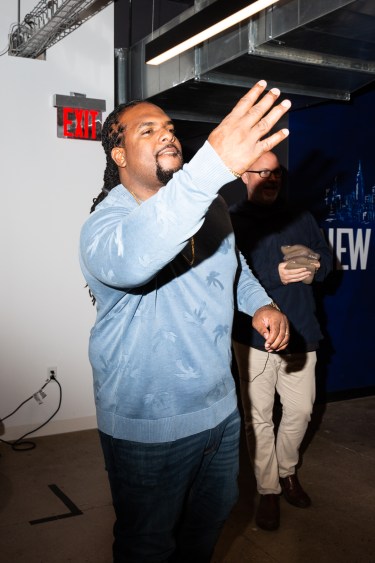 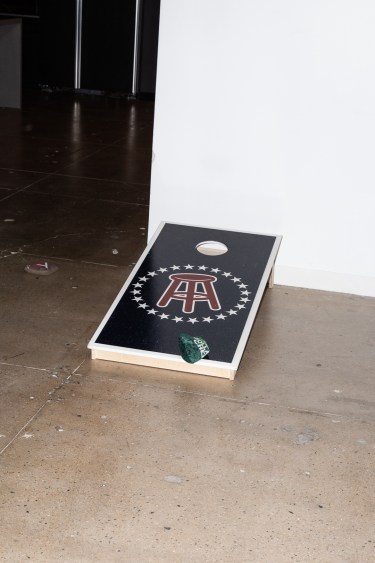 Why do you think football hasn’t lost its popularity?

Colon: It starts with college. College football was pretty much a free minor league system for the NFL, rightfully so. The owners don't have to move. But if you look at what the G League does for the NBA players as far as you know prepping and giving players the opportunity to gain the exposure needed, then that’s what’s giving fans excitement to discover a new talent they never heard before because there's a lot of good guys.

First of all, we gotta understand a lot of guys don't play Pop Warner. I didn't play football until I was 14 years old. Coming from the Bronx, I grew up a basketball kid, so I played basketball and baseball, but mostly basketball. There's not a lot of places to play football in the Bronx, so I didn't play until I was 14 years old. If you want to be better from a production standpoint, have a minor league, start getting guys in mind, at least, and let them develop and you can expand from there and then put them on.

Let's say if you play for Green Bay, Green Bay should have a minor league team. Now understand from an owner standpoint, that means more insurance, more payout, etc. To expand the game, it has to start here at home. There are more guys that need more opportunity, to help themselves out. Anything will help the NFL out. Because every week there is a player experiencing season- and career-ending injuries. So imagine if you had a guy in the farm system that's ready to go, who knows the system, knows the culture, knows the city. Now it's a plug-and-play guy. Now it's a better product on the field. So before we expand out there, there's a lot of things we've got to take care of here. 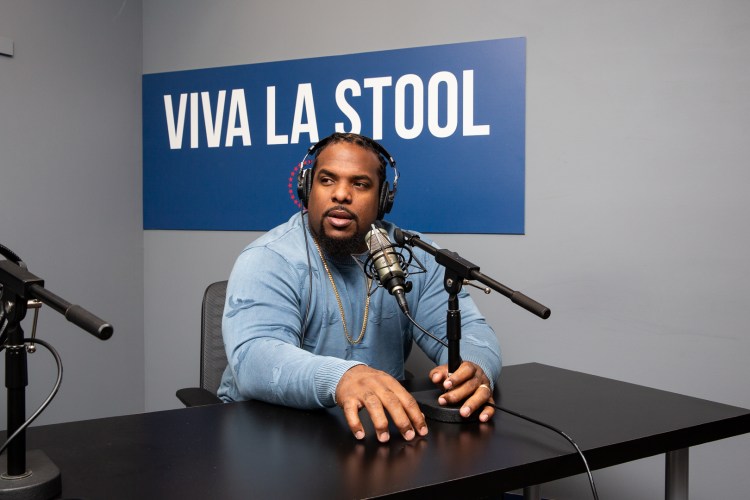 Gives us your Super Bowl predictions. Who will be going to Miami in 2020?

What’s your one bold hot take?

Colon: I think you are going to see the Colts in the AFC Championship Game. I got faith in that team. Don’t be surprised if you see this squad go deep into the playoffs.

What were your favorite moments playing for a Super Bowl-winning team like the Steelers?

Colon: My favorite moment was probably the game before the Super Bowl really because we had played Baltimore three times that year. It was like life or death. I can remember going to the AFC Championship absolutely emotionally and physically exhausted before the game. Both teams were just so exhausted ‘cause we have played them twice in the regular season.

When we played them the second time, it was to become divisional champions. So after, we wash San Diego and have to face a pissed-off Baltimore team because they lost to us twice. It took a lot for me to prepare for. Being able to beat Baltimore the third time and you're talking about going up against legendary players like Ed Reed, Ray Lewis, Bart Scott. The most ferocious defense you could play against and to beat them for the third time was insane. That was my Super Bowl.

If you could describe your legacy and your career by comparing it to one song, what would it be and why?

“Who Shot Ya?” by Biggie Smalls. If I had to pick a number two is probably Jay-Z’s “Regrets.” There are some things I'm like, that grittiness, that toughness is all, you know.

Both songs they're about having a mindset to go kill at will. While on the other hand, you can learn and pick up some gems being dropped perfectly from perseverance and being able to be a light for somebody else.