Who the Hell Is Ja Morant?

And could he *actually* be the No. 1 overall pick in this year's NBA draft? 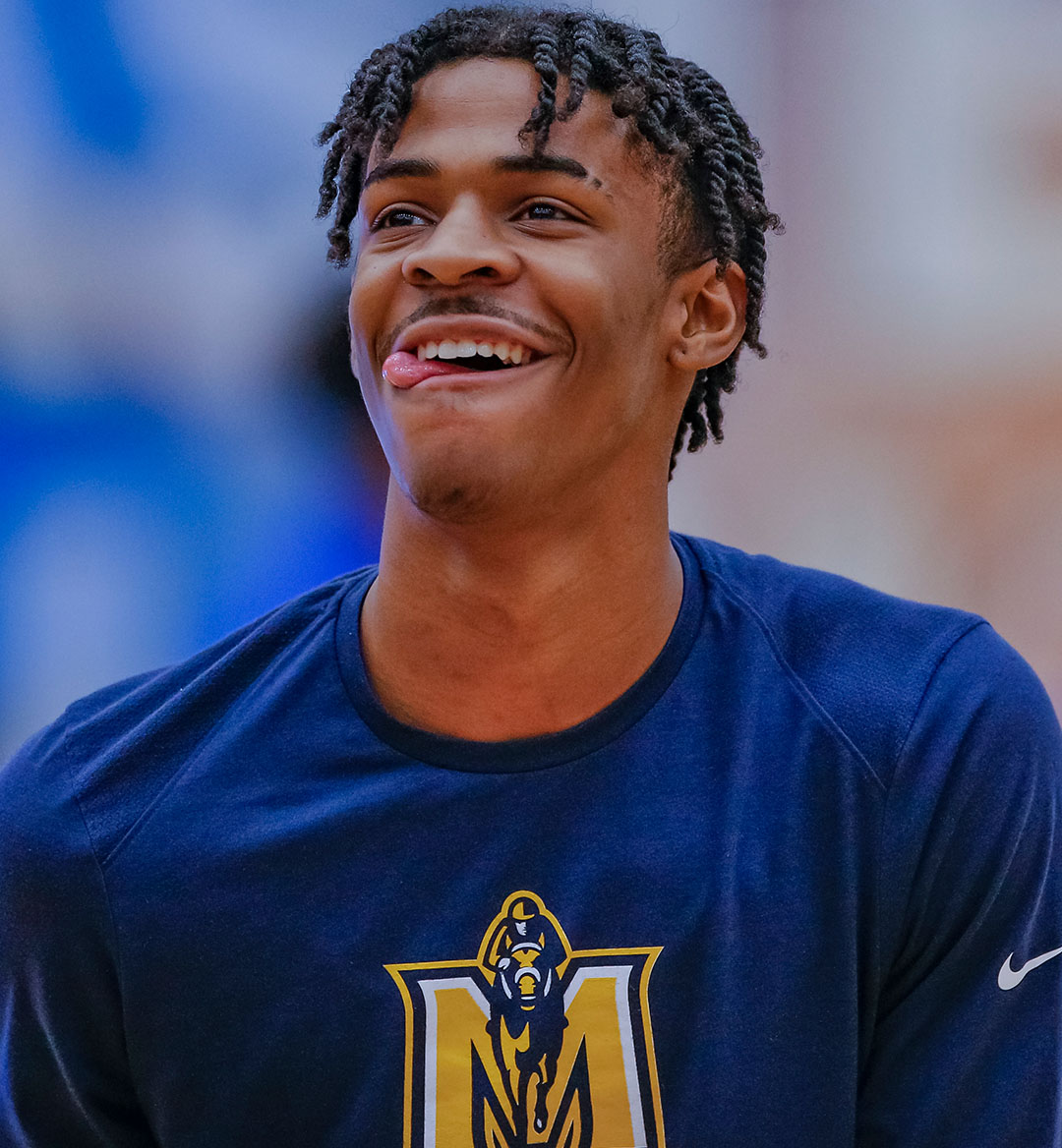 In the current basketball internet landscape, there’s little incentive for an NBA fan with no allegiance to any particular program to check out a college basketball game. You don’t have to know anything about Duke to follow prospective first overall NBA draft pick Zion Williamson’s every move. His young career has been documented so thoroughly by the NBA draft industrial content complex that if you were watching a game just to follow his exploits, it would be a waste of time.

All you have to do is wait until the game clock expires and you’ll see every kind of breakdown possible—video, stat tracking, House of Highlights—wherever you might like to find it. This makes the sudden rise of Murray State sophomore Ja Morant, a high-flying guard who is generating a lot of buzz, that much more remarkable.

But first off, who the hell is Ja Morant?

The story of how Ja Morant—who leads the NCAA in assists per game (by a lot)—got to a mid-major school like Murray State is the stuff of legend. According to Murray State assistant coach James Kane, he was attending a high school hoops tournament in Spartanburg, South Carolina (coincidentally, Williamson’shometown). Kane was hungry, so he left the tournament’s main action to search for a snack. On that trek, he happened upon a random 3-on-3 game in a side gymnasium, a pickup run that featured Ja Morant, a teen from Dalzell, South Carolina, just wailing on everyone. Kane immediately called Murray State head coach Matt McMahon. They recruited Morant, signed him and just sort of hoped no one else would notice before the recruiting window closed. The plan worked, and the rest is history.

Now, after a dazzling season at Murray State, Morant is reliably ranked right after Williamson on most reputable draft boards, including the NBA scout-appointed, aesthetically ancient draft board NBADraft.net. (NBADraft.net, please never change your layout. You are one of the few constants in a dark, turbulent time.) While most pundits (rightfully) have reservations about whether Morant will be picked before Williamson, his rise has certainly set up a compelling counter-narrative. Williamson has been a known entity on Instagram since his ferocious dunking started, and Morant didn’t even have a social media account (or at least one we know about) until recently.

While Morant won’t pass Williamson, barring some unforeseen development, his rise represents a couple of intriguing basketball trends happening right now. For one, the NBA is no longer enthralled by the “One year in college and I’m out!” pathway to the pros. After all, the NBA’s best player of the past five years is a former three-year player at Davidson. Morant was not ranked by any major recruiting service before signing with Murray State. While the top of the rankings will likely still hold sway in the short term, anything outside of the top five might end up being meaningless. This is partly due to the power of the three-pointer, basketball’s great equalizer.

Also, Morant’s rise is yet another success story for smaller guards. While Morant is 6-foot-3—four inches shorter than Williamson—they stand on relatively equal footing as playmakers. Arguably, Morant’s jumper is less of a liability than Williamson’s. In the pace-and-space NBA, Morant could find success in the pro circuit quickly despite the fact that he didn’t attend a power program and isn’t coached by one of the NBA’s traditional gatekeepers.

As a college basketball fan in 2019, I often compare following the sport at the granular level to following, I don’t know, darts. Watching two full conference season Kansas games a week feels increasingly less justifiable to friends and family as excuses for not spending time with them. But the NCAA tournament is near, and as always that annual event will occupy a giant spot in the sports discourse. It would not be surprising to see Ja Morant and Murray State’s super-uptempo, super-fun style of play become the belles of the ball.

Morant’s ascent is inspiring on many levels. No longer do you have to hit up Kentucky for a year to have a crack at the lottery. While I don’t think Morant will ever pass Williamson, who is hacking college basketball, on a draft board, his narrative is one I think even casual college fans could get into.

So who the hell is Ja Morant? He’s your new favorite dude.