Some say he’s the next Russell Westbrook. What’s his deal? 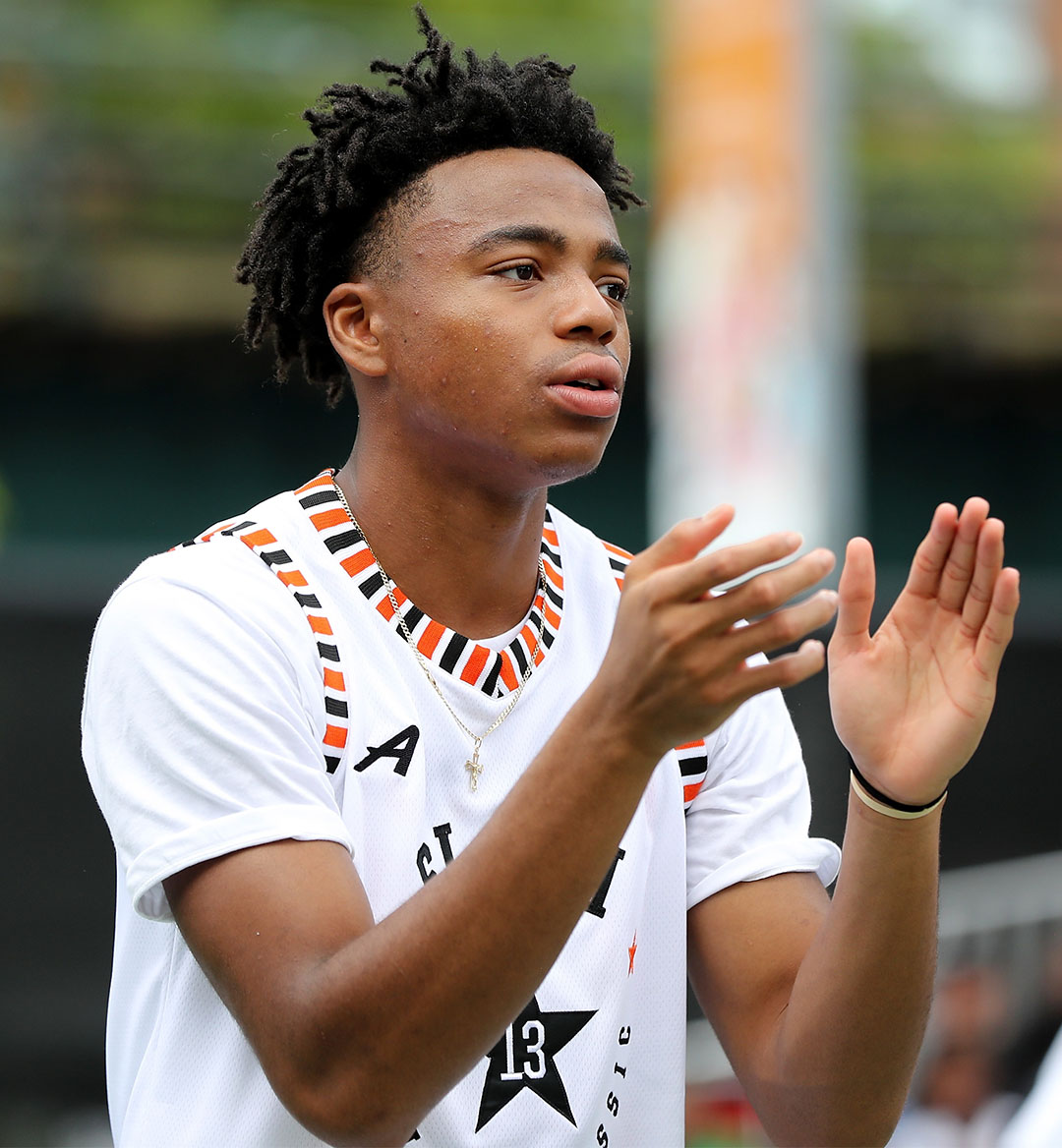 The high school class of 2019 is one of the most exciting in a generation.

From a size standpoint, you have young studs such as James Wiseman—with his 7-foot, 230-pound body frame—who can get up the floor and pass as well as any guard in the nation. When it comes to athleticism, Gatorade National Player of the Year winner Cole Anthony is wowing fans with his eye-popping in-game dunks and ability to become a superb shot blocker at the point-guard level. Then there’s one young man who is often being overlooked in discussions on who could be college hoops’next Zion Williamson–like figure: Jalen Lecque, the game-changing, momentum-swinging playmaking point guard.

Lecque, a 19-year-old from the Bronx, New York, will be graduating from Brewster Academy, a powerhouse prep school that has produced plenty of NCAA and NBA greats. In the fall, he will take his talents to NC State. Ranked No. 34 in the class of 2019 according to ESPN’s Top 100 list, the 6-foot-4, 190-pound point guard brings a new level of excitement to the position. His ability to get his teammates involved is what college recruiters have been raving about.

But it’s his super-aggressive demeanor when it comes to attacking the rim that often leads to a thunderous jam that has made him a favorite amongst hoops fans. His elusiveness, ability to adjust in midair and elevate to insane heights to dunk on his opponent’s big men has already started to draw comparisons to NBA MVP Russell Westbrook.

The sky is the limit for Lecque, as there’s been talk of him forgoing college and entering the 2019 NBA draft. After all, the new collective bargaining agreement has established that a player can declare for the NBA draft if he completes at least one year of college or has turned 19. If he decides to put his name into the draft pool, Lecque can be a projected late first rounder or mid second round pick as teams may be willing to invest in his growth as an NBA point guard.

All signs point to Lecque attending NC State for at least a year, though. His college experience will serve as a stepping stone to help him grow and mature as a ballplayer. After all, when you get the chance to compete against cross-town rivals Duke and UNC as well as ACC powerhouses such as Virginia and Syracuse on a nightly basis, it’s an opportunity you simply cannot pass up.

If you need proof of how legit Lecque is, be sure to tune in on April 20 for the 2019 Jordan Brand Classic. Las Vegas is the place to see top-rated high school studs such as Cole Anthony (undecided), Vernon Carey Jr. (Duke), Anthony Edwards (Georgia) and Lecque go at it one last time as high schoolers before they step onto a college campus. Make sure to get your popcorn ready, because this future NBA All-Star will give fans just a taste of what is sure to come.