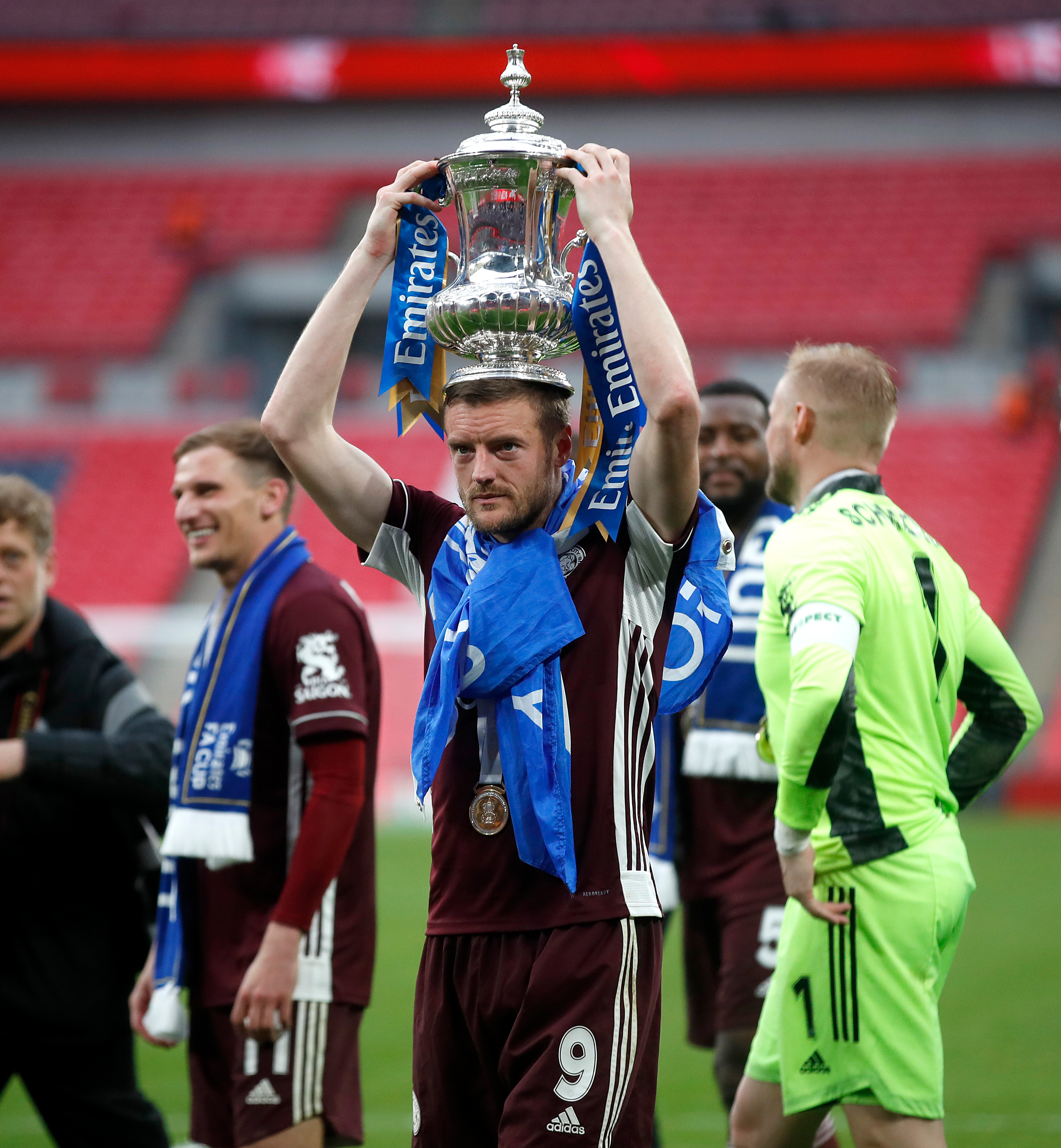 Leicester City will forever be known as the club that overcame 5000 to 1 odds and hoisted England’s most prestigious trophy; the Premier League in 2015/16.

Since that time, the Foxes have lost a number of star players to bigger clubs like N’Golo Kante and Riyad Mahrez, who moved to Chelsea and Manchester City, respectively.

Goalkeeper Kasper Schmeichel comes from a bloodline that features his father, Peter, one of the top shot stoppers in England’s long line of great goalkeepers.

For many mid-tiers sides -- which Leicester was prior to their historic run five years ago -- that single-season success may have been enough and the clubs would cash in on that achievement and hold back on bringing in new talents to surround those remaining at the club.

Leicester hasn’t been afraid though and helped support their star striker Jamie Vardy in every possible way. And for that, the club has been rewarded with yet another major piece of silverware.

Vardy and the Foxes captured the FA Cup over Chelsea this past weekend in a 1-0 win over Thomas Tuchel’s crew, capping off another massive feat for Leicester.

While the club’s rise has been a major talking point over the years though, Vardy’s individual story is equally impressive and deserves its own headlines.

The 34-year-old striker was born and raised in Sheffield, where he hoped to earn a contract with boyhood club Sheffield Wednesday. However, that wouldn’t be the case for Vardy.

By the time he was 16, Vardy was released by the club and left with little options if he were going to pursue a career in football.

Vardy found himself with Stocksbridge Park Steels following his time with Sheffield Wednesday, a non-league side that has commonly competed in the seventh-tier of English football.

After impressing against several upper-echelon teams, Vardy was finally rewarded with a short-term contract at Halifax Town in 2010, where he would go on to score 26 goals in a little over a season.

He parlayed that successful move with another Fleetwood Town. During his lone season with the League One side, Vardy topped his previous season’s total, amassing 34 goals in all competitions.

Vardy’s lone season at Fleetwood Town earned him his dream move to Leicester City, an opportunity to compete in the Premier League after all the years of hard work and perseverance.

While Leicester’s title-winning side was the focal point of the club over the past decade, Vardy and his teammates battled in the Championship to claw their way to the top flight in 2014.

That first season back in the Premier League in 2014/15 nearly resulted in relegation, with the Foxes finishing 17th in the league before going on to winning the title the following year.

If Vardy’s example isn’t a perfect story of determination then I’m not sure what is.