The King turns 36 today, so we are taking it back to his high school days 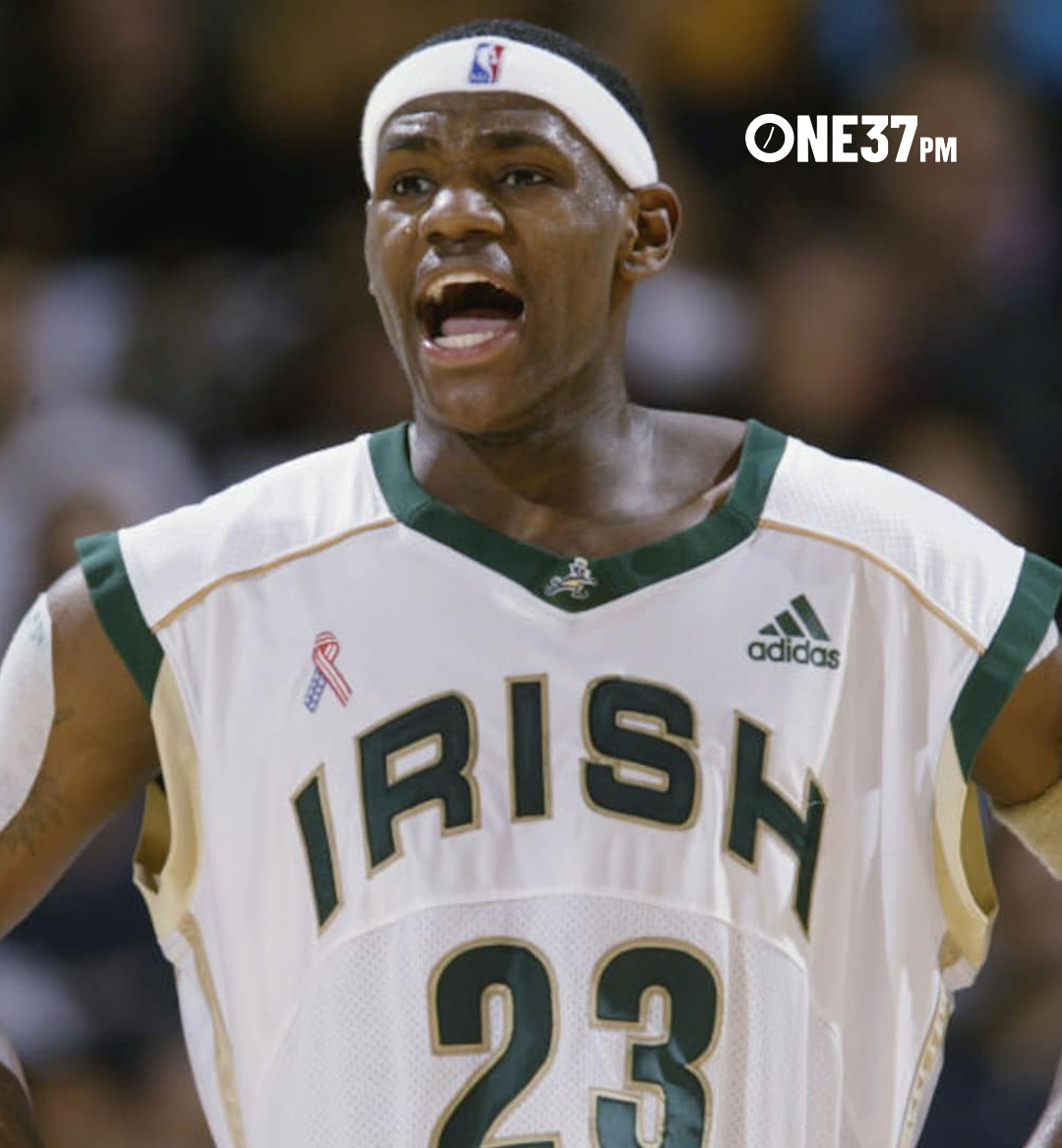 James has accomplished just about everything imaginable in his storied career, so it almost seems odd to think that there was once a time where he was a young bull with a lot to prove. To understand James’ ascent to where he is today, you have to also understand how pivotal his high school career was to his development. To this day, I’m not quite sure we will ever see a high school athlete like James in terms of hype, popularity, and expectations. Adding to the fun, the St. Vincent-St. Mary's team was loaded with talented players and familiar names such as Romeo Travis, Dru Joyce III, Sian Cotton, Corey Jones, and even Maverick Carter during James’ freshman year.

I spent my childhood alternating between New York and Ohio in the early 2000s. It was truly a magical time in the Ohio area as James was something of a ‘modern-day prodigal son.’ In 2002/2003, the entire state was buzzing over the possibility that Cleveland’s unfortunate luck could be turned around by securing the number one pick in the NBA Draft (which, of course, ended up being James). The then seventeen-year-old was on magazine covers, and the media frenzy was insane, with James and his team having multiple games broadcasted locally and nationally. Many years later, James is a sports legend, four-time champion, successful entrepreneur, philanthropist, and more. Every career has a beginning, and for James, that start is at St. Vincent-St. Mary high school. Here is a list of the King’s top five high school moments.

In a game broadcasted on ESPN 2, So Cal heavyweight Mater Dai came into this matchup ranked number 4 nationally. While the St. Vincent-St. Mary Fighting Irish were ranked number 9; they were still widely considered the underdog heading into this game. Guarded by DJ Strawberry, James was held back for most of the meeting but made sure to get his teammates involved offensively to make up for it. ‘The Chosen One’ was 8-for-24 from the field, but he still logged 21 points as his team beat Mater Dai 64-58.

Every year, the top male and female high school basketball players compete in the McDonald’s All-American showcase to highlight their skills to the world. As luck would have it, the 2003 event was held in Cleveland, Ohio, and James was sensational in front of many of the Ohioans that would go on to watch him as a member of the Cavaliers.

Representing the ‘330,’ James scored 27 points in a performance that consisted of masterful mid-air moves, dunks, and blocks. The sold-out crowd loved his performance so much that they gave James a standing ovation as he checked out of the game.

If you have seen LeBron James’ 2008 documentary More Than A Game, or even his 2019 More Than An Athlete ESPN series, then you will know just how important this title was to him and the Fighting Irish. While the team had won two of the previous three state championships, they had just suffered a devastating loss to Roger Bacon the year before. With a bitter taste left in their mouth, the St. Vincent-St. Mary’s squad was on a mission for revenge, with James leading the way in a 73-40 blowout win against Alter High, closing out one of the best high school careers of all time.

The title is pretty self-explanatory.

Going up against Trevor Ariza’s Westchester Comets, James unleashed a whopping 52 points proving his elite status as the top high school player in the world. At the time, this contest was considered a must-see, with 8,500 fans selling out the arena. Trevor Ariza was also one of the top-ranked high school ballers in the country, and apparently, this was going to be the game where the Comets "put a stop to James." Well, that didn’t exactly happen, and in addition to a 52 point effort, the Fighting Irish easily pulled away after the first quarter. That matchup was an introduction to many of the high-scoring performances we have witnessed from James since.

Long before they were a part of the ‘Banana Boat Crew,’ LeBron James and Carmelo Anthony were two teenagers on the top of the world enjoying their elite status as two of the country's best high school players. The duo entertained fans and millions of viewers with James logging 36 points on 12-of-27 shooting and 8 rebounds, and Melo dropping 34 points on 14-of-25 shooting with 11 rebounds.

At the time, Melo’s Oak Hill Warriors were the number 1 ranked team in the country, and James’ Fighting Irish pulled off the upset in what is now considered a classic. James later went on to do his senior season at St. Vincent-St. Mary’s, while Melo won the 2003 NCAA title with the Syracuse Orange the following year. Both players wound up meeting each other again at the 2003 NBA Draft, and the rest is history.

LeBron James’ career has been one for the ages so far with many defining moments. Nearly two decades after these historic high school matches, James continues to dominate securing his fourth NBA title this past October with the Los Angeles Lakers. Surely there are more memorable games ahead, but for now, we’ll just let the King enjoy his birthday.