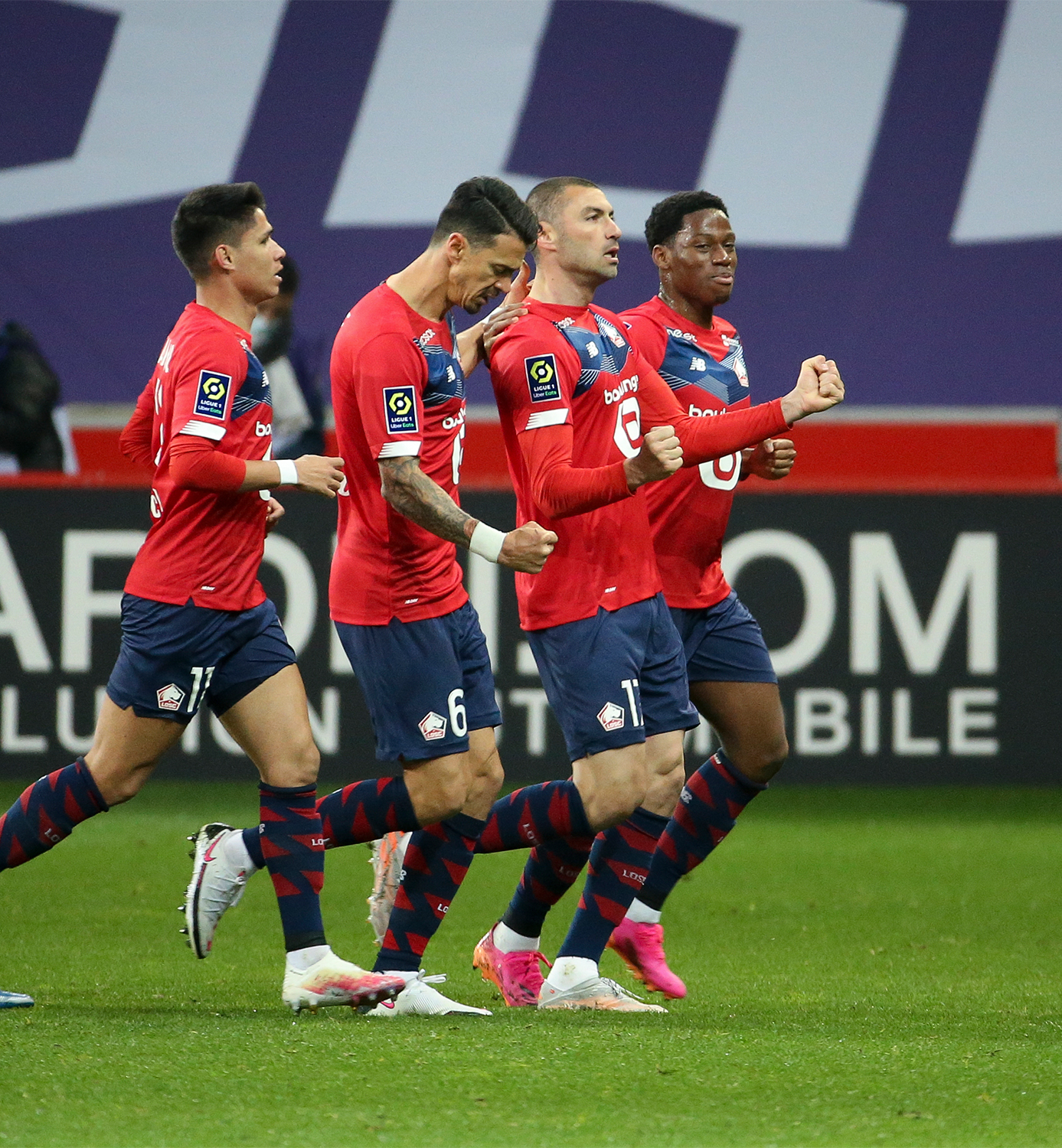 Lille hadn’t garnered the attention of many in Europe or even domestically within the French top flight for several years, but during a pandemic-riddled 2020-21 season Les Dogues are on the brink of winning their first Ligue 1 title in over a decade.

The club’s rise hasn’t come without challenges, but what’s made Lille’s success so impressive is the fact that they have parlayed a number of massive transfers away from the team into a title lead over Paris Saint-Germain, Monaco and Lyon -- all of whom are traditional powerhouses in the French top flight.

Manager Christophe Galtier has helped improve his Lille side in each season he has been involved with the club after nearly escaping relegation during his debut season in 2017/18.

Les Dogues have finished top four in each of the past two seasons prior to their current spell at the top of LIgue 1 under Galtier, and that’s in spite of the club moving on from several of its top talents.

Two summers ago, Lille had one of the most promising wingers at the club in Nicholas Pepe. The budding Ivorian scored 35 goals in all competitions during his time with Lille, but big clubs came calling and ultimately a move to Arsenal generated a $88 million move to the Premier League giants.

The club also moved star defender Gabriel to the Gunners in exchange for over $28 million, which while profitable did create two significant holes in the Lille squad.

Pepe and Gabriel’s moves to the Emirates Stadium were met with another big-money transfer this past summer when Napoli opted for the services of Victor Osimhen.

The Nigeria international left France for an outgoing transfer of $77 million, bringing their total over the last two summers to over $200 million in profits.

While most clubs would reinvest that money immediately in new transfers inbound, Lille have remained relatively quiet on that front and instead focused on the players already at their disposal.

Outside of the acquisition of Jonathan David, Lille’s added supplement pieces to bolster its attack over recent seasons, including top scorer in 2020/21 Burak Yilmaz, who at 35 years old only trails Kylian Mbappe, Memphis Depay, Wissam Ben Yedder and Kevin Volland in goal production.

Lille’s most impressive trait though might be its back line, which has conceded a league-low 22 goals over 36 matches to this point.

Spearheaded by veteran center back Jose Fonte, the French leaders have only allowed two or more goals in a match eight times across all competitions, including holding PSG, AC Milan and Monaco to under that total in at least one match.

With PSG’s enormous spending habits and the club’s success domestically over recent years under the current regime led by Qatar Sports Investments and Nasser Al-Khelaifi, Lille’s on the verge of accomplishing something quite astounding considering the club’s estimated player value is nearly one-third of their adversaries from Paris.

We’re no stranger to seeing Cinderella stories like this take shape in other sports, most often in the United States.

Leicester City’s incredible 2015/16 Premier League title run or Stuttgart’s 2006/07 Bundesliga-winning campaign brought out two of the more incredible outliers in the Big Five leagues across Europe given the exorbitant spending that has transpired over the past two decades in Europe.

While it’s not a done deal yet for Lille, who still have matches against St Etienne and Angers to play, the prospect of accomplishing the club winning its first title in over a decade and second post-2000 is reason enough to credit Galtier and his side for their marvelous season.