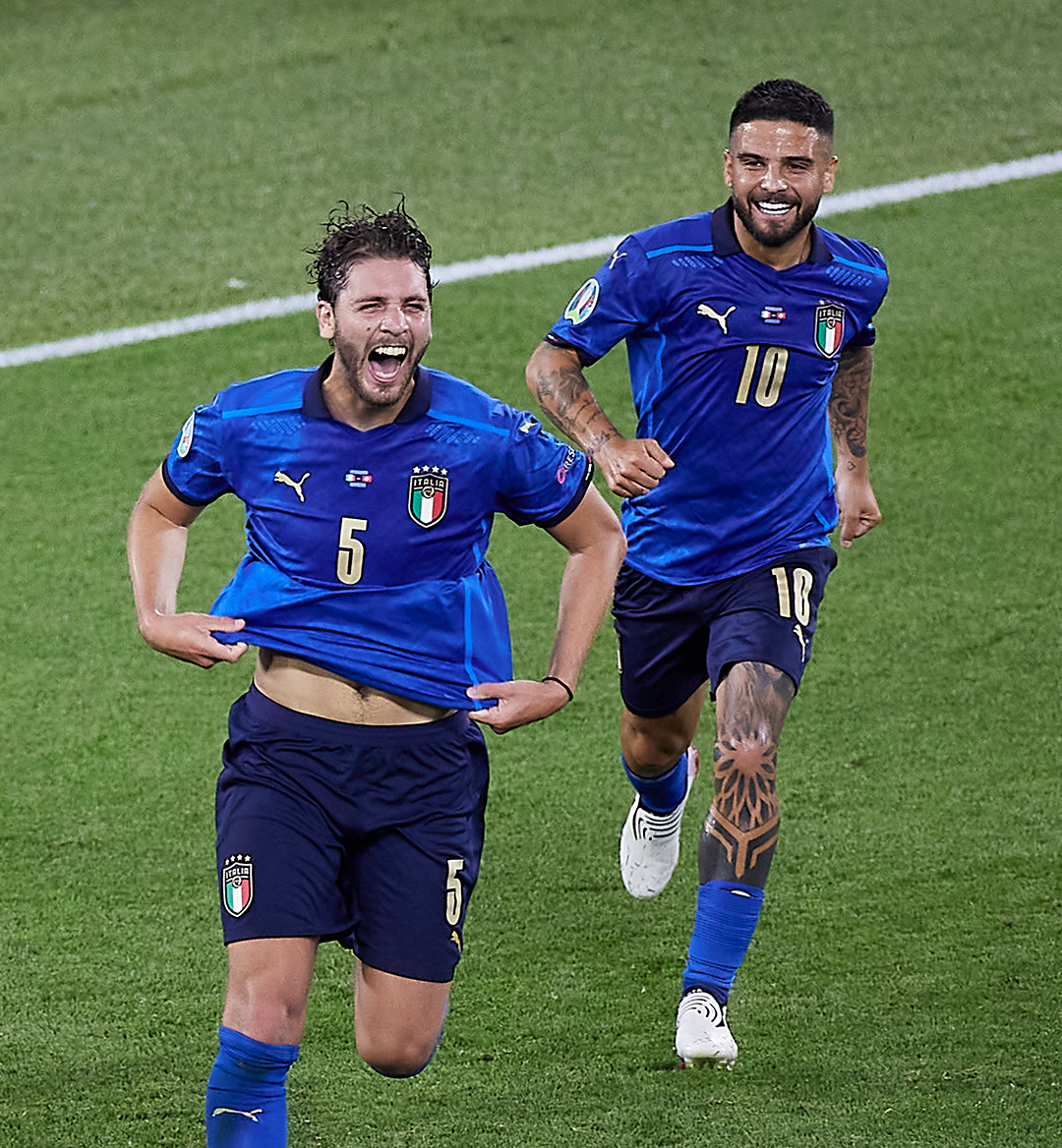 Italy’s Euro 2020 journey is continuing into the quarterfinals, and with Roberto Mancini’s side making real noise at the tournament people are beginning to take notice of players they hadn’t previously watched.

Manuel Locatelli fits that build and has quickly become one of the most critical players in the Azzurri’s success through their first four matches this month.

He’s quickly been linked to Serie A giants Juventus and could make a move after a major summer performance for Italy at the European Championships.

Let’s take a closer look at Locatelli and his rise to stardom on one of the biggest competition stages in football.

Locatelli began his career at AC Milan, so he was never a stranger to the spotlight, however, the San Siro side didn’t view him as a long-term answer in the club’s midfield despite coming up through their academy.

The Azzurri midfielder only played in 48 matches for Milan before moving on loan to Sassuolo, where Locatelli really began to shine in Serie A.

Locatelli had a strong belief in himself and requested a permanent transfer away from Milan, which allowed him to grow even further at Sassuolo.

In 2020, he received his first call up to the senior Italian national team and has since become a regular for Mancini’s Azzurri.

That included starts in two of Italy’s four Euros matches this summer. Locatelli even scored twice against Switzerland in the group stage.

Locatelli’s holding midfield position doesn’t preclude him from making forward runs, which makes him such a threat going forward.

Although he's often employed to defend and break up attacks from the opposing side, Locatelli is very smart on the ball and knows when to pick his spots moving forward.

The 23-year-old doesn't have the most pace in the world, but his vision is especially strong and resembles players of the past that made Italy so great throughout the years.

Juventus feels like the next club for Locatelli and it makes all the sense in the world when considering what the Bianconeri need at the moment.

With Cristiano Ronaldo aging and the club as a whole on the older side, they need more influence from the youth in their squad and adding a versatile player like Locatelli would improve the side on both ends of the pitch.

The Old Lady added Weston McKennie last season and he began to put his own stamp on the team, so a pairing of the American and Locatelli could do wonders in the Juventus midfield.

Even if Locatelli doesn't complete a move this summer, which would be quite surprising, he's one of several reasons why Sassuolo is on the Serie A map once again and it would be wise to follow his career moving forward because his improvement is clear.