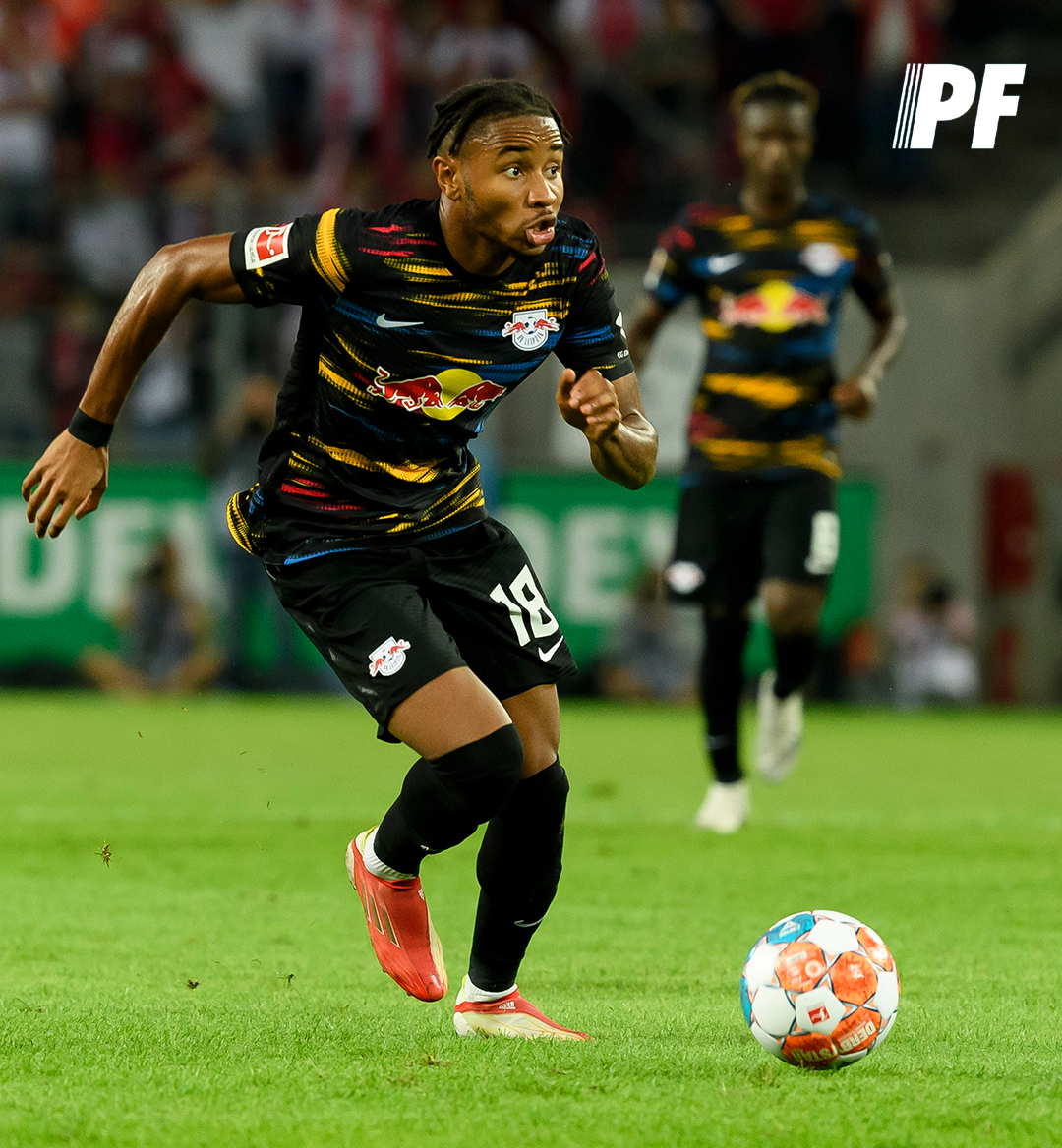 RB Leipzig has experienced some turbulence to start the season, but one player that is leading the charge for the German side is Christopher Nkunku.

The Frenchman’s recent hat-trick against Manchester City in the UEFA Champions League was overshadowed by Leipzig’s poor defensive showing -- which saw the team concede six goals -- but Nkunku continues to be a significant bright spot.

Leipzig has become a hotbed for budding talent over recent seasons, with Timo Werner, Dani Olmo and Tyler Adams a few of the names to have succeeded in some shape or form.

Nkunku, though, is offering a major glimpse into how productive he can be for Leipzig though, after scoring four goals in his first seven matches this season.

During his first two seasons at Leipzig, Nkunku combined for 12 goals, but based on his start to the 2021/22 campaign it’s a safe assessment that he has plenty more in store.

The 23-year-old earned his start at Paris Saint-Germain, a club that has become one of the preeminent forces in European football over recent seasons.

Despite making 27 and 29 appearances, respectively, during his final two seasons at the Parc des Princes, Nkunku was displaced in the lineup and ultimately sold to Leipzig for roughly $14 million.

With the arrivals of Neymar and Kylian Mbappe there wasn’t much room for a young player like Nkunku, who was worthy of more minutes.

Nkunku was a promising member of PSG’s academy set up, rising through the club’s youth ranks before reaching the senior squad in 2015.

After joining Leipzig, Nkunku needed a bit of a transition period and wasn’t viewed as a focal point of the attack during his first two seasons at the club.

With new manager Jesse Marsch involved at the Bundesliga side Nkunku is thriving early in the season despite the club’s overall struggles.

Being involved in the Leipzig attacking midfield has given the club a stable force to rely upon since the departure of Timo Werner last season.

The club has struggled to find a consistent outlet to score goals and even though Nkunku isn’t viewed as a true No. 9 he is more than capable of doing well in advanced positions.

The Frenchman is widely praised due to his ability to shift positions as well. Although he’s primarily a successful attacking midfielder, Nkunku has played a role out wide and uses his versatility to help his side.

Nkunku grew up idolizing Marco Verratti, a former teammate of his at PSG, and believes he plays a similar game to Italy international because of their size.

“I’m inspired by his game,” Nkunku said of the Italy international. “He’s not the biggest but he knows exactly how to use his body on the pitch.”

Although Nkunku isn’t the tallest, his speed and creativity with the ball makes him a lethal threat for Leipzig.

Nkunku leads the charge for a young Leipzig side and with a strong season it’s not impossible that many of Europe’s best sides will express interest in the attacking midfielder.

The talent is certainly there to put himself into the mix with the full French national team in the coming years, but Les Bleus do happen to be one of the most competitive sides in the world.

Displacing players like Antoine Griezmann, Mbappe and Paul Pogba would be quite challenging, but Nkunku has already put himself into the mix with his rise at both PSG and Leipzig.

Nkunku’s biggest challenge this season will be how the rest of his Leipzig squad holds up. If he’s able to to gather some support up front from young attackers like Olmo and Dominik Szoboszlai then there could be a chance that Leipzig seriously contends in Germany.

It seems like only a matter of time until Nkunku takes another significant step in his career though, whether it's for club or country.