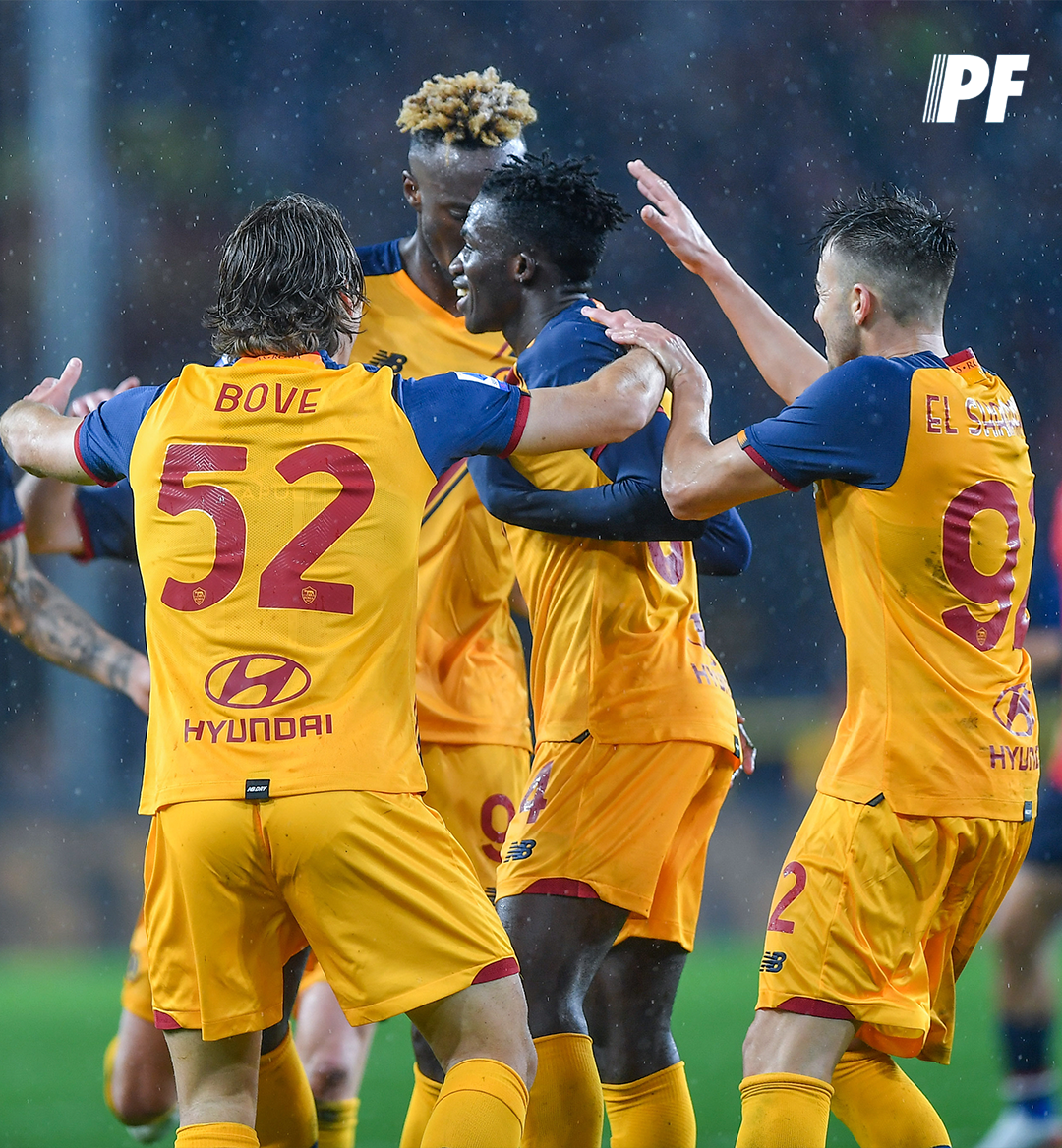 AS Roma may just have a new star on its hands, and the wild part is Felix Afena-Gyan hasn’t even been at the Serie A club for over a year.

When the Ghanian joined the club in early 2021, he had never played competitively outside of his native country.

Afena-Gyan signed on at Roma in January and has quickly made a name for himself at the club after recently receiving several appearances for the club.

That attention has only been magnified after his performance over the weekend against Genoa, which saw Afena-Gyan score a brace in a substitute role.

Jose Mourinho’s connection with the attacker has also made for an intriguing storyline as Roma looks to build on several young players at the Portuguese manager’s disposal, including striker Tammy Abraham.

Mourinho told reporters Sunday of how Afena-Gyan begged him for a pair of boots he wanted, and naturally Mourinho said he’d oblige after the tremendous performance he just put in.

“I had promised to buy Felix the boots he really likes, which are really expensive, they cost €800, so he ran over and told me not to forget! Tomorrow morning, the first thing I do is buy him the boots,” Mourinho said.

It’s early to say where Afena-Gyan will be best-utilized, but given his speed and natural scoring abilities it’s very likely that Mourinho and Roma will position the 18-year-old on the wing or as a false 9 as another attacking outlet along with Abraham.

The duo of Afena-Gyan and Abraham could certainly light a much-needed spark for the club, who currently sit fifth in Serie A, 10 points off the pace set by Napoli and AC Milan.

His second goal against Genoa was particularly impressive because of Afena-Gyan’s willingness to shoot from distance. After picking up a loose ball on the left wing, the Ghanian quickly cut inside on his preferred right foot and found the far corner from beyond 30 yards.

Given how quickly the youngster is finding minutes at Roma, it’s conceivable that Italian fans will be hearing Afena-Gyan’s name more frequently moving forward.

The 18-year-old recently earned a call up to Ghana for their World Cup qualifying match against Ethiopia, and given Ghana’s rich history over the past two decades on the international stage Afena-Gyan’s stardom will continue to rise.

Afena-Gyan became the first player born in 2003 to score a goal in Serie A, marking the territory for other young players looking to put their stamp on Italian football.

“Mourinho is a great person, a great manager and a great coach,” Afena-Gyan said following the Genoa match. “He gives you the motivation to learn every day. I am very happy he is here.

“Tonight is a dream come true. It was my first goal, I was hoping for a very long time. I want to continue my performance, prove myself and do more in future.”

Afena-Gyan’s career is already off to a bright start and he’s yet another reason why so much attention is being drawn to Serie A.