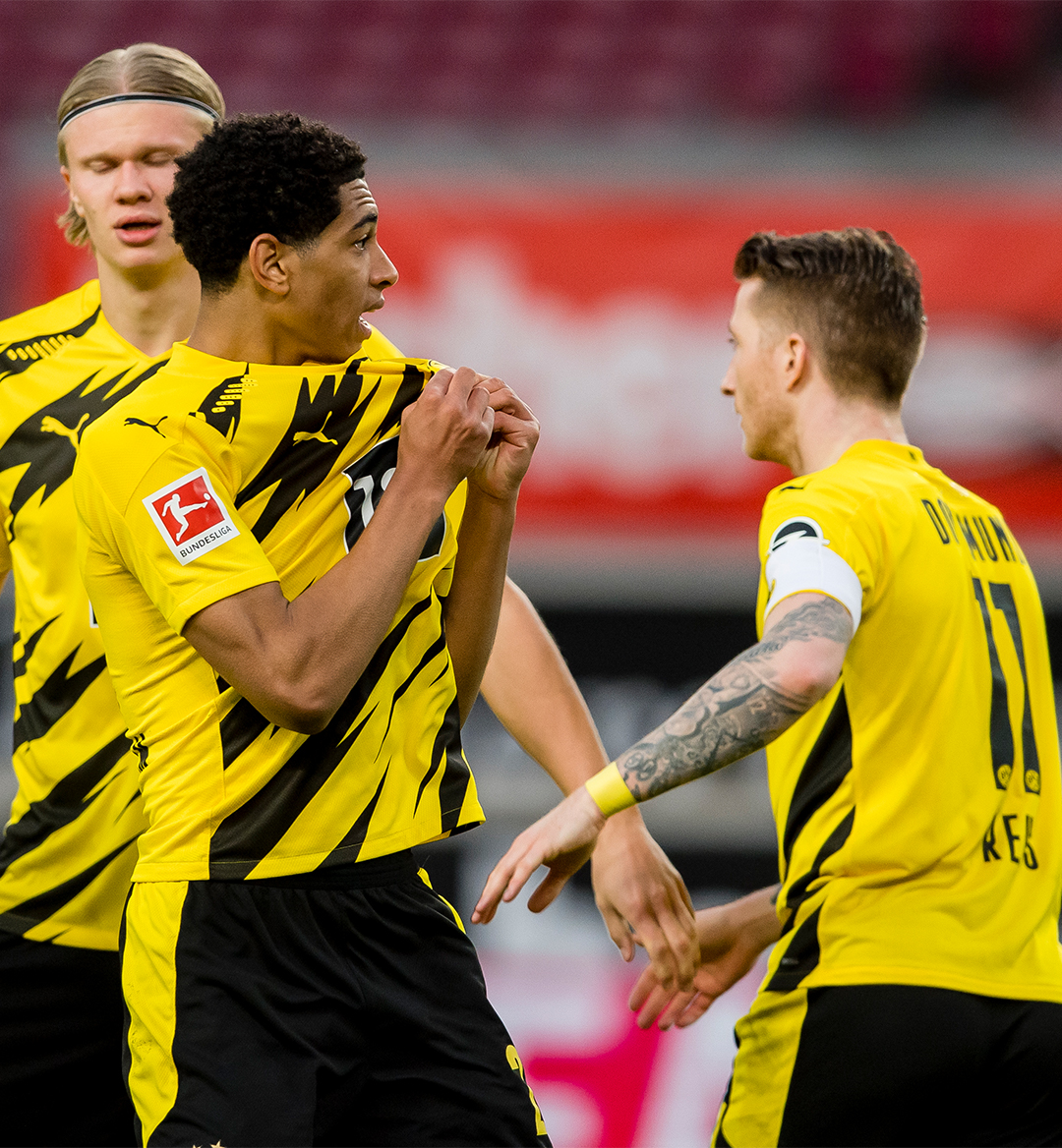 Borussia Dortmund has produced an incredible amount of talent over the years. From Mats Hummels and Robert Lewandowski to recent success stories like Ousmane Dembele and Christian Pulisic, the Bundesliga outfit has continually made it a habit of creating a pipeline for young stars to ball out.

Their current squad features the likes of Erling Haaland -- one of the brightest stars of all -- Jadon Sancho and Giovanni Reyna, but there’s another prospect making headlines due to his age and early impact for the German giants.

His name? Jude Bellingham, the 17-year-old Englishman taking his side by storm and very early in his Dortmund career already being considered one of the most talented the side has ever seen at such a young age.

Bellingham came up through the Birmingham City system in England, and spent nearly half his young life at the club after joining as an Under-8 player in 2010. From there, the midfielder’s rise through the ranks of Birmingham exceeded all expectations.

After impressing with a number of the English outfit’s youth sides, Bellingham made the leap to Birmingham's senior team before his 17th birthday, becoming the youngest player in the club’s history to suit up.

Bellingham appeared in almost every game during the 2019/20 season for Birmingham, and nearly made a move away from the Championship side midway through the season due to the increased interest from major clubs like Manchester United.

Instead, Bellingham stayed until the end of the season after Birmingham reportedly turned down an offer from the Red Devils. That’s when Dortmund officially came calling and the Black and Yellow would complete a move for the young midfielder soon after in the summer of 2020.

Bellingham is widely-regarded as one of the most versatile players Dortmund’s ever had, and when watching the young man play it’s hard to argue. Despite often being deployed in an advanced midfield role, Bellingham has no issues tracking back on defense.

The 17-year-old is a dynamic two-way player that is very skilled at taking players on at his young age and very confident in dispersing the ball to his fellow talented attackers at Dortmund.

Bellingham will need to improve his finishing ability to really solidify himself as an elite attacking midfielder moving forward, but the amount of talent he currently possesses makes it a scary proposition to believe what he can become in the future.

There’s plenty to be excited about when looking at Bellingham moving forward. Being only 17 and already featuring for a side like Dortmund.

Becoming a regular in the German side’s starting squad has amplified Bellingham’s exposure early in his career, playing in Champions League and starring in key matches domestically against Bayern Munich and RB Leipzig.

Given the nature of Dortmund’s previous business, it wouldn’t be surprising to anticipate Bellingham following the lead of other notable players of the past and completing a move to the Premier League or another top five league in the coming seasons once he becomes even more established.

With Man United and other English sides already taking notice, Bellingham will surely look to feature in the Premier League over the next five years. That’s on top of his growth with the England national team, who has already called up the youngster after starring for several of The Three Lions’ youth national teams.

With the 2022 World Cup falling next winter instead of the traditional summer competition, Bellingham will actually have more time to make his case for England, especially if he makes Gareth Southgate’s Three Lions side for this summer’s EURO 2020.

There’s no question England boasts a strong, youthful midfield, featuring Mason Mount, Declan Rice and Phil Foden, but Bellingham’s rise has him firmly in the mix to become a mainstay with the Three Lions in the near future.