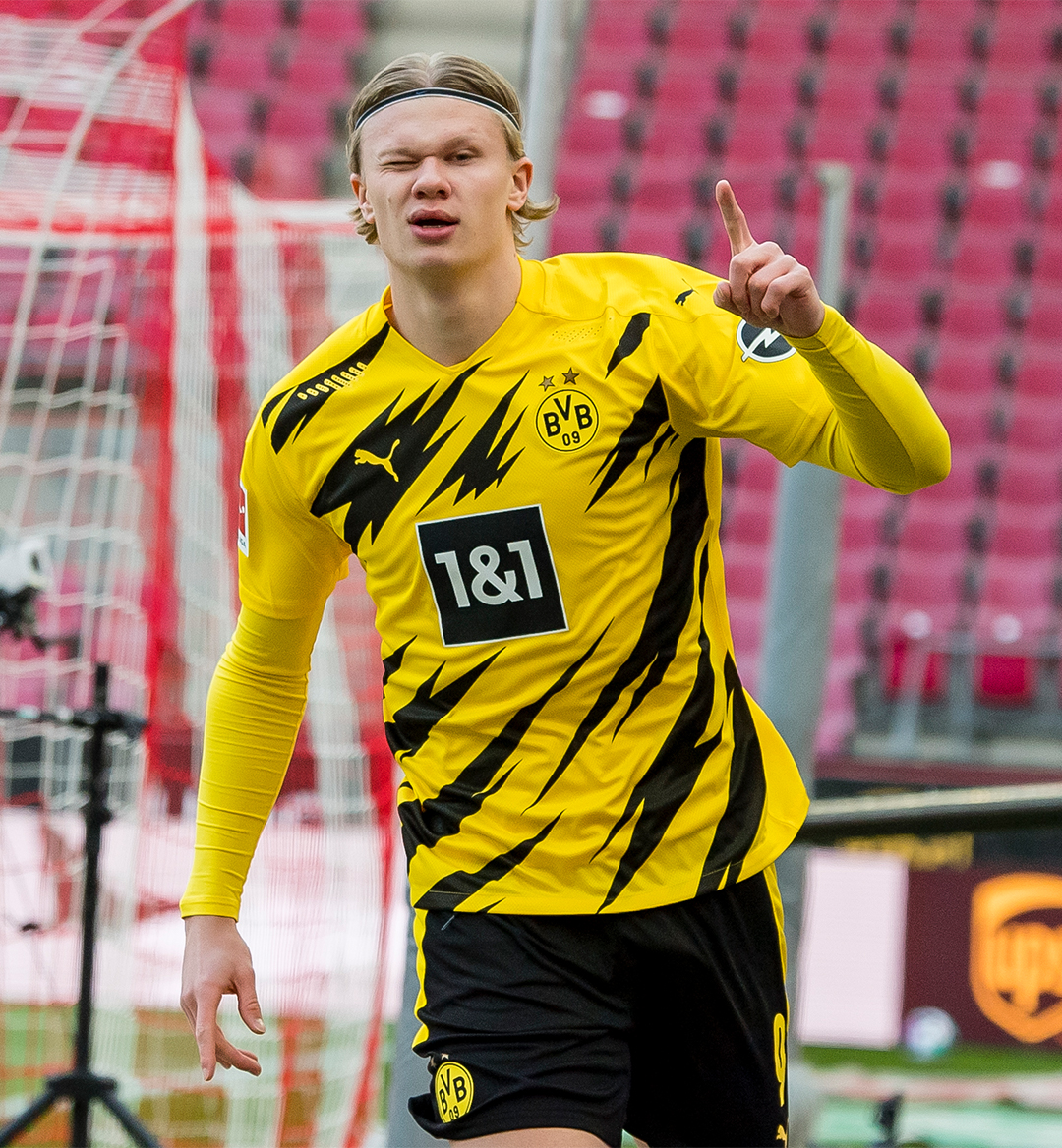 It’s with no exaggeration that we may be witnessing the two greatest strikers in Bundesliga history battle one another on a regular basis with Robert Lewandowski and Erling Haaland taking Germany by storm almost every week.

Although Lewandowski has been doing it for some time now, Haaland’s impressive form at such a young age has immediately made him one of the biggest commodities in not just Germany but all of Europe.

If you’re talking about top-level strikers, it’s Lewandowski, Haaland and then everyone else. That’s why Borussia Dortmund is about to be bombarded with transfer inquiries for the Norway international in the very near future.

In fact, Haaland’s super agent, Mino Raiola, and the player’s father have already begun taking meetings with a number of Spanish giants this week in order to gauge the market for his client. Barcelona and Real Madrid kicked off those meetings on Thursday, and there will undoubtedly be many more with Haaland’s team moving forward.

What makes Haaland so special though? We’ve seen great strikers of the past like Ronaldo Nazário, Pele, Eusebio and many more, but something feels different about Haaland. Maybe it’s his signature long, blonde locks or his patented meditation pose after he scores a goal.

If you’re wondering where Haaland’s sporting pedigree comes from, it doesn’t take much digging to find his father, Alf-Inge, the former Premier League midfielder/defender that had a lengthy 10-year stint in England’s top flight.

He spent his time with three English sides, Nottingham Forest, Leeds United and Manchester City, the last of which seemingly could be chasing his son in the near future as they prepare to fill their vacant striker role when Sergio Aguero exits the club this summer.

Erling’s initial path was quite similar to that of his father, beginning with Bryne FK in their native town that holds the same moniker. After that, the younger Haaland has grown swiftly at each club he’s been at and continues to do so before turning 21 years old.

In his brief time at Molde, 16-year-old Haaland scored in both his first Norwegian Cup and domestic league matches before propelling himself to RB Salzburg two seasons later. That’s when the attention on the young striker began to grow immensely.

Over the course of the 2019/20 season, Haaland’s only full campaign in Austria, the 6’4” finisher tallied an astounding 28 goals in 22 games across all competitions. That included goals in the UEFA Champions League against Liverpool and Napoli. In fact, Haaland is the only teenager in UCL history to score in his first five group stage matches.

It was after the group stage that Haaland would join Dortmund in the Bundesliga, and his legend has only grown since his historic substitute debut for the Yellow and Black when he recorded a hat-trick off the bench.

To this point in his Dortmund career, Haaland has as many goals as he does matches played with 49 finishes in as many matches. For that reason, he’s already been named Golden Boy in 2020 for being voted the top player aged 21 or under in Europe.

Haaland isn’t your typical No. 9 and that’s what makes him so difficult to compare to other players past or present. His height and power are similar to that of a Zlatan Ibrahimovic, while his ball skills and pace mirror more of a Cristiano Ronaldo.

What makes Haaland so unique is his ability to play the striker position in as many ways as his team needs him to be successful. He’s capable of playing an out-and-out role where he gets service into the box, but where Haaland is actually more dangerous is when he drops into the field of play and can find the ball at his feet in or around the penalty area.

This allows him the opportunity to either possess or find one of his teammates to disperse the ball around the pitch in the typical up-tempo manner that Dortmund likes to play. This makes Haaland incredibly difficult to defend because opposition must constantly pay attention to his off-ball movement.

Teams are also quickly realizing that it doesn’t matter which foot Haaland finds the ball on because his “weaker” right foot has proven to be just as good as his preferred left and it seems as though both options continue to improve on a regular basis.

Haaland is easily one of the two most-coveted players in the world at the moment, with Kylian Mbappe being the other. At the moment, Dortmund doesn’t appear willing to sell their star striker and understandably so given the returns he’s provided so far in Germany.

The club made it known that they won’t entertain another team activating Haaland’s release clause of nearly $91 million until the summer of 2022, however, his Raiola and Haaland’s persona team of representatives have already begun discussions with other clubs to prepare for the event that Dortmund changes its mind and fields offers this summer.

As previously mentioned, Raiola and Co. have already held meetings with various Spanish clubs, including Barca and Real, and have more on deck with various Premier League sides expecting meetings in the near future. Those clubs include Chelsea, Liverpool, Manchester City and Manchester United.

On the international stage, Haaland faces a challenge playing with Norway, who have only qualified for three World Cups in the nation’s history. Their most recent appearance was in 1998, but after not qualifying for this summer’s rescheduled EURO 2020 event Norway will now need to focus its full attention on qualifying for the Qatar World Cup.

Similar to Ibrahimovic’s national team career with Sweden, Haaland will be forced to carry his side to glory given the lack of talent he’s surrounded by. Regardless though, Haaland’s career is already on a trajectory that very few players can say theirs is headed and that’s what makes him such a joy to watch every week.