10 Soccer Transfers That Could Only Happen on April Fools’ Day 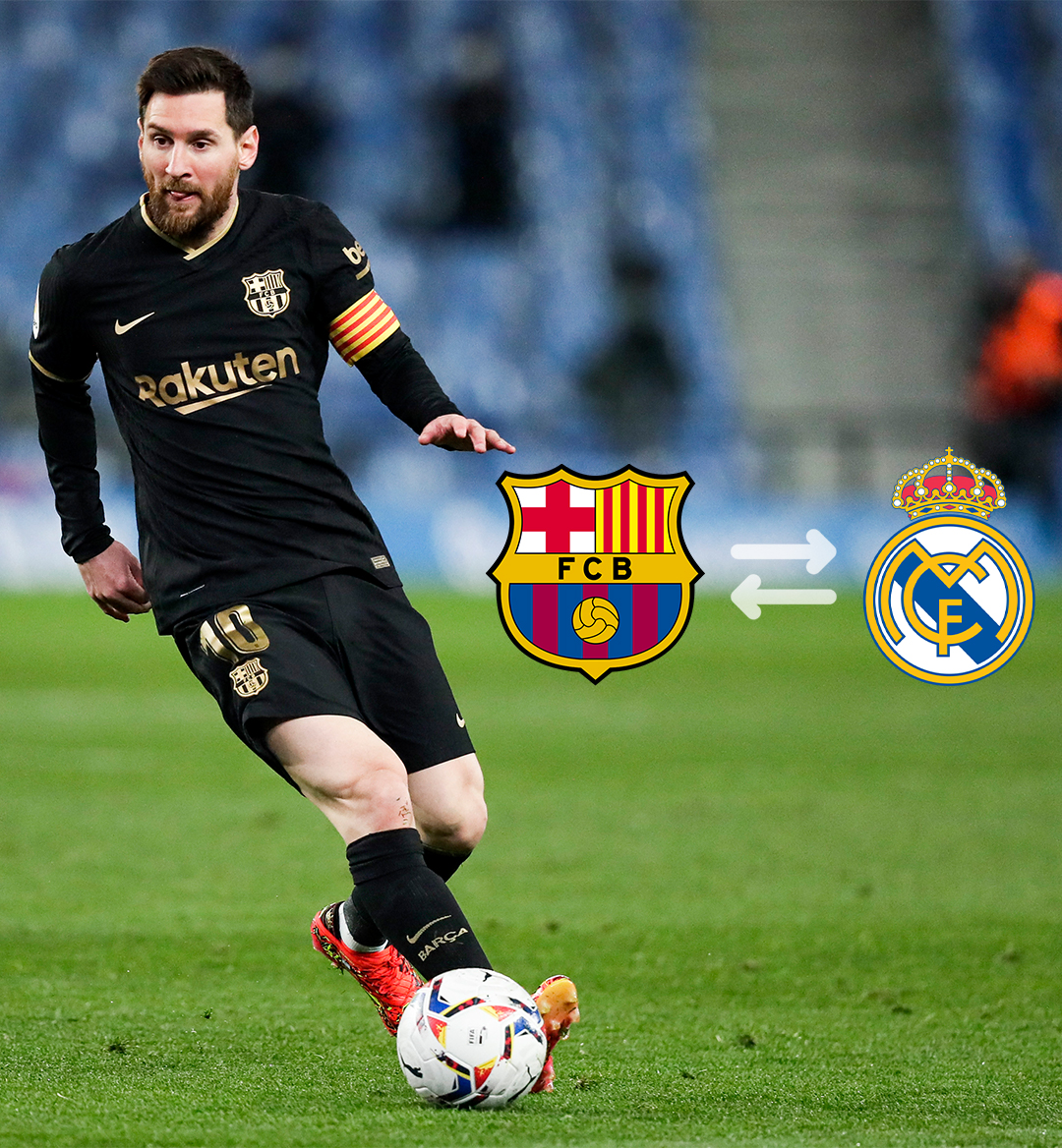 It’s April 1st, or April Fools’ Day to many of you, and every year it’s a time to prank your friends or potentially give your mother a heart attack when you leave something absolutely disgusting in the sink before she wakes up.

No matter what your ambitions are for the day, we’re going to put a Proper Football spin on April Fools’ Day 2021 with some of the best fake transfers we’ve never seen and probably never will because well, they’re pretty crazy.

For the sake of this exercise I’m only going to include current players because Diego Armando Maradona to River Plate would ruffle too many feathers and I wouldn’t want to upset the big man upstairs. That doesn’t mean we can’t find some other ridiculous rumors though, especially on a day that’s meant for the absurd.

Let’s get down to business with the 10 best fake transfers that you’ll see here on April Fools’ Day courtesy of One37pm and Proper Football.

This one is too easy right? When the Messi drama started last summer it looked like he was 100 percent out the door at the Camp Nou. The question became, where does he head to? Manchester City was a destination because of his connection with Pep Guardiola. Paris Saint-Germain seems to print money and Neymar, Angel di Maria and Mauro Icardi would’ve made the move tempting for sure. But what about Madrid?

Could you imagine La Pulga (The Flea in English) in that famous white kit? After years of Sergio Ramos chopping at Messi’s ankles, they’d get to share the Santiago Bernabeu until Messi inevitably brings up the 5-0 El Clasico beatdown Barca handed to Los Blancos in 2009. Ramos surely wouldn’t take too kindly to that.

The Spanish giants already have not one, but two Americans on their team with Sergino Dest and Konrad de la Fuente in the first team. So why not add a third? It’s clear Antoine Griezmann wasn’t the right move and Ousmane Dembele can’t seem to find consistency on top of his many injuries since joining Barca. Pulisic needs to be in a squad where a) he can play in a free-flowing attack and b) continue his development on a regular basis with other young players.

Barcelona is about to be one of the younger teams they’ve had in recent memory with Dest, Pedri, Trincão, Ilaix Moriba, Oscar Mingueza and more. We all saw what Pulisic was capable of during Project Restart last year, so hypothetically sending him to the Camp Nou isn’t really that big a stretch.

There’s a lot of ways we could’ve gone with CR7, but bare with me real quick. Man City just announced Sergio ‘El Kun’ Aguero won’t be back with the Citizens next season, so they’re in the market for a striker. Their attack is already loaded with beasts like Kevin De Bruyne, Raheem Sterling and Bernando Silva (who just happens to be a national teammate of Ronaldo’s).

What better way for Man City to finally get over the hump and win that elusive UEFA Champions League than to add a goat like Ronaldo?

Speaking of the Red Devil, huh? What a coincidence that United needs a striker and Aguero is on the market after announcing he’ll be leaving their cross-town rivals City this summer.

Aguero’s one of the top goal scorers in Premier League history and Ole Gunnar Solskjær would undoubtedly love to have the Argentine paired up with Marcus Rashford, Mason Greenwood and Bruno Fernandes. Some attack that would be and they’d have the chance to stick it to City at the same time. Perfection.

This one hurts to write a bit as someone that a) loves Boca and b) understands the meaning of the rivalry between these two historic clubs in Argentina. Similar to Barcelona versus Real Madrid or Inter Milan versus AC Milan, this Superclásico rivalry dates back over a century and divides almost the entire Argentine population.

Think Yankees-Red Sox or Duke-North Carolina, but significantly bigger. Tevez has spent two stints with Boca, including currently playing in Buenos Aires with the Blue and Yellow, and if he ever showed up in a white kit with that traditional River diagonal red stripe he would never hear the end of it.

Yes, I really just hit you with a managerial transfer, but think about it for a minute. Mourinho is and isn’t a lot of things. What he succeeds at is hunkering down defensively and Arsenal could certainly use that right about now. Pierre-Emerick Aubameyang, Alex Lacazette and the host of other attacking talents certainly aren’t the problem.

Bring in a manager that can help you out defensively and bring the Arsenal teams of the early 2000s back to life. And they’d actually be doing Tottenham a favor because we all know Mourinho’s days at Spurs are numbered.

The Austria international has been linked to Spain and may very well end up at Barcelona or Real Madrid, but if the experienced defender really wanted to shake things up he’d go to Dortmund. This club is stacked up with Haaland, Jaden Sancho, Jude Bellingham and Giovanni Reyna, but on the defensive side not so much.

They need help. Bad. Bayern spent big on Dayot Upamecano and made it clear that Alaba wouldn’t be back, so this would be quite the way to stick it to the defending Bundesliga champions.

If you’re not a fan of the English Championship then you may not be too familiar with Birmingham, but they were once a very proud Premier League club at various points in their long history. Something else you should know? They’re bitter rivals with Aston Villa, where Grealish resides.

We’ve all seen what Grealish is capable of in his time with Villa and the numerous clubs that have been linked to him over the years. If a single player were capable of taking Birmingham back to the Promised Land it would be Jack.

We never said anything about not having player swaps in this article, so I’m rolling with it. Arsenal gets the brunt of jokes in the Premier League, and this is no knock on Aubameyang whatsoever because the man is a monster in front of goal. But wouldn’t we all agree that the Gunners would kill for someone like Kane?

Just imagine Bukayo Saka and Nicholas Pepe on the wings whipping in crosses to the Englishman. I’m not saying Arsenal would officially be back because look at their defense, but they’d be a fun team to watch.

Major League Soccer is still growing, but nobody can deny that Vela has taken the league by storm and is easily the best player competing in the United States at the moment. Across town the Galaxy went out and signed a guy named Javier ‘Chicharito” Hernandez last season and in case you didn’t see how it went, it wasn’t great.

Now, Chicharito may turn out to be a good player in LA and regain his European form, but I’m sure the Galaxy wish they had selected another Mexico international because Vela has been killing it since Day 1 in Angel City.