Mike Trout’s new contract is eye-popping. But are deals like this enough to avoid a labor stoppage? 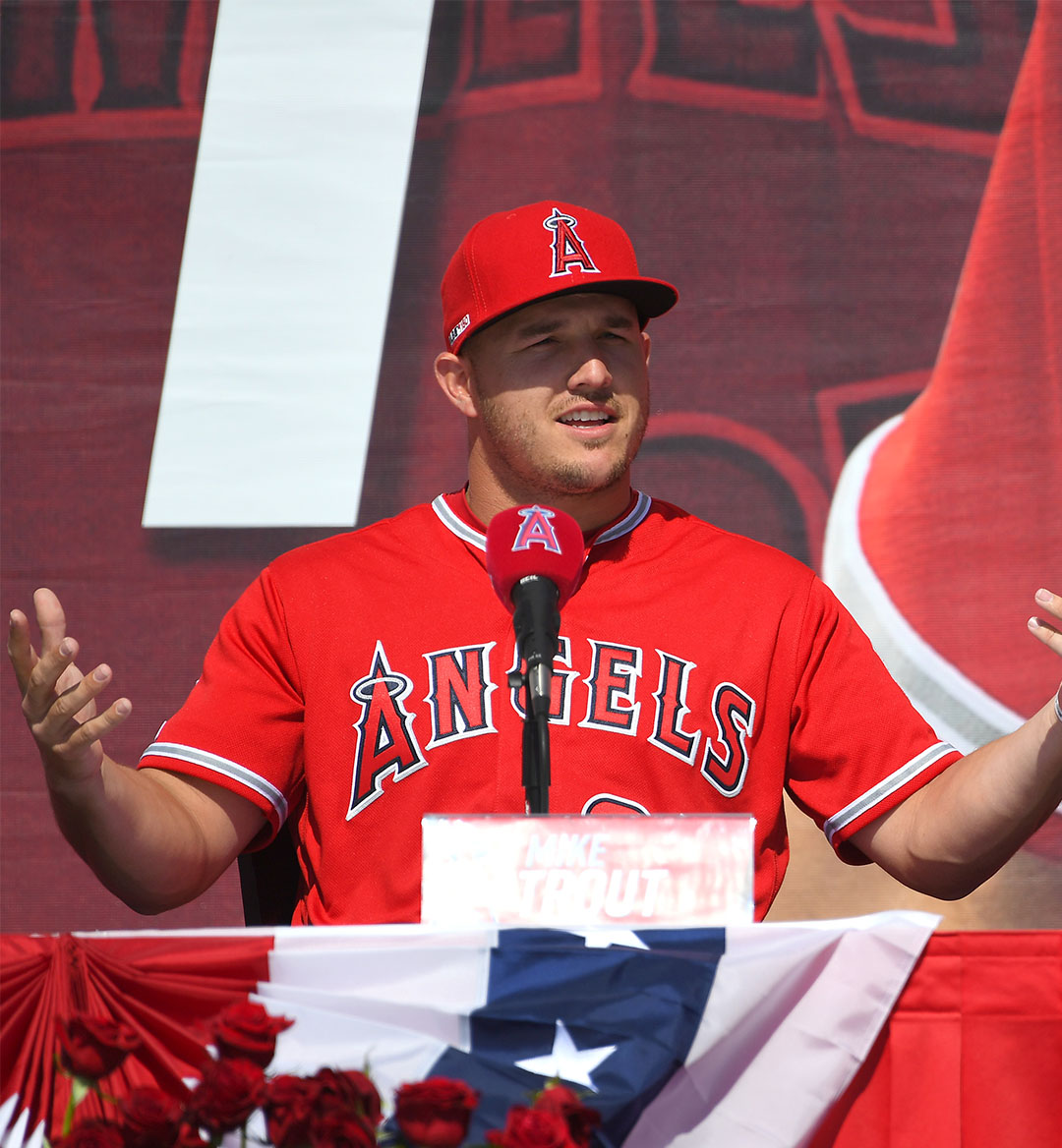 Right before this year’s MLB season began, Mike Trout signed a 12-year contract extension with the Los Angeles Angels, a contract that will likely run until the end of his career. The sticker price on the contract—$430M—is the highest amount ever awarded in one contract, breaking the record set by Bryce Harper a few weeks earlier. While these contracts sure are huge and subject to the tired usual critiques (“He gets HOW much for playing a game?”), it’s possible that signing is a concession to baseball’s sinking average wages, even as the game’s revenues continue to soar.

Harper and Machado are everything a franchise should want in a cornerstone. They’re both 26 years old and posted Top-15 WAR in MLB since 2012. Both don’t have a contract and spring training is starting.

If they can’t get a commitment in line with MLB revenue growth, who will?

Increasingly, young players are forgoing their arbitration years—contract years where players can openly negotiate theircompensation, governed by MLB’s labor laws—to sign lucrative, but relatively modest, deals. Early this month, 21-year-old Braves superstar Ronald Acuna Jr. signed through his age-28 season for $100M, providing an annual average far less than what he could command on the open market, or even in contract arbitration. Colorado Rockies star Nolan Arenado, too, signed for less than what his market price could have been, an eight-year, $260M pact that subsidizes Arenado’s prime. Both of these deals, made years before potential free agency, are bets against baseball’s labor market. More than likely, compensation in Major League Baseball will need a complete overhaul; team owners and the players’ union are that far apart. But if 1994’slabor strike serves as a lesson from history, a stoppage could be fatal to baseball, especially in an increasingly saturated live sports landscape.

When A-Rod signed his then-record ten-year, $275M deal with the Yankees, team valuations (which are a present value calculation based on current revenue) were significantly lower. In 2007, the Yankees were worth $1.2B. Now they’re worth $4.2B, a 350% growth in just over a decade. However, the deals players are signing now haven’t scaled to the rising revenues; it took 12 years to top A-Rod’s deal, even as generational talents like Trout, Harper and Manny Machado negotiated contracts. Broadcasting revenue has made owners billions, and gambling money is about to flood into the league. Gate revenue is basically just icing on the cake at this point, and players aren’t getting their fair slice.

These ballooning total money numbers will be cited as proof that top players can be compensated at a level befitting their production and value to their teams, but their paychecks are trending in the other direction. As recently as 2017, it seemed a mortal lock that Harper—who would be 26 at free agency, hypothetically entering his prime production years—would get $500M on his next contract. He got $330M. The money isn’t going anywhere. In order for baseball to be part of the future of popular American sports, the players need more of it.